Guess who turned THREE while we were in California?  (A month ago; I'm slow.)  It was this guy! 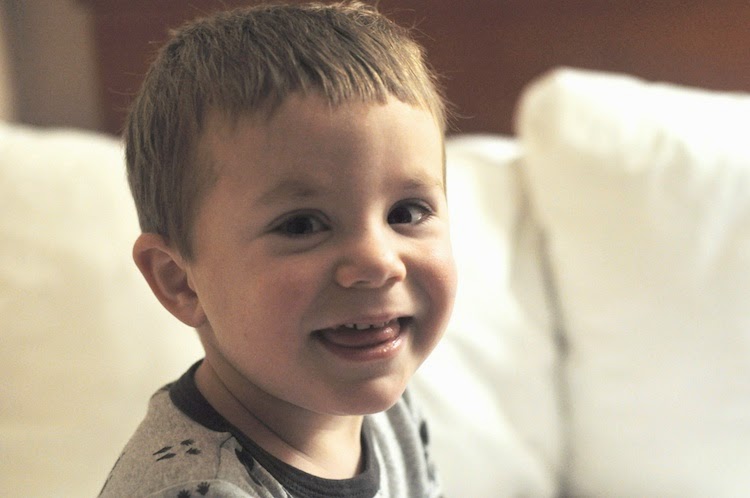 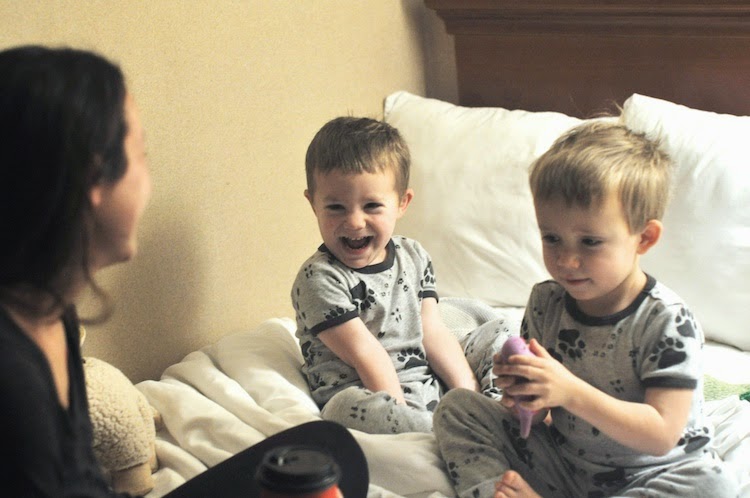 When asked what he wanted for his birthday, his reply was "oatmeal for supper."  Anything else?  "Cake."  Are there any presents you have in mind?  "Three puzzles -- teenage mutant ninja turtles, star wars, and super mario bros."  So I ordered three puzzles on amazon and had them shipped to California Gram's and on his birthday morning they were in the hotel room waiting to be unwrapped.  He went straight to work. 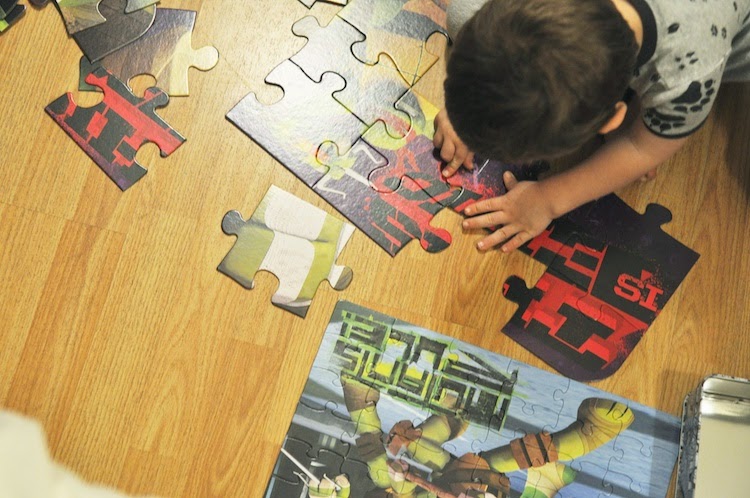 We had a nice little hotel breakfast of waffles and fruit. 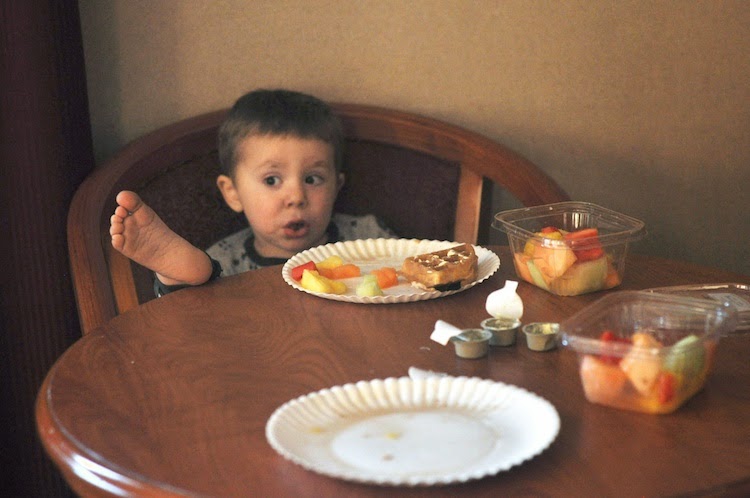 Then we went to California Gram's for the day. 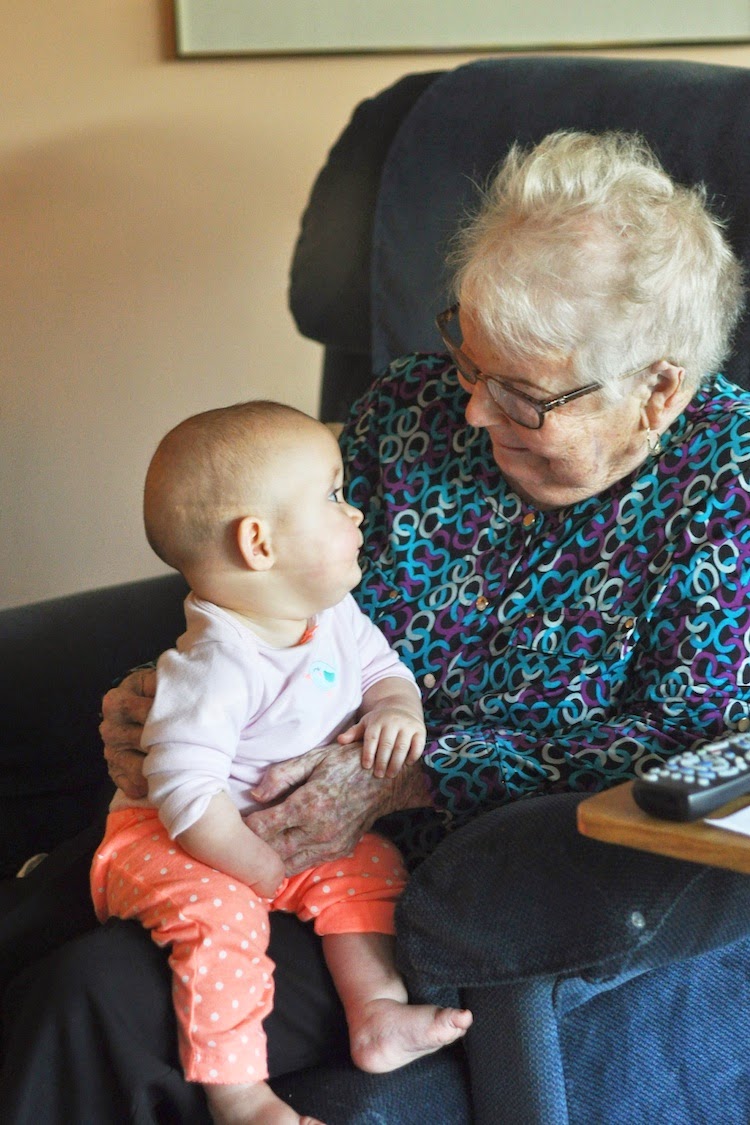 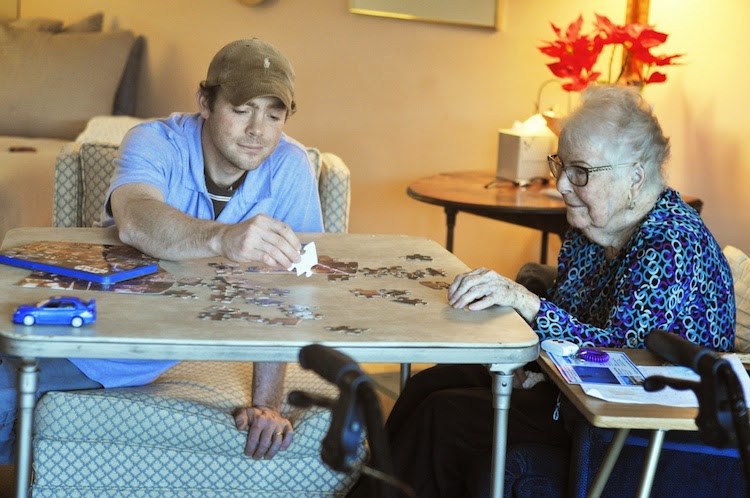 Remembering Fruit Loops from a previous hotel stay, Owen couldn't survive his birthday without some. 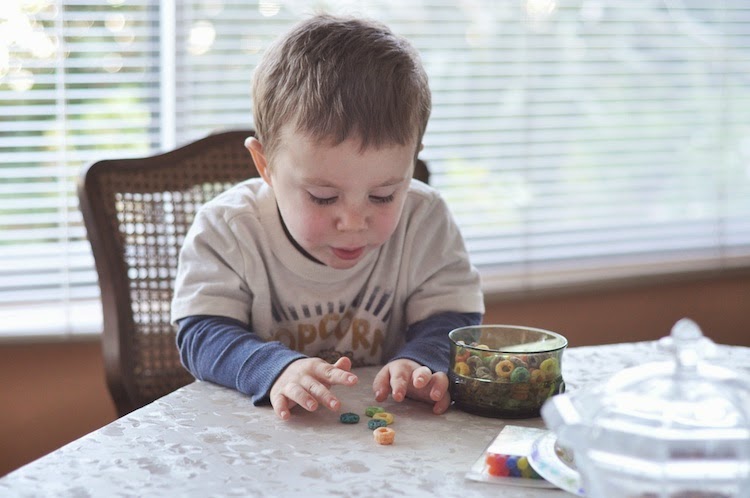 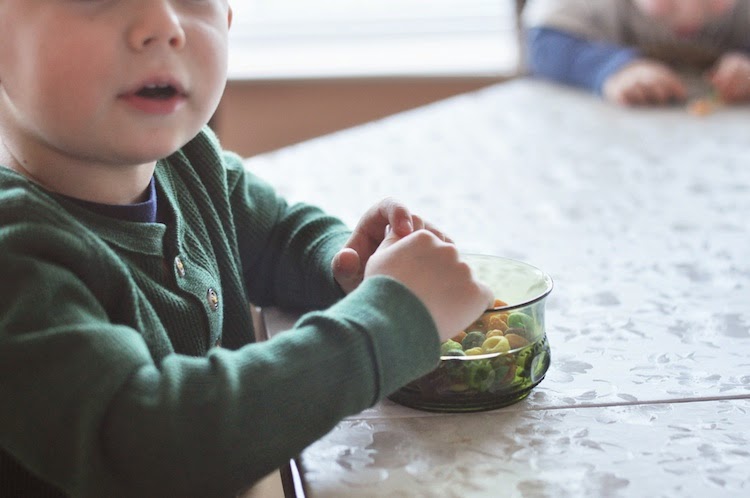 We went out to the pool for a swim... in January, by the way.  Owen was hesitant at first.  We haven't swum (swam? swimmed?) here in months, so he had to ease his way in.  Maisy went right for it; she was trying to dive her way into the pool from the moment she saw it. 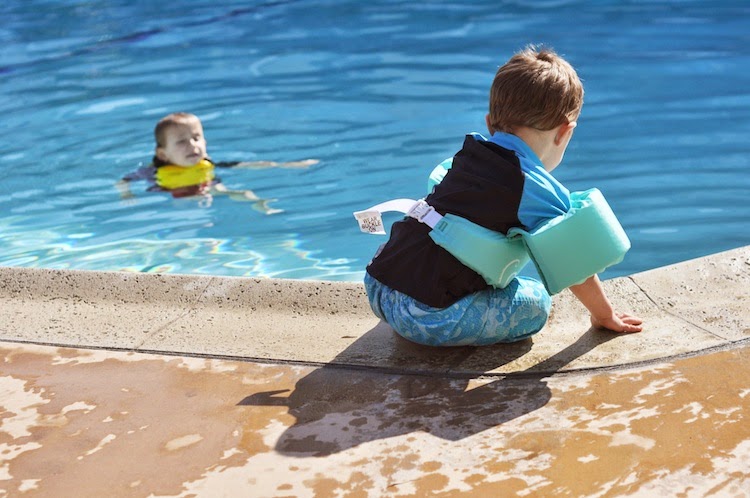 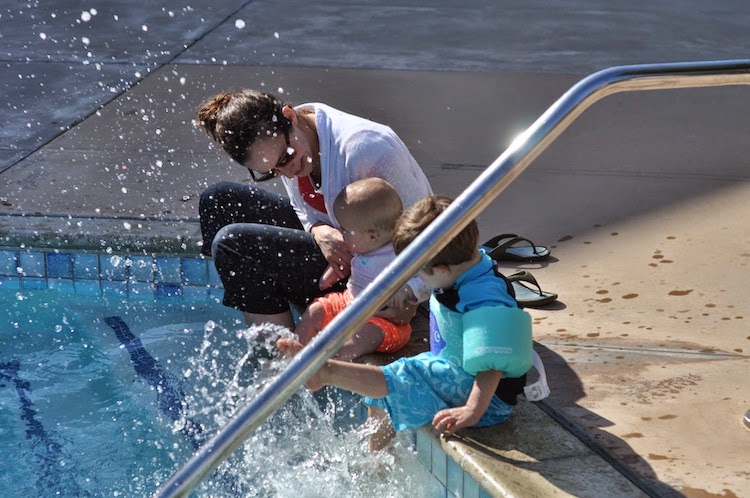 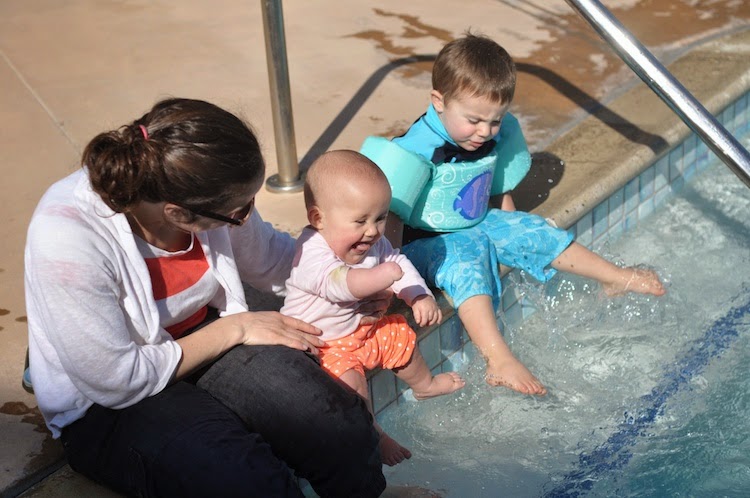 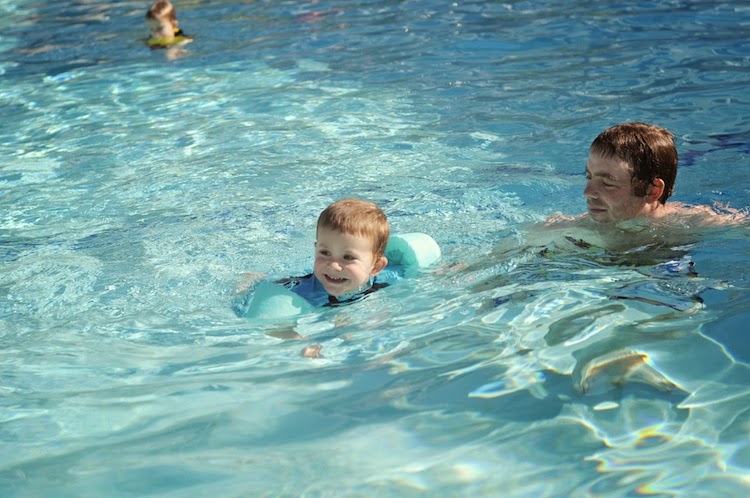 Some people -- the birthday boy in particular -- needed a little rest after the swimming and before the party, so we took the littles for a scenic drive. 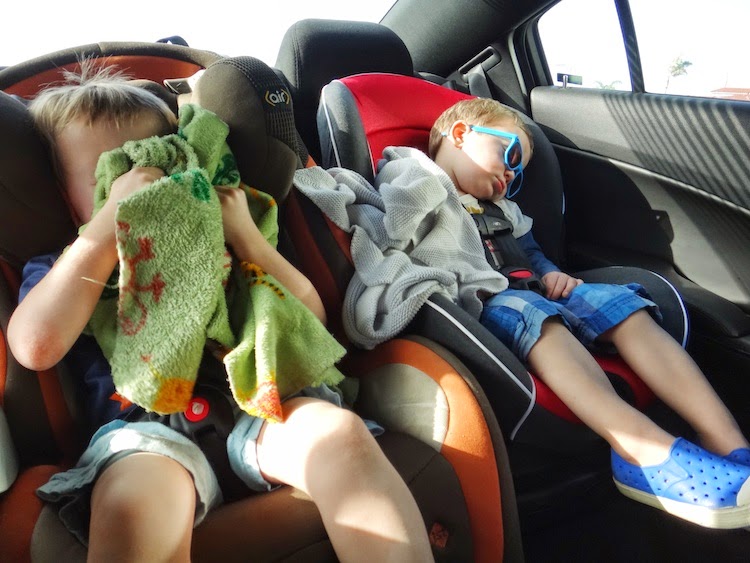 And I wanted an iced coffee, so Ben pulled up to a Starbucks.  And I'm not sure I have ever been inside an actual Starbucks.  My first trip to the 'bucks had me laughing to myself like a lunatic because... One, I ran in thinking the five dollar bill in my pocket was going to buy coffee for two, and Two, because even though I was the only customer in sight the two male baristas followed every service protocol including loudly calling out my order when it was ready even though I was standing right there, and I was the only one standing right there.

O stayed asleep while we carried him inside, and truth be told he could have slept for the rest of the night, but we had to wake him for the long awaited birthday party! 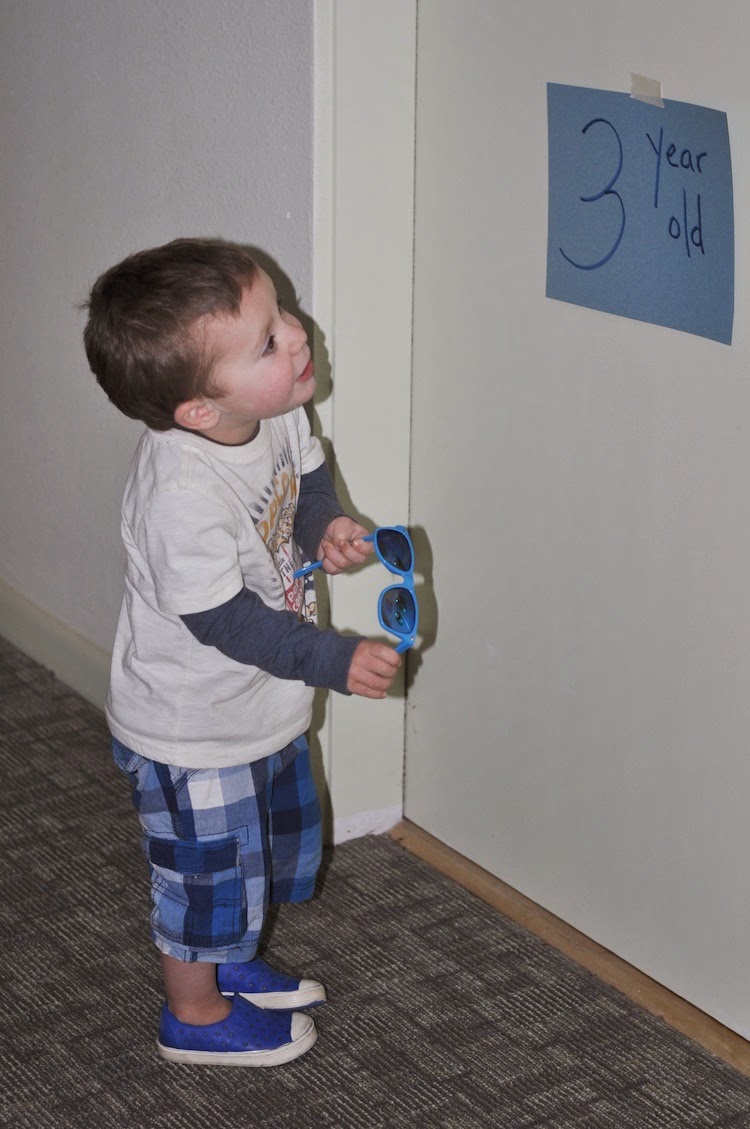 He opened cards and presents in a bit of a daze, then slowly woke up and played with everything right away. 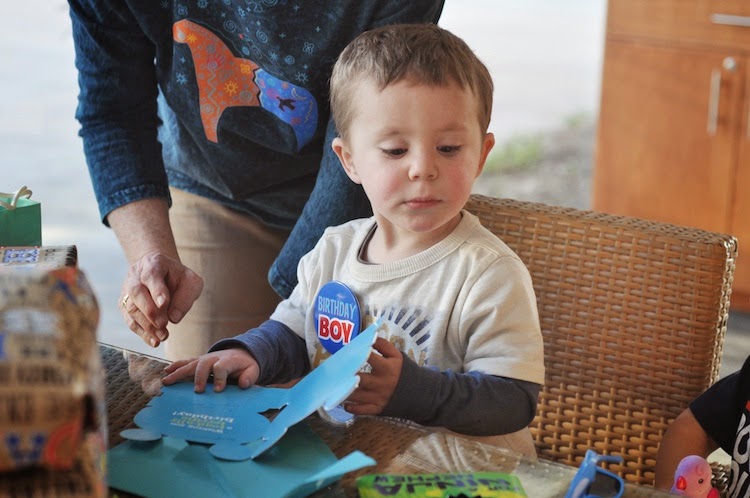 A sweet friend of Gram's gave him this Thomas bubble blower which served perfectly as party entertainment. 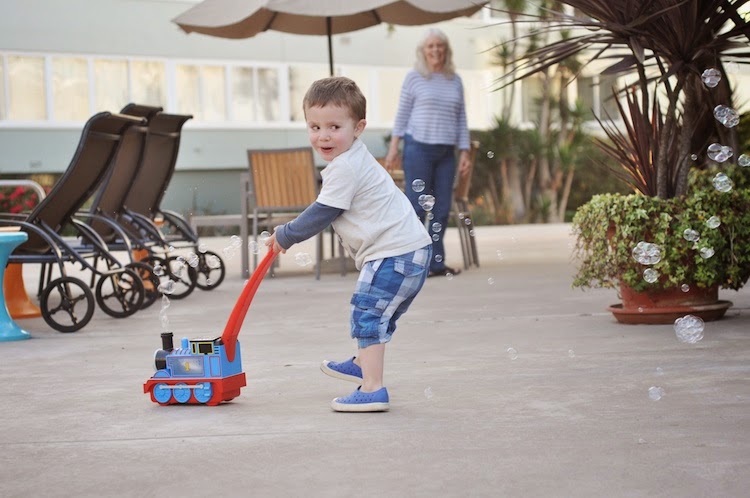 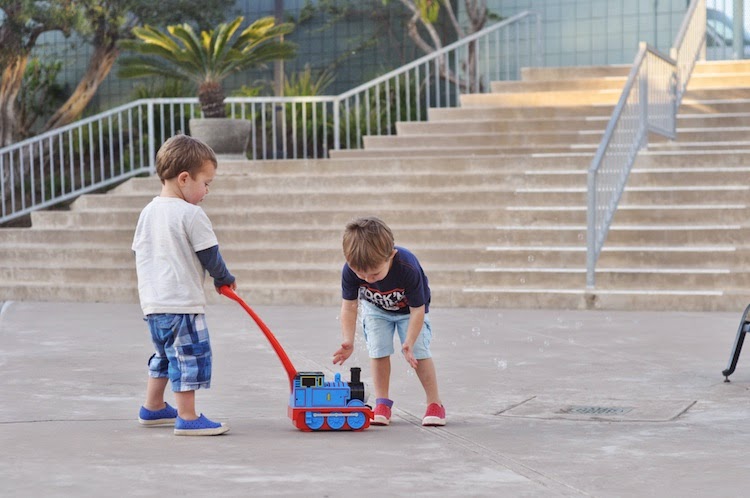 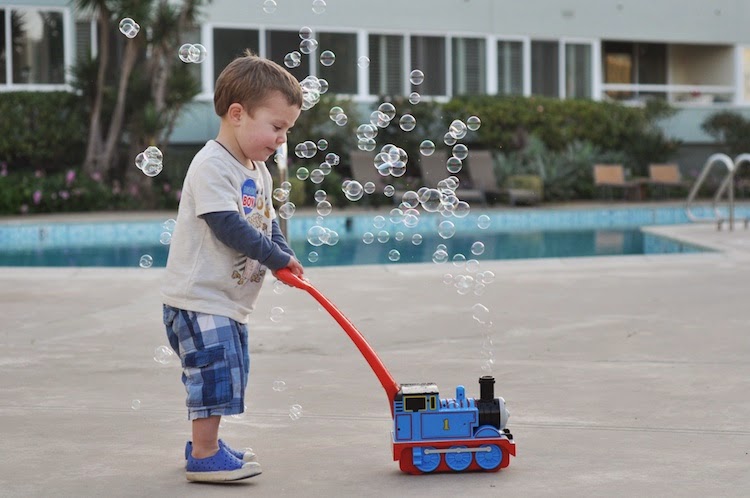 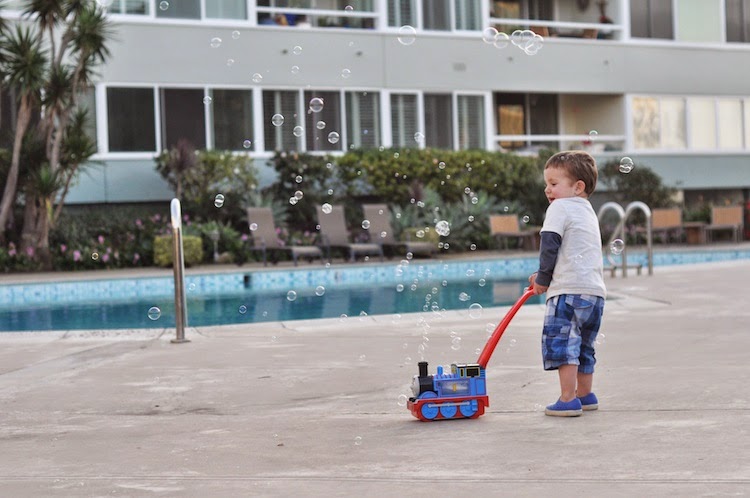 There's my love, drinking on lifeguard duty, and he deserves a post all his own because last week was actually his birthday!  But let's be honest, he won't get one because I am way behind here.  So, suffice to say: I love this guy and I love doing life with him.  We're not old yet, honey!  Many more birthdays to celebrate. 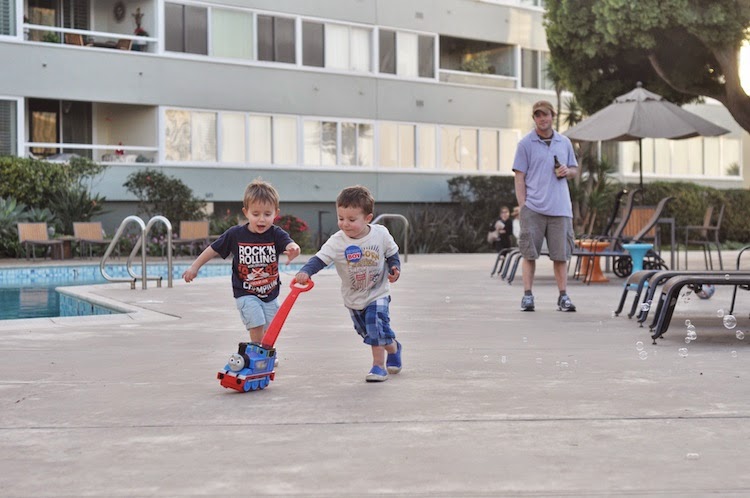 And I love doing life with this little guy also.  He's such a sweet person, usually just goes with the flow, Bobby's little parrot copying everything he says and does, always good for a hug or kiss fight.  We both cherish our "snuggle party" every night after silly time and book and story.  He lives these days for puzzles and play doh, Star Wars and Teenage Mutant Ninja Turtles.  His play lightsaber and ninja weapon fighting is pretty hilarious; he reminds us of the leaked home video of George Michael Bluth (Arrested Development, people... if you don't know what I'm talking about then watch it.)  He loves to eat, especially breakfast, so much that for most of his two-dom he spent most of many mornings at the table asking for more and more food straight through 'til lunch. 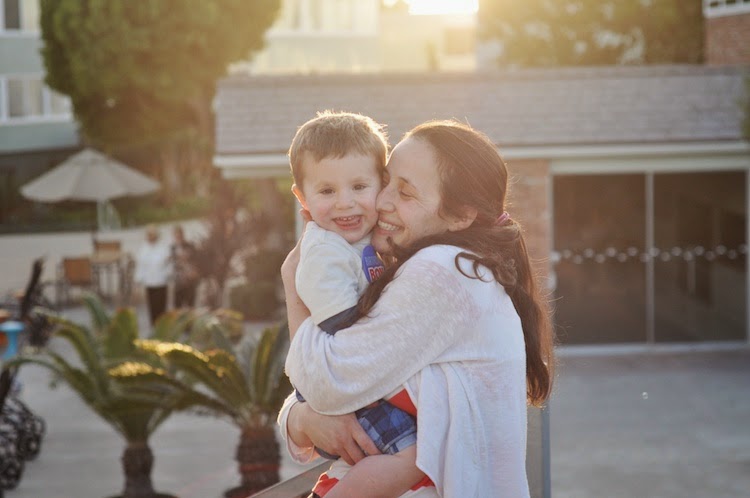 And he is very excited to be three.  This might be one of the best birthday ages -- able to anticipate the joy of cake and presents, but not yet sucked in by greed; still thrilled by the simplest of things -- a floating balloon, candles lit, clouds of bubbles for popping, birthday cards with five dollar bills inside, construction paper signs taped to doors, and the question, "Wait, HOW old are you!?" 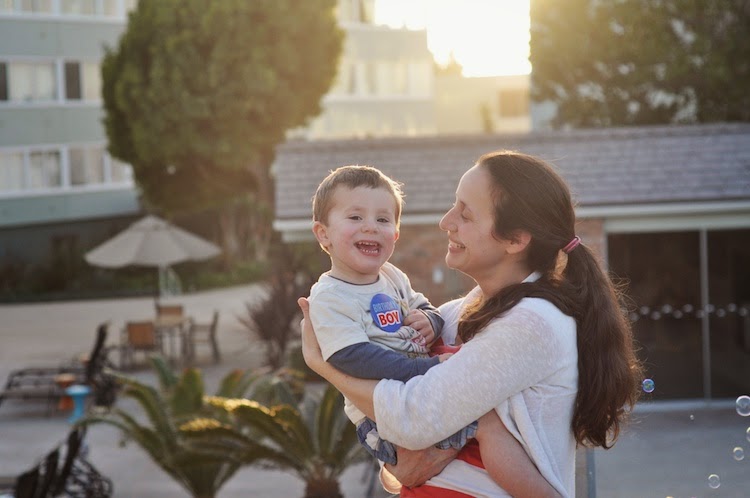 He's got a great sense of humor, this guy.  Every day he makes us laugh out loud and Ben and Bob and I will look at each other with knowing smiles -- Aren't we lucky to have such a funny boy in our family? 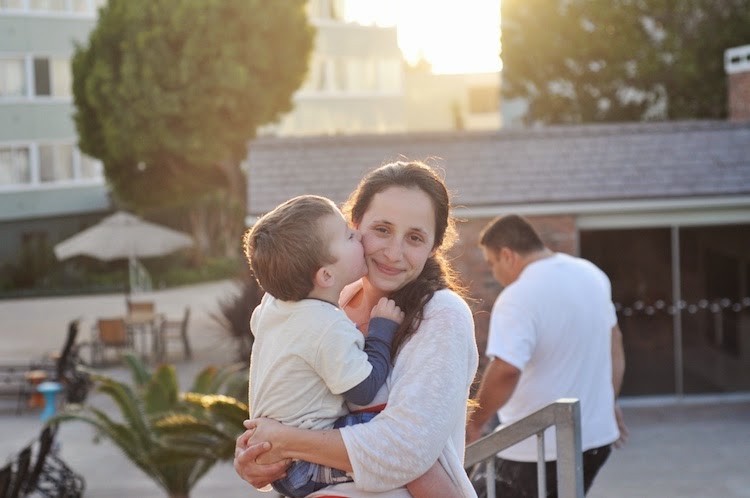 On the same day Owen turned three, Gram's friend Al turned ninety three.  Crazy to think what's in store for O's 93rd birthday... I like to think I'll be there with my head attached to a robot body.  Just kidding-- I stole that from Donna.  (Parks and Rec.  Come on, get with my tv references, people.) 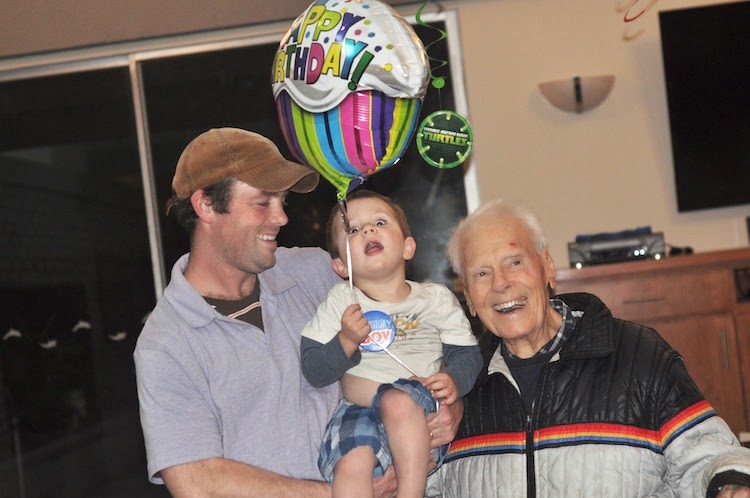 We lit the cake up twice, because three year olds really like to blow out their candles, and because Bob wanted to capture the moment on his cell phone camera (he has inherited an old phone of Ben's and is stocking it up with photos and videos and although it bugs me to see him using a device it's pretty darn sweet how much he cherishes his memories).  And I said, "That's right Bob, in our family we're always up for a photo re-do!" 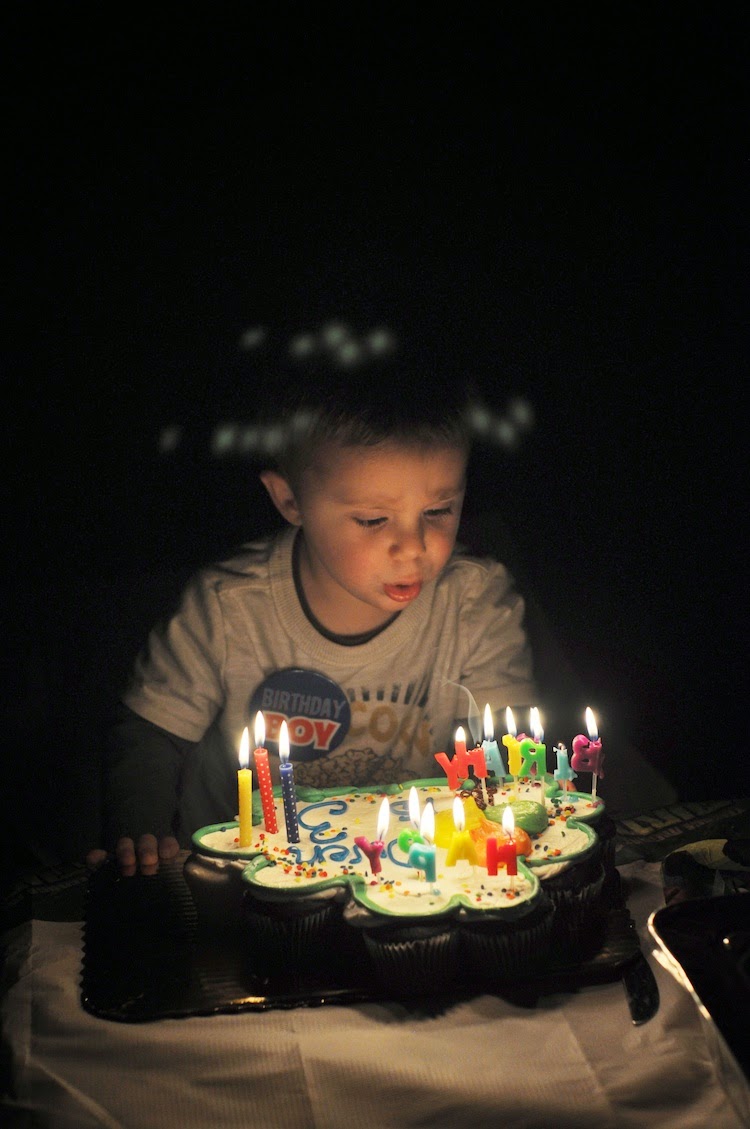 This serious furrowed brow expression, it's one of Owen's classics.  He can be so silly, he can be so serious, he can be so laid back.  He fits in perfectly, and we love him so much.

Happy third birthday, Oboe!
Posted by conveyableflow at 9:12 AM