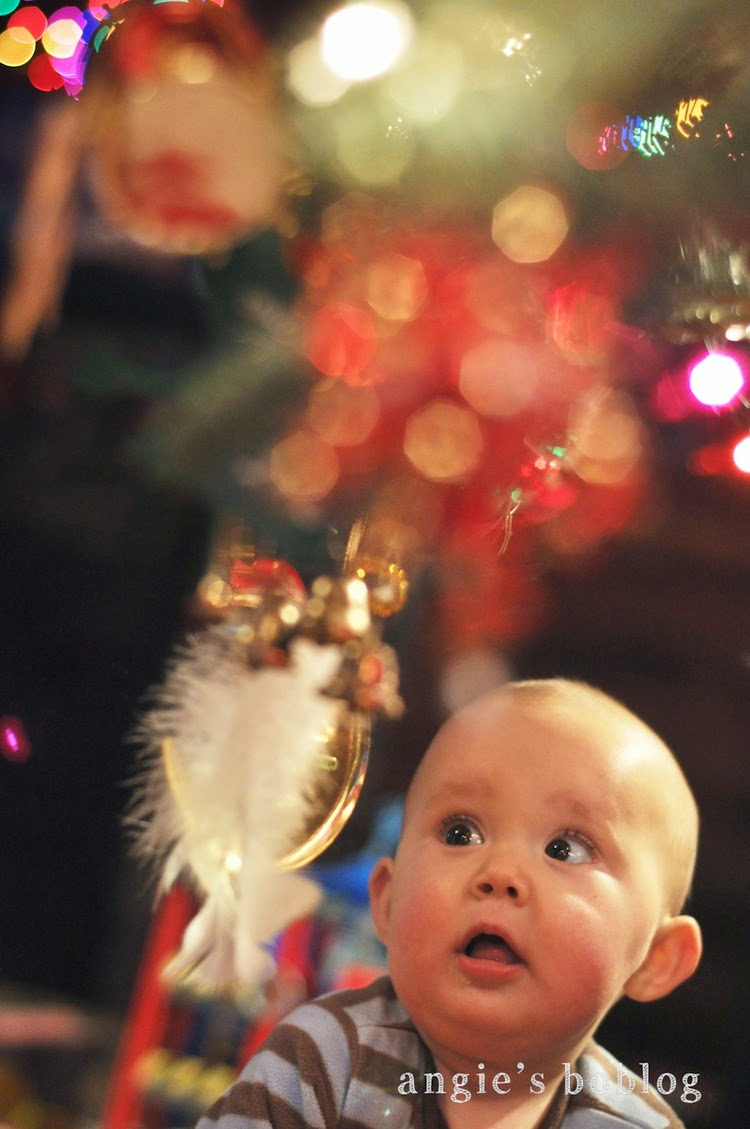 We've been hunkered down sick, but hunkered down with plenty of Christmas spirit.  The anticipation has been mounting and at this point Bob is absolutely oozing with excitement.  Yesterday morning he ran into my room and jumped in the bed and shout-whispered, "I'm so happy because tomorrow is the day before Christmas Eve!"  And today, "I know it's a very busy day today because I know that Christmas Eve comes tomorrow!" 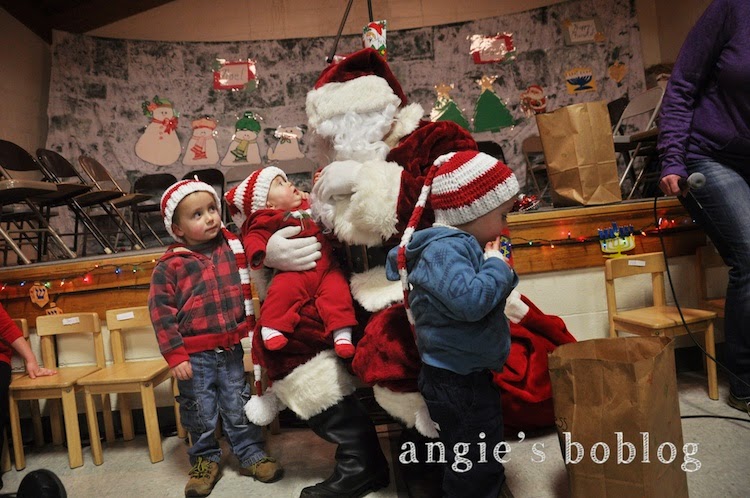 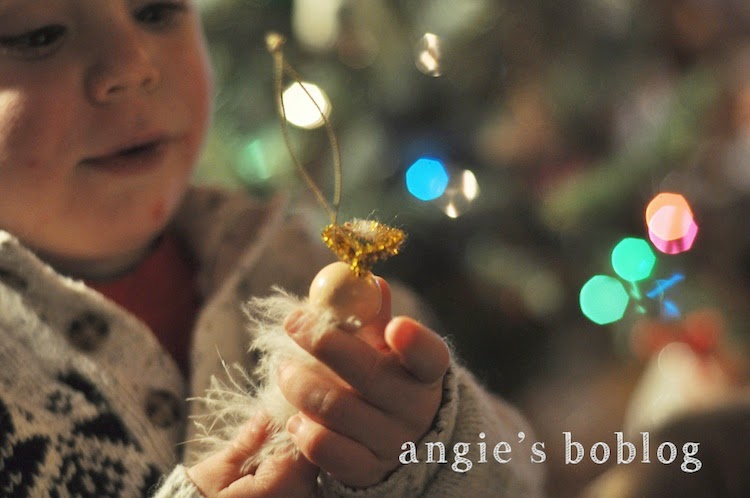 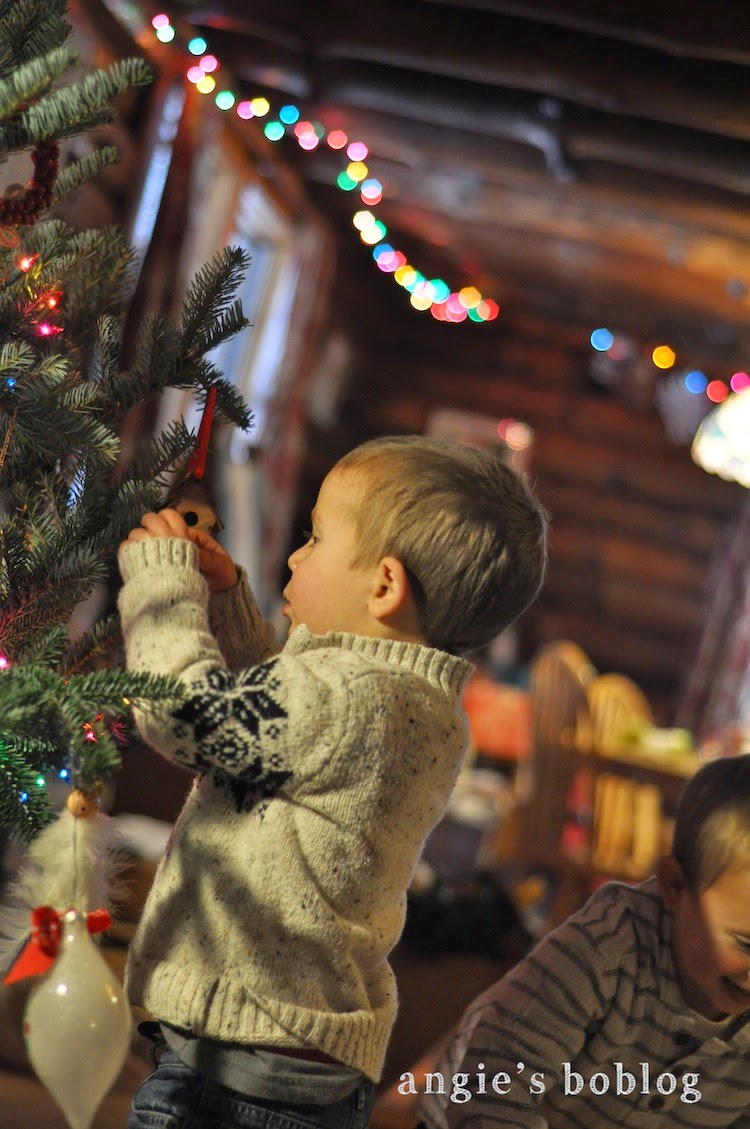 Owen is completely obsessed with making "gingerbread" cookies (I have yet to actually make gingerbread... today is the day though!  or tomorrow...)  He'd prefer to make the real deal of course, but play doh pretending is almost just as good -- in some ways better because he has complete control over all aspects of cookie cookery.  Yesterday a wrapped package of mini cookie cutters appeared under the tree and let's just say Wooden spent the entire day at the table playing; I'm talking about 6+ hours all together.  And yep, he's right back at it today.  Pupper's been there much of the time too, but he's half as obsessed as little bro.  Best $4 spent this Christmas. 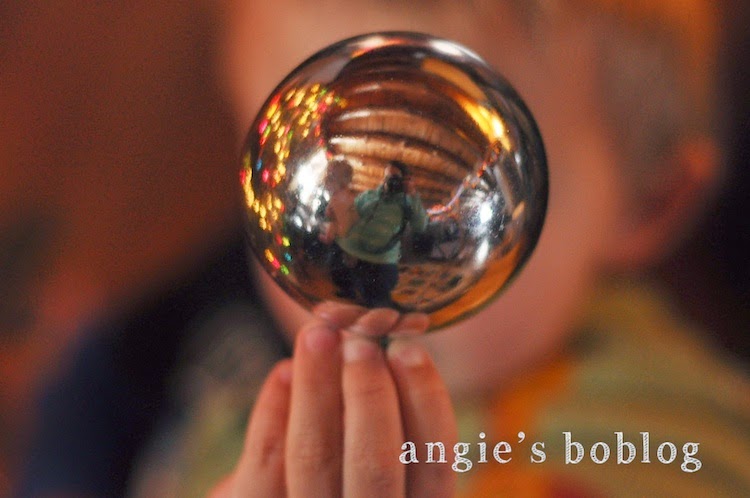 Maisy Lou, she's just the sweetest age -- intrigued by all the new twinkle in our home, rolling here and there and under the tree, but just young enough that she's not much of a menace yet.  (And I say menace in the most endearing way possible; we love our baby menaces.)  We picked up Lucy and Tom's Christmas at the library last time around (super sweet, by the way) and Bob and I have fun imagining Maisy playing with the wrapping paper on Christmas morning and falling asleep in a pile of it like the baby in the book.  Paper is her favorite these days when she can get her hands on it. 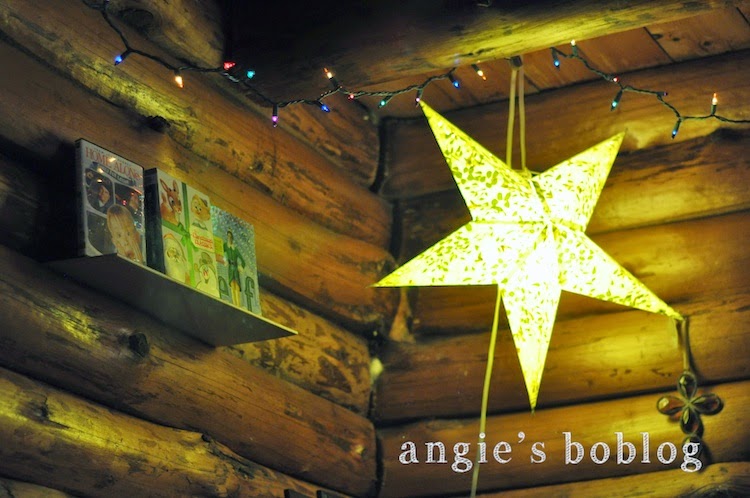 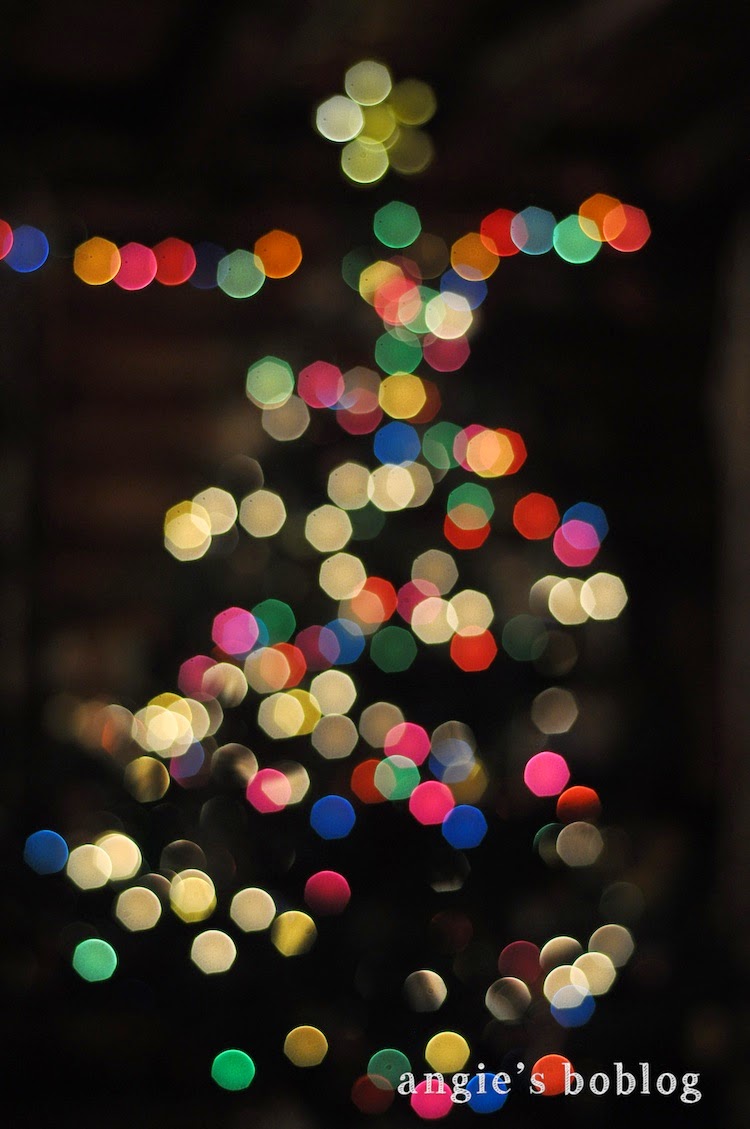 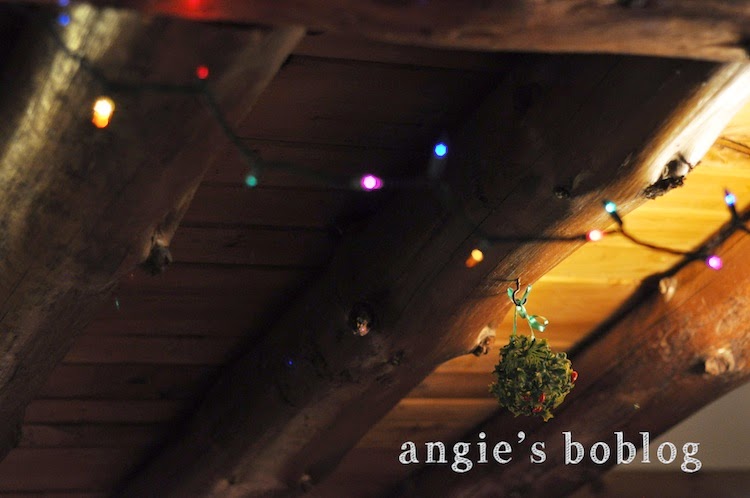 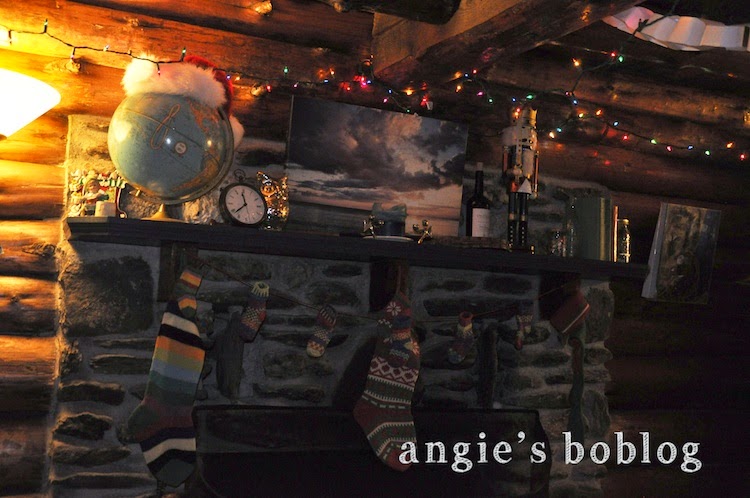 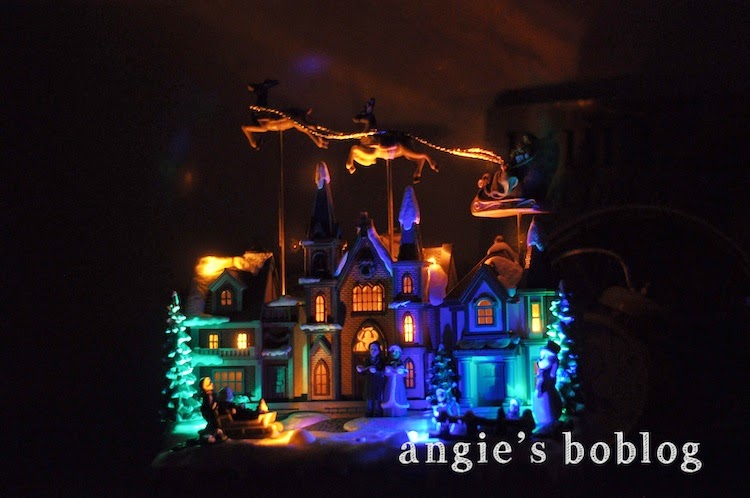 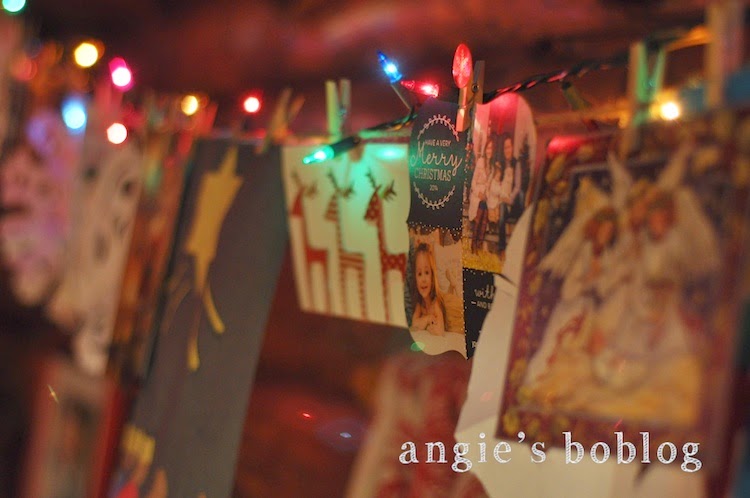 Last year we had trouble understanding the idea of giving which was partly due to age and perhaps partly my fault... I made the mistake of putting tiny toys or treats in the daily advent drawers and that totally overshadowed all else.  This year our drawers contain only our advent story books and little notes with suggestions for acts of kindness from our friend Elfie (who disappeared to the North Pole for repair somewhere around December 4th and has yet to return).  The boys also have chocolate advent calendars from Grandma which, let's be honest, are probably their favorite part.  What's fun is that Bob is really starting to get the giving... For Owen he made a stuffed millipede (Wooden once declared "millipede" to be his favorite word), for Maisy he painted an egg carton into... something, and for Dad he helped make... something else.  All really thoughtful gifts that warmed my heart like crazy. 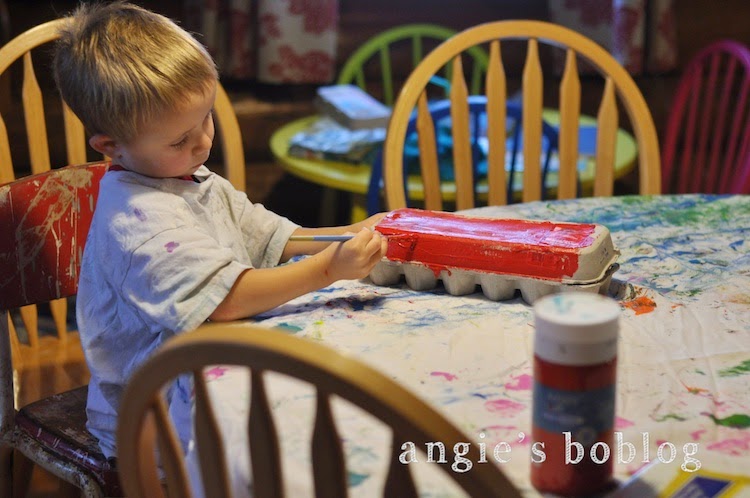 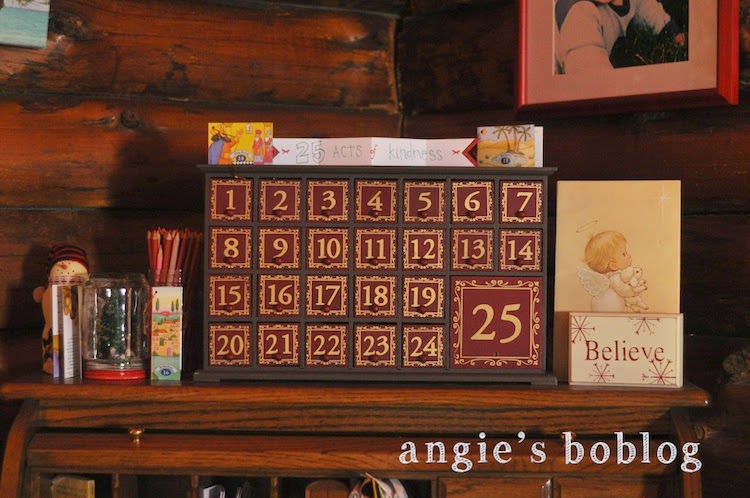 Ben and I wrapped the kids' presents tonight while watching a cheesy Christmas movie and it was utterly romantic.  And now it's wicked late and I best get myself to bed.  I can't wait to see how excited Pup is tomorrow morning that it's Christmas Eve!  We'll be baking cookies for Santa and making a banner for Jesus and I can't be my best without rest! 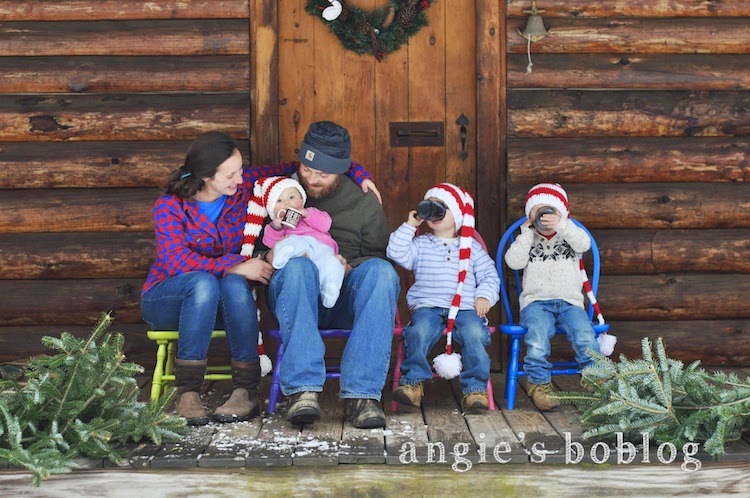 One last thing for tonight... Self-timer Christmas card photo -- BOOM!  That there's one of my favorite outtakes.  Getting the little boy people to cooperate for a posed photo is not easy... unless you bribe them with hot chocolate!  Made what would normally be a quick series of forced smiles into a cute lil fun time.
Have a merry one!
Posted by conveyableflow at 12:52 AM comments are cool (1 so far)

We've been pretty pathetic around here since I last wrote.  There's a nasty virus hanging around and the kiddos have all been suffering in varying degrees depending on the hour -- culminating with a vomiting Maisy for the past couple of days.  The good news is that despite all the boogers still drooping, we seem to be on the upswing.  (I hope!)  It's been a good (bad) two weeks of sickness now, pretty much quarantined in the cabin, and I am over it.  Times like these make me wish for a troupe of friends and family that would swoop in with some home cooked or take out dinners and therapeutic bath soaps or sick baby holding services.  But alas, I am here alone washing puke and poop out of clothes day after day, scrounging up supper and not doing the dishes night after night.  (Except when Grandma and Uncle Matt were visiting -- it was so good to have you guys!)

It's a sad scene, folks.  And it's turning into a bit of a pity party, which needs to stop.  Because honestly, as bad as it's been at times, there has not been one moment when I wished it all away.  Because the caring for sick children times are actually some of the most precious times in life I think, times when we can express our love for our littles in the truest way.  Up all night with a miserable baby, the only person who can comfort her?  A blessing.  This is my chance; the window won't be open for long; I'll soak up the well days and the unwell.

This is a series of photographs I call cute misery, scenes from sickmas 2014.

Maisy is the most boogery baby ever.  This snot bubble's not too shabby but her biggest was the size of a golf ball, no joke. 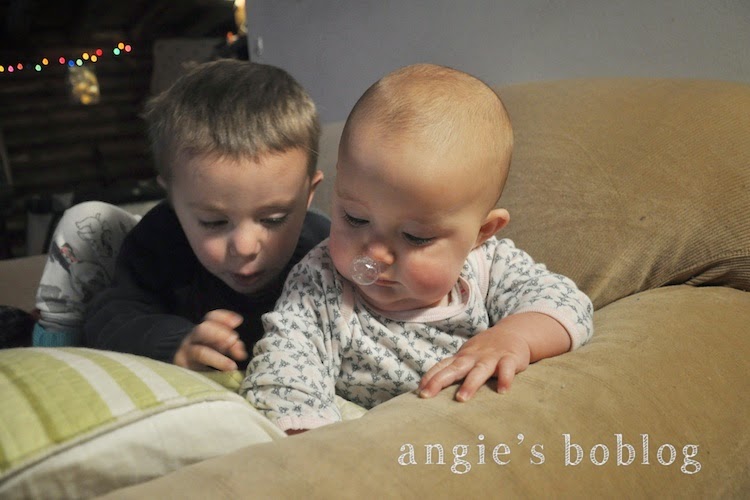 Over the summer the boys mostly gave up on napping, but this plague has brought back the nap in the form of kids passing out randomly.  Wooden has taken quite a few couch slumbers... 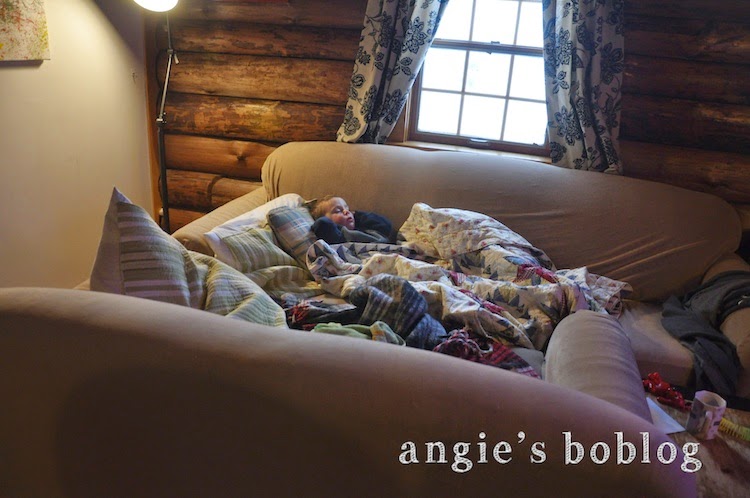 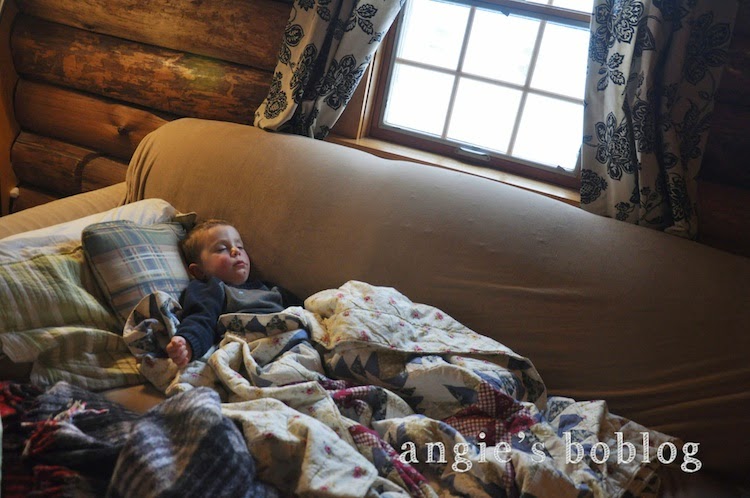 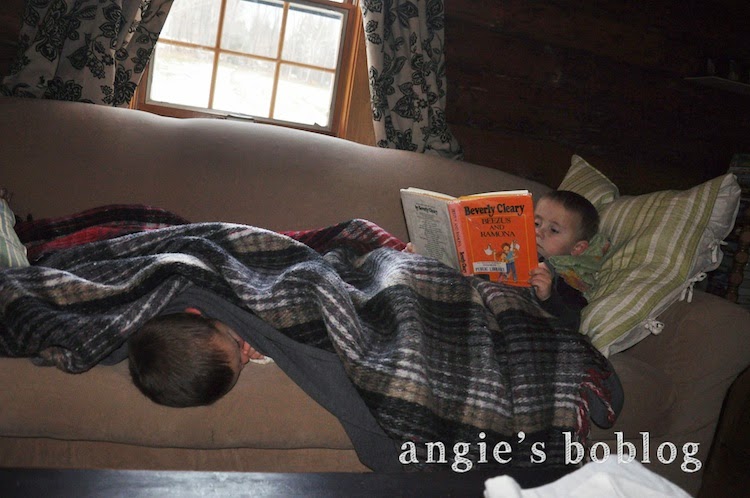 Even Pup has fallen to exhaustion several times in the past couple of weeks.  Asleep in the moon room on top of a pile of toys... 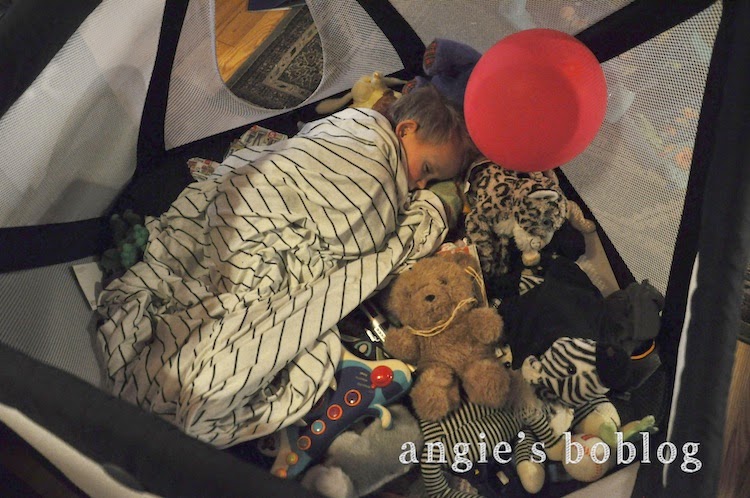 and passed out on the floor in front of a heat vent. 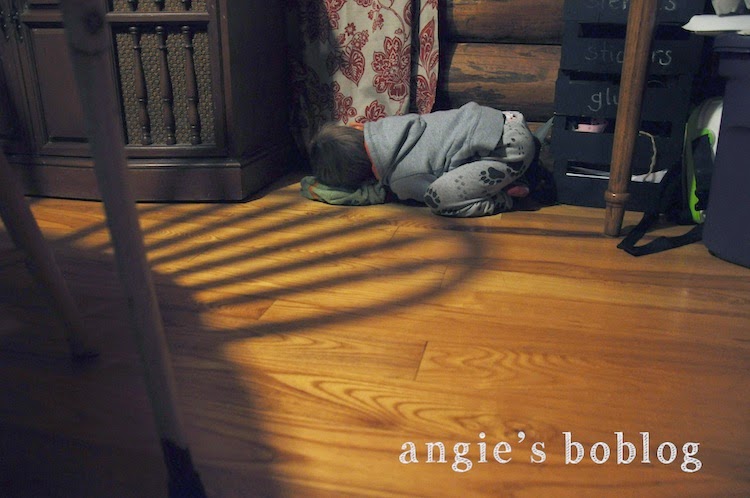 Maisy Lou has been in good spirits despite her discomfort (except that real low 48 hours we had), sleeping on a towel to catch the snot and milk puke. 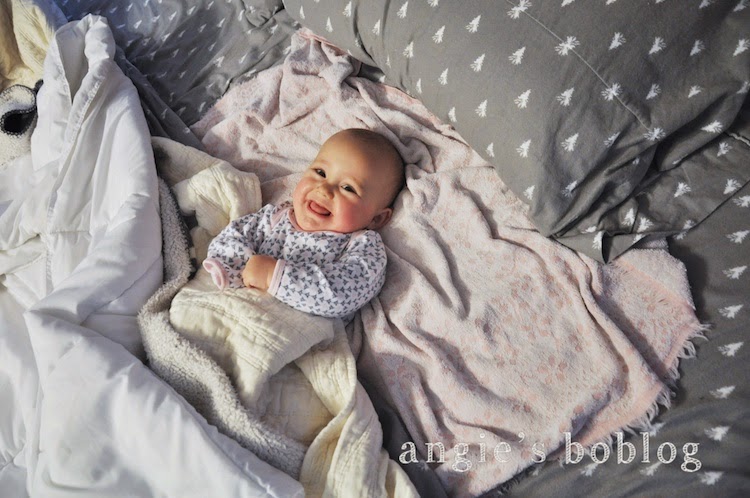 Her congestion and teething combo has also turned her into a little night owl and she's snuck downstairs for quite a few late night tv sessions with mom and dad.  We all secretly loved this little routine, a flashback to the days when we had just one baby.  "Maisy, are you our only kid right now?" we'd chime, the boys asleep in their bed upstairs, and a huge grin would flash over her face.  Preciousness. 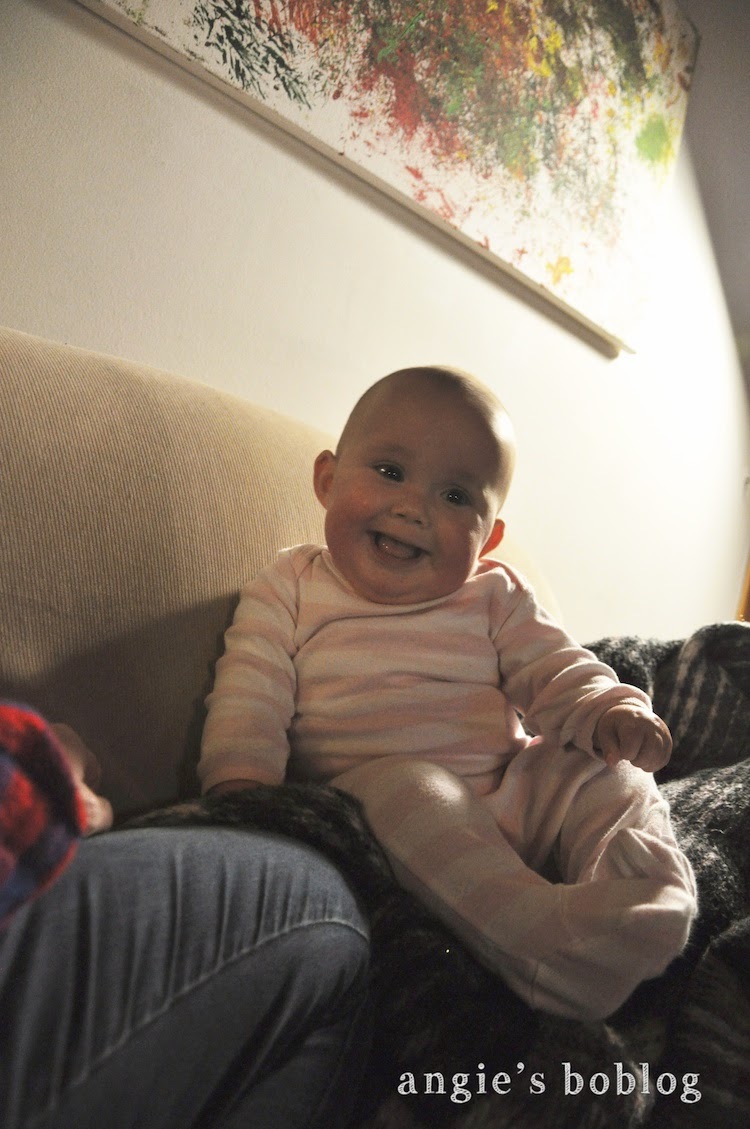 PS.  On the same day I cried here about being bulldozed by God, my dear high school friend Jamie was in a horrible car accident.  Say a prayer for her recovery.

You know like when...
You work hard on something and then it's hated, or
You finally pay off your car loan and then you need a new "sway bar" whatever that is, or
You have plans to see friends you really miss but your kids get coxackie virus, or
You're missing someone who is gone, or
Your innards can't handle cheese anymore, or
It's the start of another LONG winter, or
Your son isn't growing fast enough, or
Your daughter is born with one hand?!

You know those times?

On the worst day, our reading from "Thoughts to Make Your Heart Sing" by Sally Lloyd-Jones brought me to sobs. 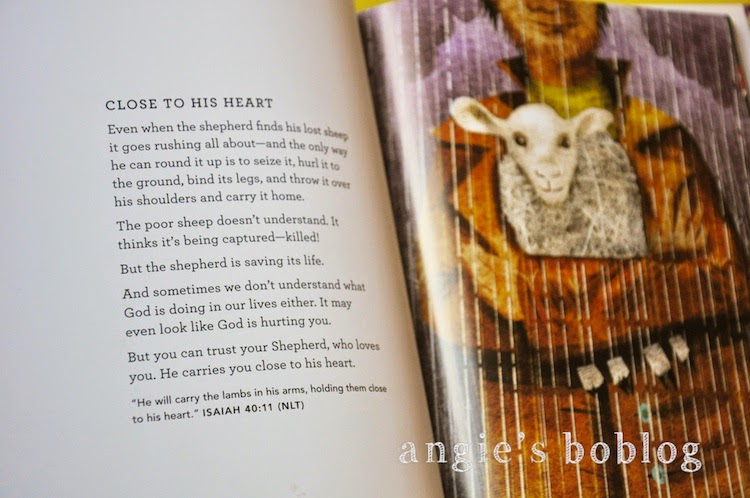 And sometimes we don't understand what God is doing in our lives either.  It may even look like God is hurting you.  But you can trust your Shepherd, who loves you.  He carries you close to his heart.
Posted by conveyableflow at 4:32 PM comments are cool (2 so far)