I haven't been keeping up with the lists of "your baby should be able tos" found in the sequel to the number one recommended pregnancy book What to Expect When You're Expecting (the aptly named What to Expect the First Year), a copy of the 1989 or so version of which I happened upon at the Beverly Library book sale and purchased for about 5 cents a while back.  But I have decided that as a part of my first ever "boblog post" -- in honor of Bob's 5 month birthday -- I will go through the lists and figure out just how my baby does line up against all those other babies out there.  Here we go:

Should be able to: 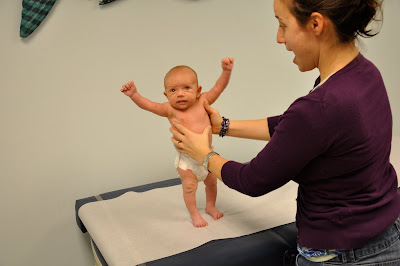 ONE MONTH OLD!
Will probably be able to: 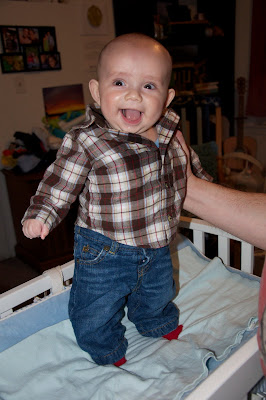 FOUR MONTHS OLD
May possibly be able to: 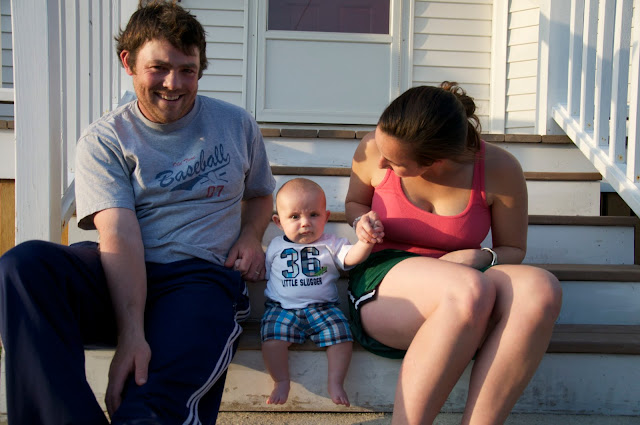 YESTERDAY
May even be able to: 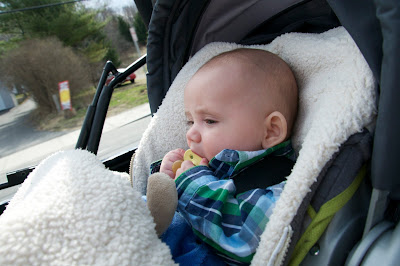 EASTER DAY -- Riding in the Jeep
And, does any of this really matter?  I'm guessing not.


***
I just finished nursing Bobby and laying him back down in his crib.  He fell asleep, as he sometimes does after eating, with his face smushed up against mine.  (I try to settle his head down onto my shoulder, but he picks it back up and gets face to face with me again.)  I sat holding him for a bit remembering that amazing day five months ago when this gorgeous gift arrived.  I love these little monthly "birthdays" -- I love thinking back to that moment, at 11pm exactly, when I first saw my little son's tiny face emerge.  He's only been around for five months, and yet I can't imagine my life without him.
And now I must get to bed; I only have about four hours until my prince calls for his mid-night snack.
Posted by conveyableflow at 11:42 PM