Oh, this boy.  He wants so badly to keep up with his big bro.  He quit his morning nap at what?  Five months or something ridiculous like that?  Bob will nap for three or four hours in the afternoon.  Owen?  Two, tops.  Both at naptime and bedtime, it's easiest to put Bob down first because if brother is awake, Owie Bowie fights sleep hard.  If Bro-ie is asleep though, usually a piece of cake.

Some days, as hard as he tries, poor second child just cannot make it to nap time. 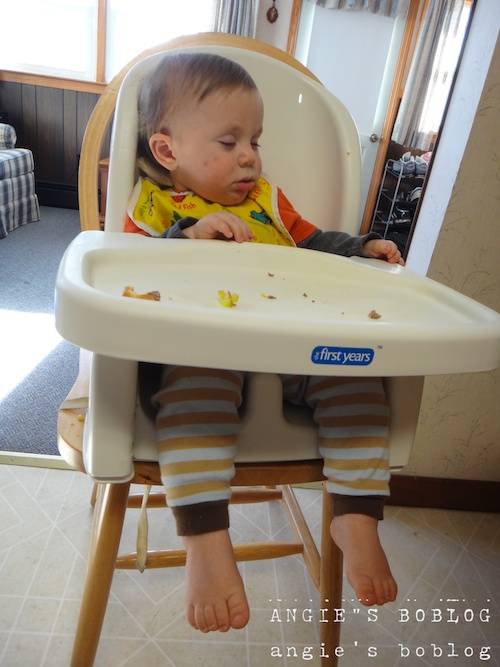 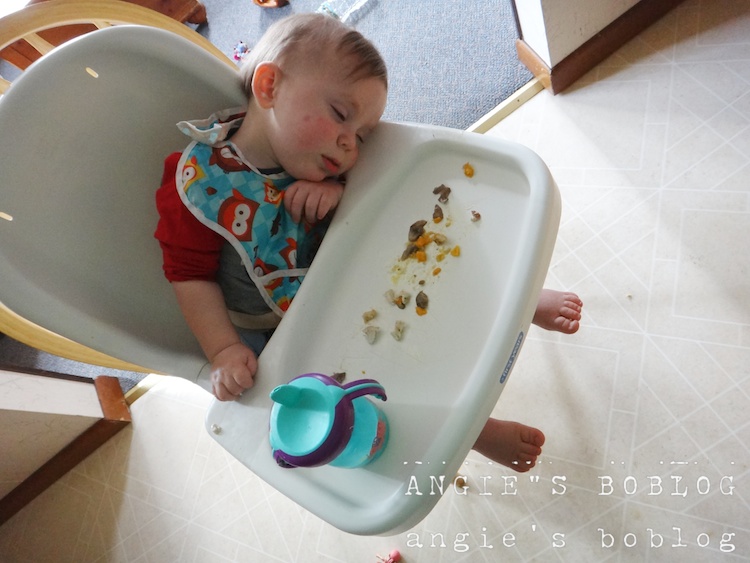 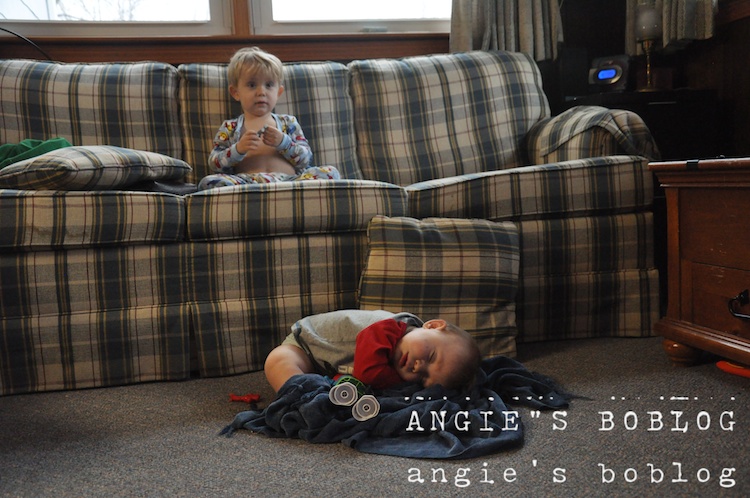 If he doesn't pass out at lunch or in the car, I normally nurse him to sleep on my bed, then move him to his crib.  (Yeah, he was spoiled by this arrangement early on.) 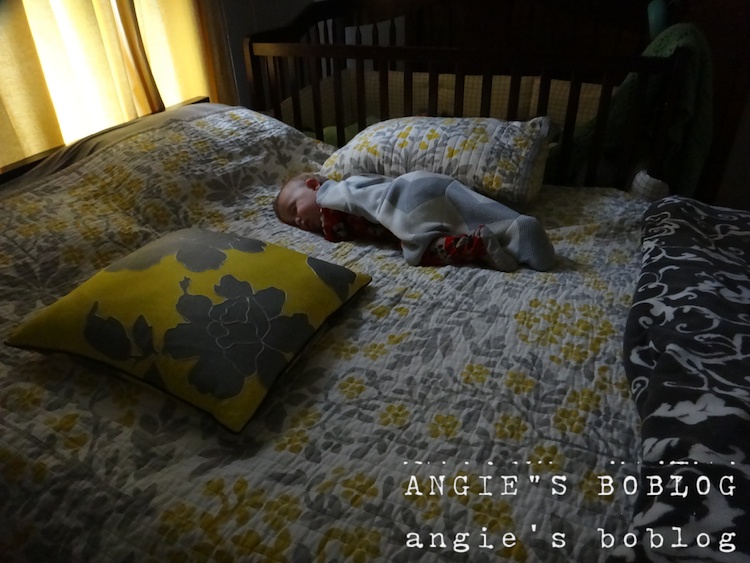 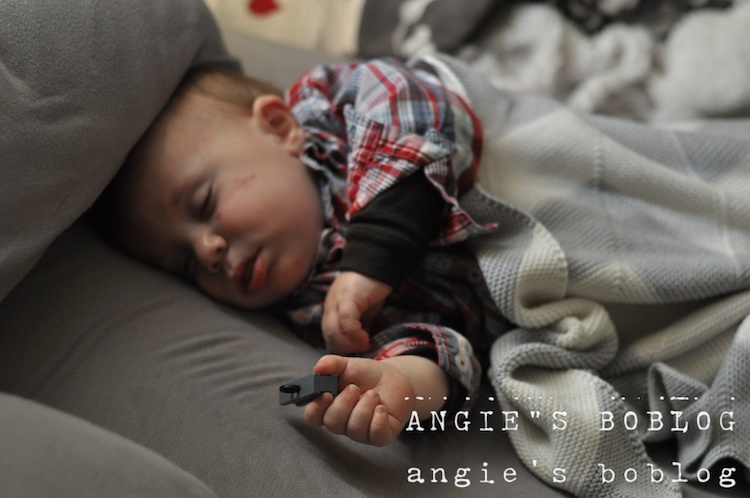 If he doesn't go right to sleep I put him in his crib to whimper it out (we don't do cry it out) and he'll often fall asleep on his own.  But not usually like this, poor thing... 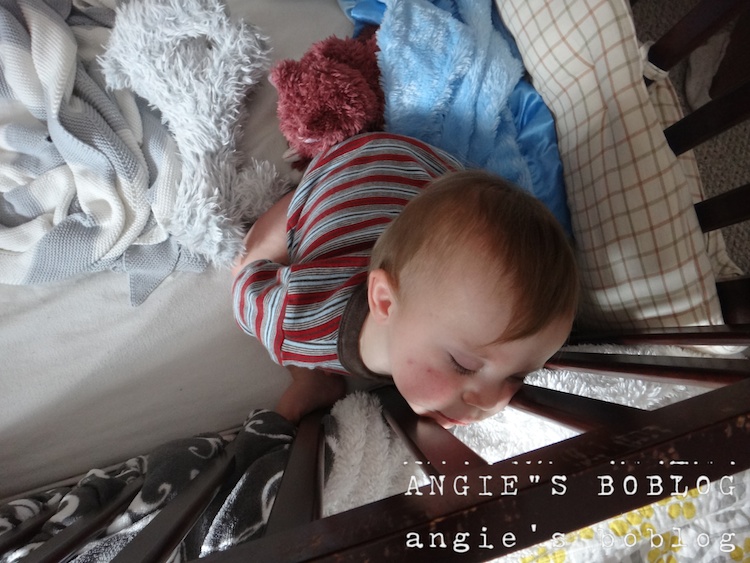 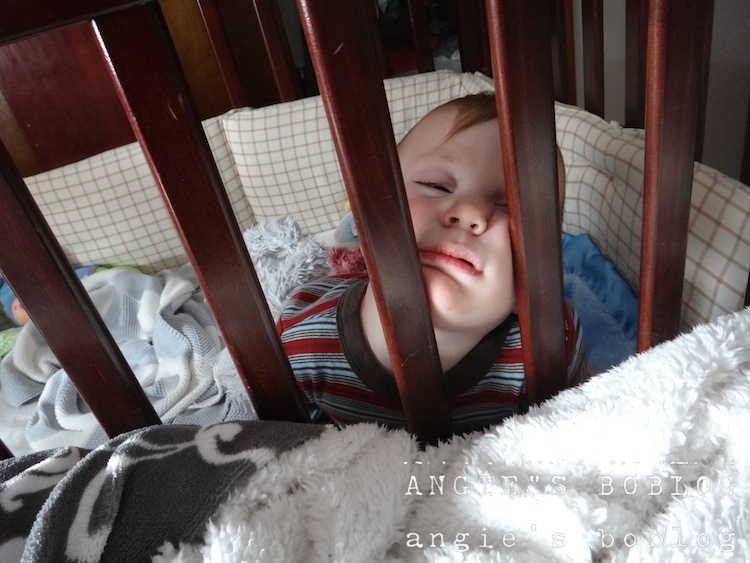 Oh, this boy.  What a precious little slice of heaven he is.

{Linking up today with little days.}
Posted by conveyableflow at 2:32 PM comments are cool (1 so far)

I was going through photos from the summer and came across this one, which stopped me because 1. it's a picture of my little green glass; and 2. ohmygoodness I miss eating these burritos every day and I need to make and freeze another batch.  For both reasons, I'm sharing the recipe.  A must-try for all mamas pregnant or nursing, or anyone really.  Not trying to exclude, peeps. 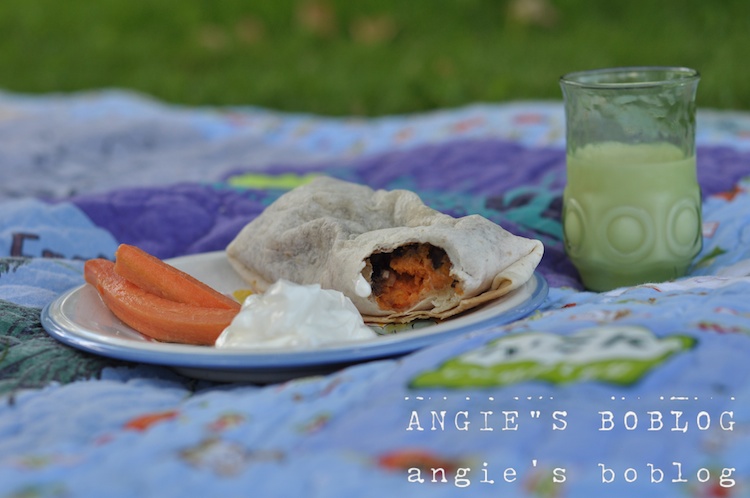 Posted by conveyableflow at 9:45 PM comments are cool (0 so far)

I've read a post on almost every single one of the big blogs I read that goes something like, "People wonder how I do it all, but believe me, I don't.  My house isn't always this clean, I don't always look this fabulous, blah blah blah..."  Well, here's a post in those ranks (although it's completely unnecessary here I'm sure, because I never post pictures of my clean house or fabulous self).  A post that is certain not to make you jealous.

Owen had his first haircut a couple-few weeks ago.  More of a trim really... no before and after pics because honestly the untrained eye wouldn't even see the difference. 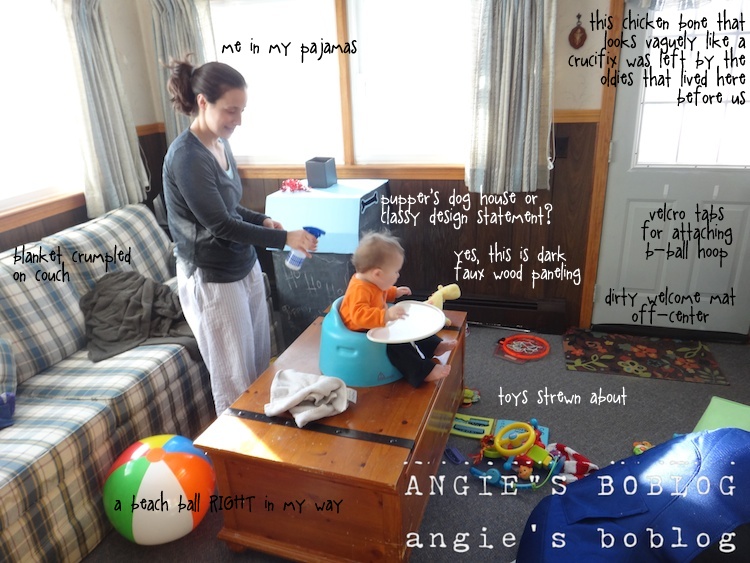 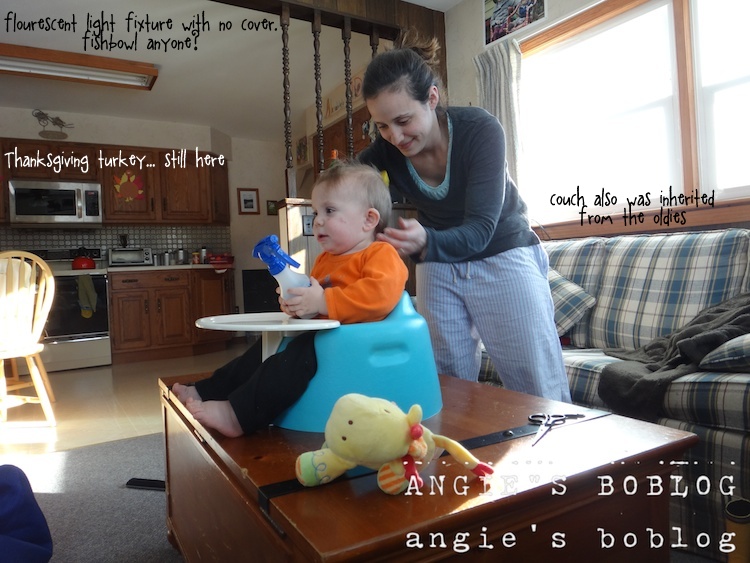 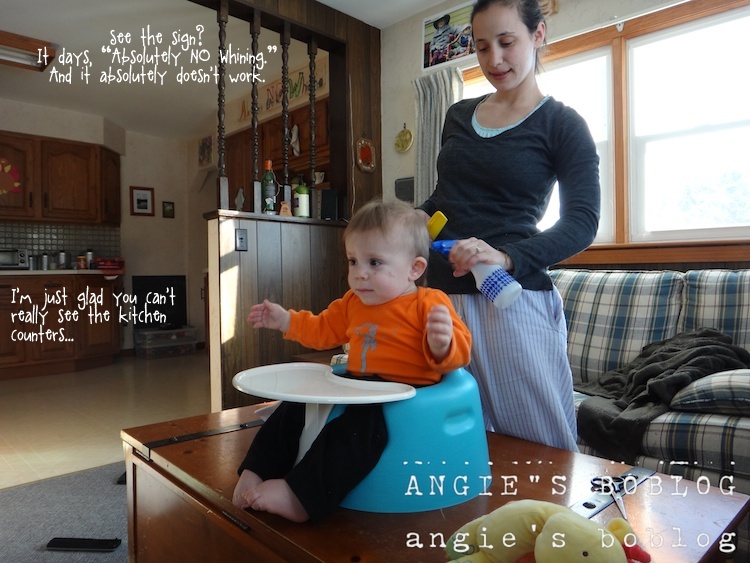 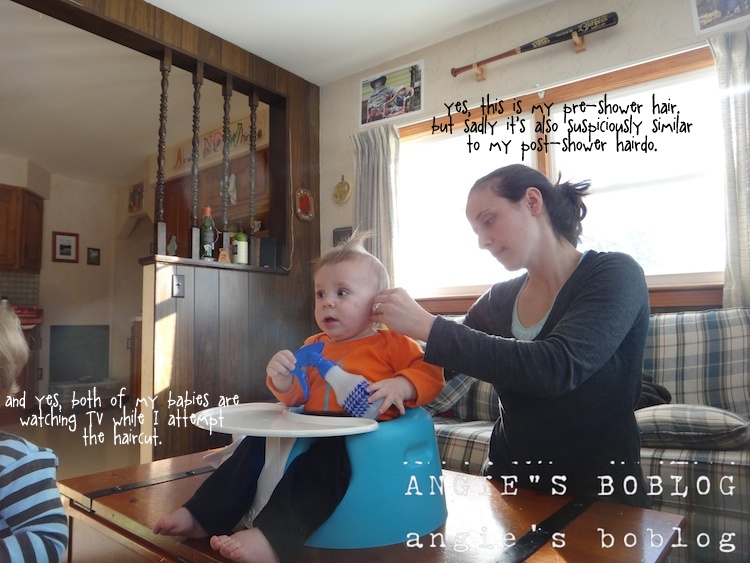 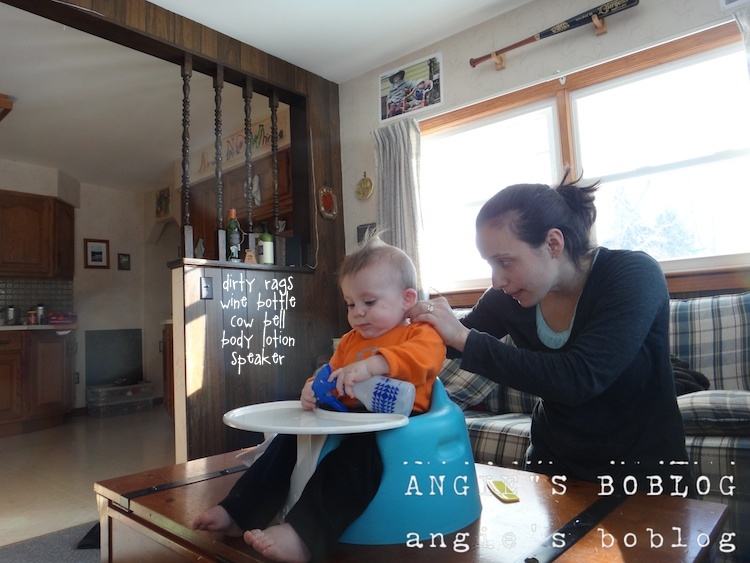 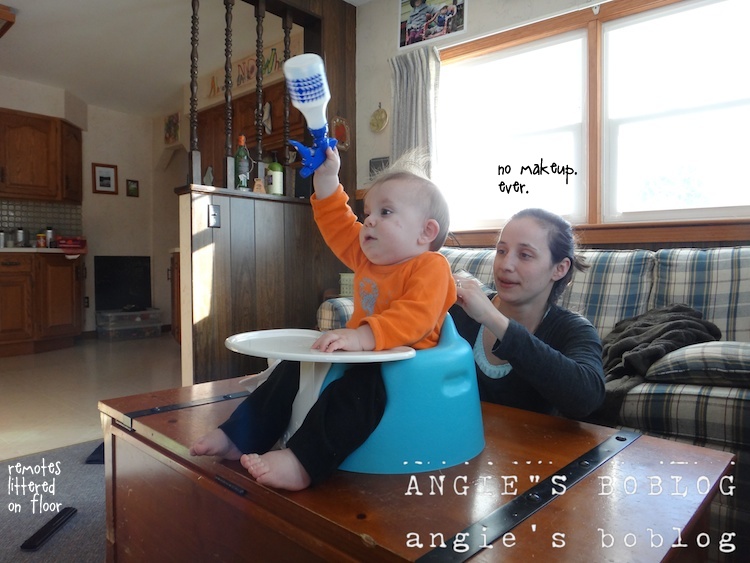 There you have it: a peek into this disaster zone we call home and this real-life life we live.

May you feel just a little bit better about your own self today!  Because you know what?  If you are reading this, you are awesome.  Period.
Posted by conveyableflow at 2:21 PM comments are cool (1 so far)

Family stuff to do in L.A. -- bike ride on the strand

Where the heck have you been, Ang!?  I know that's what you're saying.  Well, I'll tell you: watching Survivor, that's where.  A few seasons were added to Hulu plus recently, and Ben and I have been spending every evening watching (season 21 I think) during what would normally be my bloggy blog time after the pups are in bed.  That show's addicting, I tell ya, and very interesting if you ask me.  Someday -- once my babies are grown -- I'm gonna go win myself a million bucks.  Anyway...

Ok, California feels like a LONG time ago now, and lots has happened since, but it's been lots of regular boring stuff and I haven't even plugged in my camera to upload photos in weeks, so here you have it: a bike ride on the beach, our favorite.  We've done it every time we've been to CA together.  {last time}

we stopped to swing and play in the sand; we walked down the pier to check out the tiny aquarium (which was closed, but no matter: the shark was outside anyway); poor Owen fall asleep face down in the bike seat; Ben swam and I wasn't cool or crazy enough to do it, didn't even consider it for a second in fact.  But, the upside to chilly temps: no crowds.  Then again, crowds can be fun too. 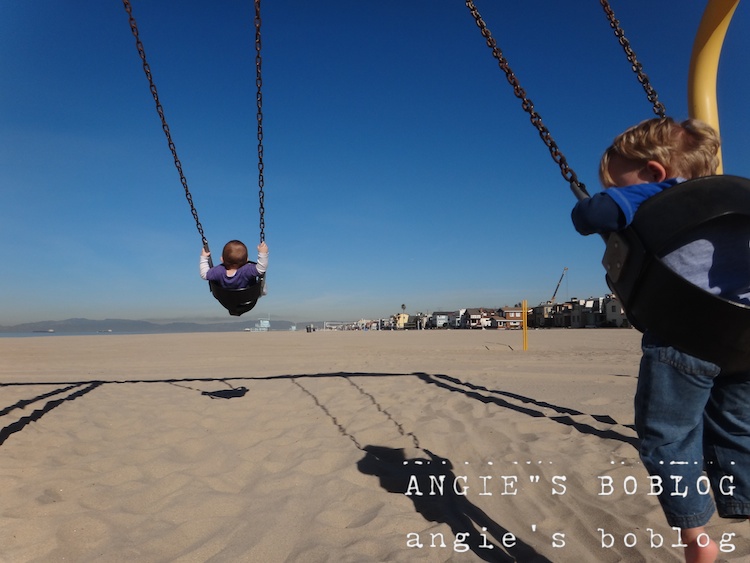 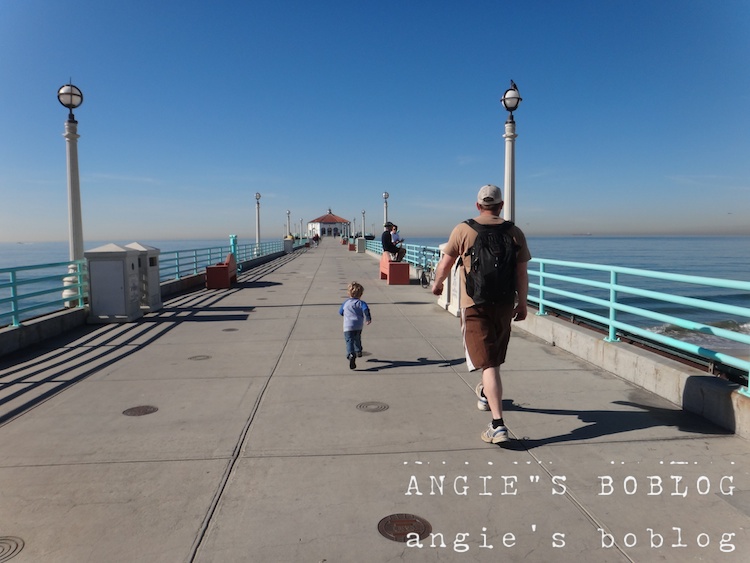 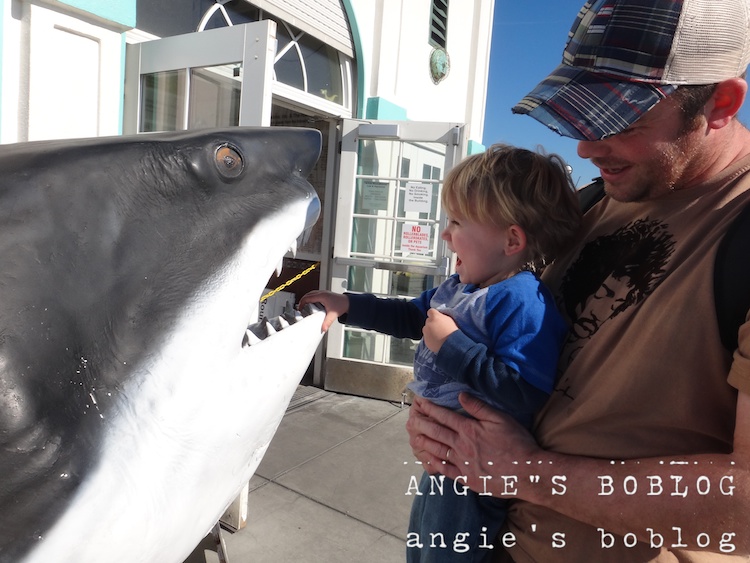 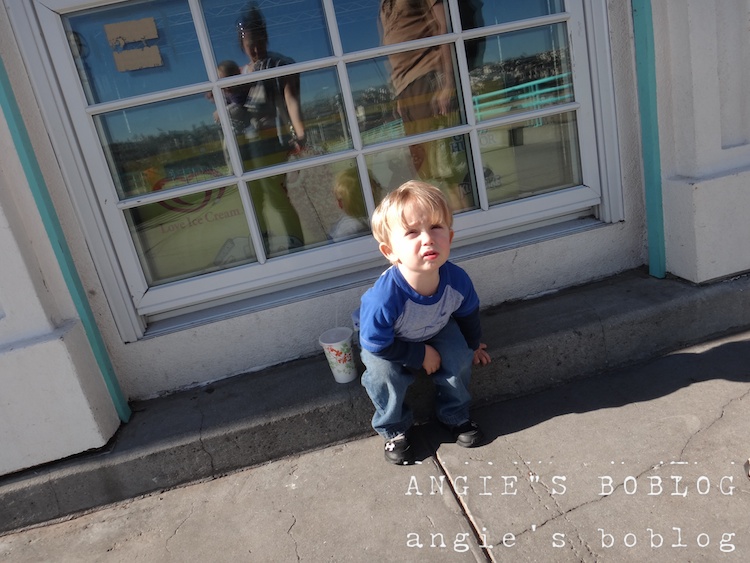 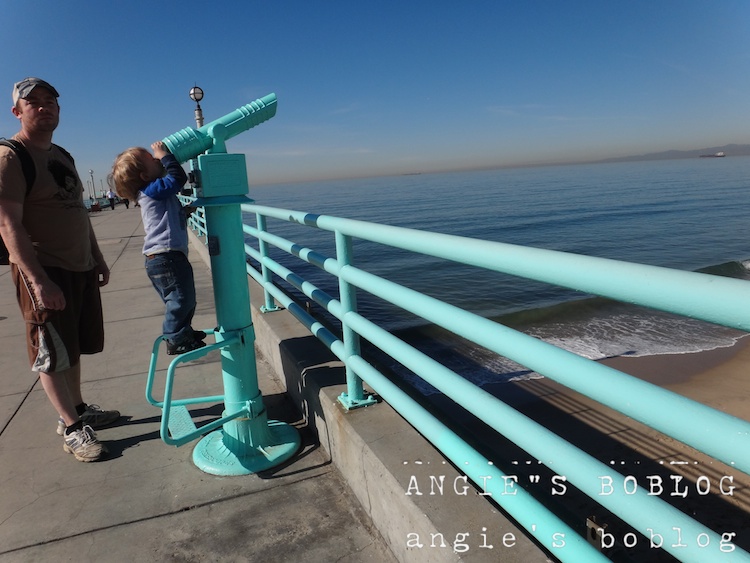 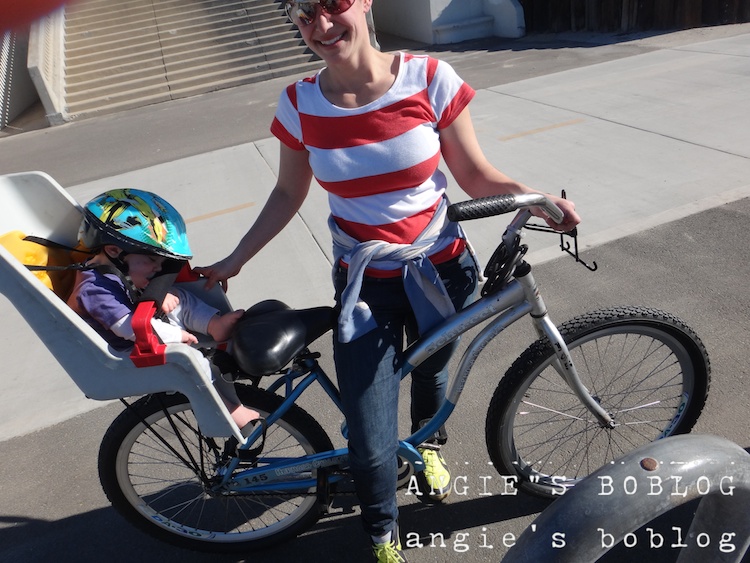 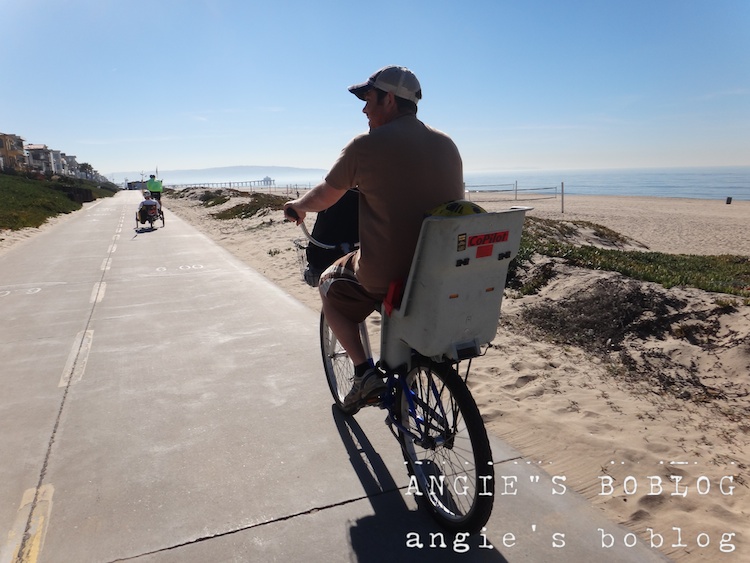 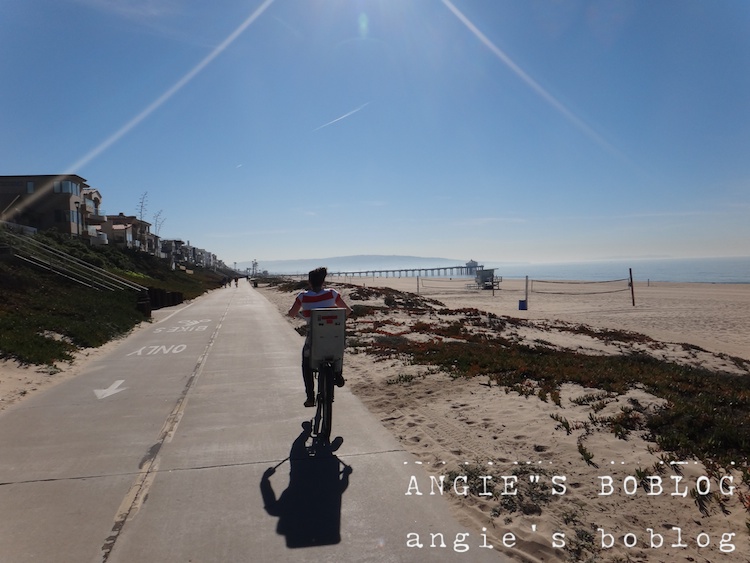 Posted by conveyableflow at 12:07 AM comments are cool (1 so far)