Sorry for my absence of late...  There's not a whole lot to report and I've been just not feeling it.  Like, all I feel like doing right now is going to bed.  I miss my Gram for one thing.  I'm feeling guilty at my lack of keeping in touch with all of my other grandparents, that's another thing. I've got photography work but don't feel like doing it.  I don't have a single gift prepared for Christmas (except I did pick up a dog bone and dish from the dollar store this weekend for Bob).  Blah, blah-dee blah.

Last night my loving hubby garbage disposaled this tiny little green glass cup that was from Gram's.  My special cup that I don't let Bob use because I am so afraid it will break and I won't have it anymore.  The special tiny cup that I used for countless bedtime milk and graham cracker and peanut butter snacks, that I used for my "champagne" on New Year's Eve.  This tiny little piece of glass that, whenever I needed to feel those memories I could get 'er from the cabinet and fill 'er up and hold in my hand this connection to this person who means so so much to me.  And it broke.  I screamed and cried and just totally lost it.  I've been feeling so weepy about Gram lately anyway -- it's been just over a year since she passed and this holiday season just rubs it in, you know?  So I think the glass breaking may have let some things bubble to the surface?  I don't know.  Today I went to the cemetery and cried and cried and pet and fluffed the teddy bears in the basket my grandmother has lovingly attached to the stone.  So that's that.  I know things are just things but sometimes even things really hurt to lose.

So.  That was all from last week.  Here we are this week and part of me wants to just delete all of the above because I sound like a big baby.  I went to church on Sunday with a heart heavy for the families of the shooting victims.  I was a little surprised by Pastor Jeff's comments.  Basically:  It took no time at all for the human race to produce a murderer -- Cain, who killed his own brother -- so why are we surprised?  And: Everyone is horrified because the victims were children, yet no one cares about the unborn children murdered every day.  Interesting.  A little insensitive maybe, but also true, no?

A weekend update blog post is definitely in order because we got to see all three cousins last weekend!

On Friday night we had Chloe.  Some magic bullet-ized peas of Owen's were in a little bowl on the table and Chloe said, "Oh, is this guacamole?"  Which made me laugh really hard because it did not look the least bit like guacamole -- it had a baby spoon still sitting in it for goodness sake!  But... my mom was about to come over, and I was just thinking of what to put together for a little snack for her, so we thought, haha!  Let's freshen up these peas with some salt, pepper and lemon juice and toss them in a cuter serving bowl next to some chips.  A wonderful harmless hilarious practical joke.  Except we were just finishing putting it together when my mother came in, and we hadn't yet harnessed the giggles.  So she kept saying, "What are you laughing about?" as she ate chip after chip with "guacamole" until finally she stopped and said, "This doesn't taste like guacamole, it tastes like peas!"  My poor mother was starving and thinks I have the strangest sense of humor.  Sorry, mom... it was all in fun.

It was a princess bowling extravaganza. 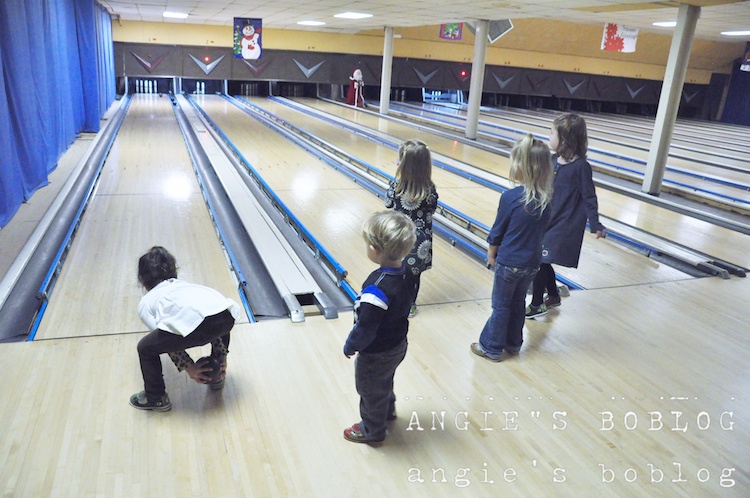 Complete with rad shoes and a real princess. 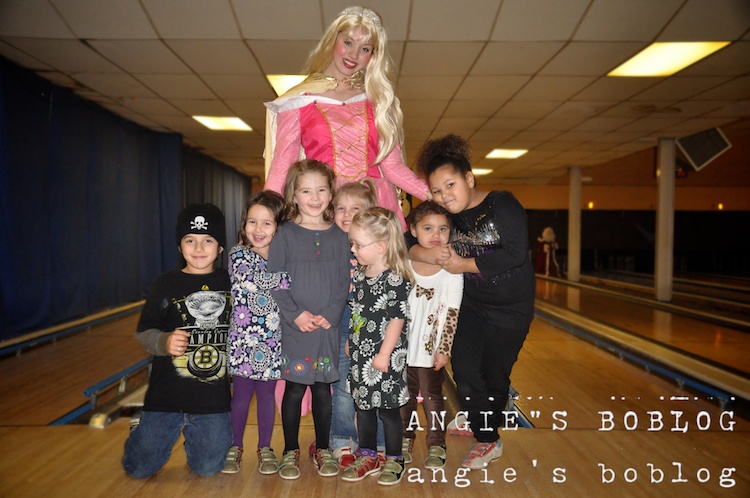 Bailey had a blast with all her friends and masterfully cut up her own cake. 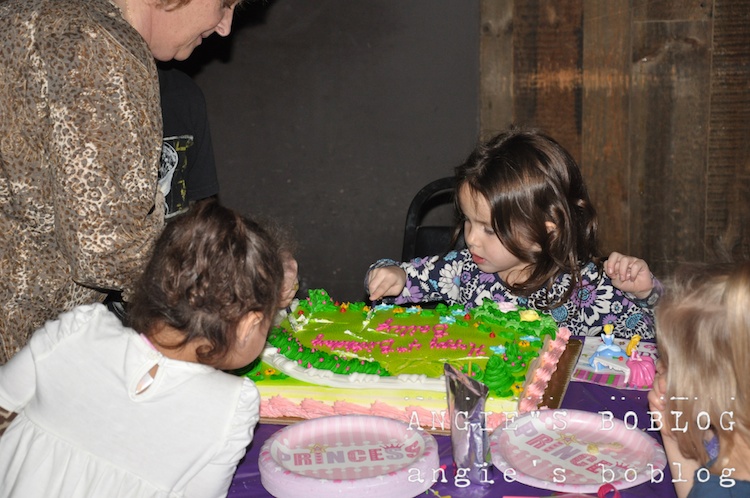 Mason and Bobby ate a lot of frosting. 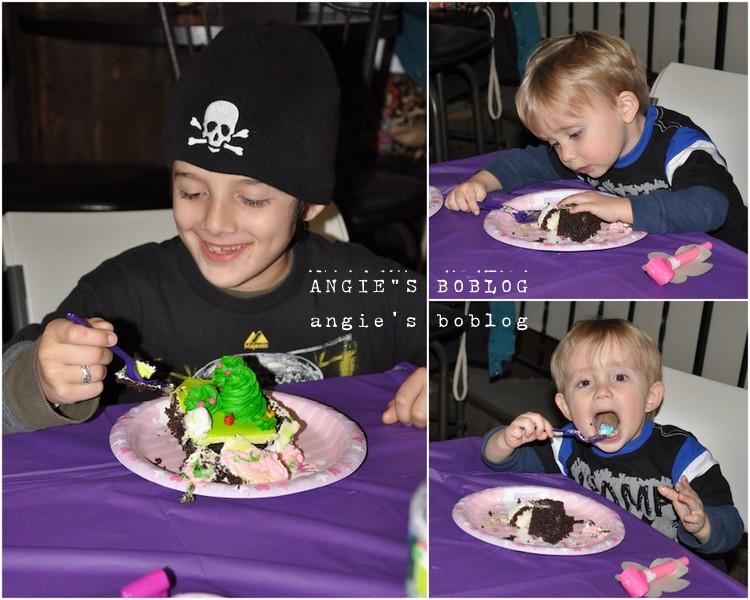 Saturday night we swapped Chloe for Mason.  He slept in Bobby's room, on the floor next to the bed we moved in there for him.  Boy rolls out of bed within five minutes of being asleep. 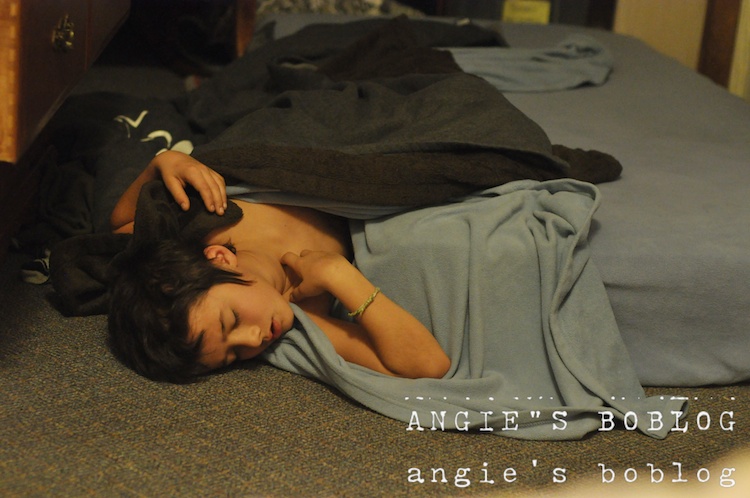 And Sunday we walked out into the woods behind our house to find a Christmas tree.

Bob the goof walks right up to this beaver-chewed stump and starts pretending to saw it down.  "I found the perfect Twissmas twee.  Won't this look beautiful in our house?" 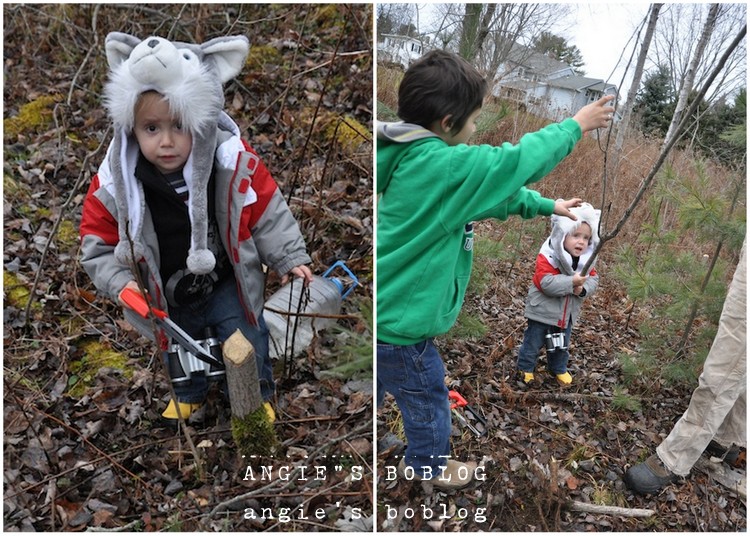 We went with this little guy below.  We're hoping to replant him at Gram's... Wouldn't it be cool to watch it grow year after year, and be able to show the kids, this was Owie's first Christmas tree? 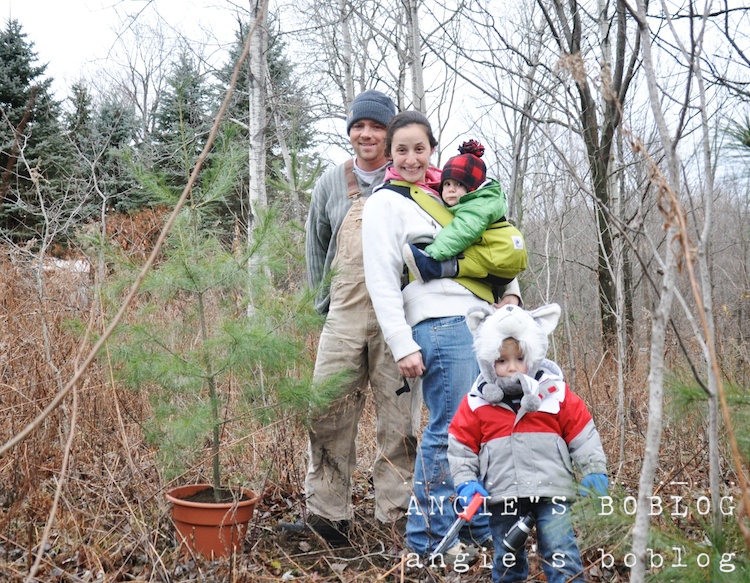 A free sample of cuteness for you: my dear little midge hugging his beloved cousin. 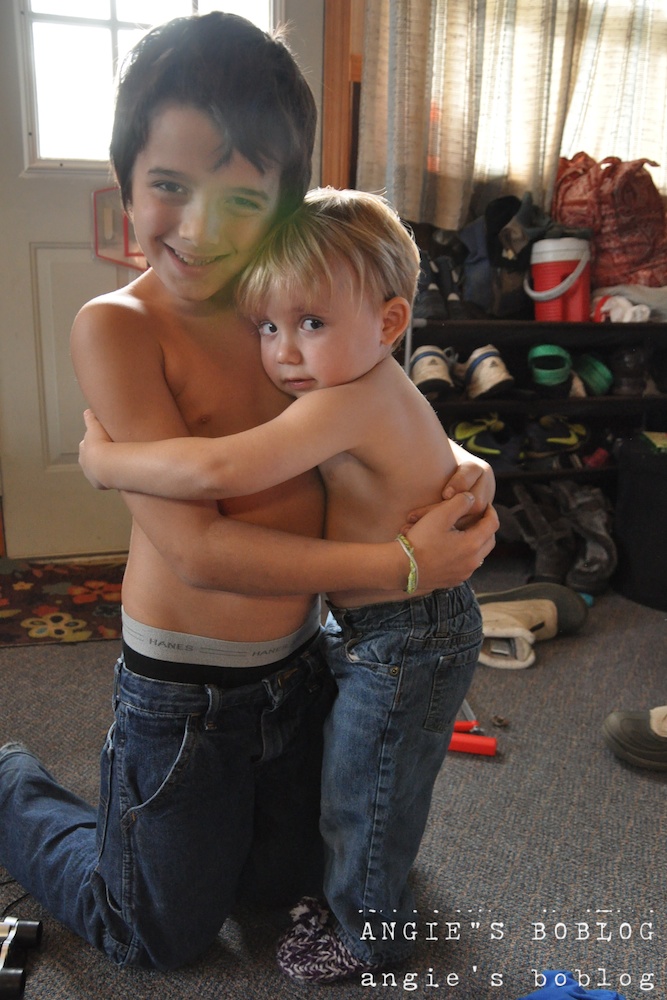 And -- bonus! -- I even got new photos of my niece and nephew.  I don't see these faces nearly enough for my liking.  I miss them bad, and I worry about them.  I need you two back, and soon! 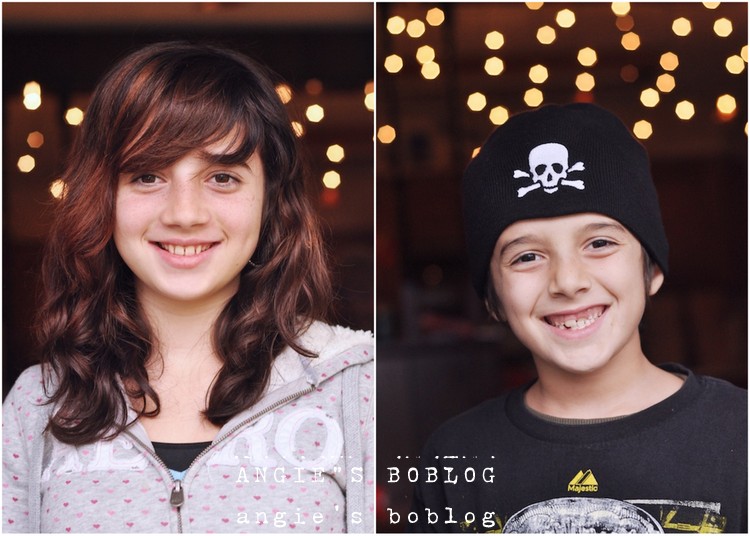 Sorry this post is close to being a novel.  That's what happens when I'm MIA for so long.