Every night right before I lay him in his crib I pray with Bobby.  Sometimes he joins in and prays too; sometimes not.  Last night when I started naming some "thank you God for...s" he interjected with "fank zou dirlies" (that's "thank you for girlies") and then "fank zou pool."  (We had been to the pool and three girls were swimming there also.  And Bobby loves little girls.  Enough that he thanks God for them in his prayers.)  Also, pools are my favorite.  Especially nice quiet clean ones.  Nothing better on a hot day.  Except for tubing and waterskiing.  But i suppose i technically can't do those things this summer.  cause i'm pregnant.  yeppers.  my normally thinnish waist is starting to feel very thick.  but i sport a two-piece bathing suit at the pool anyway.  i don't even care.  but i don't take pictures of myself in said bathing suit and post them here, that's for sure. 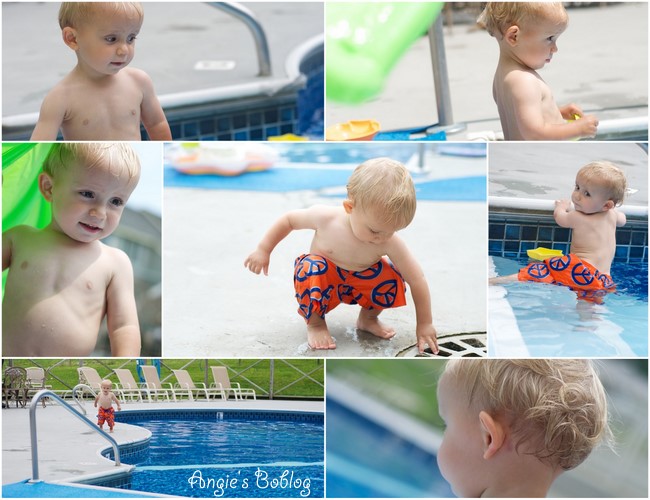 Bob has learned to cope with the fact that he can't play basketball in the middle of the night.  He's still obsessed, but at least he's been able to sleep.  "Baby can't dunk ba-beh-ball real high.  Too dark right now," he'll say. 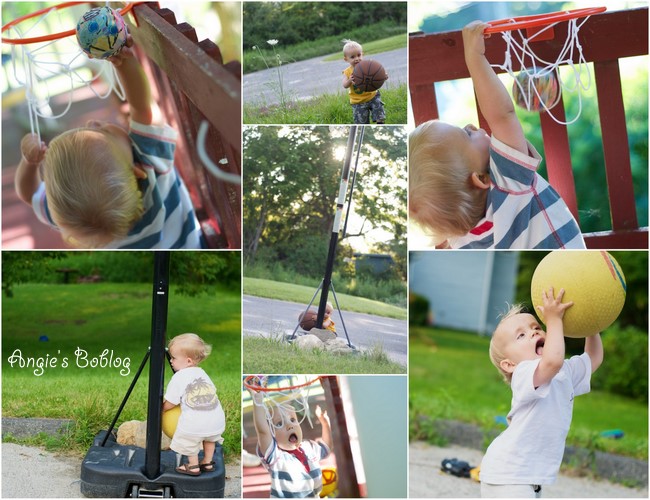 Last week when we were at Gram's I took Bobby for a walk in the woods.  He loves it when I do. 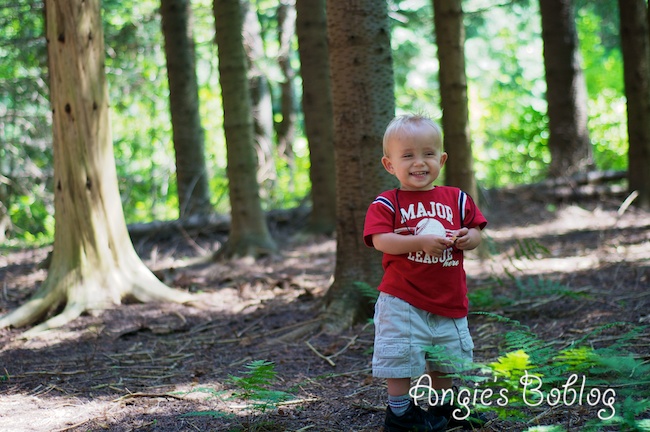 My brothers and cousins and I used to play in these woods for hour upon hour  -- building forts and climbing trees and playing cops and robbers and starting fires we weren't supposed to. 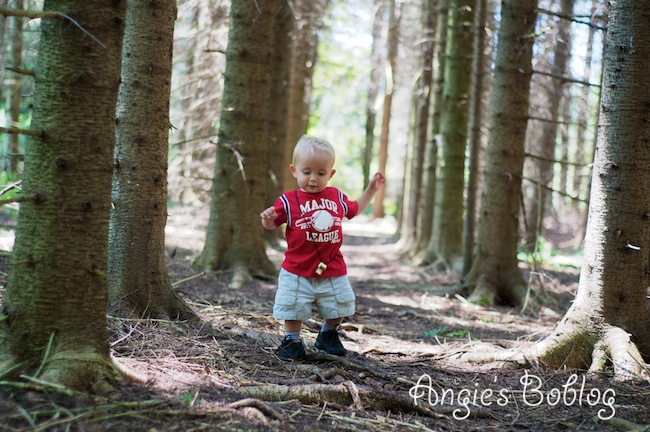 The whistle Bob has around his neck was mine; my little brother James had a matching one with blue gems (um i'm using that term loosely, obviously -- they were plastic) instead of pink.  When we were out playing Gram would ring the bell outside the back door and that was our signal to come home.  If we were far away we would blow the whistles to let her know we were heading back.  James's whistle has been partially broken forever, but mine was in perfect condition -- until Bobby broke it, of course.  Boys. 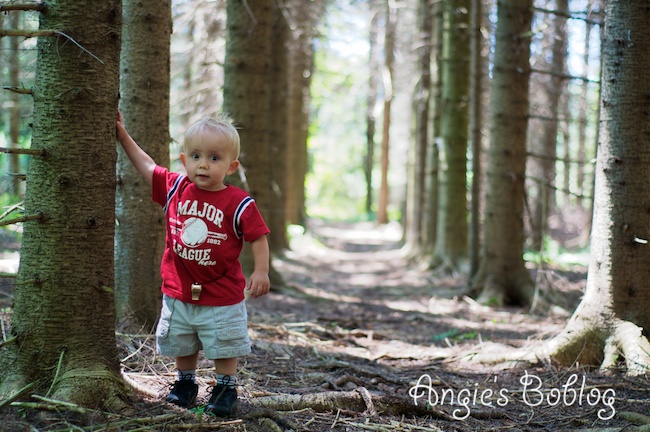 When we saw this tree that had fallen Bob said, "Mama poop it back up?" 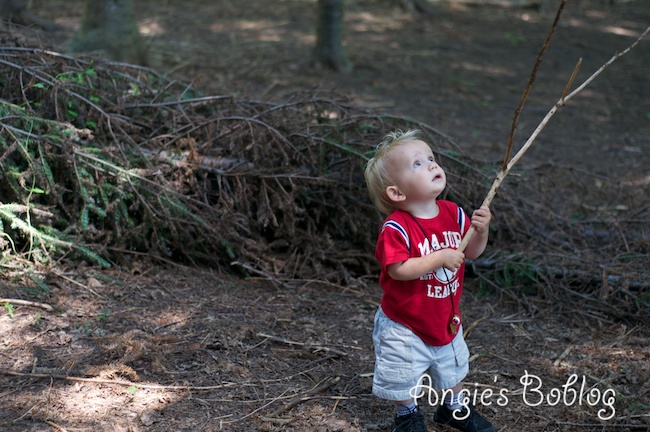 Then he kept trying to put fallen sticks back on the branches. 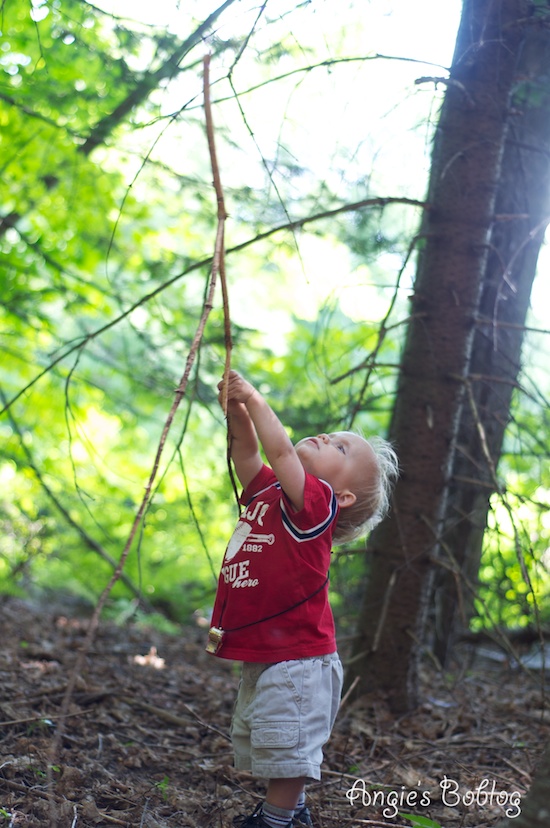 Being his boy self, he stomped in the mud and threw rocks in the stream. 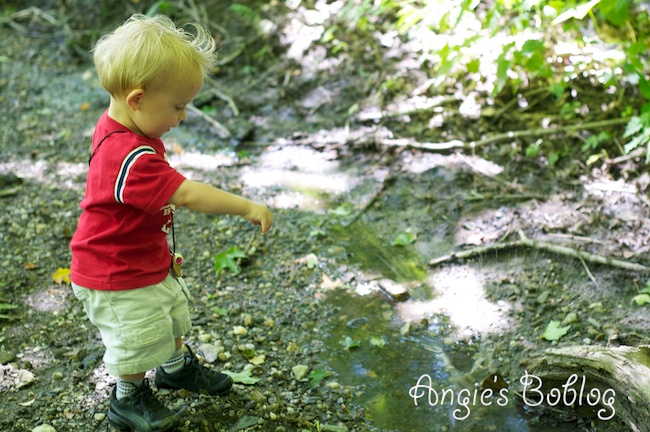 He soaked in the cool spotted sunshine that only the woods can provide. 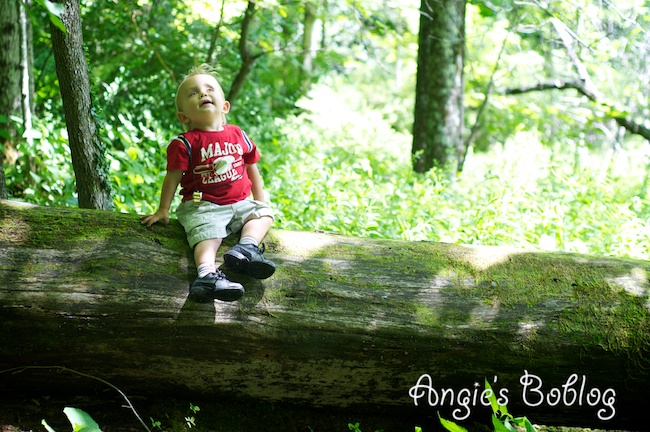 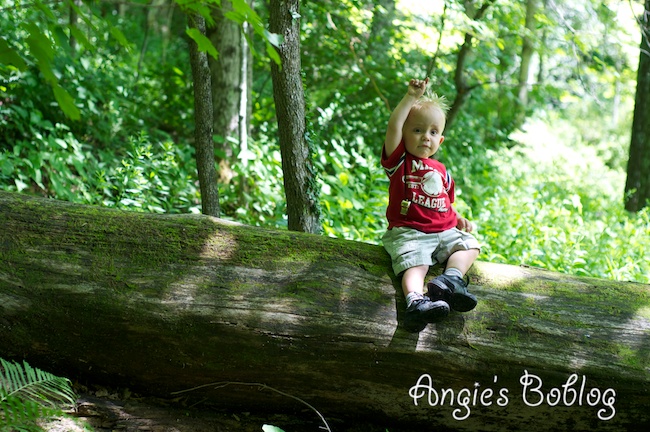 He inspected trees and moss and bugs and just everything. 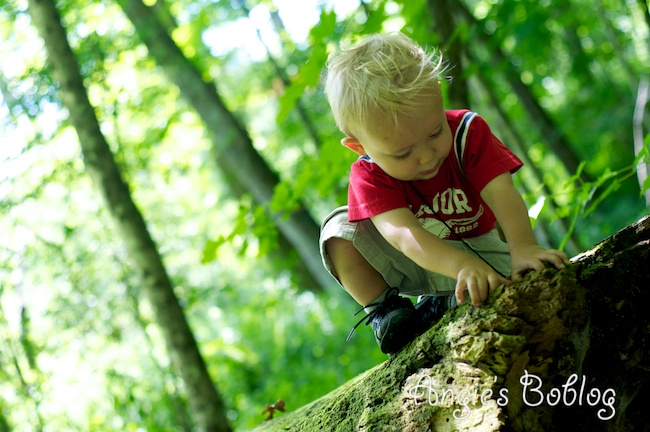 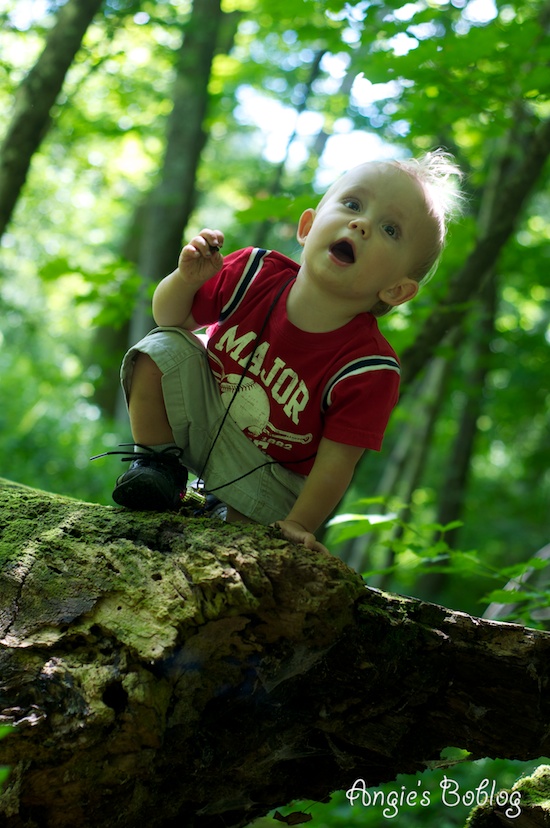 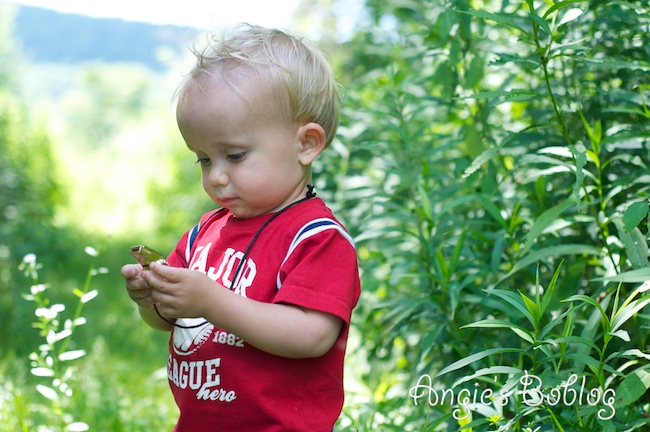 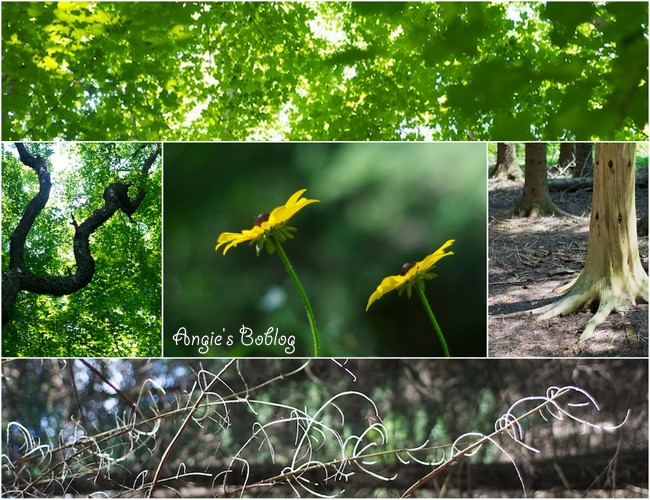 Ben and Bob and I had a lunch date at the 99 recently...  Man I love that restaurant.  Boneless buffalo chicken salad.  Come on.  We haven't been since we lived across the bridge from the one in Salem, and now that I think of it I'm pretty sure Bobby was a newborn the last time we went.  And now I'm making myself super hungry.  Can I make ben run out for curbside to go right now since i'm pregnant? 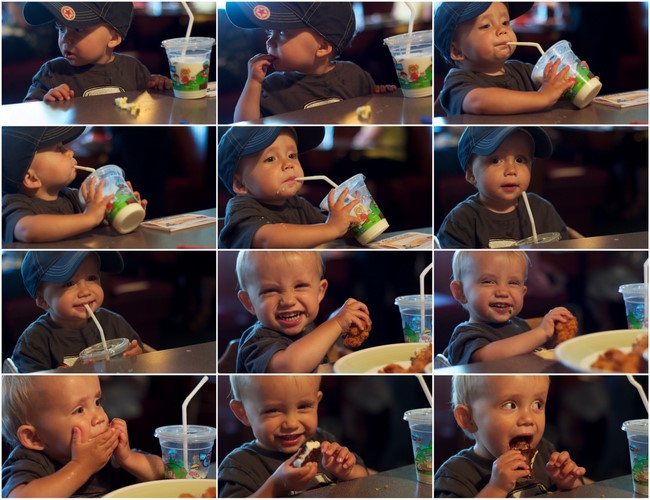 Bubbs was super cute and well-behaved the whole time, just gobbling up everything the place had to offer.  Milk and popcorn and chicken tenders and broccoli and lemon slices and an ice cream sandwich.  Mmm.

And I think I'm gonna call it quits for tonight right there.  But I'll be back soon, i promise.
Posted by conveyableflow at 10:52 PM