We're officially moved into our new apartment.
On the cul de sac next to our house is a basketball hoop.
Bob is obsessed. 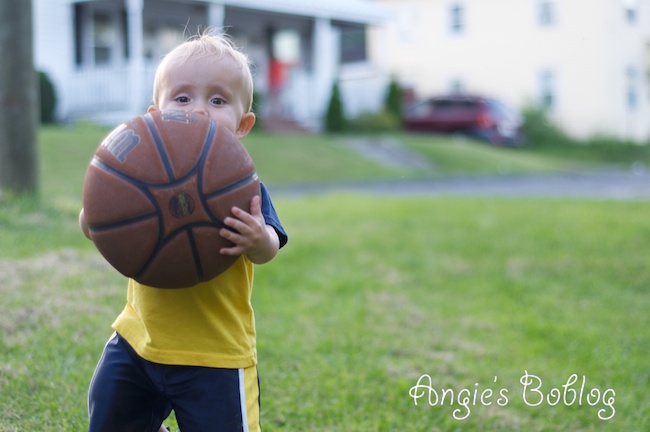 So obsessed that he can hardly sleep.  He's up hours past his bedtime, talking in his crib about "dunking real high ba-beh-ball hoop" and "can't dunk it, way too high."  Then he wakes up in the middle of the night and it starts all over again.  I go in to calm him down and he says "get up!  shoot ba-beh-ball real high," and i try to explain that it's too dark out so it's better to rest and build up our stamina for tomorrow.  tonight has actually gone better so far.  probably because he's been so sleep deprived the past few days. 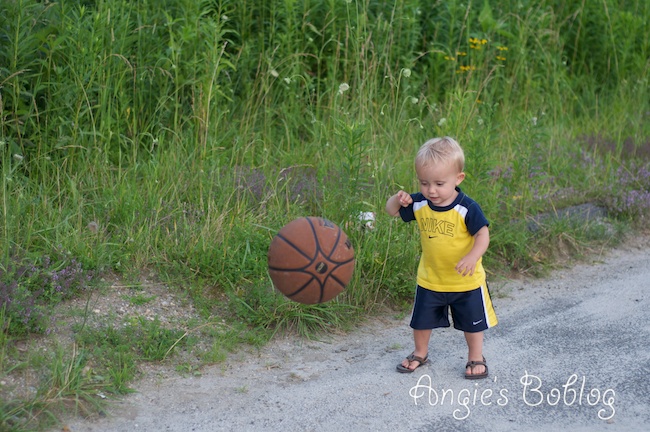 Bobby knows he can't make the shot, and yet he is so determined to keep trying. 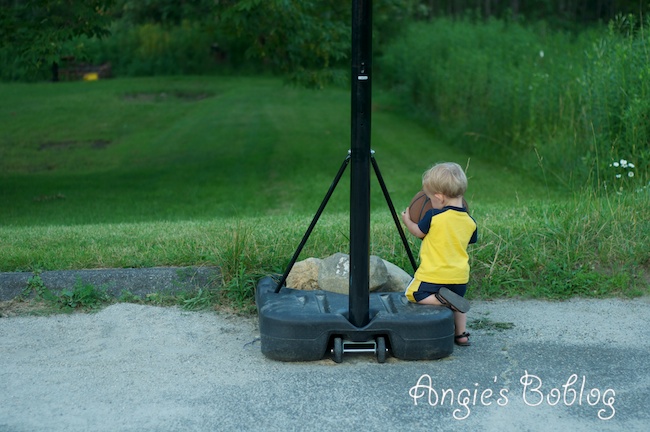 He seems to think the six or eight inches he gains by standing on the base of the hoop will make all the difference, but i think we all know that the behind-the-hoop angle isn't doing him any favors. 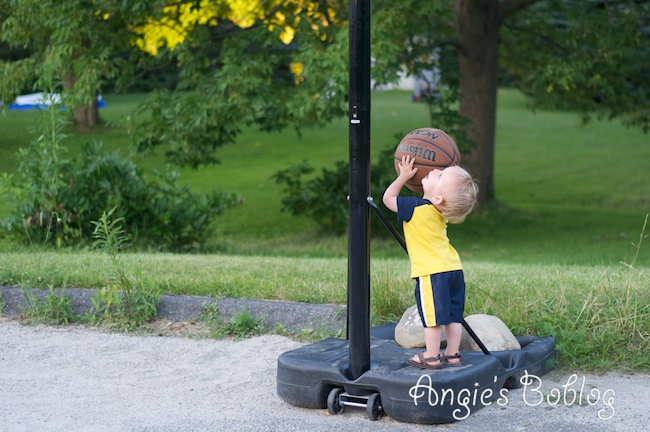 He always wants me to play with him, which I wouldn't mind except that he usually makes me use the little ball.  and i just don't think that's fair since i'm the big one. 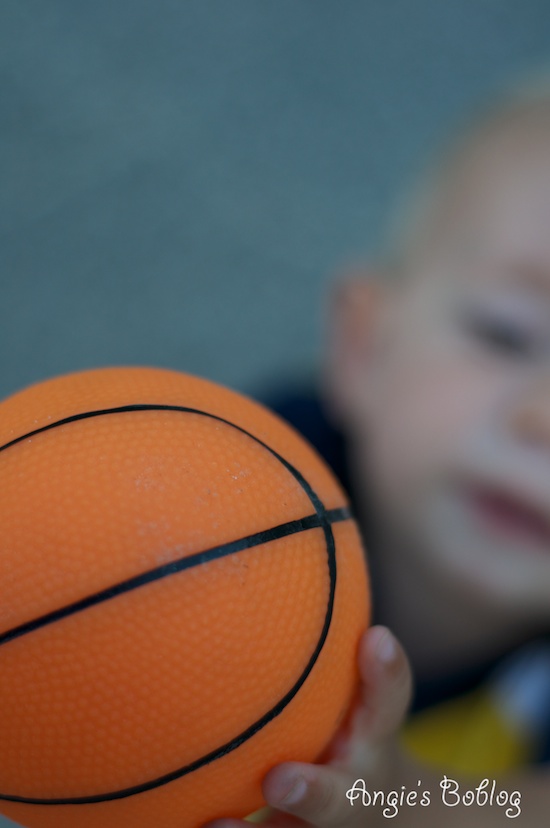 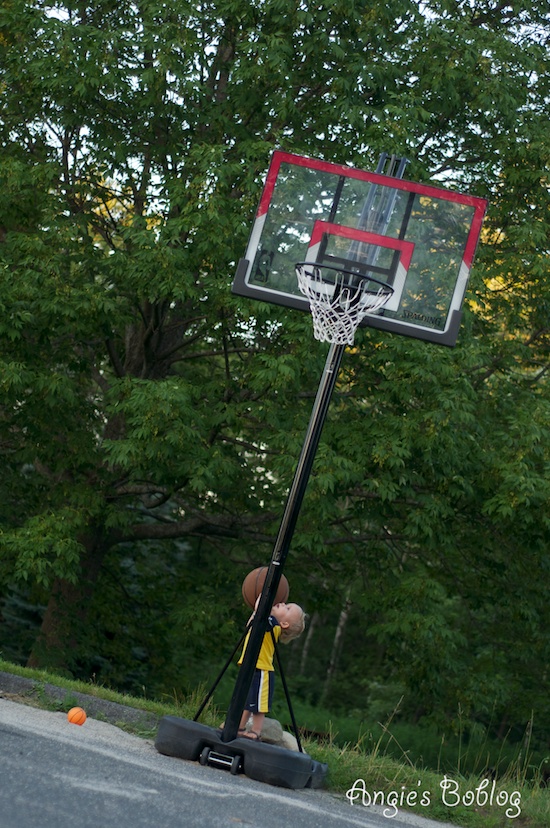 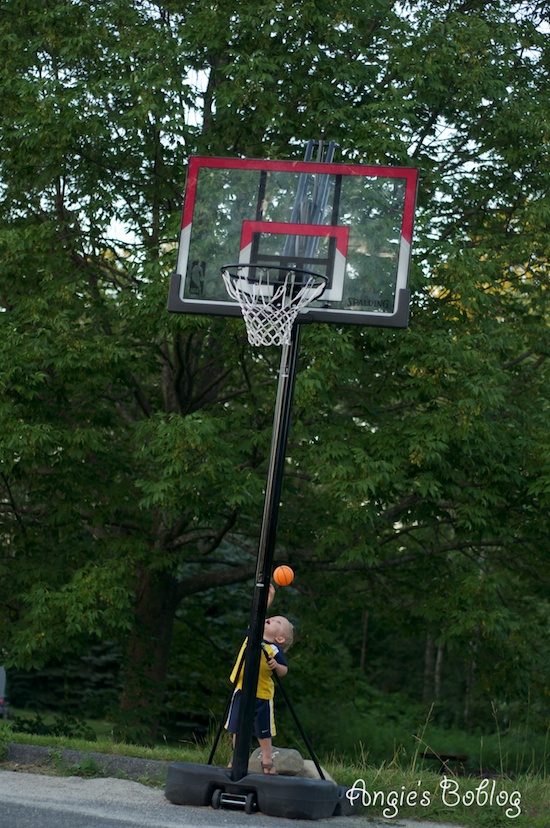 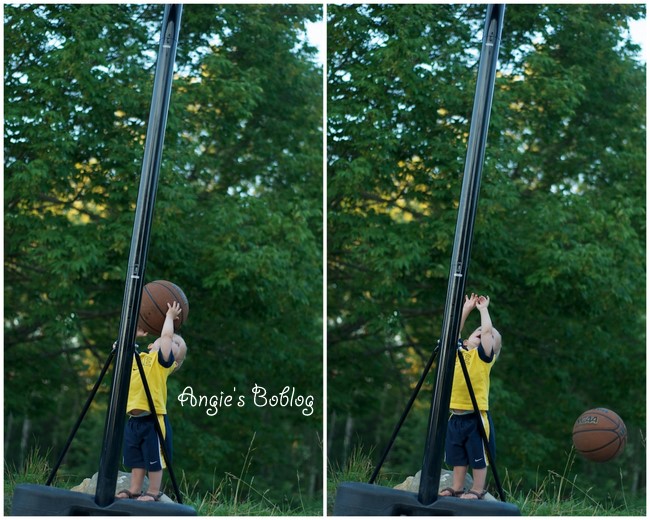 Here's a little video.  I added closed captioning for the deaf and those who can't understand bob's dialect as well as i can.  (You might want to pause the music at the bottom of the page.)

Posted by conveyableflow at 10:55 PM