Lately we've had really kinda lame weather, cold but no snow, just grayness.  Until a few days ago -- got a nice hammering and Bob got to try out the snowsuit we bought after it snowed once in October.  All he wanted was a "didheh" (a "digger") for scooping up snow like dad. 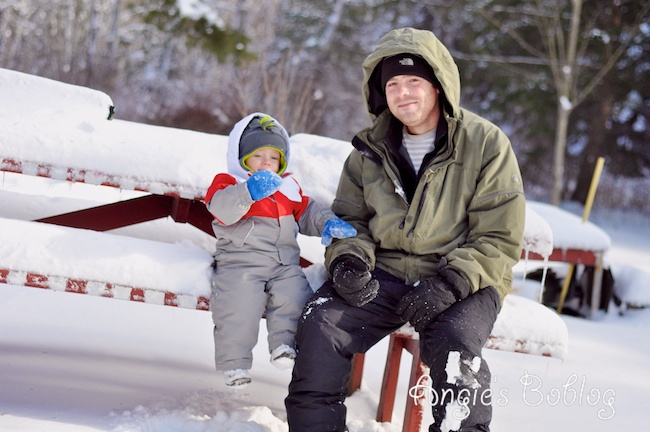 His other favorite is "oof poofin" into the snow. 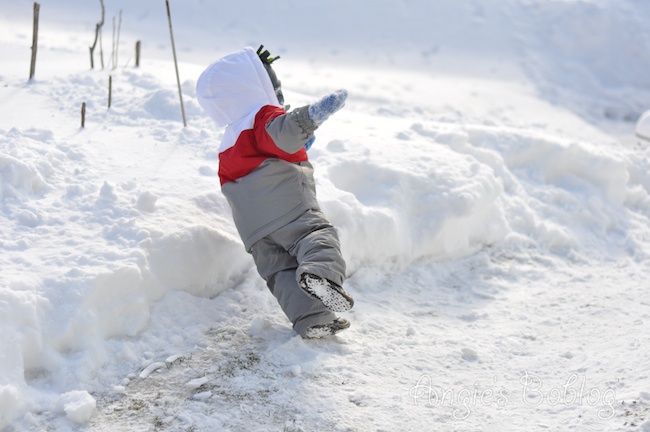 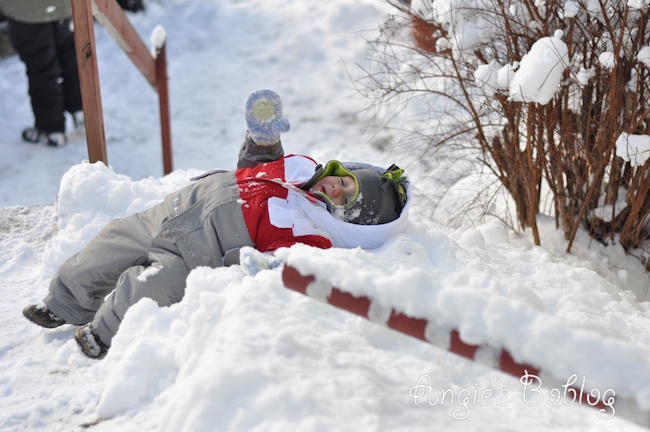 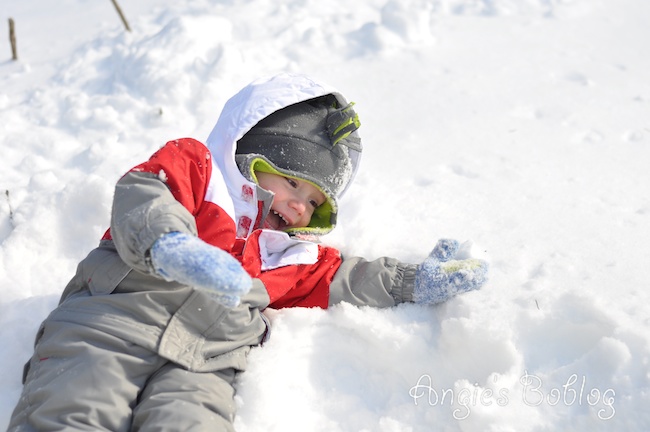 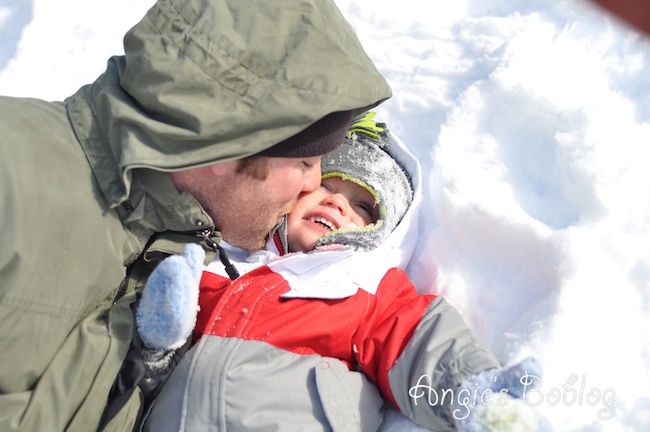 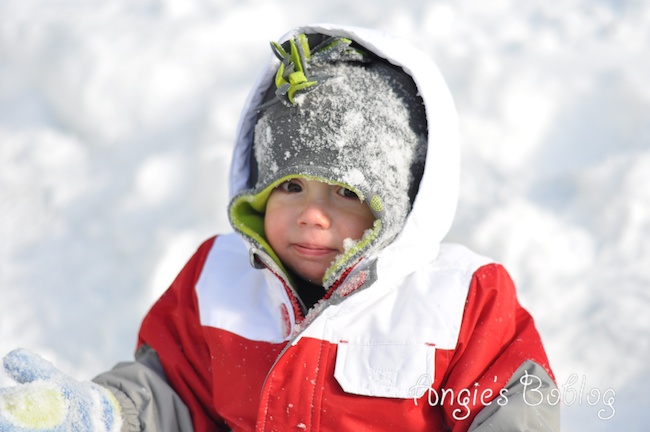 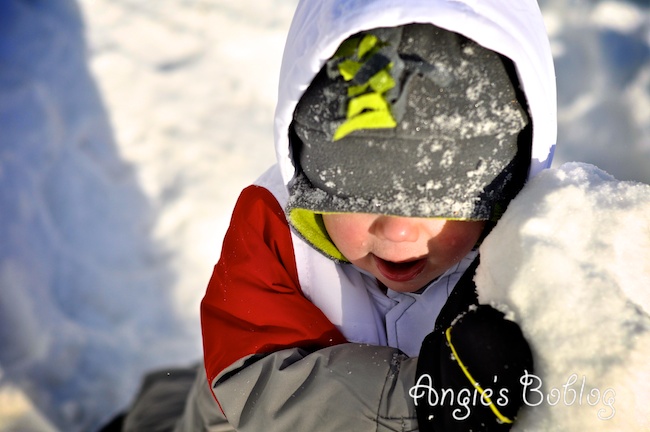 Lately I've been spending more time than usual watching bobby sleep.  Because I know I won't have as much time for that once baby brother is born.  Because he is so absolutely precious my heart can hardly handle it.  Because my little brother is in jail again and i feel this overwhelming need to just pray over my boy -- that God will keep him safe and make big plans for him and prepare him for those plans -- and also to pray for me -- that I will be the best mother to him that I can be, nurturing his little heart to be one that is focused on others and his little mind to be one that is fixed on what is right. 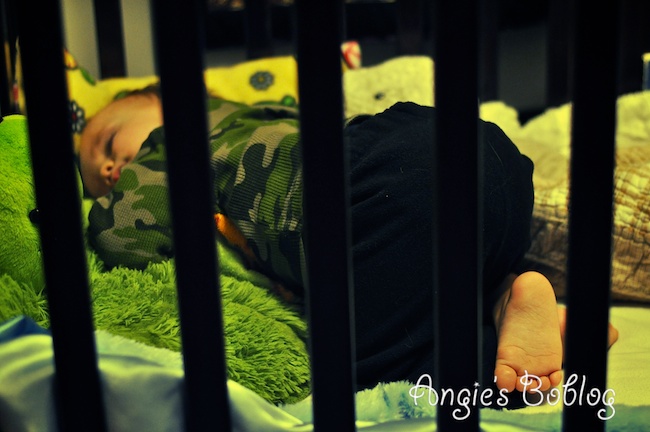 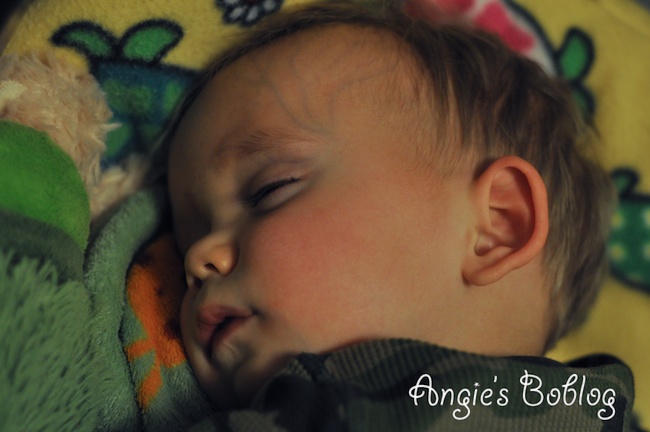 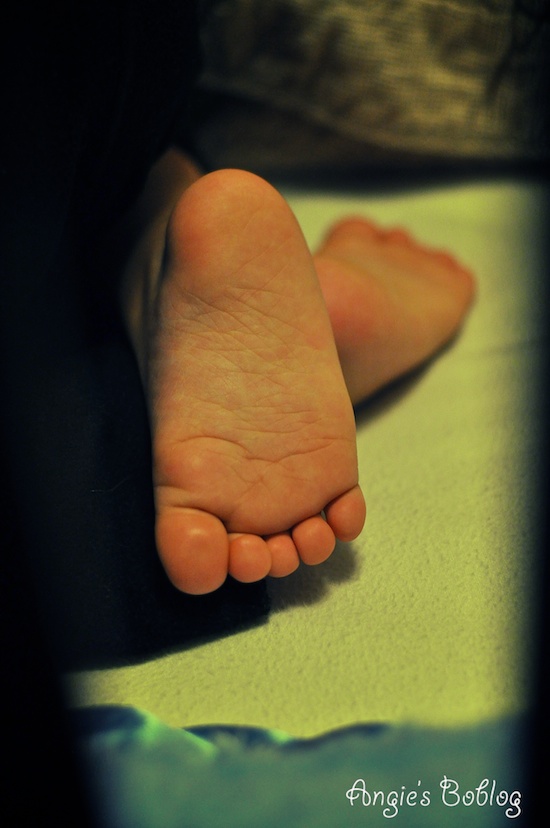 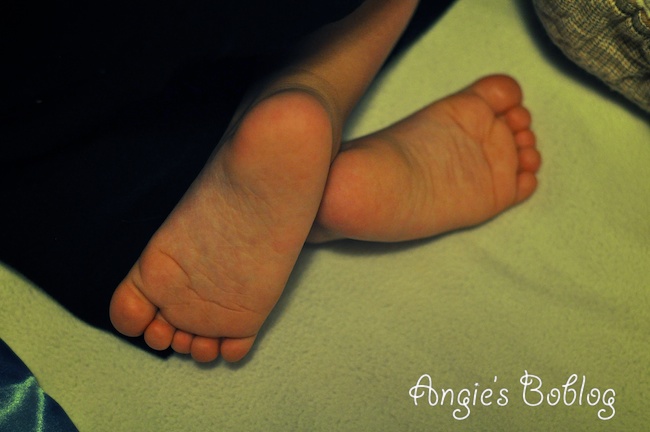 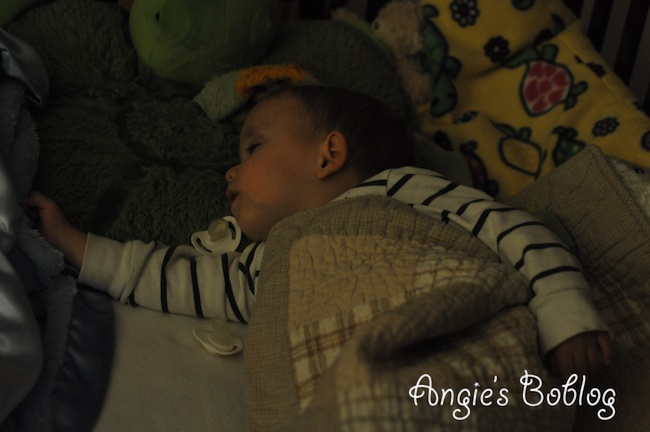 Lately we've been walking the mall for no real good reason, just for the fun and mild exercise of it.  Bob sprints through the whole place searching for the rides; luckily he doesn't care about turning them on -- he just climbs in and out of every single one and we don't waste a single quarter.  (I forgot that one of the mall security guards once told me he could arrest me for taking photos in the mall... so no one tell on me, please.) 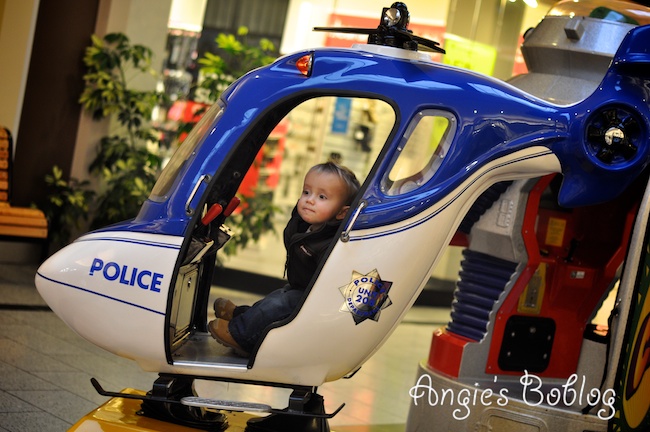 Lately we're very into "family popcorn and yahtzee time."  For about a week bob wanted popcorn for every single meal.  Thank goodness that wore off. 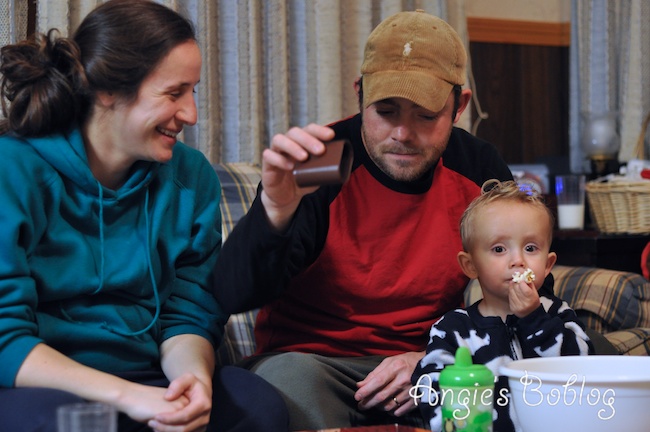 Lately Bob's been known as "Skunky Rocker" (he saw it on Wonder Pets) and he loves to rock out on his guitar and play Guitar Hero. 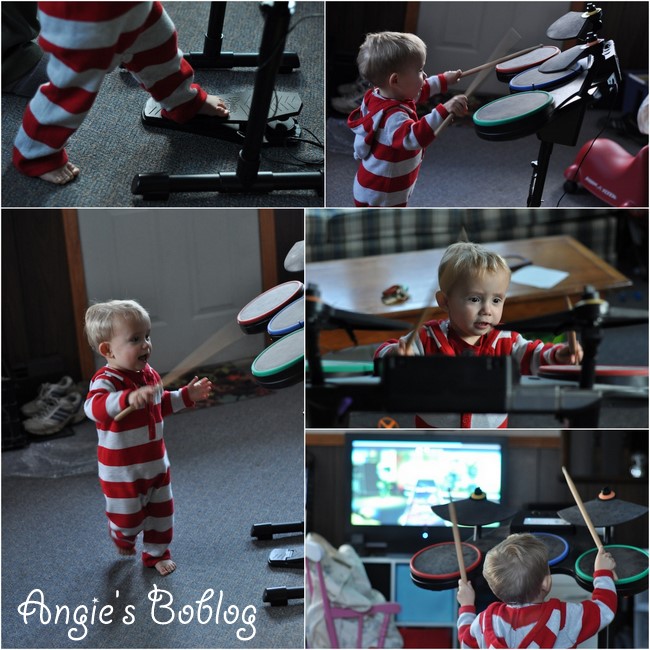 Lately we've been out to eat at the Chinese buffet a couple of times.  It's our favorite.  It's especially the best for Bob.  Just $1.99 and he eats tons of food because he loves chinese so much -- especially the vegetables which is a bonus -- plus fruit and ice cream for dessert.  Can't be beat.  He read his own fortune out loud for the first time, too -- "A happy life is just ahead for you" or something like that. 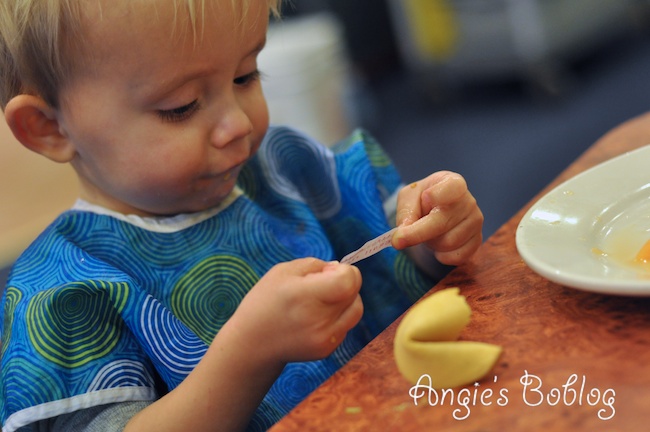 Lately Bob's very friendly with strangers.  A few nights ago at the buffet when we were all done eating we let him "hop away on the little rectangles" for a bit and he had a conversation a couple of tables down that went something like this:
Bob: "Adios!"
Guy: "I see you!" (I don't think the guy understood bob's espanol.)  "What's your name?"
"Bobby.  What's Mommy's name?"
"I don't know."
"Angie.  My mom has a baby in her beh-wey."
"Oh.  Did you eat a good supper?"
"Yeah.  But he is eatin ice cream."  (pointing to the guy's son)
"Yes, he is.  Are you looking for someone?"
"My mom's wight oveh vey-ah.  Bye!"

Lately we've been trying to encourage potty use.  I can't say that it's going particularly well. 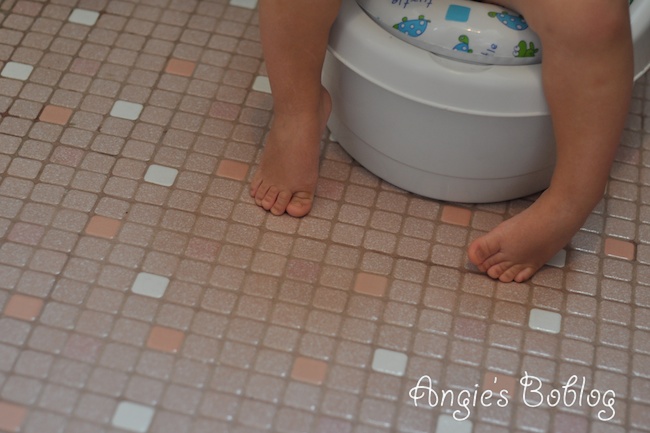 Lately we've been monitoring this tree that the beavers are working on.  Beavers are nuts. 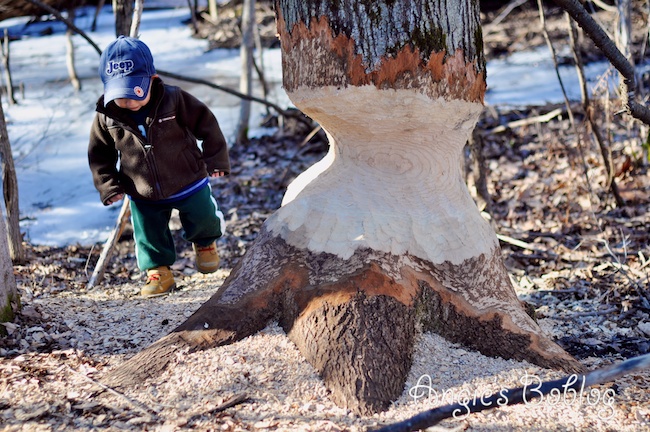 And most of all, lately I've been waiting not so patiently for my body to oust this baby.  Man, the last couple of weeks are hard -- everything's pretty much all ready to go, and we're just waiting and prepping and re-prepping Bob, and every day wondering, will this be the day?  I was due on Saturday; Bob came a week late; so, maybe I should try not to think about it until the weekend?  I'm ready.  Let's do this. 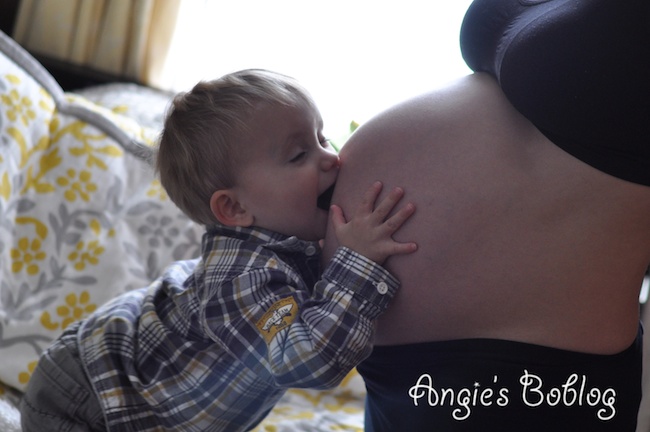 Posted by conveyableflow at 10:11 PM