The end of December:

Christmastime is officially over, I suppose -- except that I'm still working on my super long family slideshow dvd.  It's hard this time around.  Being our last year with Gram, this flick's going to be a tear jerker for certain.  I can't even test out songs without getting all choked up.

There was certainly a hole this Christmas.  I thought we'd all spend the afternoon at Gram's this one last year like we always do, like I have every Christmas for my entire life.  Crowded house filled with all the crazy people that make up the family talking in their loud voices, plus the stragglers who were brought along, and all the kids opening presents and playing with new toys and giving lots of hugs and kisses.  Milling around outside by the back door in the freezing cold, drinking beers and smoking cigarettes (not me) and talking and laughing.  Eating lots of yummy pie and divvying up the leftovers at the end of the night.  Just everyone being together that one day of the year -- even if we don't do anything fancy, and even if, this year, our Gram was there only in spirit.  But in the end it didn't happen -- no one wanted to cook or something.  Or else Gram really was the only thing holding us all together, as I've always feared.  It hurts my heart to think about.

But a lot of this is just sinking in now, in these post-Christmas, pre-New Year's days of reflection.  On Christmas Eve, and Christmas Day itself, I was very much wrapped up in my own little family's joy.

Christmas Eve we spent getting some last minute items together, like food for the fridge.  We went to the service at church that evening, came home and had supper and got Bobby ready for bed.  And then proceeded to let him stay up way too late because my cousins Nate and Erica and my little brother James came over.  After Bob went to bed, close to 11:00, all us "grownups" played Yahtzee and dominoes and ate lots of snacks.  And then somewhere around 3:00am Ben had finished building Bobby's train table and we all helped assemble the track and buildings.  And then somewhere around 4:00 everyone left, and finally around 5:00 I went to sleep, and Ben was still up a little longer wrapping my presents. 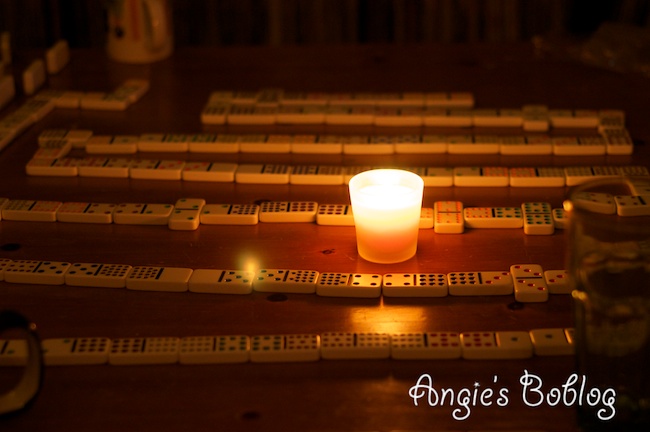 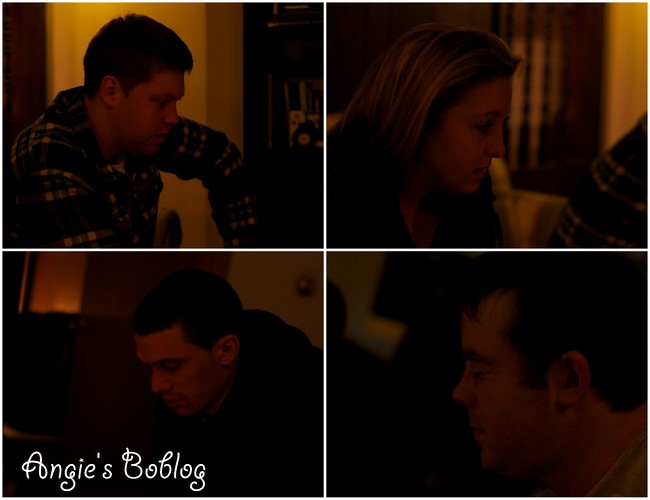 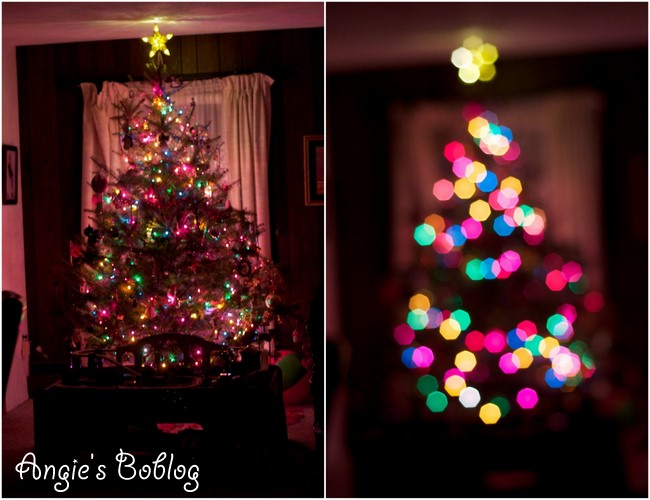 ...  A couple of weeks later, when I finally return:

I haven't made time to write lately... mainly because:
1) I'm wicked pregnant and pregnant ladies need their rest and so I usually spend the majority of bob's naptime napping myself, and that's normally one of my prime blog-times;
2) Ben and I are a little addicted lately to watching Cheers reruns and playing Yahtzee after bob goes to bed, and that's another of my prime blog times;
3) Due to number 1 above I can't really stay up late and smile in the morning, and "late" is probably my very most prime blog time.
See, I'm already too tired for this and barely making sense.
But I'm making a point to carve out a few minutes to sit here and type, because let's face it, I could go into labor at any moment.  It could happen tonight.  You never know.

I've felt this way for the past few days -- just very aware that it could be any day now that I become a mother of two.  I've let myself be very present with bobby -- staying away from the computer and reading even more books than usual before bedtime and letting him stay up late and getting in the tub with him and cherishing every word he says.  Because even though my second son is taking a lot of my energy at this point, he doesn't take all that much of my attention, and soon that'll change.  I guess I'm a little sentimental about this period of life where my first is my only baby.  Not that I'm not excited -- oh man I don't know if I can get any more excited!

Bobby's pretty darn excited, too -- and I think he totally gets it.  He's going to be a great brother, I know.  He's such a little tender heart.

I did want to finish writing about Christmas...

Luckily Bob slept in late on Christmas morning -- til 9:45 I think.  We went in to get him from his crib and brought him out and he was thrilled to see the train town all set up in front of the tree.  He got right into it and wasn't all that interested in opening any packages.  The first thing he opened was socks, so after that it was tough to get him to open anything, but after he got a couple of things he liked he started to catch on to the idea of presents.

I didn't take any photos because I had the videocam out instead.  Here's one from late Christmas night: 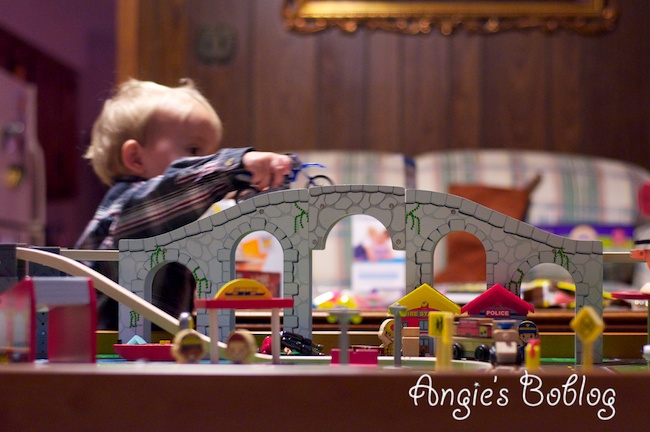 For days Bob could hardly sleep because he was so excited about the train table.  He'd wake up early in the morning and when I'd walk into his room he'd be standing at the crib rail; "May I can go see that big pwesent?  Yes, I can!"  Then he'd sprint across the house and jump right in where he left off.

So, Christmas was cute.

And the next few weeks are fixin to get even cuter I'm pretty sure.  Want a shot of my ginormous belly?  Here you have it... 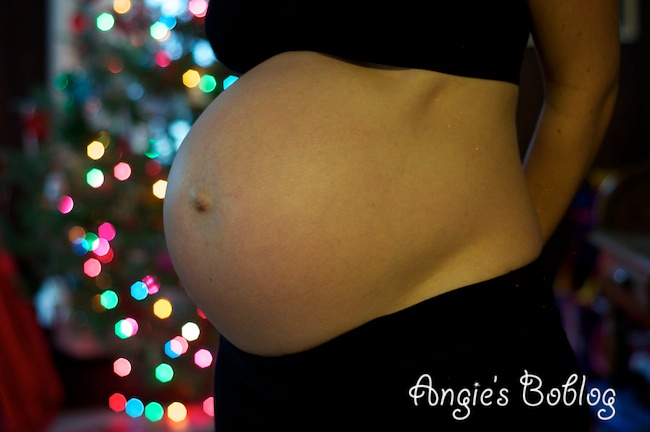