I didn't take a ton of photos on Sunday, mostly because poor Owen is teething already -- the two bottom front, the right one's already in and the left should be breaking through any day -- and he needs me a LOT of the time.  Thanks to my niece Chloe there were moments my hands were free though...

Owen had a major poo-splosion as soon as we got to Gram's and needed a quick sink bath. 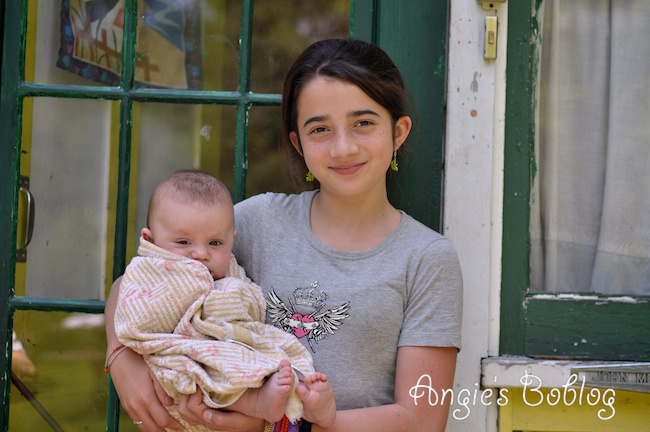 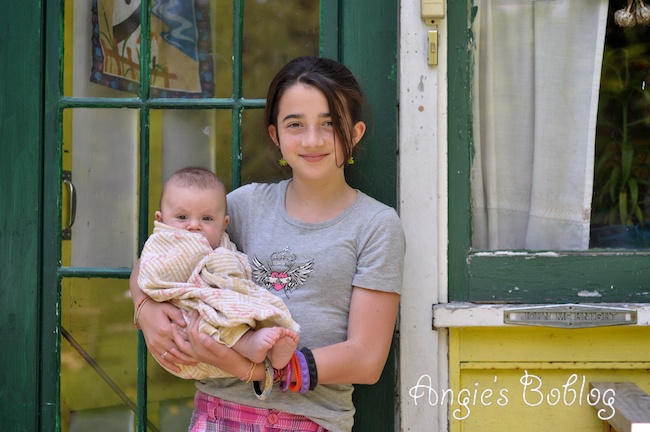 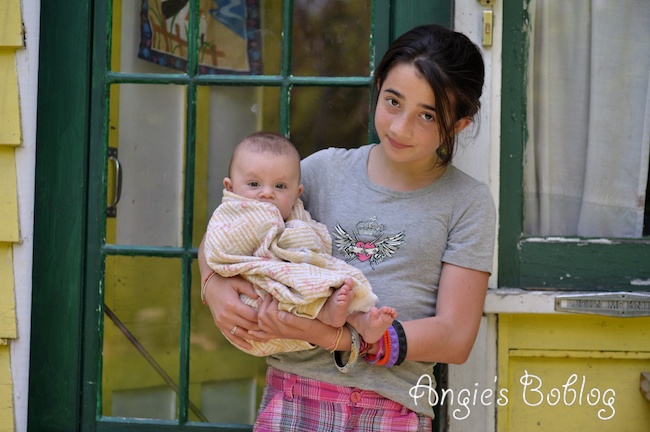 Crystal showed us how to make snapdragons open their mouths, and Grandmother showed Bob... 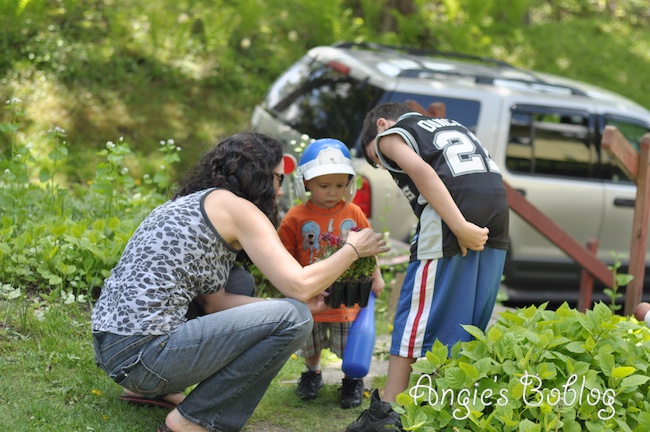 Oh, tiny bobby.  My little police helmet wearing baseball player adventuring on his own.  It's funny to look over and see him standing by himself, his body so small but his soul so big. 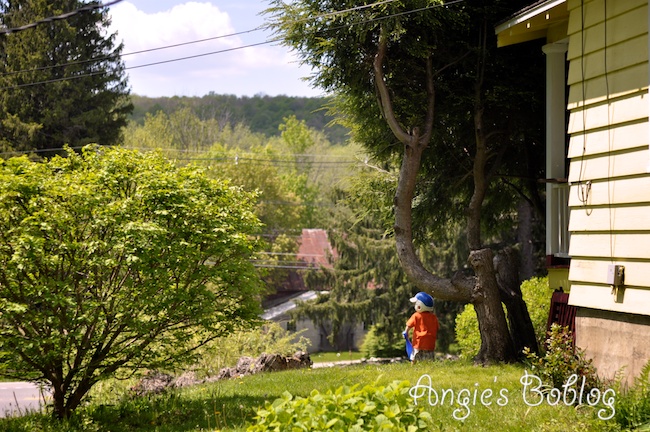 His pudgy little fingers holding onto Mason's belly are so deliciously precious I could eat them up. 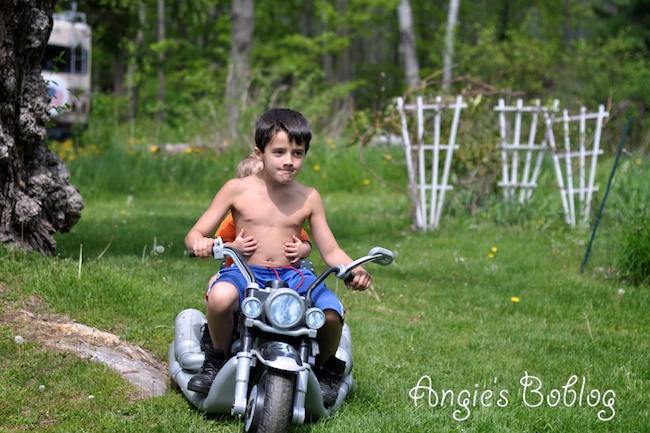 I need a close-up. 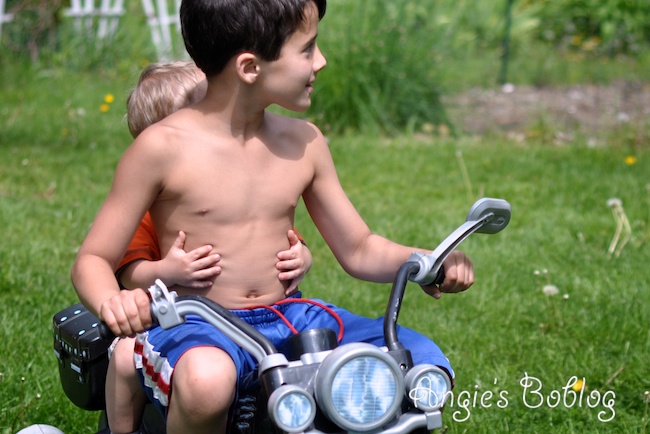 First cousin photos since Owen was born.  And he's already practically the size of Bobby. 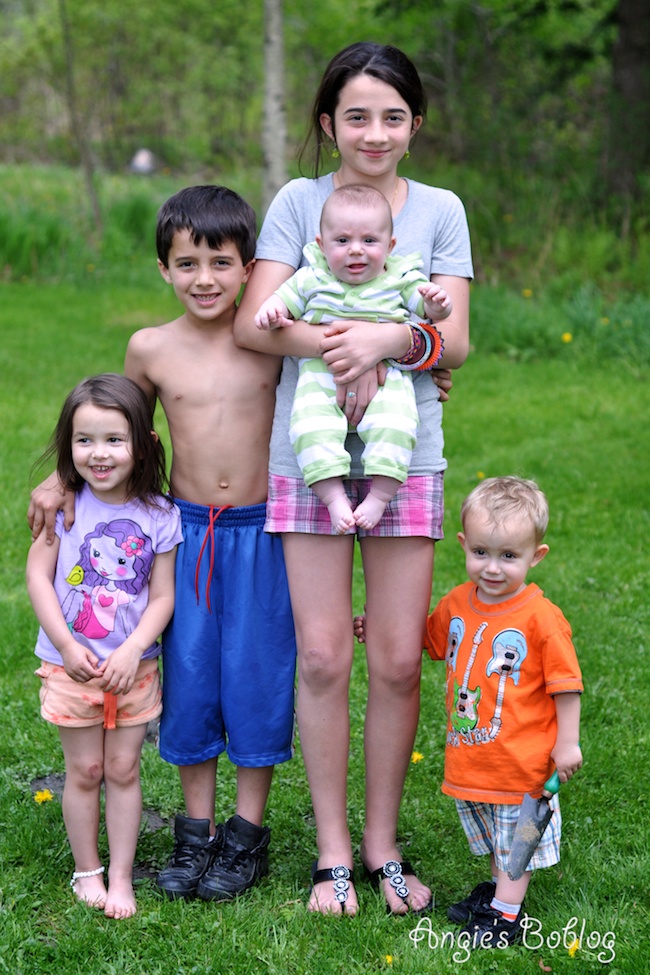 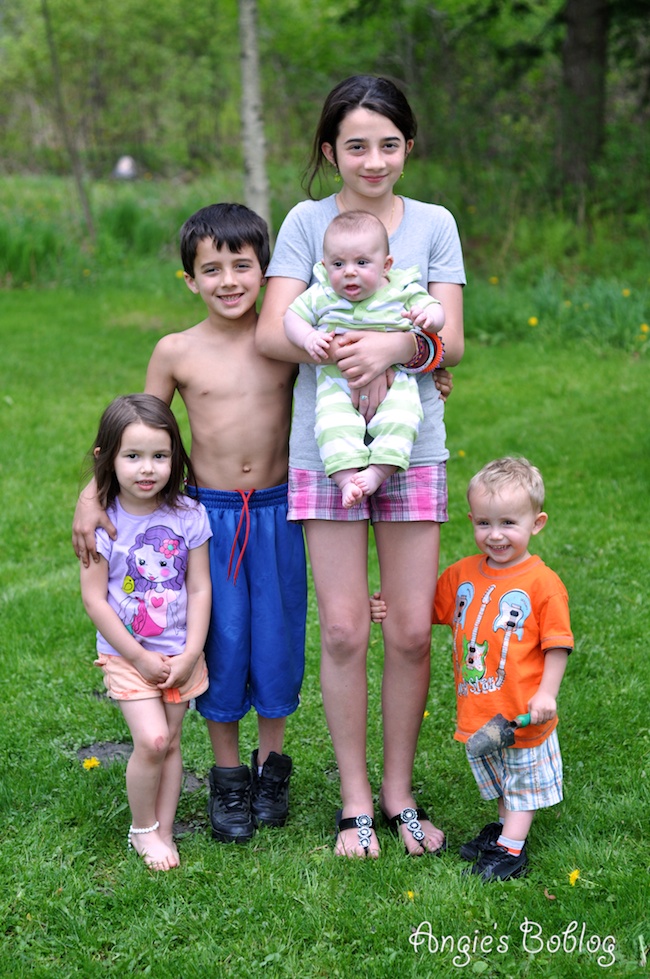 All I wanted for Mother's Day was a good photo with my two babies.

We tried one more time, over by the fire hydrant. 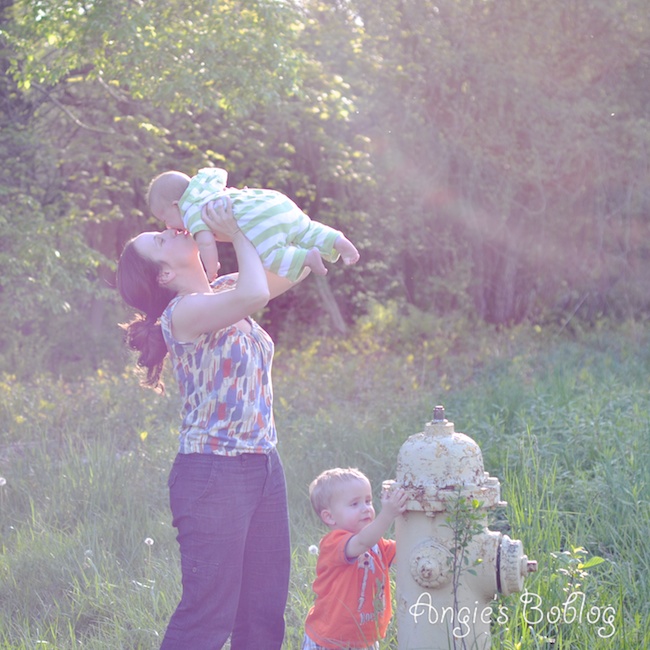 The timing just wasn't there.  Owen needed boob and nothing else would do.  I suppose I could have just whipped one out in the street, but... we'll just have another go some other day.
Posted by conveyableflow at 9:06 AM