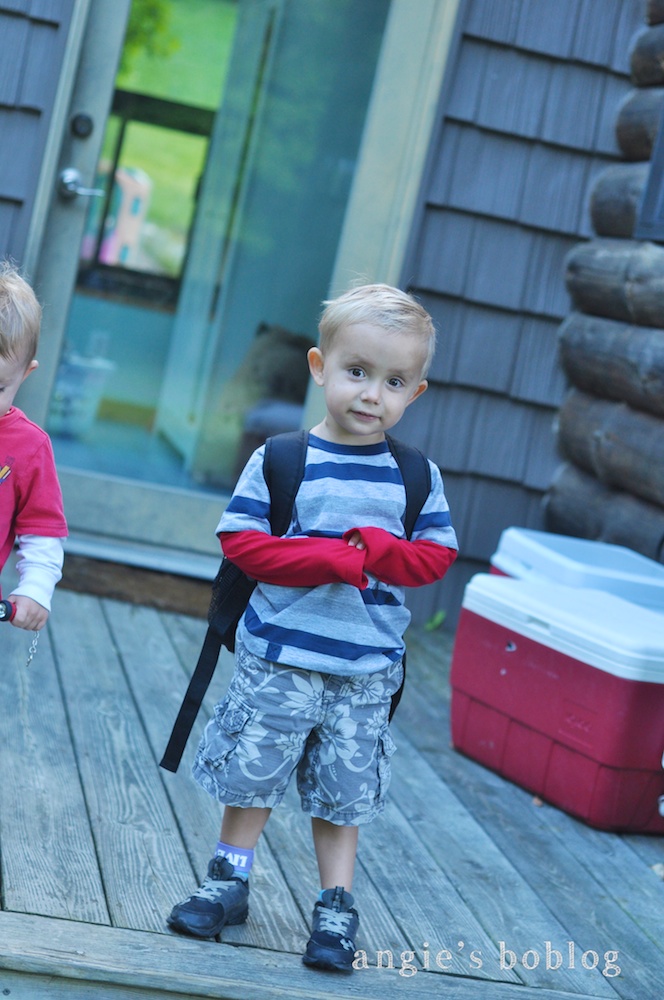 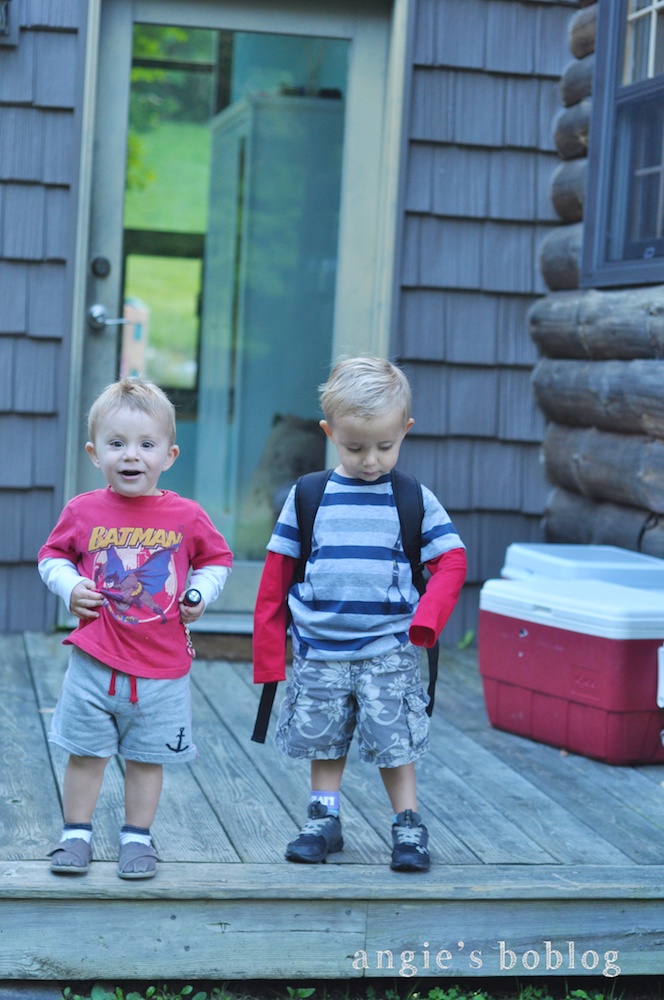 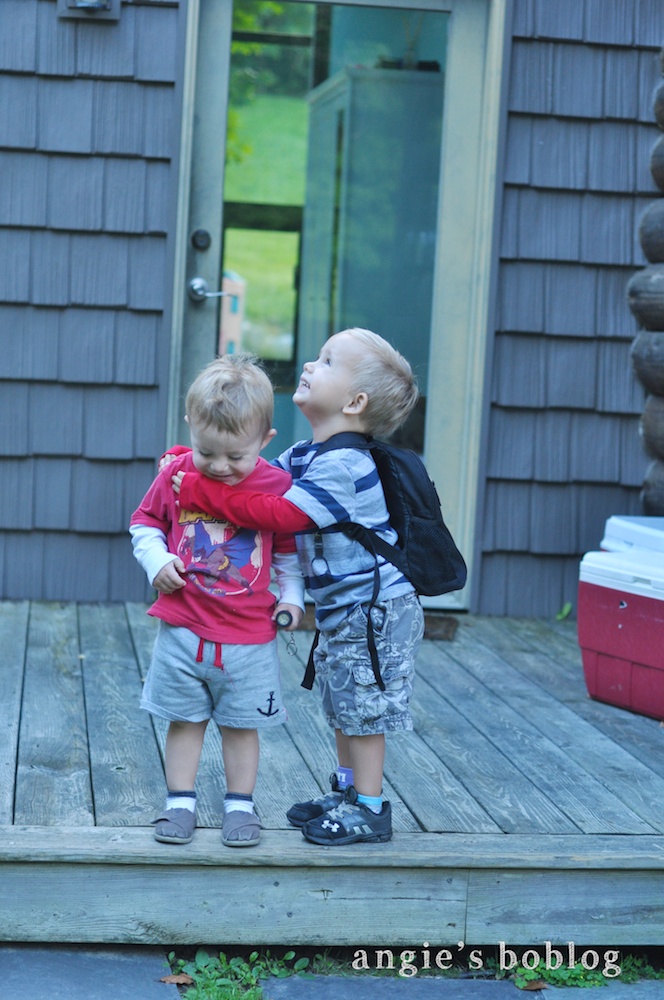 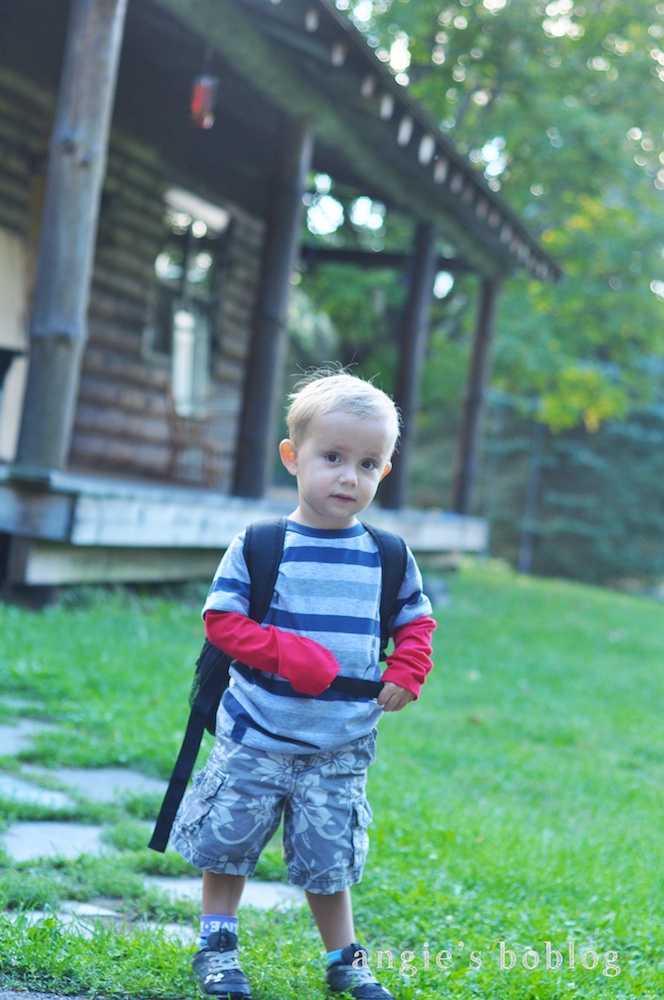 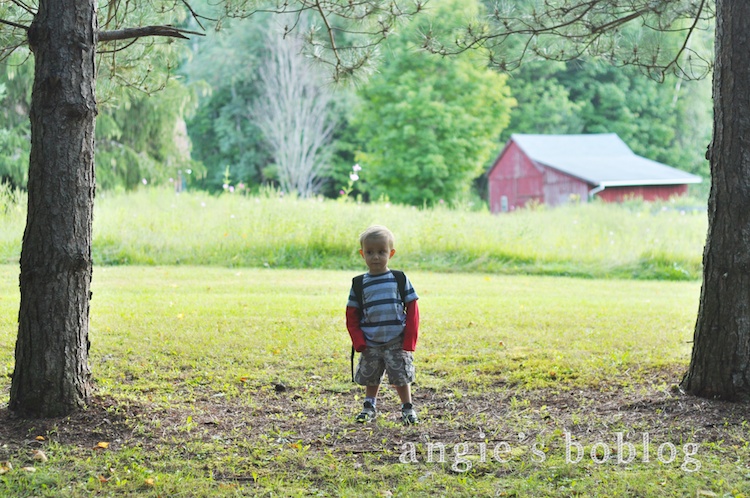 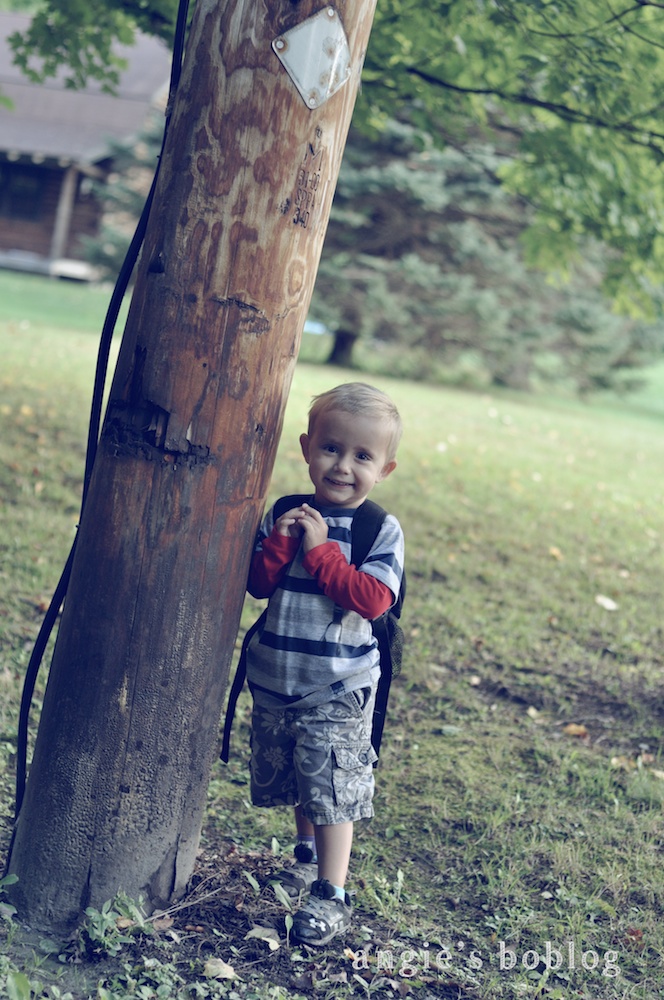 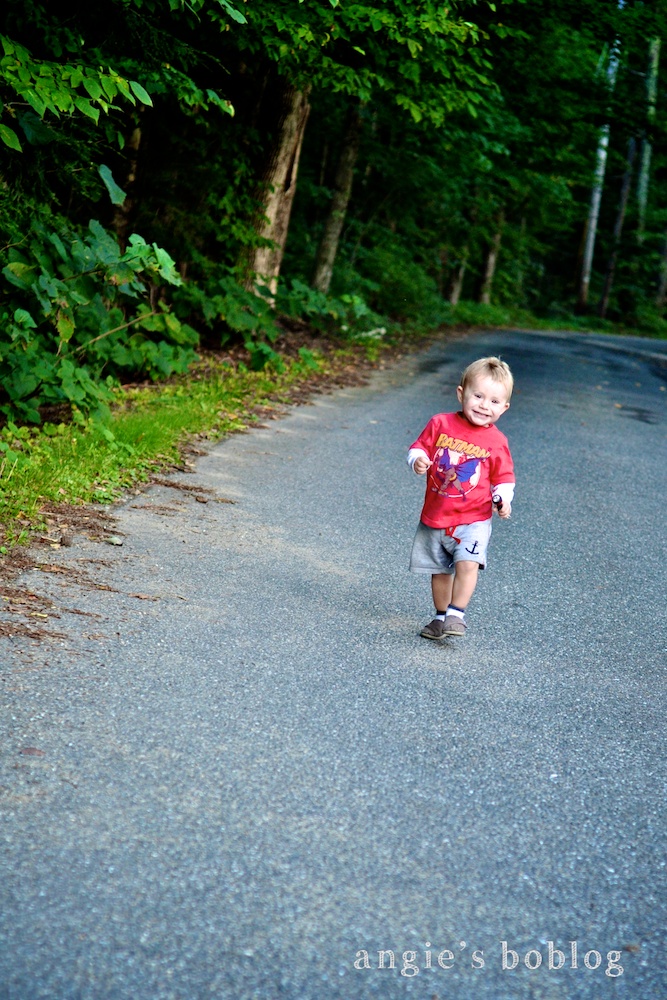 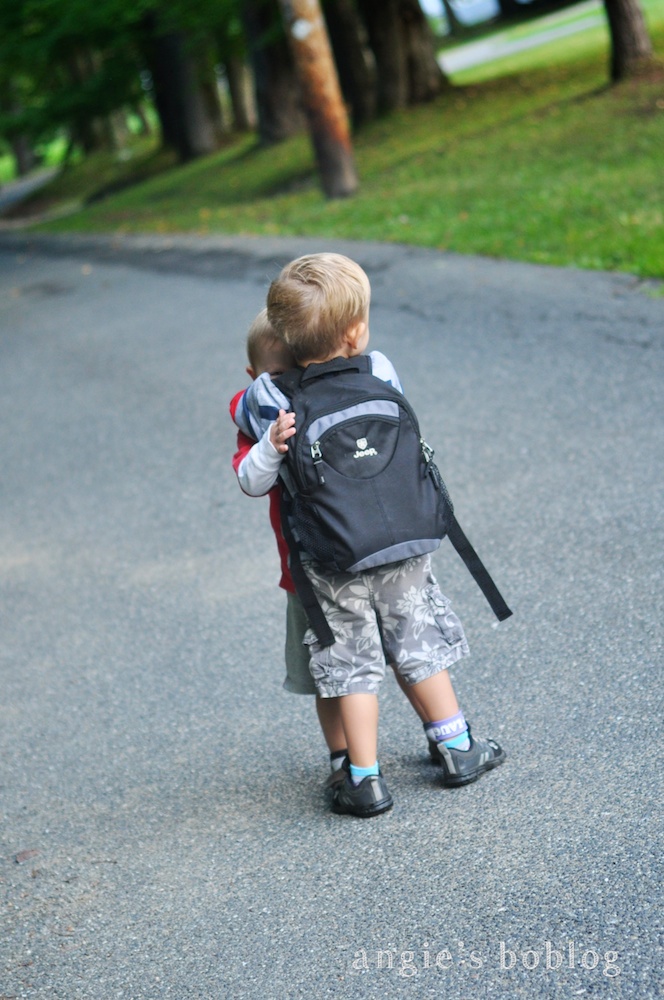 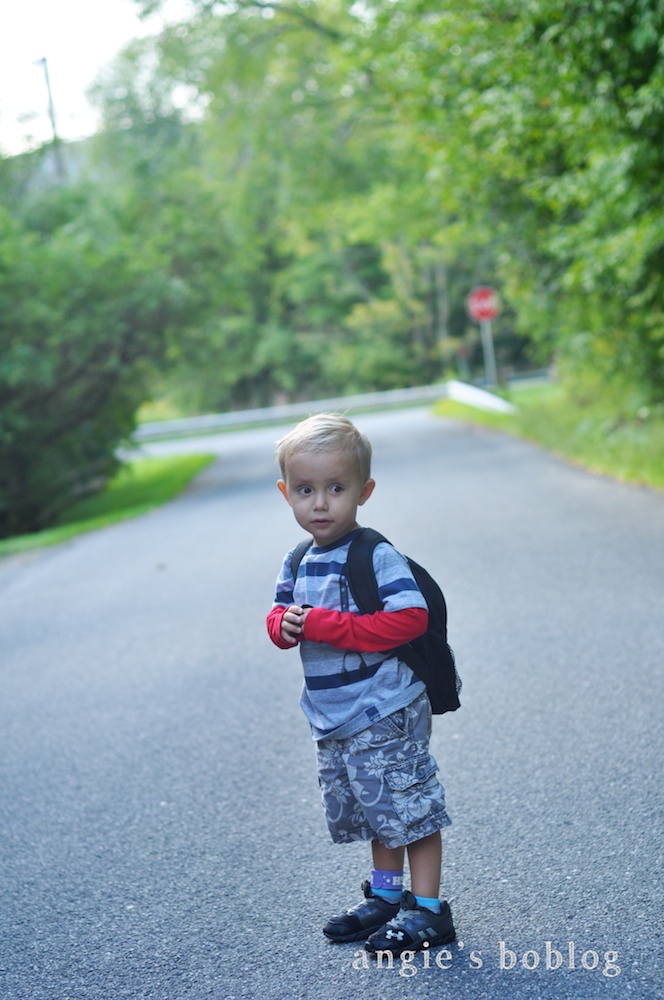 We're slowly settling into a new normal around here.  Each year I have a hard time giving saying goodbye to summer -- to fresh berries, swimming and sprinkler days, nudie buns running around the yard, long days, hot sun, roaming outdoors without worry of shoes or coats.  This year it's a tad easier maybe -- just because I know this beautiful scene of green around me is about to turn an even more gorgeous splay of the colors of fall -- but no, I was lying, it's not easier.  Tonight is the first warm summer night in weeks (or a week, I could be exaggerating) and oh, how I've missed them already.

So, yes.  Where were we?  Aha -- fall, school... we've lived and loved days two, three and four of preschool.  Still a little moment of tears for bob {running for the door}, and a long moment of tears for owen {screaming his head off on the way out}.  Bob says he loves school, but then says he doesn't want to go... he'll get into the swing of it soon enough I'm sure.

At the ripe age of three and three quarters, Bob had his first school picture day {pics above and below}.  Ridiculous.  While we ate lunch after that picture morning, I asked him how his day had been, what did he do?  A grin grew slowly on his face as he worded his reply: "Mrs. D had a special cupcake that someone gave her for her birthday and I asked her if I could have it but she said no and when she wasn't looking I snuck two bits of her beautiful cupcake!"  Hmm.  We baked some blueberry zucchini muffins to bring to the next class. 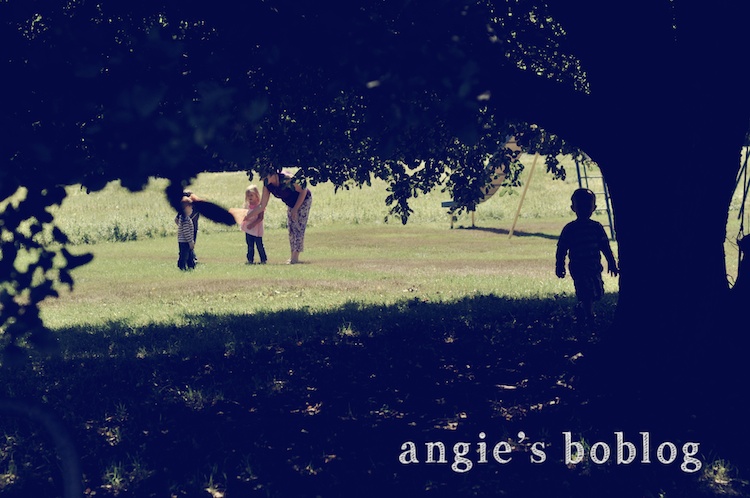 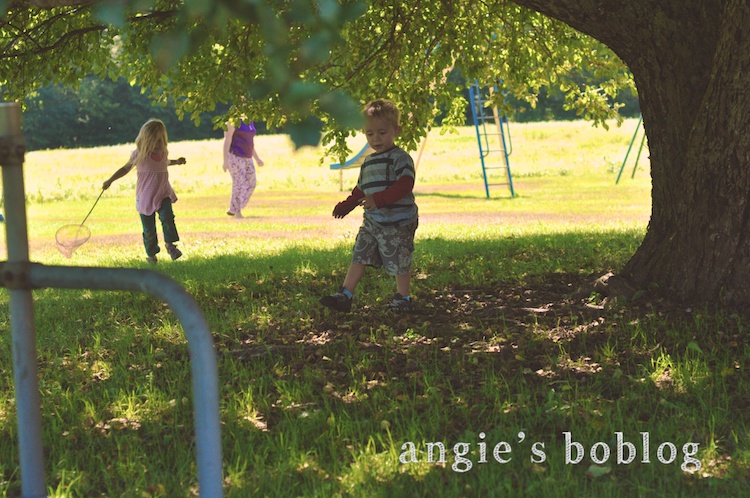 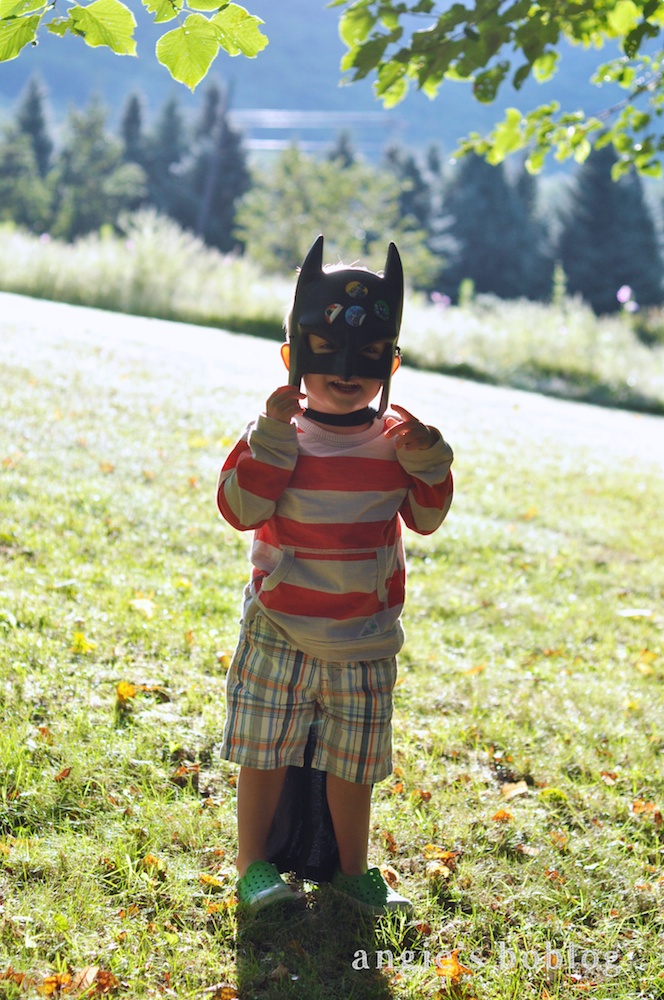 batman goes to school!
Posted by conveyableflow at 10:03 PM