I wish we'd get some snow before Christmas!  What is going on with this climate?

It has been pretty darn cold, though.

Yesterday Bob and I played outside for a while.  He chose his outerwear and "accessories" himself, minus the mittens which I forced him to wear, but he didn't mind. 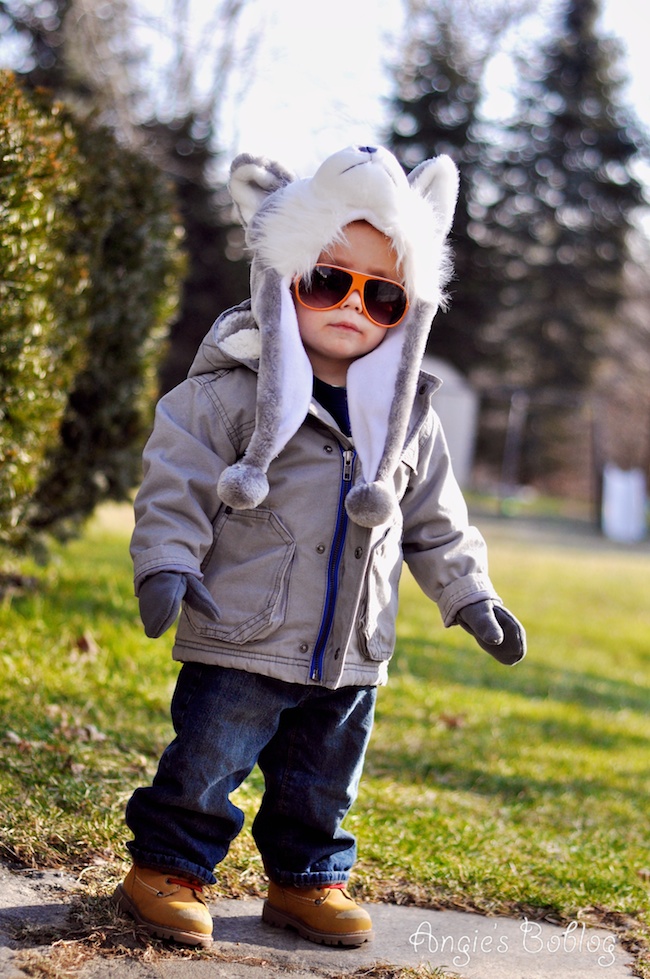 Coat: Old Navy Sherpa Lined Canvas Jacket for Baby.  (Bob wears it in 18-24 month.)  I love this coat.  It's warm and nice and long so that it doesn't ride up over buddy boy's pants.  The lining so soft; Bob normally hates hoods but he loves his "sheep hood" as we call it because it's so snuggly.

Work boots: Wal-Mart, last fall.  The toes scuffed up immediately, but they cost under $10 as I recall and other than the toe scuffs they're still in great condition a year later.

Wolf pup hat:  Rite-Aid.  Bob saw it and had to have it and since he looked so friggin cute Ben and I couldn't say no.

Sunglasses: Don't remember.  Some cheesy store like Special Thoughts I think.  Bought them way back when Bob was a newborn and they're still too big.  He really wanted to wear them, but they didn't stay on for long.

Mittens: Koala Kids.  They stayed on through the entire play session, so I give them one oversized mitten thumb up.

Our no-snow winter adventure consisted mainly of playing ice fishermen in this frozen puddle for almost an hour. 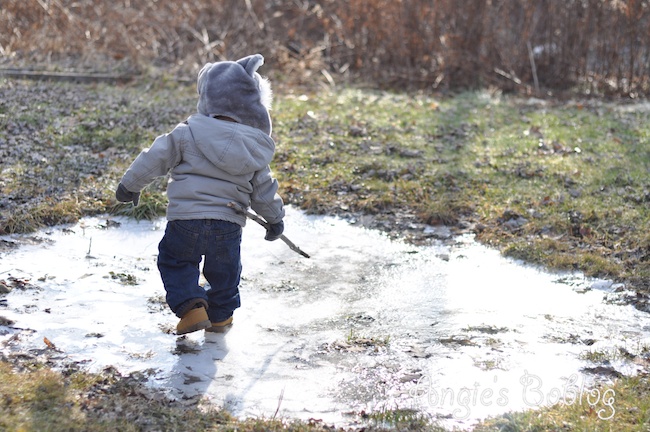 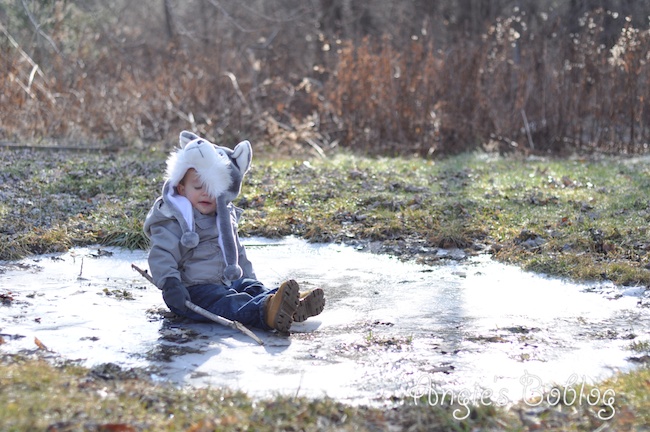 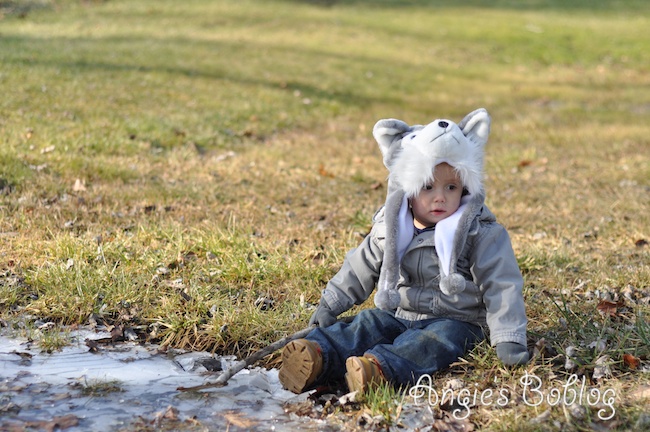 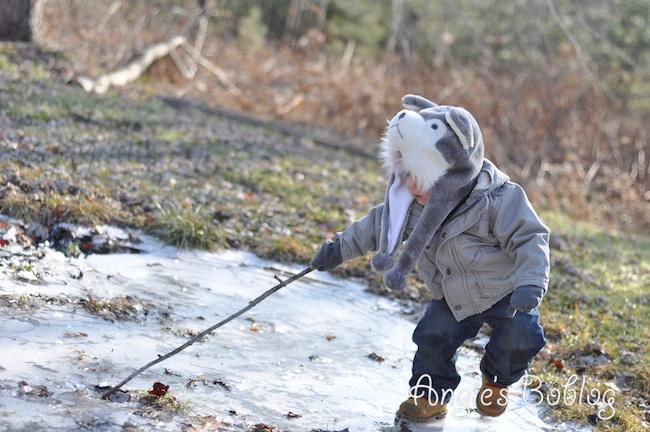 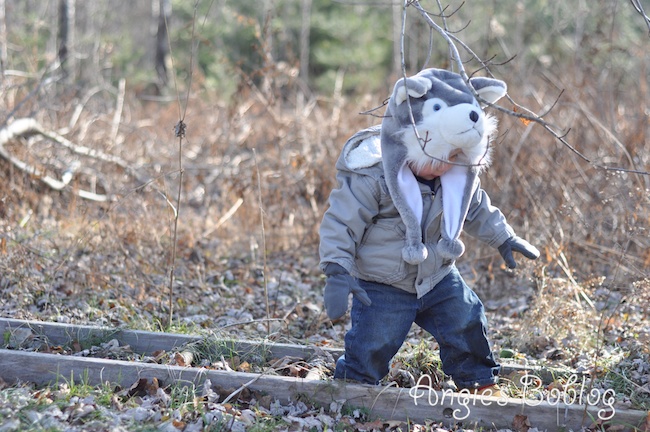 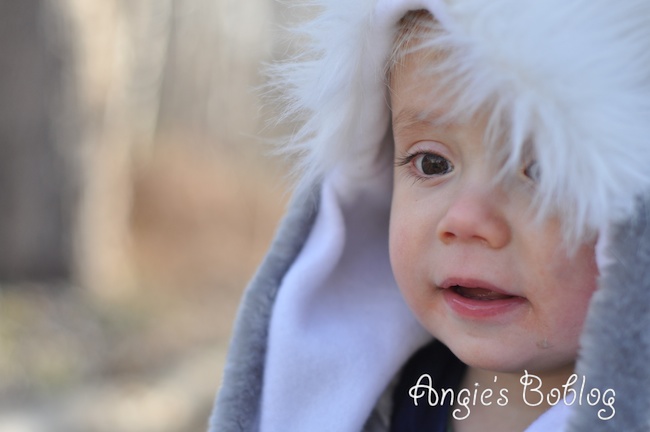 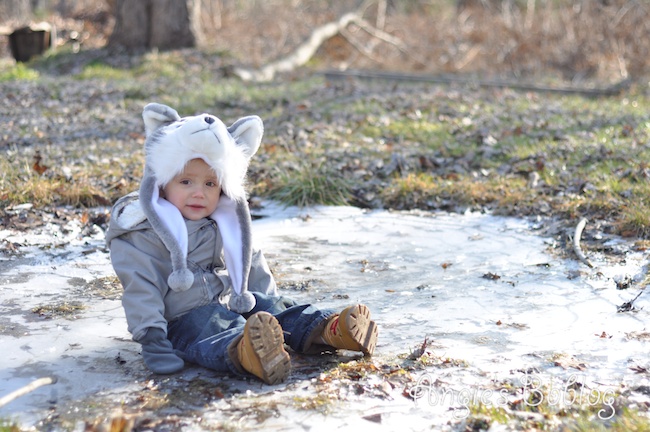 On our way in for hot cocoa Bubbs stopped and dropped to the ground... 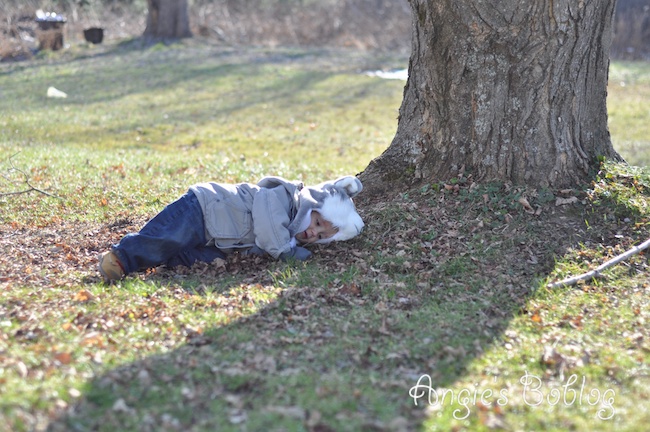 Yeah, I didn't think so. 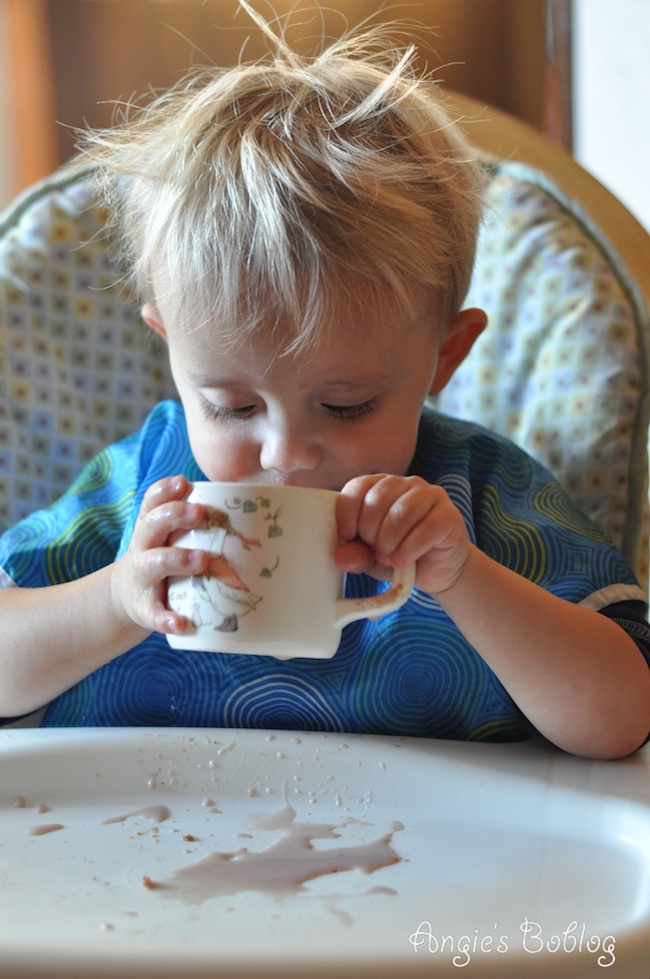 In case you feel like hanging out with Bob for four minutes while he drinks his cocoa...

Posted by conveyableflow at 6:53 PM