steering.  tractor. toad. jeep. all the trucks. other people's cars in parking lots.  it never stops.  i'm thinking about buying bob a powerwheels jeep.  just the reprieve from my role as driver's ed instructor would have to be well worth the expenditure. 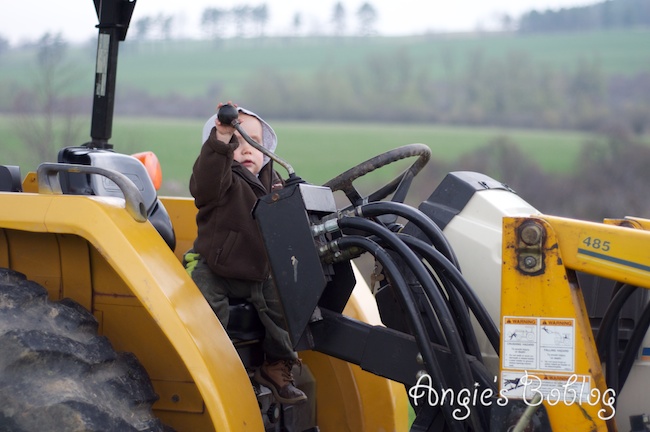 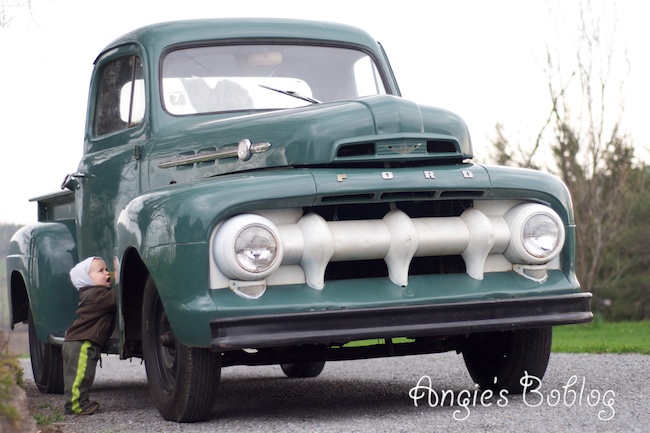 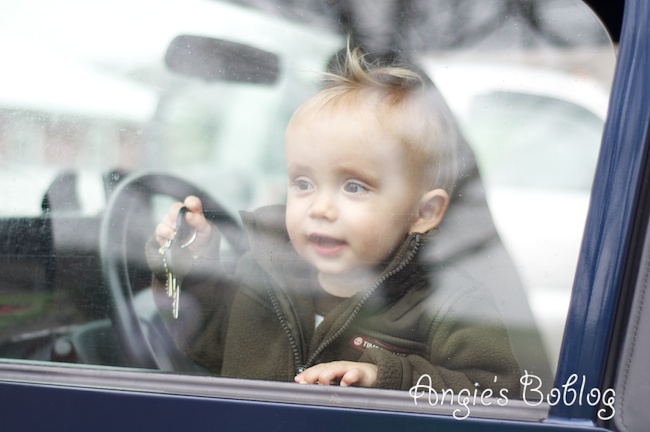 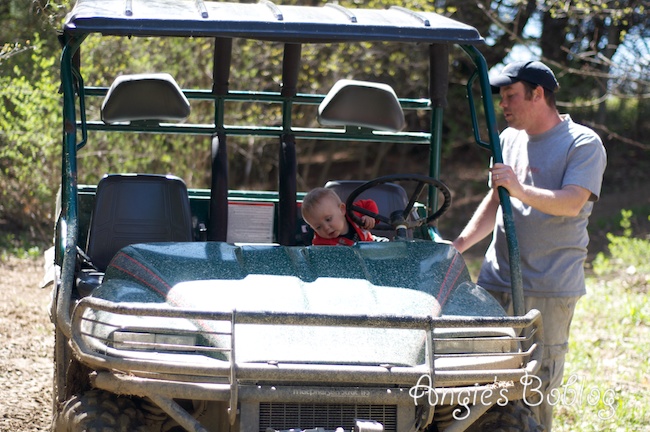 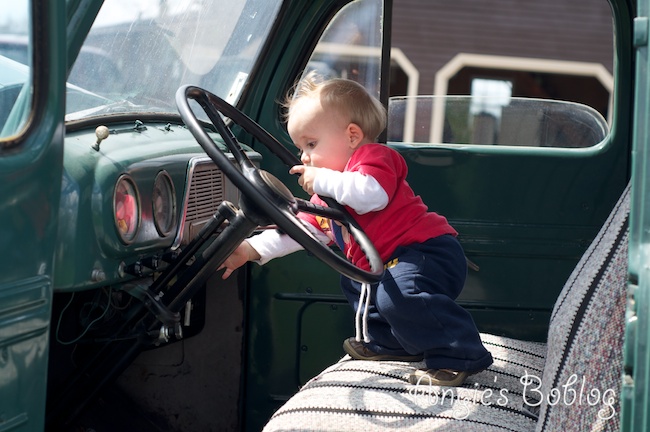 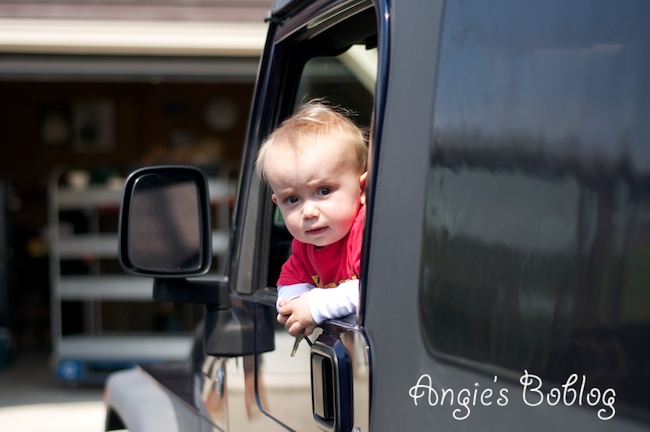 robots.  it all started with pop-pop signing into aol (yes, gramps and kay still use aol, believe it or not) and me telling bob the words "you've got mail" were a robot speaking.  now he wants pop-pop to check his email all the time and he's always talking about robots.  i go to text to speech websites like this one and type in things like "hello, robert.  i am a robot. i have a very important mission for you.  meet me in the garage in ten minutes.  beep boop beep boop." 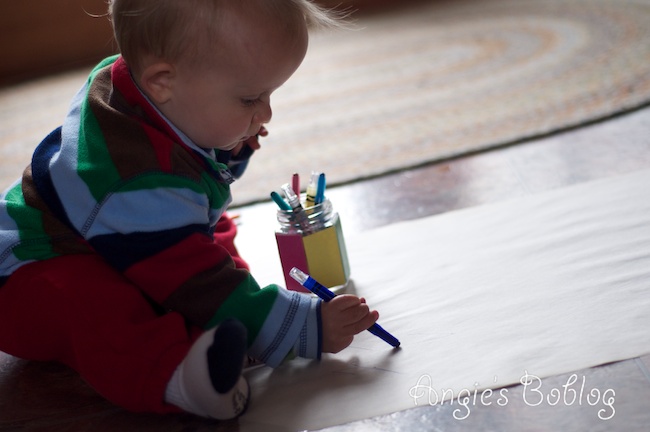 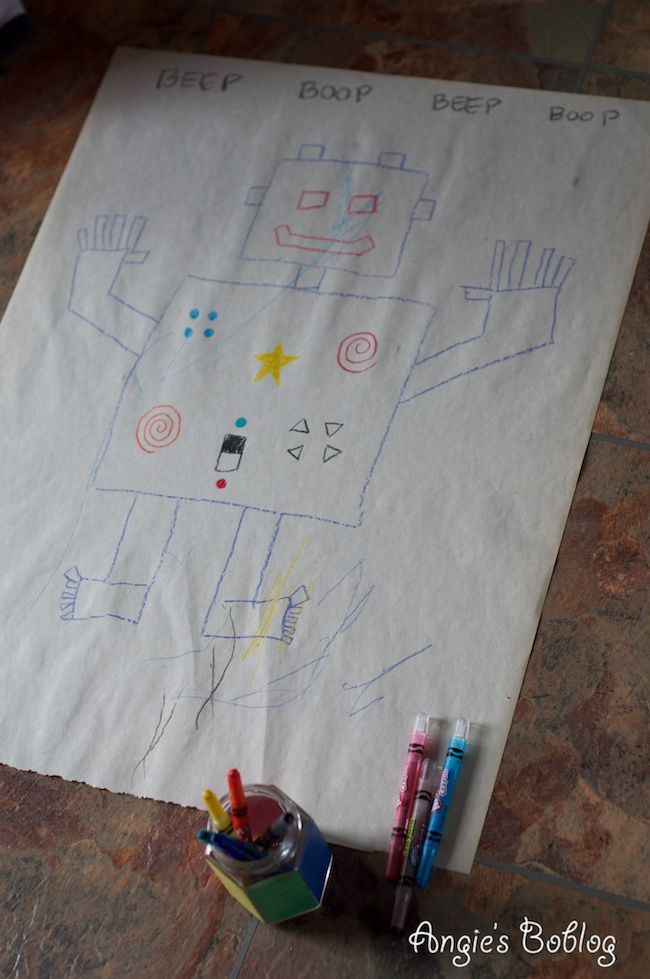 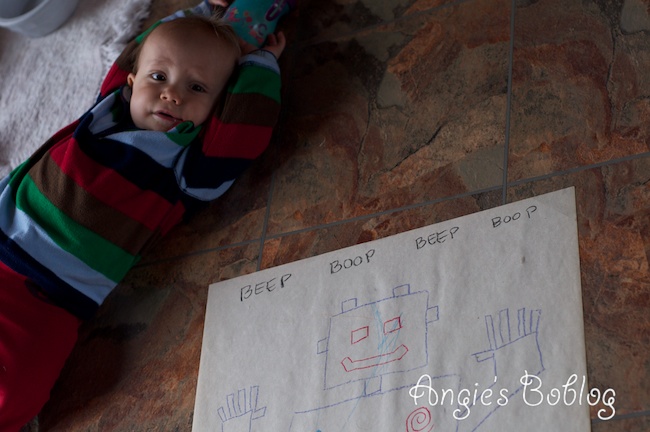 giving the dogs their biscuits.  "dog bi pwease mama?  fay (thanks) dada."  the joy on his face when I say okay is going to cause us all to make the dogs get super fat; "oh-tay mama!" he says clapping.  also he likes to sneak dog food and wade in the water bowl. 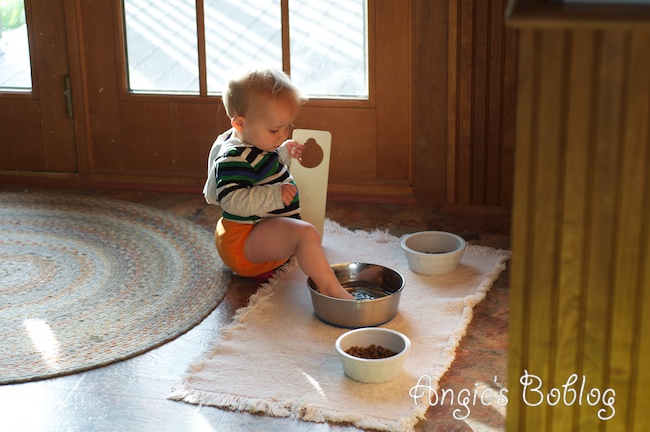 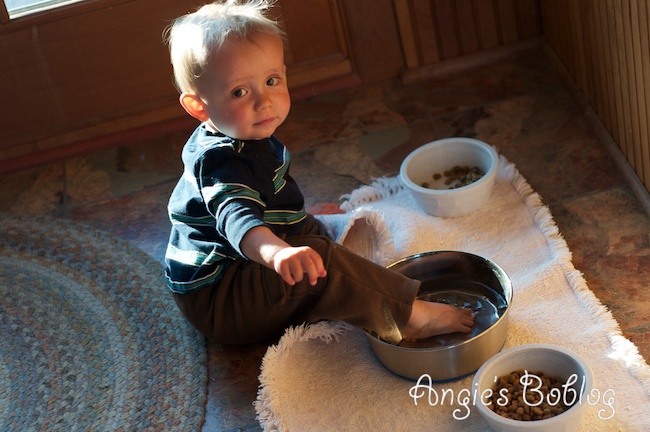 I am a Bunny, a book illustrated by Richard Scarry about a little bunny named Nicholas and what he likes to do in each season.  My little cousin Simone gave it to him for easter.  Bob makes us read this book at least 3 or 4 times in a row.  "nick, nick, hug nick!"  (actually this one only lasted for a week or so; he's over it now)

cereal.  especially the kinds his dad eats and not the kinds i want him to eat.

going up and down stairs.  when can i start letting bob do the stairs without supervision?  our days would consist of half the struggles if i just let him climb the stairs whenever he wanted to.  problem is, for the supervisor that game gets old real real quick. 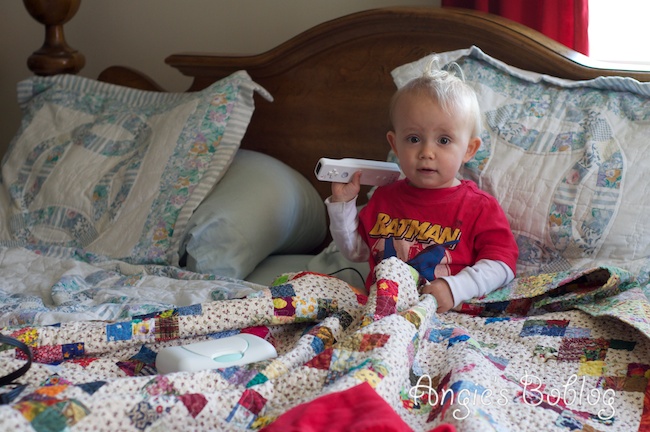 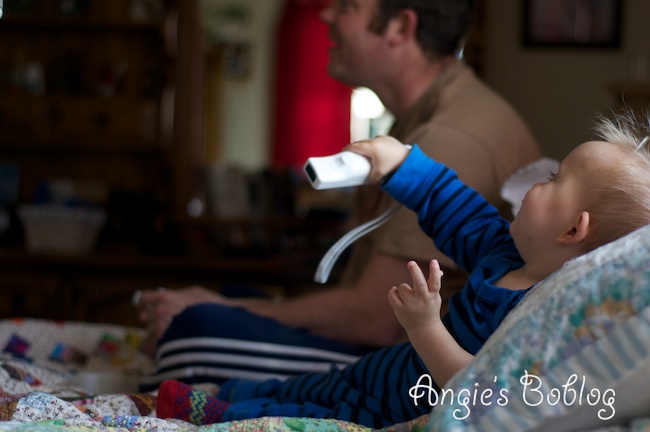 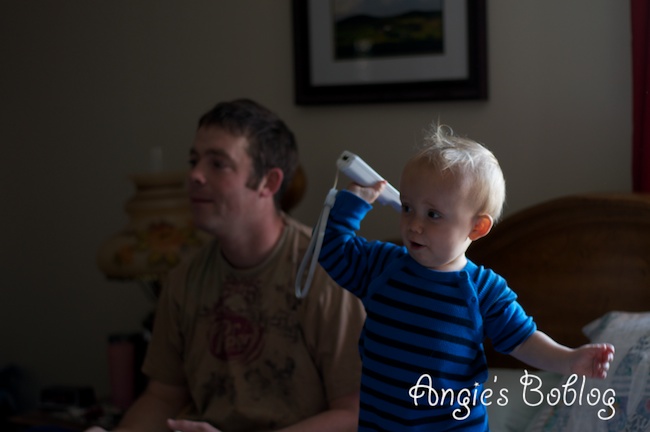 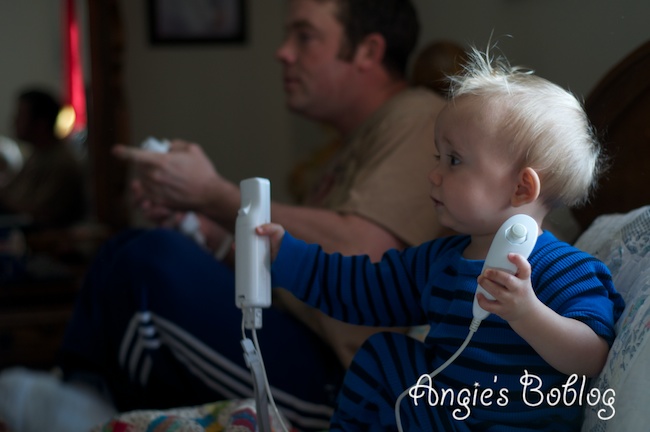 tee-ball and golf.  anything even remotely long and thin is considered a bat.  he has a golf set in his room, but i don't think i have any pictures... 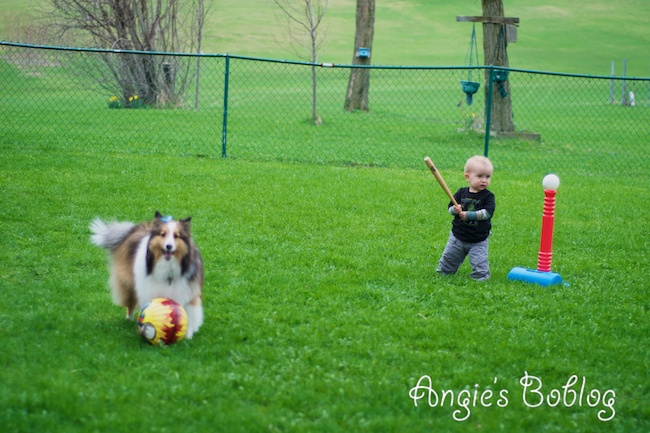 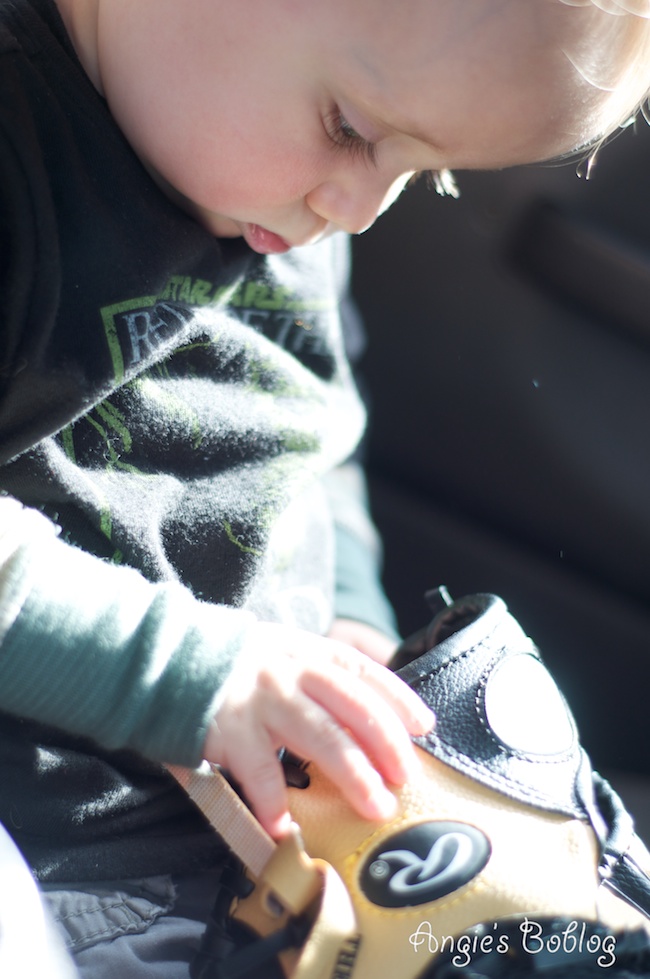 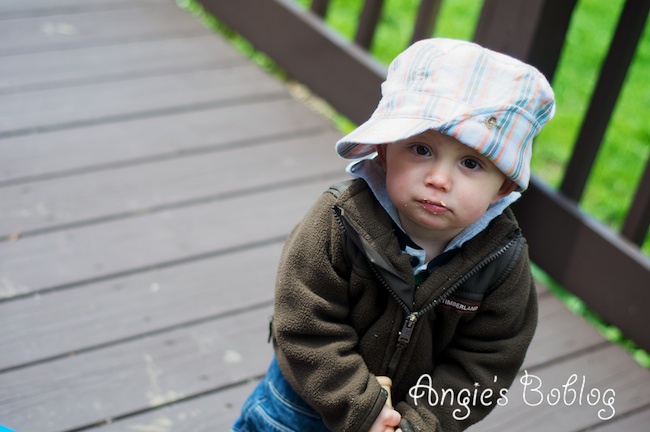 helping wipe his wiener when i change his diaper.  he steals wipes and shoves 'em down there and says, "tween, tween. tween poo-poo." 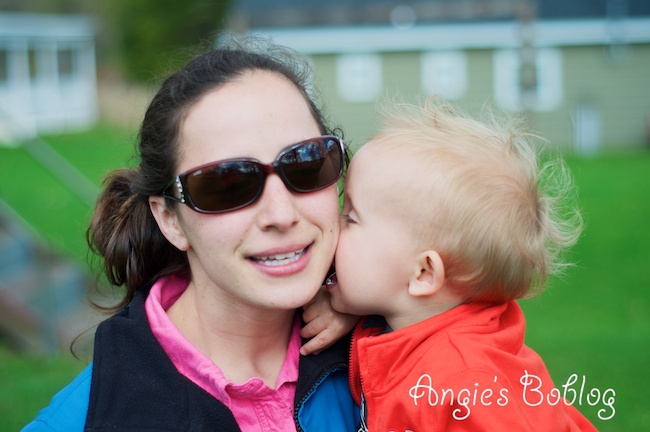 ﻿being called "bobby."  lately when we call him "bob" he corrects us.  today i said, "do you want to draw, bob?" and he replied, "draw, bobby!"  he does it all the time.  i guess he's chosen his nickname.
it's hilarious how opinionated a one and a half year old can be.  i love it.  and i love my boy.
Posted by conveyableflow at 9:07 PM