We were in the Berkshires taking care of Gram for the past week and a half.

Bobby loves gram, and he loves taking care of her.  "Dwam," he calls her.  The first thing he asks when we're coming down the attic stairs in the morning is, "See dwam?"  I tell him she's still sleeping.  "Dit up, dwam!" he says.

He brings her cane to her at least twenty times a day.  Same with the tv remote.  Gram has to breathe from a vaporizer type thingy three times a day --  we call it her "breather" and i don't even know what it's really called -- and bobby loves it.  The other day I said to gram, "wanna do your breather?"  Bobby was in the other room but he heard me, and he booked it across the house to where the breather is stored, picked it up, carried it over and put it on the coffee table in front of gram's chair.  Now he gets it out and puts it back almost every time.  He's like a little angel, seriously.  (Oh, not always... just when it comes to gram.)

I didn't upload any photos while we were gone because it's not ideal, but i did bring the cable and then forgot it at gram's, so now we're finally home and i still can't get my pics.  Lame.

Here's one just to hold you over til i get my cable back... 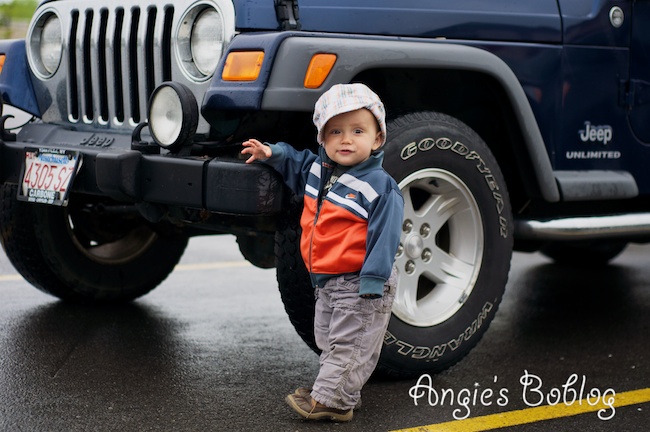 Posted by conveyableflow at 10:17 PM