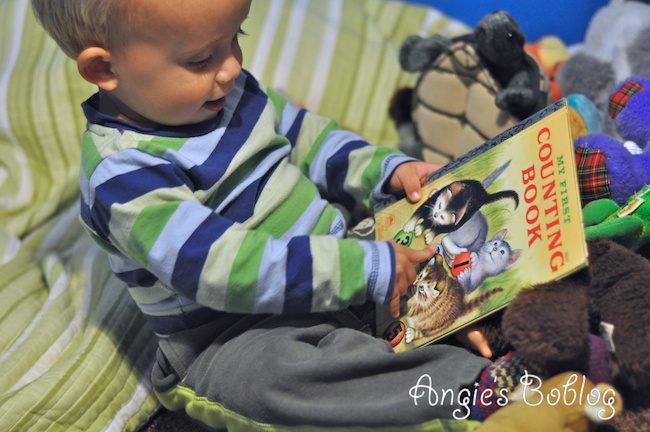 Bob's reading is amazing now.  Sometime during the past six months he made the leap from just recognizing words he's seen before to being able to sound things out.

In California he surprised us all by reading "Appetizers" off a menu; my mom was shocked when she brought over a toy and Bob read "Gargamel's Castle" off the box; the doctors and nurses at the hospital (Gram fell) gather around in awe as Bobby reads all their names off their name tags and pretty much every word in sight.

You'd think he spends hours every day in training but honestly he doesn't; I purposely got out the video camera and did some quizzing this one day because everyone keeps saying we need to get him on tape.

So here's my attempt to show some of Bob's skills, although it's much more impressive when it's spontaneous...

These flash cards I've only taken out of the box a few times... lots of them are so easy they're a little boring.

That last one -- Norman Rockwell -- was a perfect example of how he reads something he's never seen before.  He's pretty much got it down.

The part he hasn't figured out is how to look at a page full of words and read them all in order.  He can read phrases of two, three, sometimes four words, but more than that and he doesn't usually put them in the right order unless you point to them one by one.

So there you have it.  My baby can read.  Not sure what this is going to mean when it's time for kindergarten...
Posted by conveyableflow at 8:06 PM