Gymfest of the Berkshires {aka chase your kid for an hour}

In June I brought Bob to three sessions of a "walk with me" program at Gymfest.  We sort-of enjoyed it (Bob loved having new things to climb on) but in the end I decided a trip to the playground is hands down a better choice.  Why?

The circle warm up takes at least 15 minutes of the 45 minute session.  Bob has no interest in the warmup whatsoever, and just runs around from obstacle to obstacle doing his own thing the entire time.  The teachers really don't seem to mind, but you still feel a little uncomfortable when yours is the only child doing this.  (Bob was the only new kid, so we'll give him that.  And actually he wasn't the only one running off.  But maybe he was the most consistent.)  The playground is much more suited for a two year old's attention span: just get out of the car and have at it.  Do whatever you want.  Go nuts.  Plus, it's free.  As opposed to $15 a shot.  So... sorry, Gymfest, but I don't think we'll be coming back.  Maybe in winter?  Doubt it.

Still, it was fun for what it was.

Bob was awesome at all of the hanging and climbing.  The teachers were seriously impressed.  "Many of our kindergarteners can't even do that!"  (But probably they were just trying to recruit a new gymnast so their profession wouldn't become extinct.) 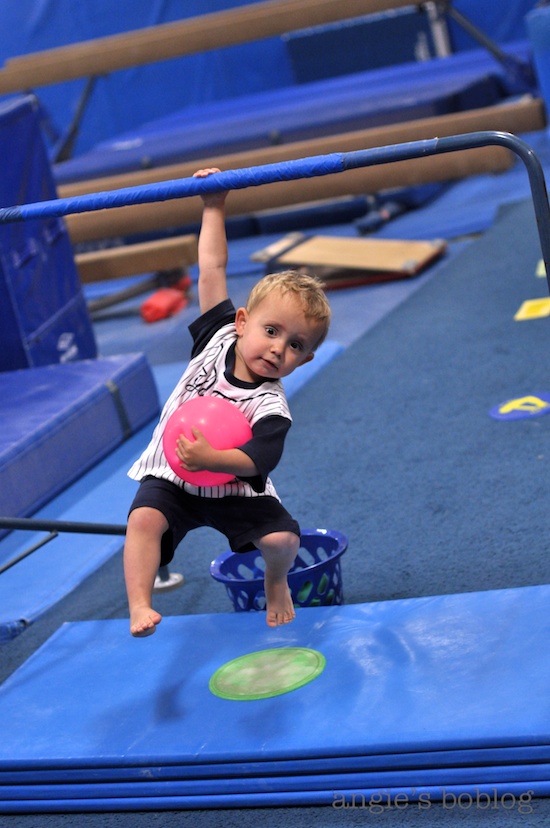 Bubbs could hardly stay away from this ladder bridge thing.  Every time he sees a ladder in life he wants to climb it, but the answer is almost always no.  Finally a yes ladder! 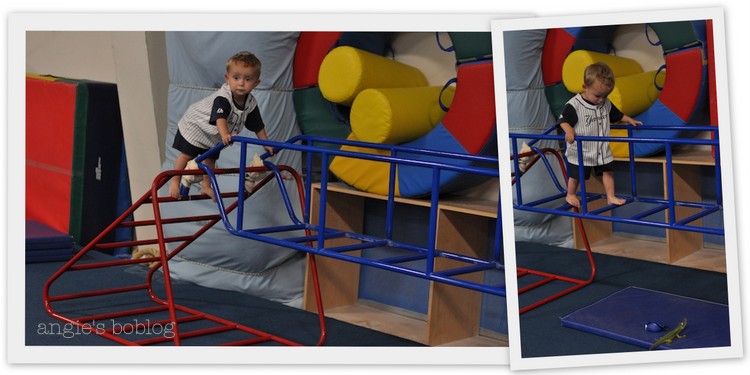 More goofing off during the warmup... 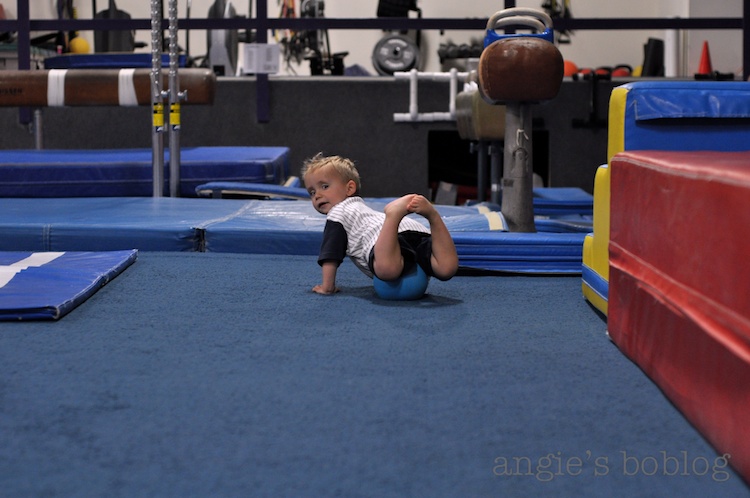 Finally something he was actually supposed to be doing! 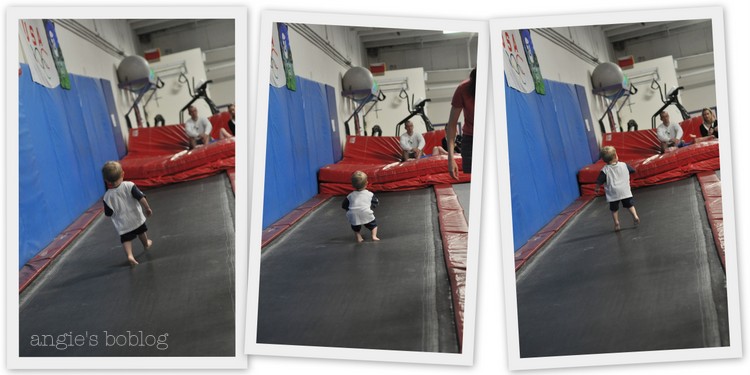 Grandmother and Big Gram were kind enough to split Owen-sitting duties.  I can't say he was the easiest baby for them, but I still love him!  Here he is when we came home from the last class... 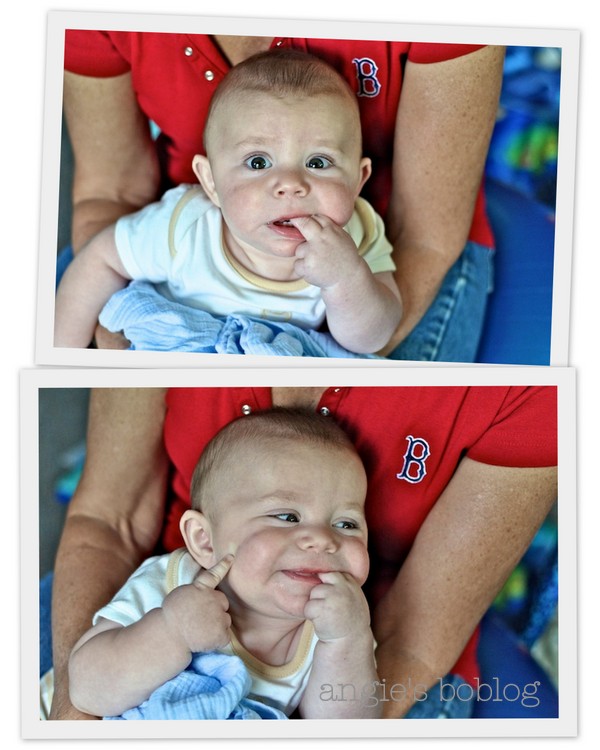 "Mom, is that really you?" // all smiles from that moment forward
Posted by conveyableflow at 10:50 PM