the fourth of july {before weeks go by}

Remember Bobby on the Fourth of July last year?  It's crazy how much he's grown!  If I was cool I would have videotaped him saying the same things this year.  But I'm not.

Cass and Kara came out to hang with us for the 4th.  Cass, I think it's pretty much a tradition now that we have to do this every year.

We went to the parade -- late, but not as late as last year.  Owen was underphotographed as usual, but that's only because every photo would have looked like this (as you'll see in the backgrounds of some of these):

We walked way too much, but we all survived.  Lucky babies didn't have to walk at all... Why don't they make mom-sized strollers?

We met up with Bailey, who graciously shared her bubble gun with Bob.  I LOVE her in all of these photos; she was such a sweetheart, showing Bob how to use the gun and so excited when he did it. 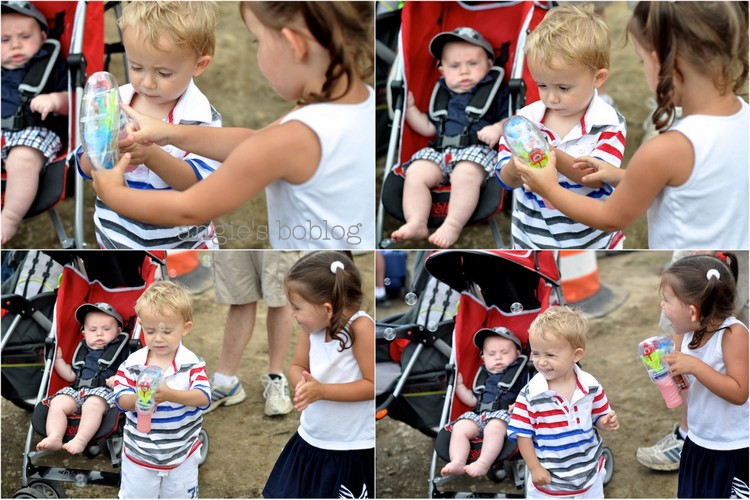 Cass and Kara were kind enough to let bob shoot bubbles at their faces... 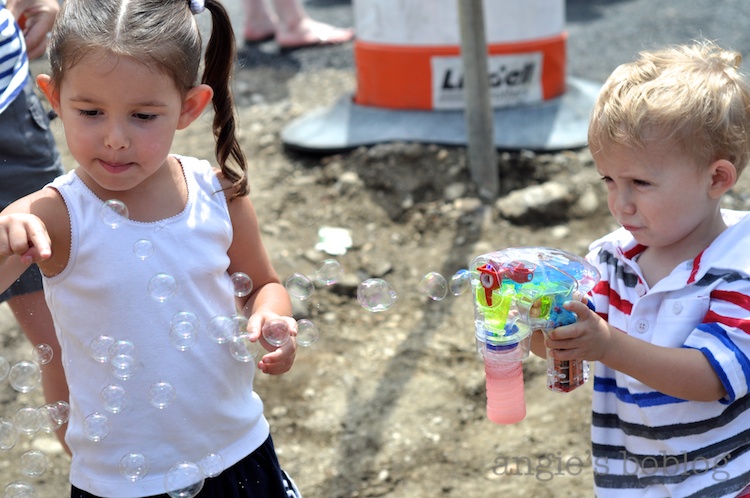 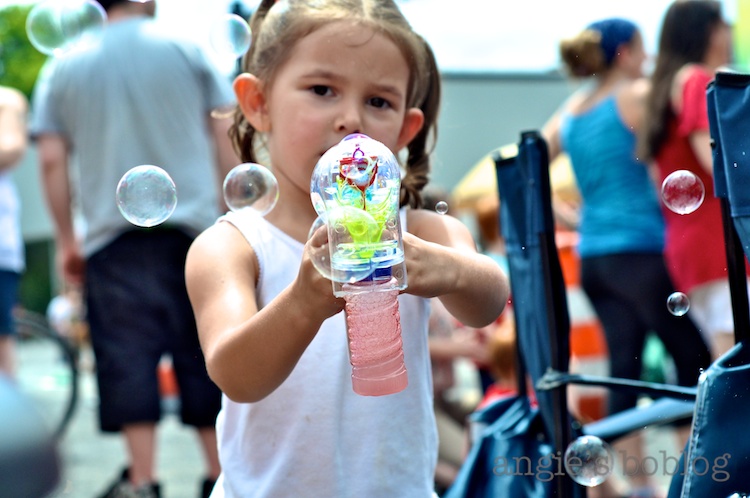 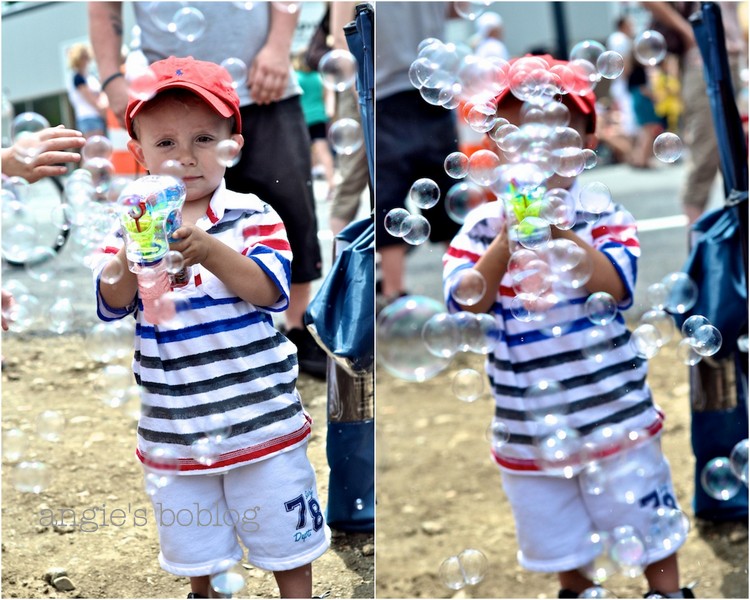 Other than the bubble gun entertainment, we just watched and walked.  Bob was into drums more than anything else.  I took exactly three photos of the parade itself.

After the parade we came home for naps and a little picnic.  Sorry, Ben, Mom, Big Gram, James, and Bailey -- you didn't make it into any pictures.  But we were still glad you were there.  Cass did all the photographing so you can blame her :)

update: i found a couple of bens that i missed.  sorry, honey.  love you so.

Photos and my random comments...

Owie Bowie loves grass.  He was on his blanket being fussy, rolled off and the moment his feet touched the grass he was perfectly content. 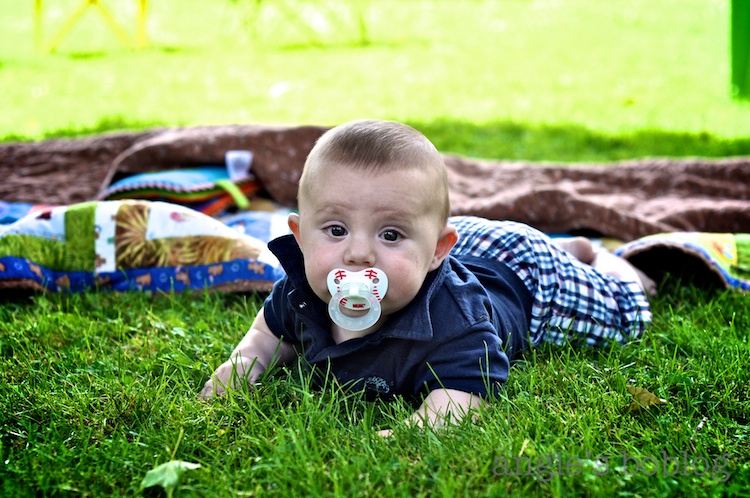 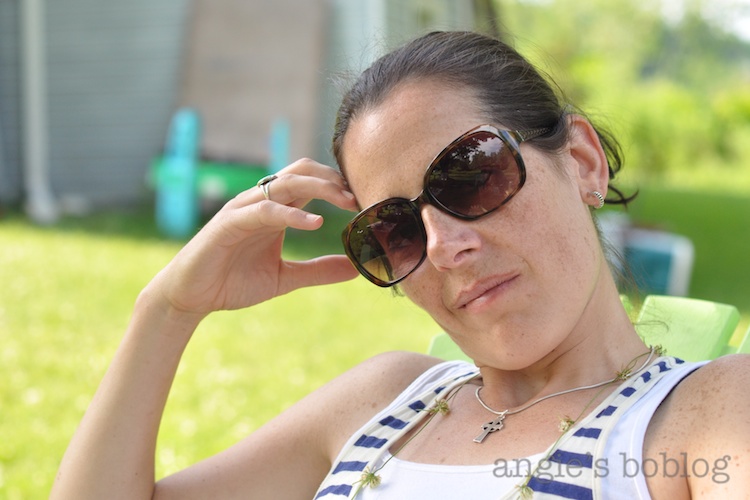 Bob woke from his nap halfway through the party, dying to swim. 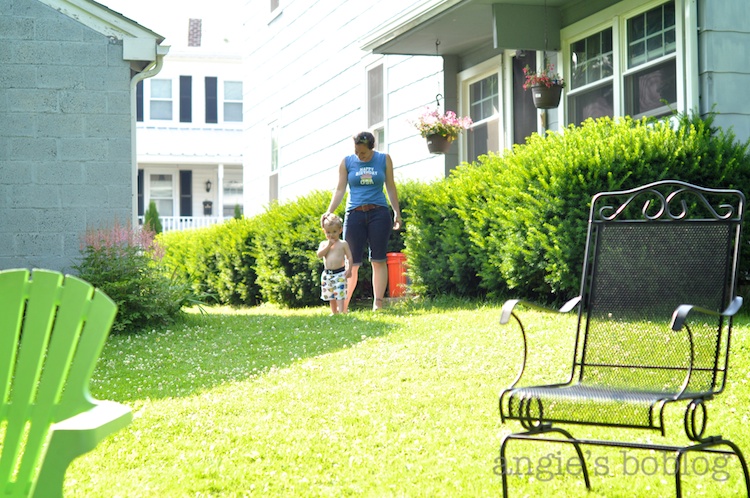 Cass and I collaborated on a cake.  This is pretty much as fancy as it gets for me. 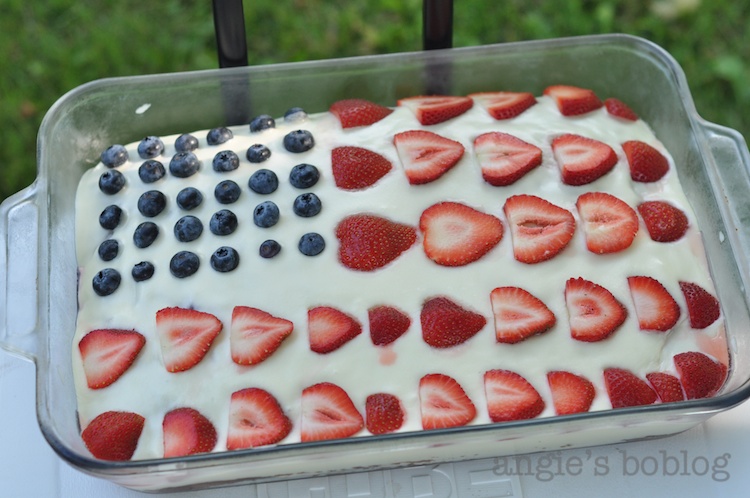 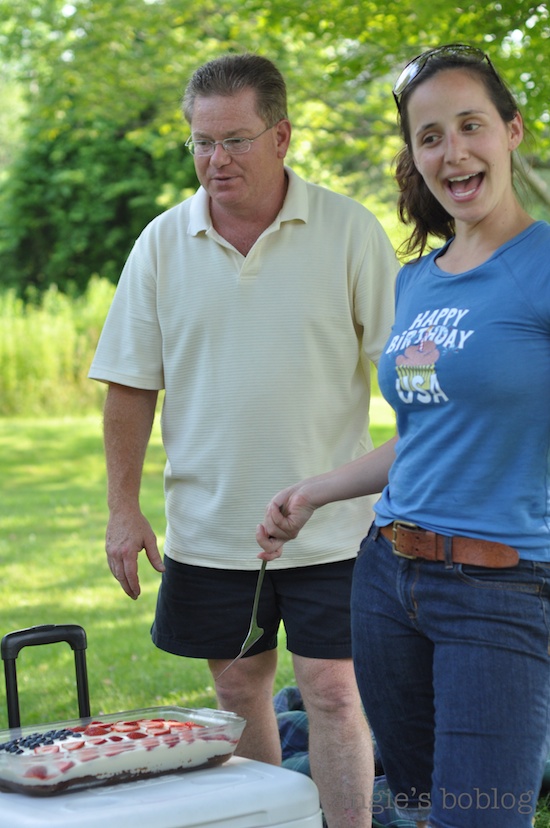 We broke out Bob's old helicopter pool, and he was VERY excited about it.  "I love this pool, Mom.  Thanks, Ang, for my great pool." 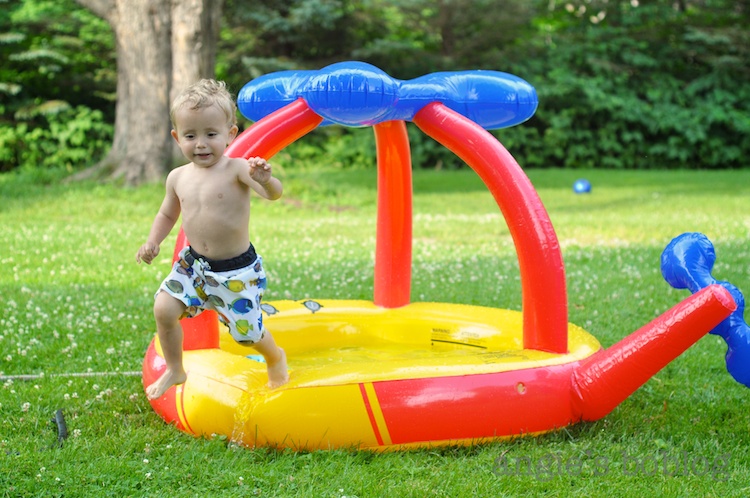 Owen loves the pool too.  He loves to be in water pretty much anytime -- didn't even mind the freezing temperature. 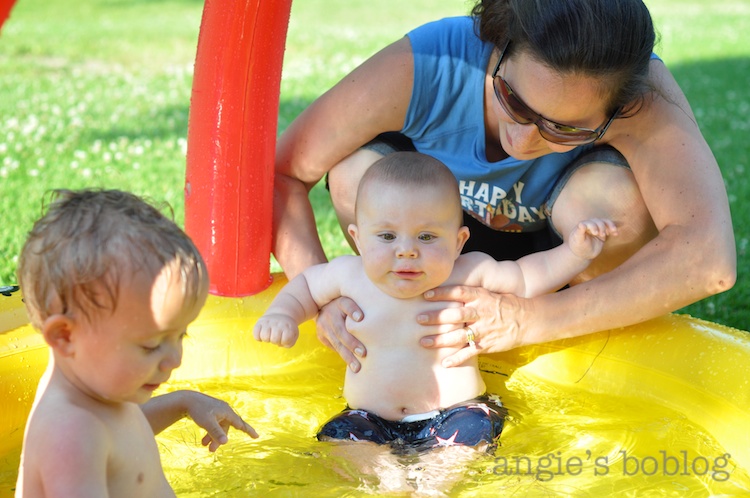 Owie loves his big bro -- just smiles and smiles at him. 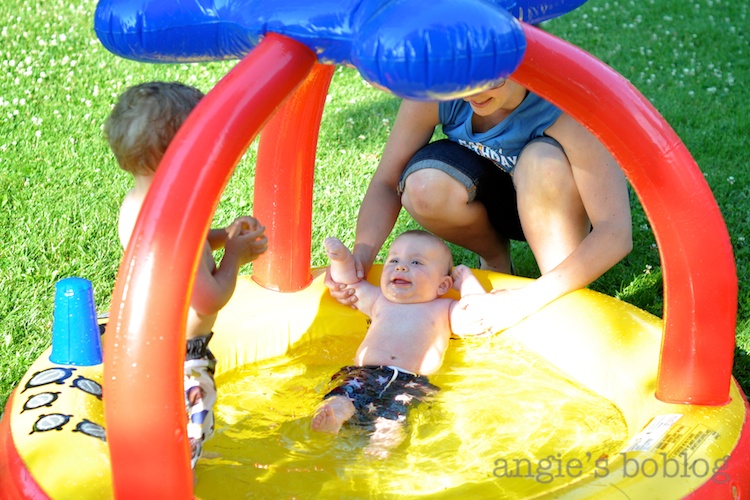 And I love my little snugglepups. 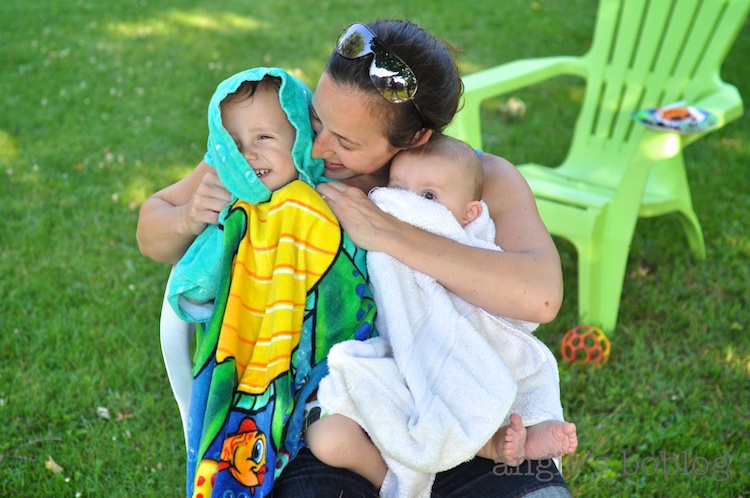 We ate food and we hung out and that's about it.  Bob just did his thing in the backyard... 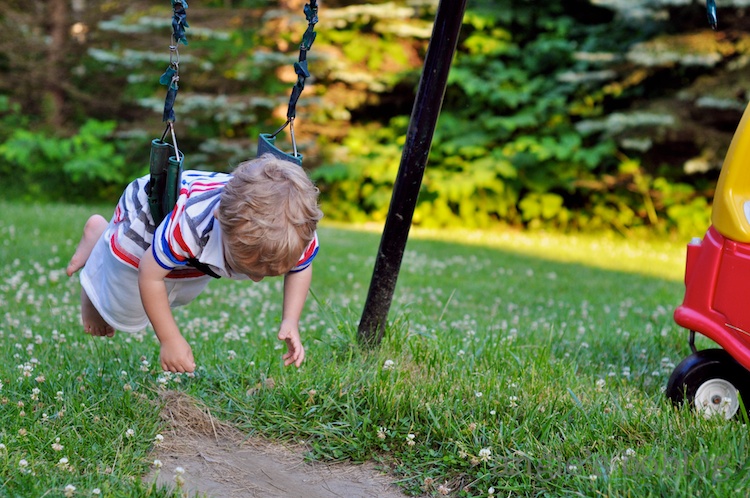 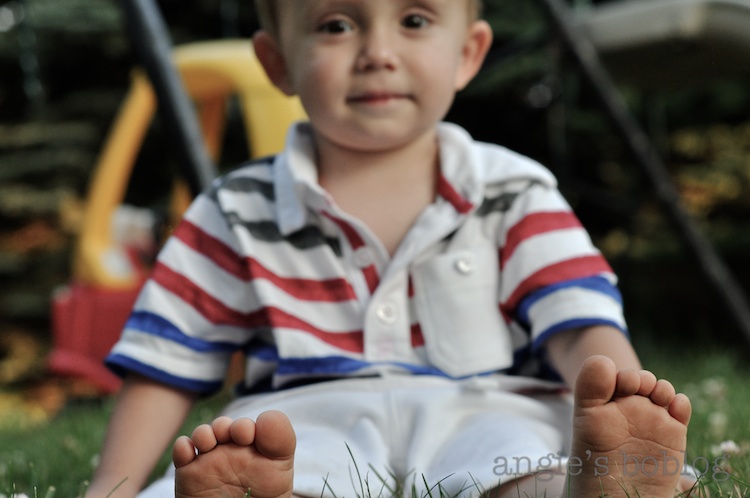 Cass and Kara did lots of baby holding and entertaining while they were here... thanks, friends! 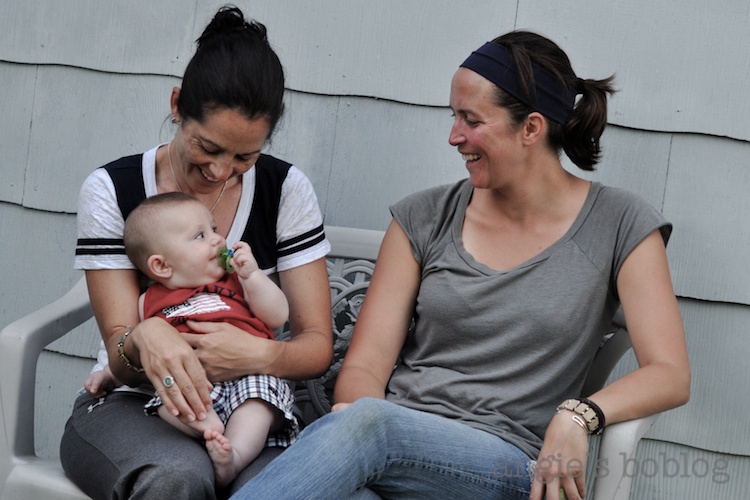 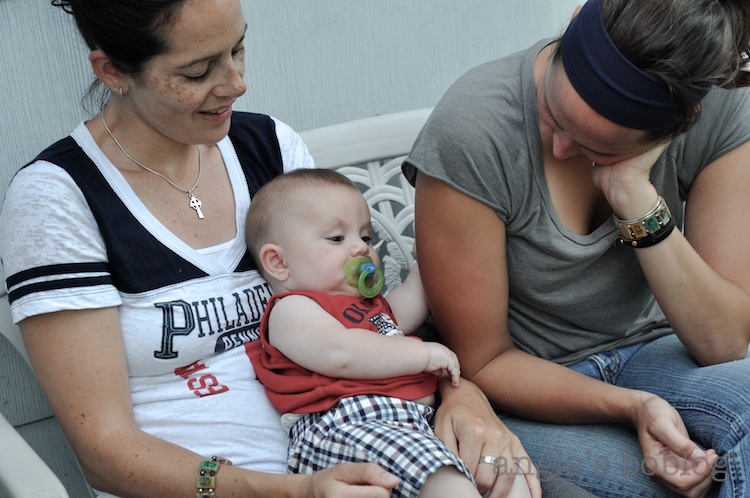 Gotta love the difference in skin color between Cass and Owen's arms... 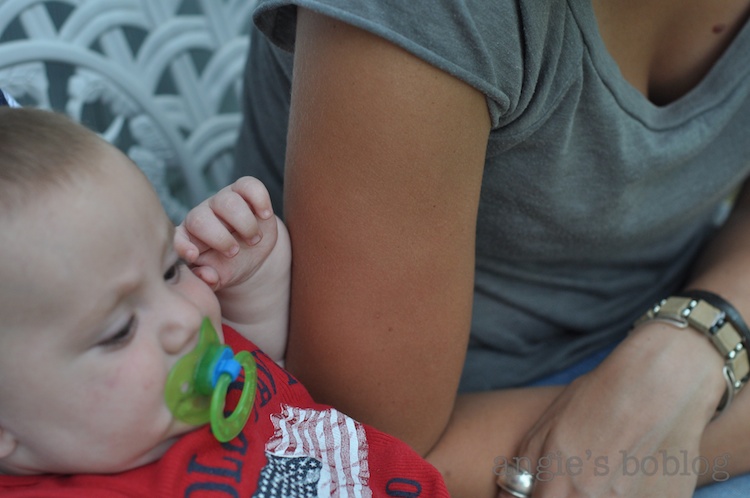 Love Bob's Independence Day getup?  Old Navy clearance is my favorite -- the shirt and shorts together came in at less than $7. We had planned to see the fireworks, but the babies were tired and Bob really didn't care about going, so we stayed home and tucked sleeping pups into their beds instead.

And that was just fine.

We had a busy weekend and I am pooped.  God bless America and God bless YOU tonight.
Posted by conveyableflow at 11:37 PM