Cheap stuff to do in L.A. -- The Pier at Redondo Beach

Planning a vacation itinerary when you're traveling with babies is a little bit tricky.  For the first few days adjusting to the time change Bobby took a nap that lasted pretty much the entire day, like, 10am-2pm.  We had some super fun times and intense playing card battles during naps, but by day four Ben and I said, Forget this.  They're napping in the car.  Last time we were in California we took Bob (at almost two) to the San Diego Zoo but it was a good thing we stayed in San Diego the night before and got there early because Bob was passed out by noon and it was already wicked hot by that hour.  {Maybe the heat's the same at every hour; don't know.}  Point is: we knew that wherever we went, we wouldn't last all that long.  And besides, we were on a limited travel budget.  So we were looking for excursions that were free, or close to it.  Here's what we did.  Part one.

Ben's Gram lives in Redondo Beach so this was an easy one for us.  The highlights: walking around the pier over the ocean and chasing seagulls (of course!); playing in the arcade (by far bob's favorite part -- and we don't even put money in the machines for him! aren't we mean?); lots of cool mosaics and murals (which = great photo ops, but I wasn't trying to force anything, and the pups weren't exactly running over saying mom, please take my picture here); exploring the beach and getting all soaked (good thing we saved this for last!); checking out the shops (although we were in the market for just one thing: sunglasses for bob because I forgot to pack his.  we found a yellow pair he loved for $5).  oh, and climbing on everything.  you'll notice that's a theme with bob.  and owie's catching on quickly. 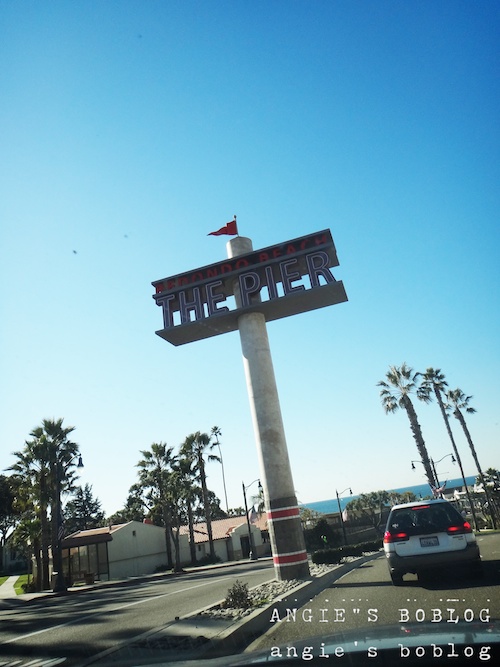 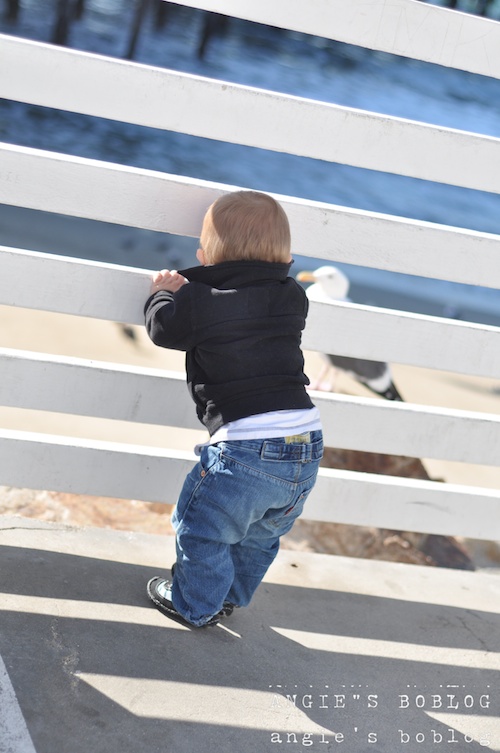 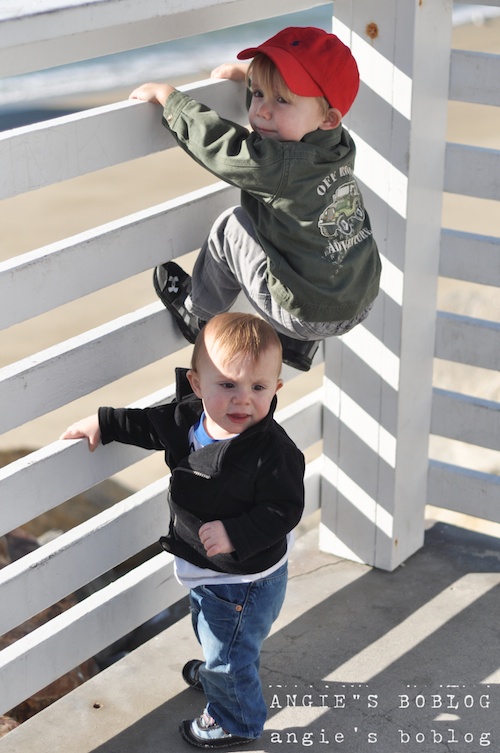 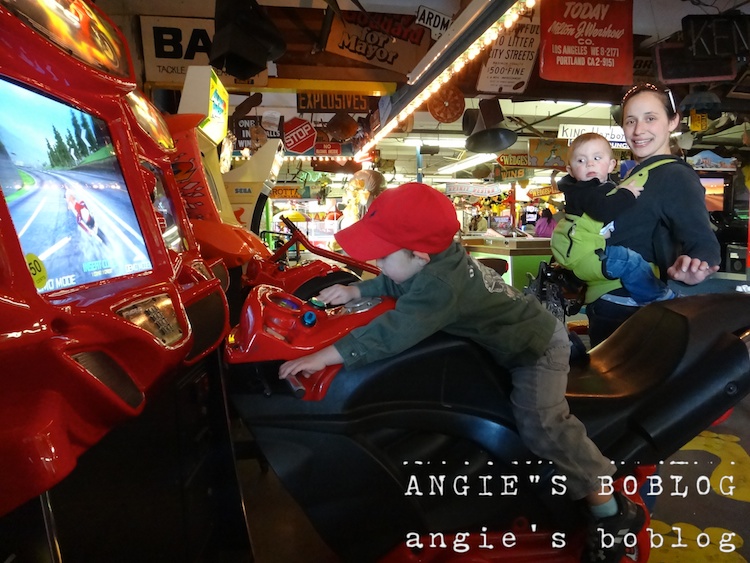 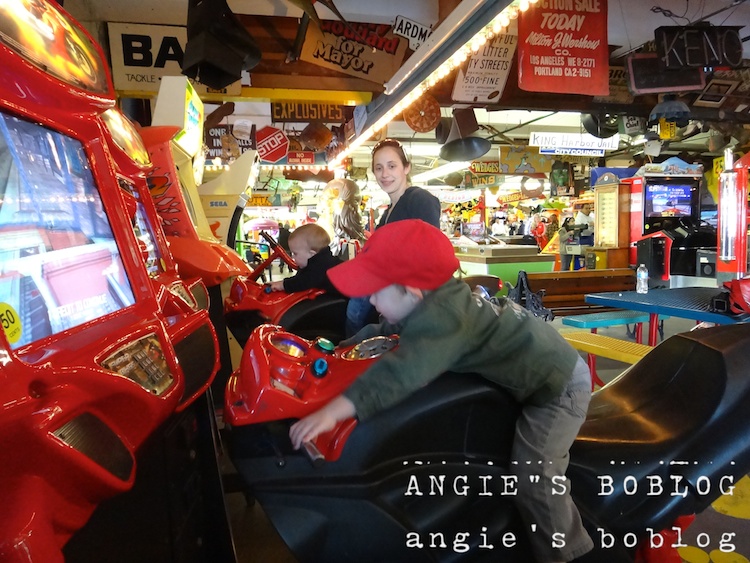 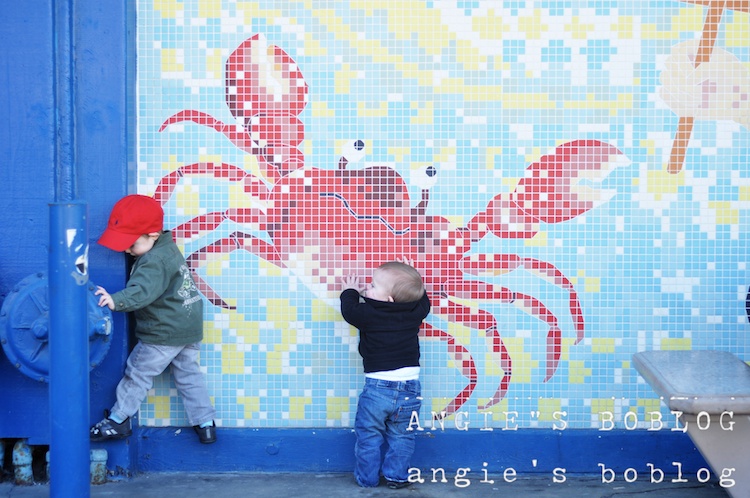 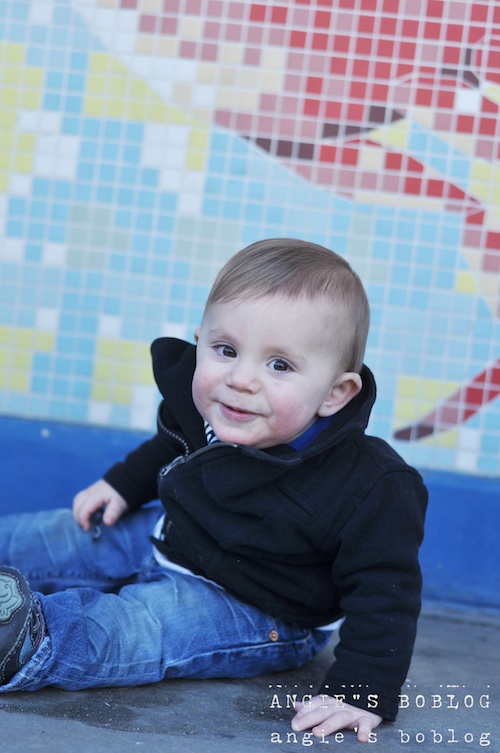 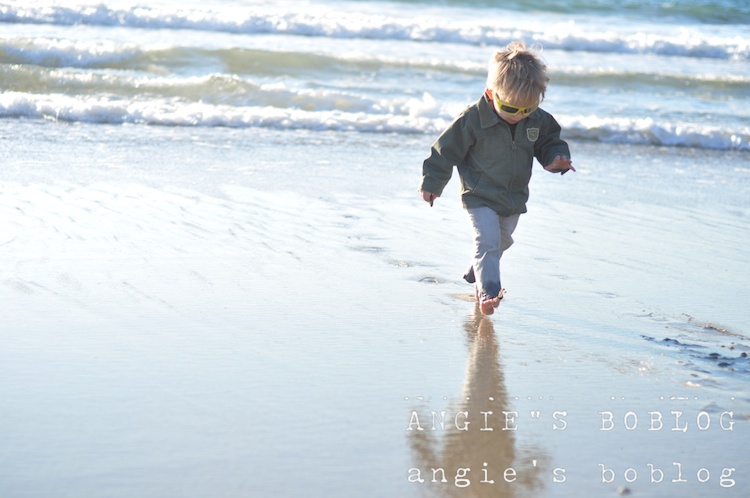 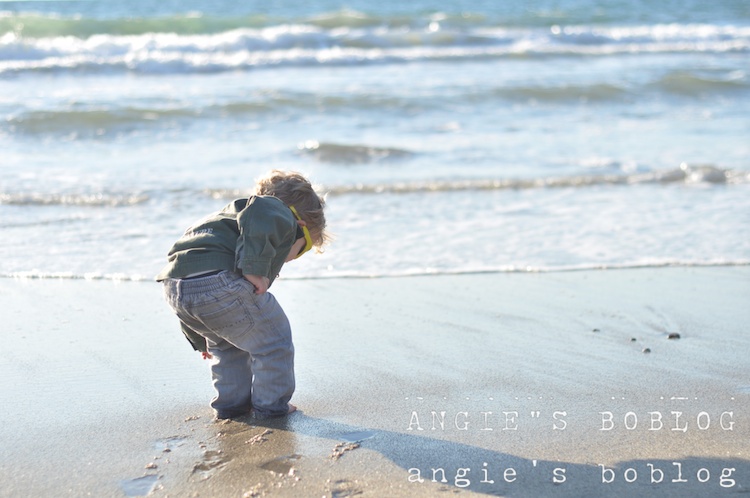