Stuff to do with kids in L.A. -- Griffith Park

Here's the observatory, which we didn't go to (we had other objectives)... 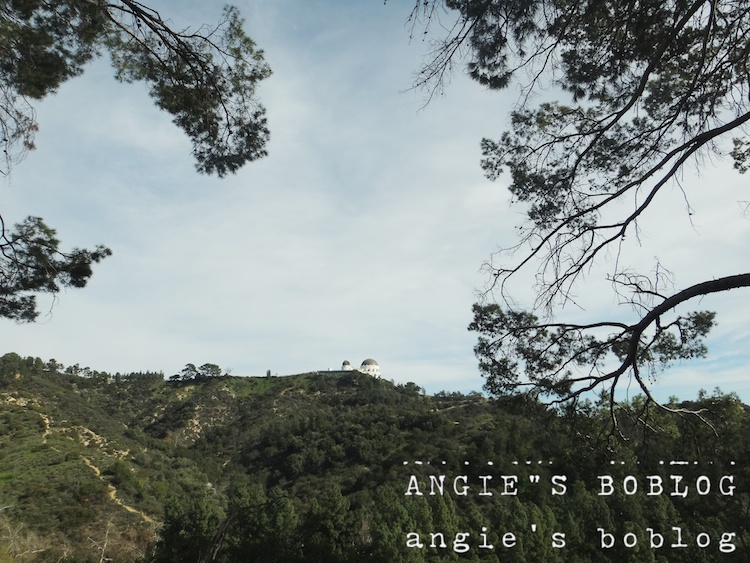 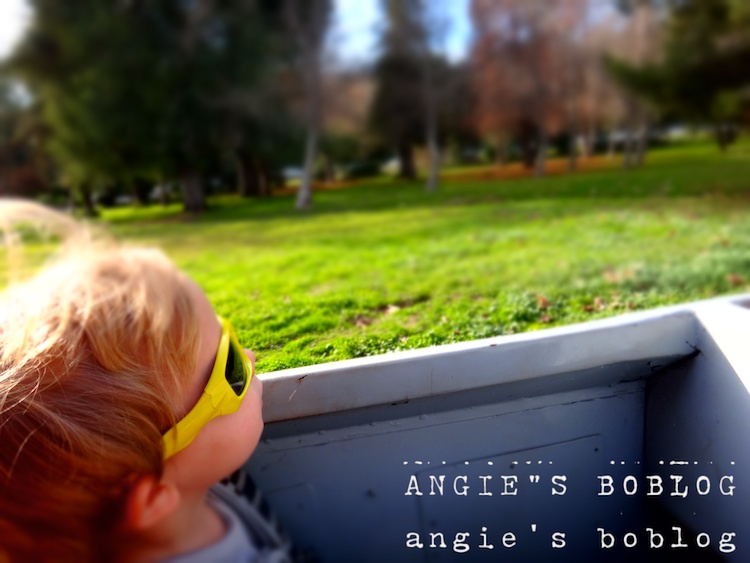 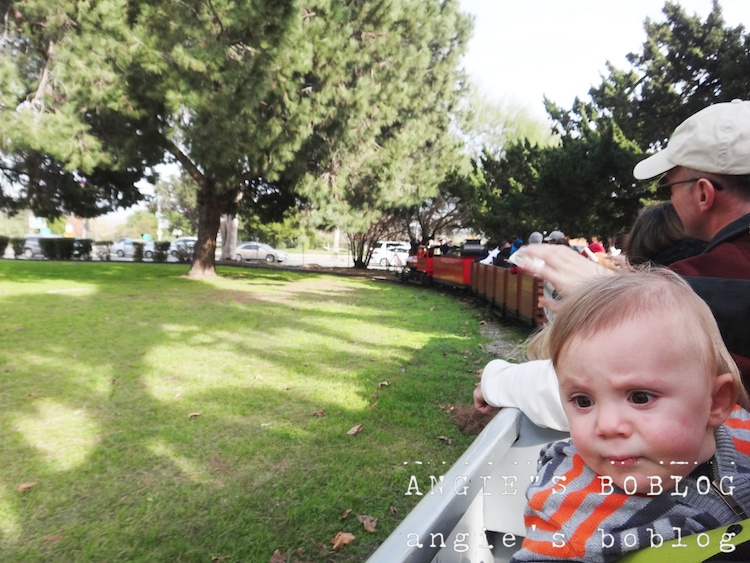 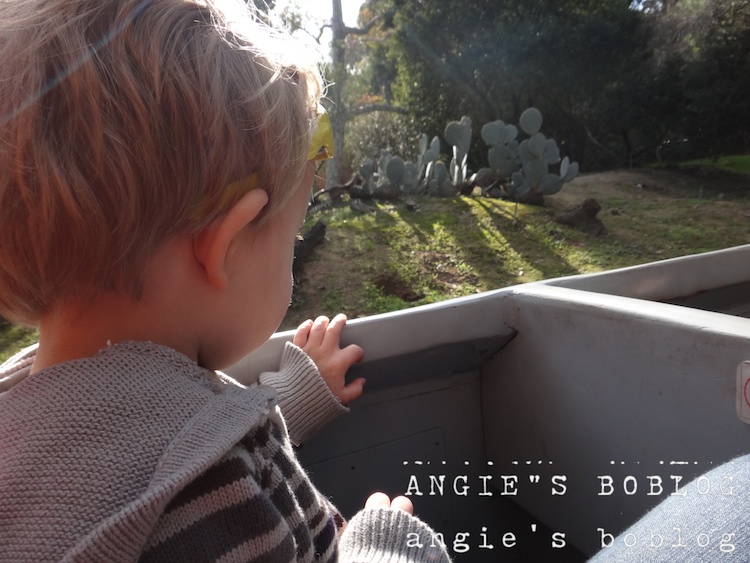 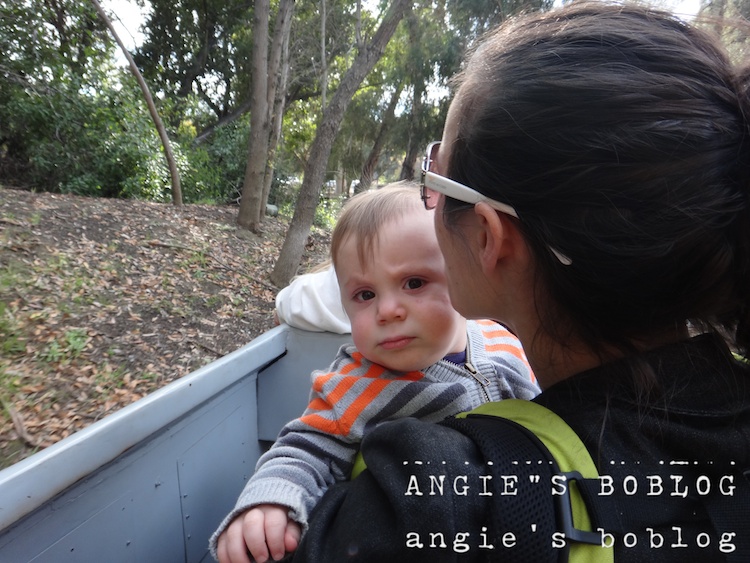 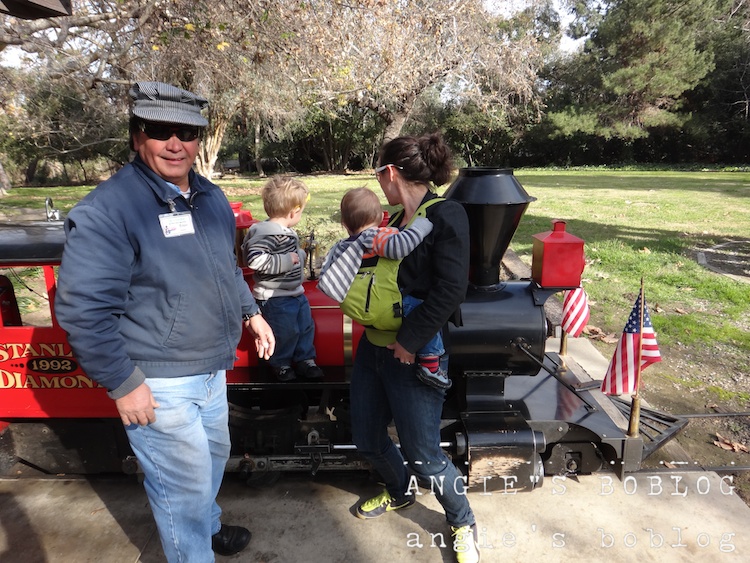 The Los Angeles Live Steamers Railroad Museum was another little train ride, even smaller I think -- you had to sort-of straddle the train cars.  There was a long line and Bob was about a half inch too short; we waited for a few minutes but then decided to move on because what he really wanted was to drive the trains anyway.  So I asked for my donation back and we went along to Travel Town. 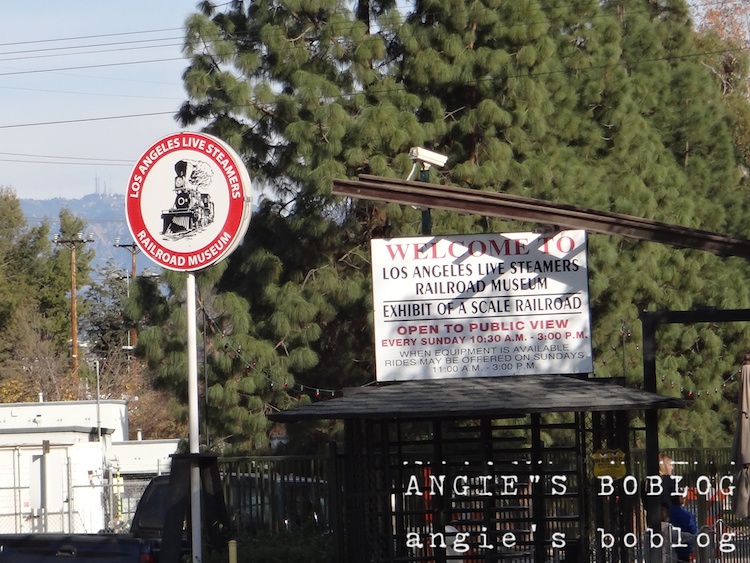 Checking out the big trains and pretending to "steer" was very exciting. 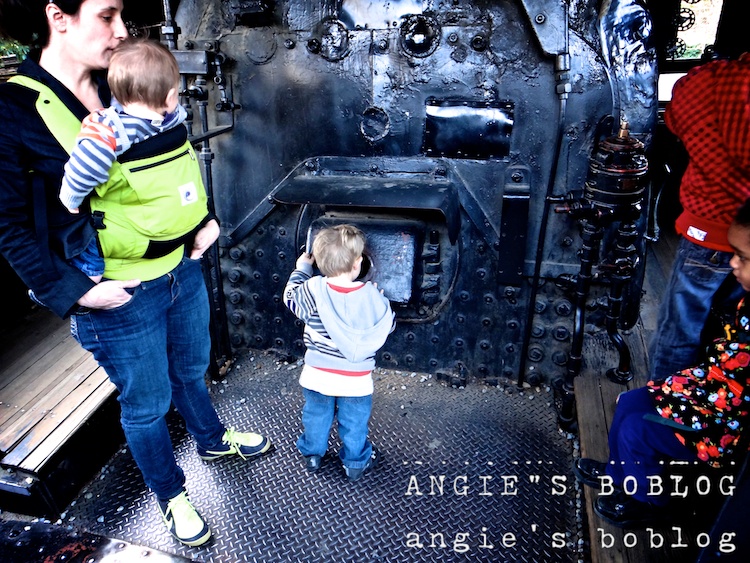 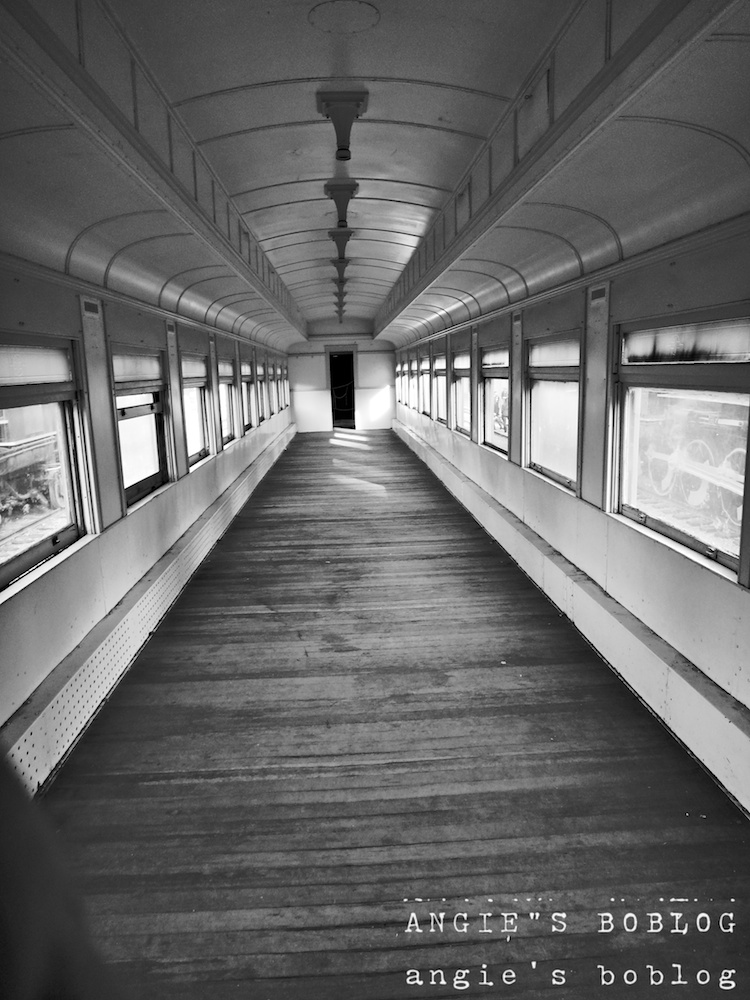 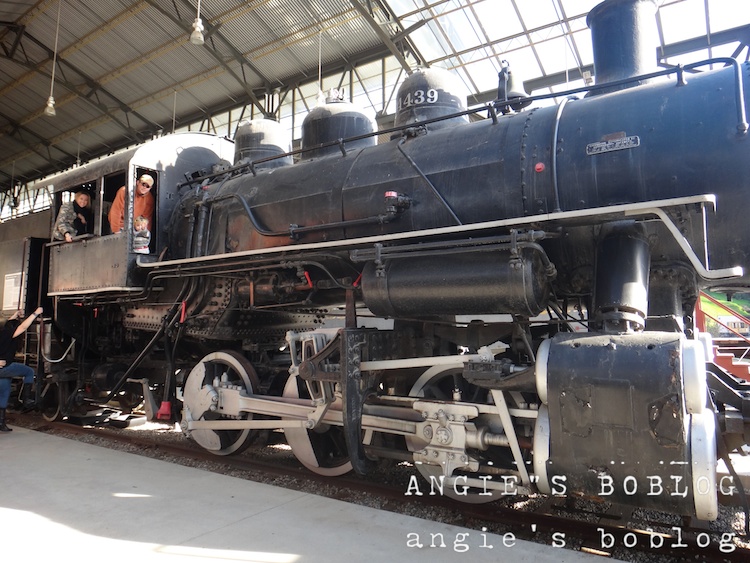 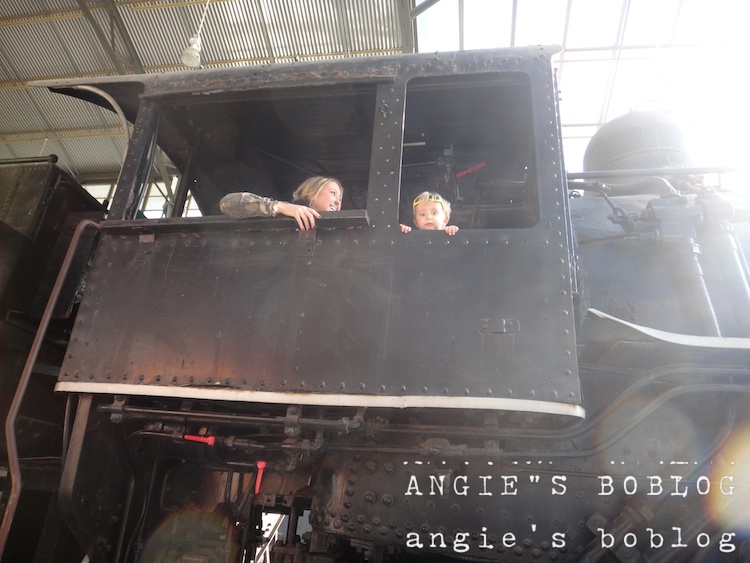 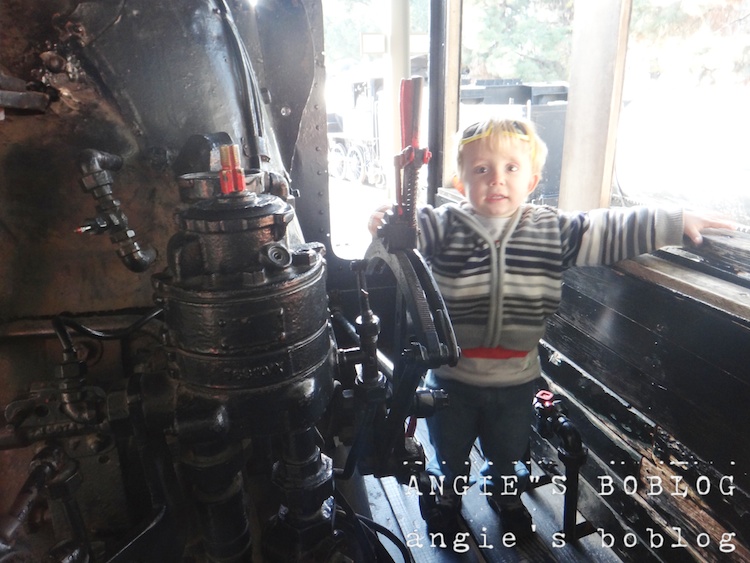 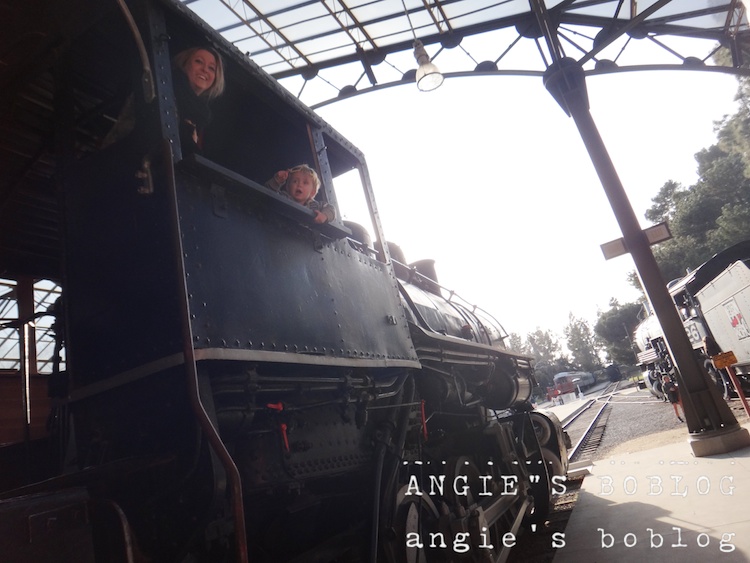 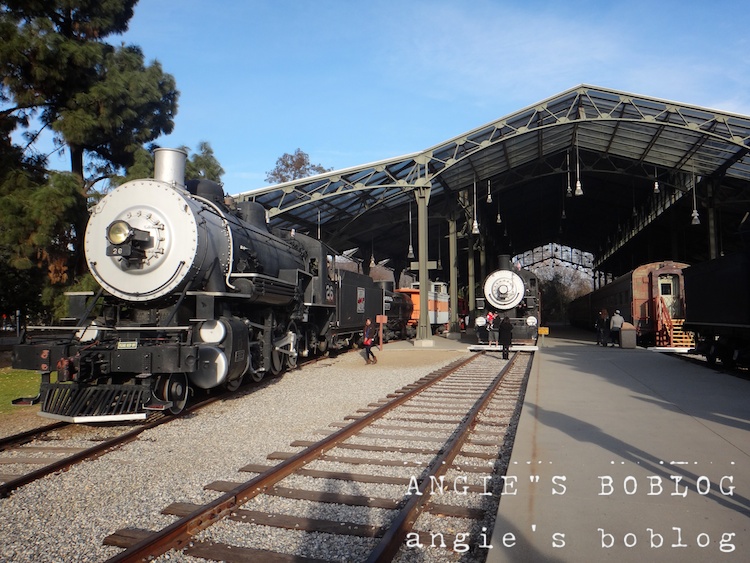 We rushed out of there and set off searching for Bronson Canyon -- the Bat Cave (used to film some scenes from the '60s Batman series).  We followed directions from Wikipedia and found the spot just in time before the sun set. 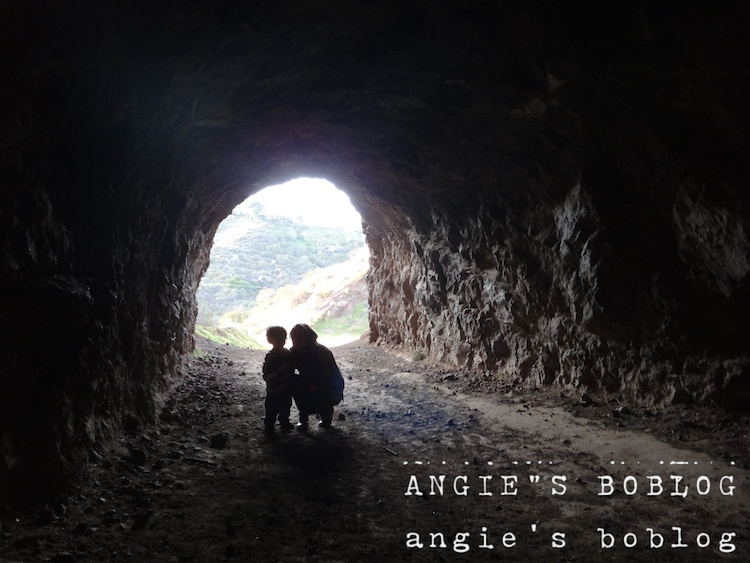 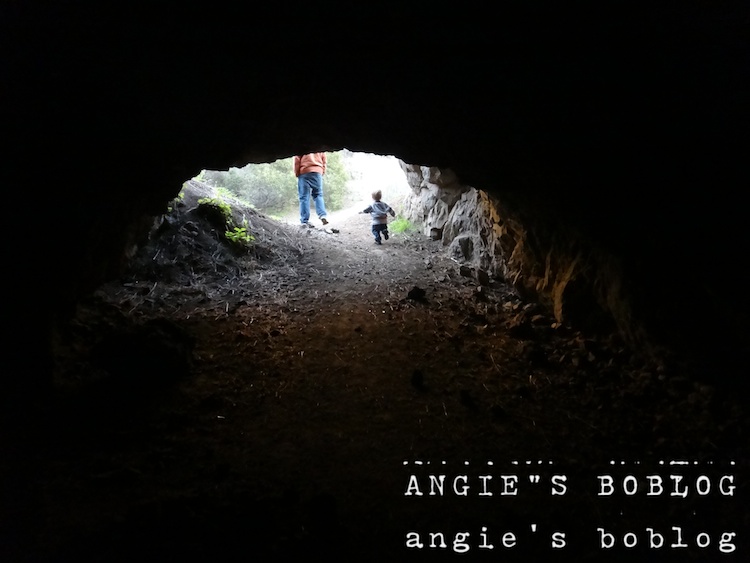 Ben climbed up onto a cliff and took this panorama.  See those specks in the center?  That's my cousin Erica standing, and me crouched with Owie in the Ergo trying to comfort Bob, who was carrying a boulder against my advisement and fell and "bwote his hand!"  A near disaster, but after a few minutes of double baby holding, we recovered. 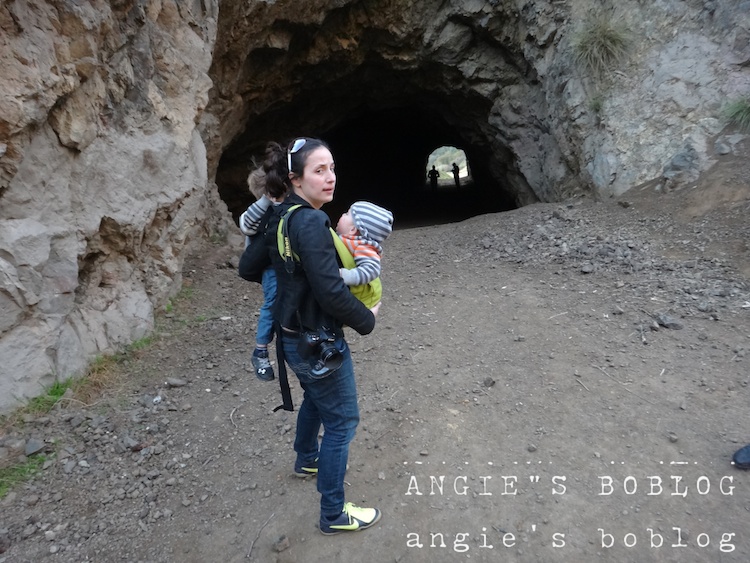 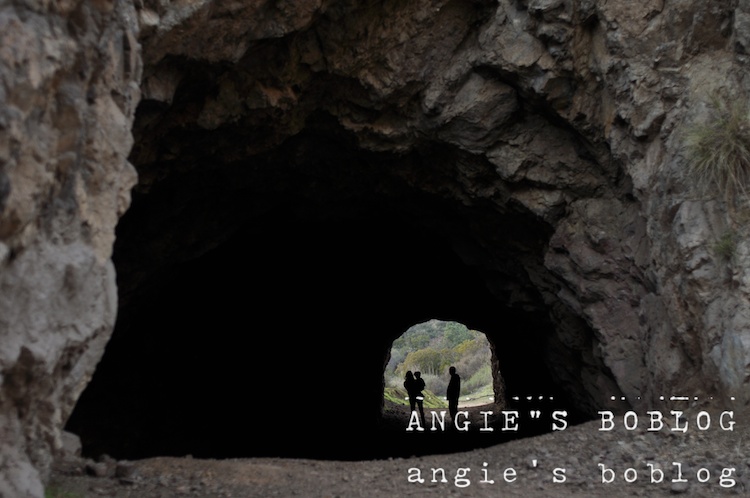 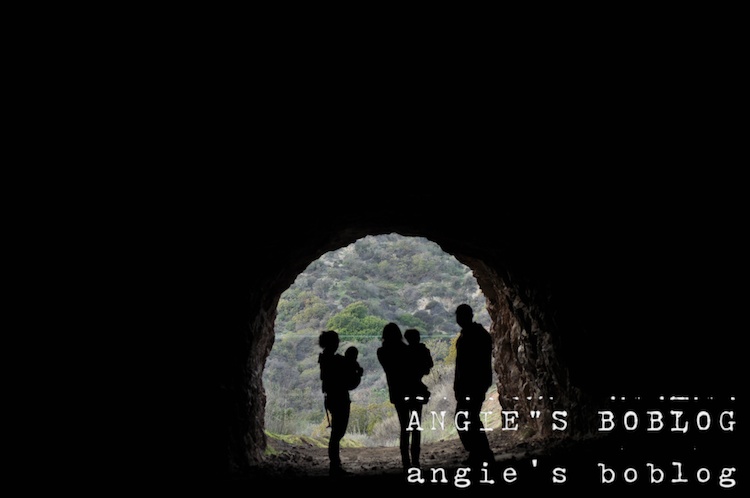 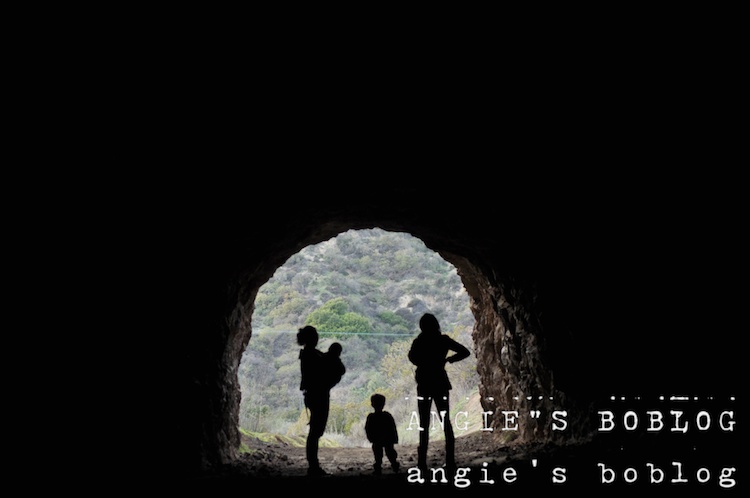 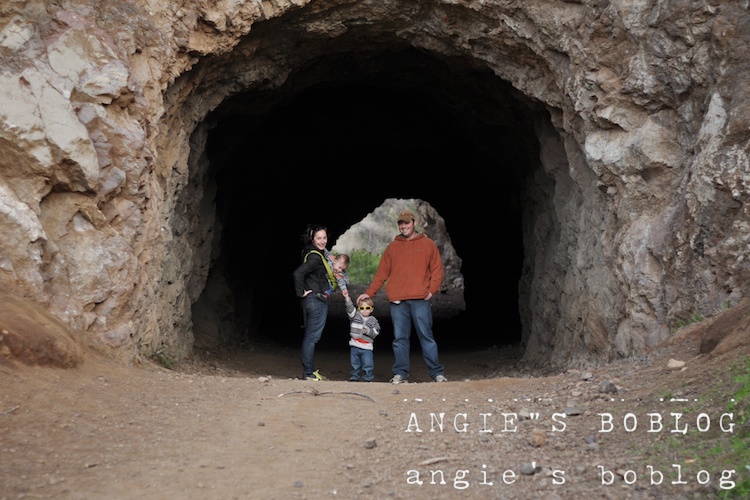 Fun adventure.  And fun to see you, Erica!  We miss you!
Posted by conveyableflow at 9:15 AM