on good old Mr. R and tv + kids in general 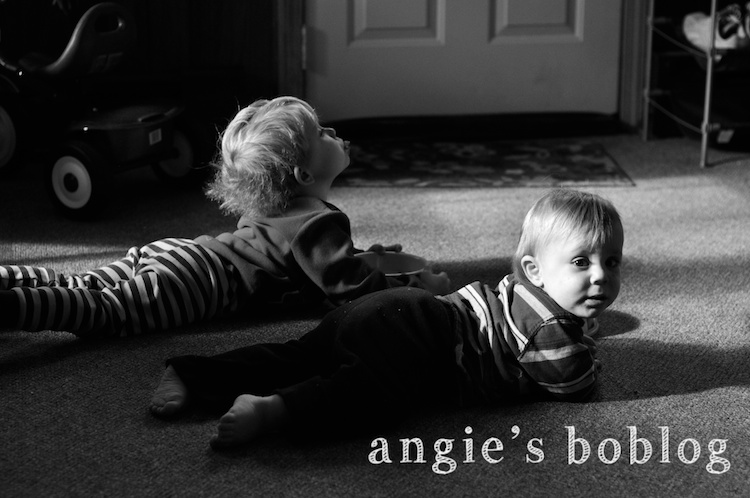 There always seems to be something floating around the web about Fred Rogers; particularly last week with all the talk about "looking for the helpers" in the midst of bad news.  And for good reason.

Seriously, Mr. Rogers helped shape me.  His television program is so unlike any other, and the differences are critical.  The Neighborhood program engages viewers as "neighbors."  It is slow paced to encourage reflection, it's encouraging of the individual, supportive of arts and music, it teaches preschoolers how to interact politely and show genuine interest in others, encourages curiosity and creativity, encourages pretend play while differentiating between real and pretend, shows small children that there can be trusted adults other than their parents, it features songs that instill simple truths about love and acceptance, it introduces kids to all sorts of different people, teaches about taking good care of our bodies and possessions, teaches us that we can be liked just the way we are.  I could go on and on.  In short, the Neighborhood is a place that helps us live better lives, instead of being merely a distraction from real life.  {I can't think of one other kids' program that stands on its own merit; even "educational" shows use flashy graphics and goofy voices to suck kids in and make them expect that kind of entertainment in real life.}

I think that a little tv around here does us all some good.  Gives the kids a chance to chill for a bit; gives me a chance to take a shower or cook dinner.  Plus, the tv did pretty much teach Bob to read.  BUT-- it's a slippery slope for sure.  You've got to set rules and limits and stick to them -- otherwise it's whine, whine, argue, push, push, push.  When the begging for more tv time occurs, I try to give thoughtful answers instead of just "because I said so," like: "I know your play time is very important to you.  I don't want dinnertime or bedtime to come and you to feel like you didn't play everything you wanted to today!"  We've had seasons where we slipped into relying on way too much television (like when Owen was born, as I recall), but the good news is: it's possible to climb back up and reset normal.  You've really got to screen everything before you let those little eyes see it, too -- to make sure the show's not too scary, or mean, or annoying, or pointless, or whatever else.  If I could do it again, I think I'd keep the pups from everything except the reading show and Mr. Rogers' Neighborhood.  Lately we're on an almost-strictly Mr. Rogers diet -- plus Fireman Sam.  {It's hard to imagine our lives for the past couple of years without Fireman Sam, since -- for better or for worse -- that's what Bob's entire existence is built around.}

On a somewhat related note, I read this post earlier and it really resonated with me.  (And from reading the comments, lots of other people too!)  I'm still a dumbphone user, and as much as I've been coveting the iPhone since the day it was dreamed up, I really am glad I'm too cheap (or is it poor?) for one, because I see the way people can't look away from them and it's sickening.  Plus I know the pups would be annoying the crap out of me begging to play with it.

Still, my imac demands much of my attention, and I could certainly stand to "unplug" more often.  This blogland here can be addicting, for one!

But... the weather's warming up and summertime helps.  for.  sure.

Whatcha think?  Am I the only one who is nutso for Mr. Rogers, not just in theory but in real life?

also: linking up with little days today
Posted by conveyableflow at 2:25 PM