Pumpkin cheesecake: what could be better?

Cheesecake is my number one all-time favorite dessert.  (But no cheesecake compares to my mom's.)  Pumpkin pie is quite possibly my second favorite if you don't count ice cream.  So, what could be better than pumpkin cheesecake?  That's what I thought to myself when I stumbled upon this recipe in Parents or Parenting magazine or whatever it's called, which we get for free for some reason.  And let me tell you, after much anticipation, this cakepie did not disappoint. 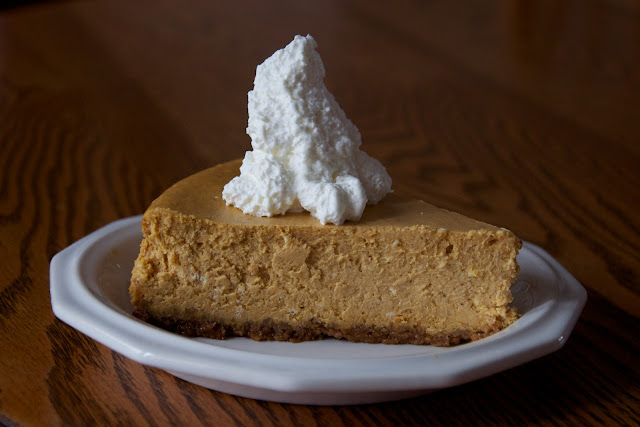 I'll admit, I had never before baked a cheesecake nor a pumpkin pie, but with the help of Grandma Kay's mixer and spice stash, it really wasn't hard.  If you don't try this amazing treat this fall, you will totally be missing out.

Crust:
Cooking spray
8 graham crackers, crumbled (I used my mom's method of putting them in a ziploc bag and smashing them.  actually now that I think about it I believe she used a rolling pin)
5 tbsp butter, melted
1/4 cup of sugar (I used natural raw sugar to make it super healthy) 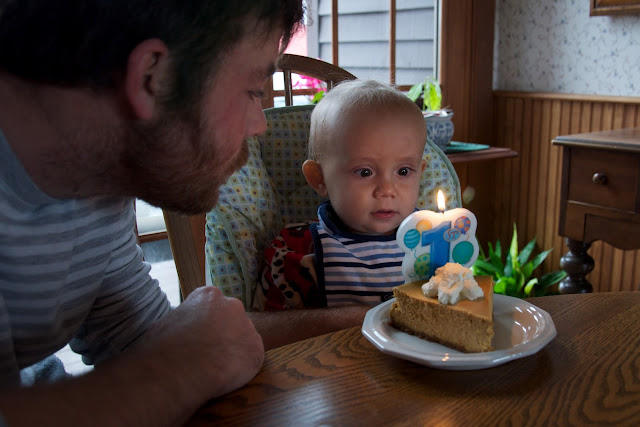