Before the holidays sweep through and since I'm still thinking so much about Bobby turning into a kid, I wanted to jot down a few random things I've learned about my baby boy over the past fast but infinite year. 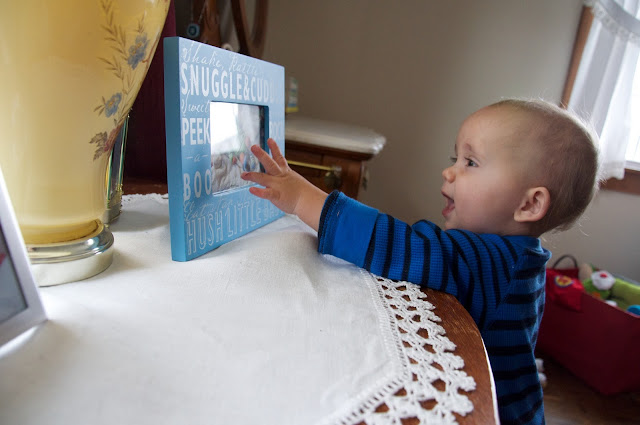 Bobby's tiny adorable self is just filled to the brim with sweetness and sensitivity.  He says, "heeey, hiii," to himself in the mirror, to other babies, to stuffed animals and dolls, to pictures of animals in books -- to anything with a face, really -- in the sweetest little voice I've ever heard.  He loves to snuggle his blankie and all his "buddies" and even some pages in his books that he particularly loves.  Sometimes when he gets anxious or whiny crawling around the house I'll say, "Do you need a hug?" and he makes a beeline over for his "huh, huh, huh."  He loves to gives kisses -- big sloppy ones.  When I tell a sad story or point out that someone is sad or hurt, Bobby gets sad, too.  When he bites me and I say, "ouch!" he bursts into tears. 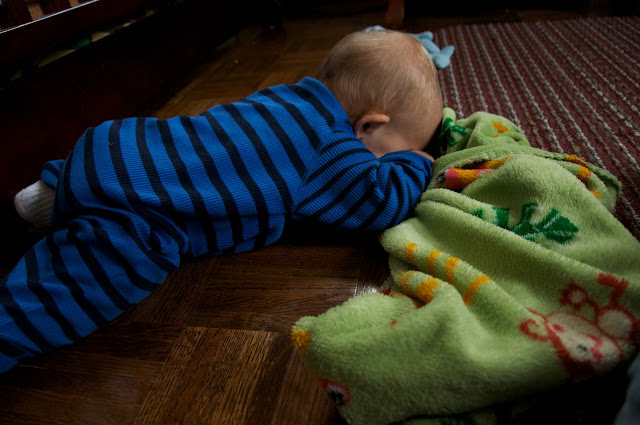 The second thing about Bob: he is a thinker.  He understands almost everything we say now.  When I teach him a new word or concept, he stares at my face and really concentrates on what I say.  He "says" quite a few words, and he can "read" far more.  We've been working on words with Bobby for a while now; "working" really isn't the right term because looking at words is probably his all-time favorite activity.  He's very proud of how much he knows.

Bobby's play has recently reached a new level: he's finally beginning to stack and put things away in addition to tearing down and taking them all out!  He's quite good at following directions (when he wants to).   I'll say, "Bobby, I see a block over there across the room.  Can you get the block and put it in the basket?"  Or, "Bobby, can you find your hippo?"  "Show mama how you swim."  And my little pup actually follows my instructions.  He's obsessed with playing ball -- especially dunking basketballs and scoring touchdowns.  We have to hide all the balls in his room when it's time for him to go to bed or he won't go to sleep; he'll just chant "duh ball" over and over. 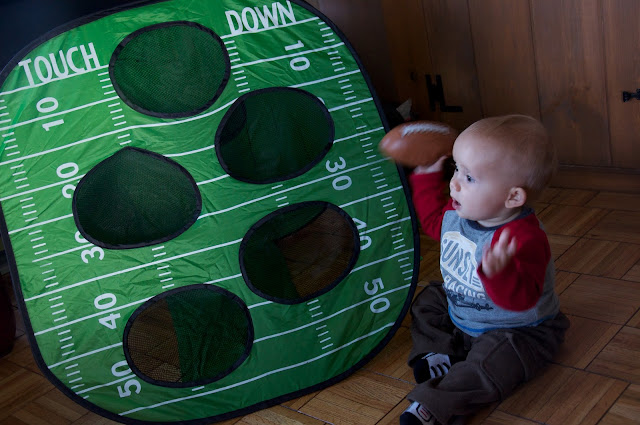 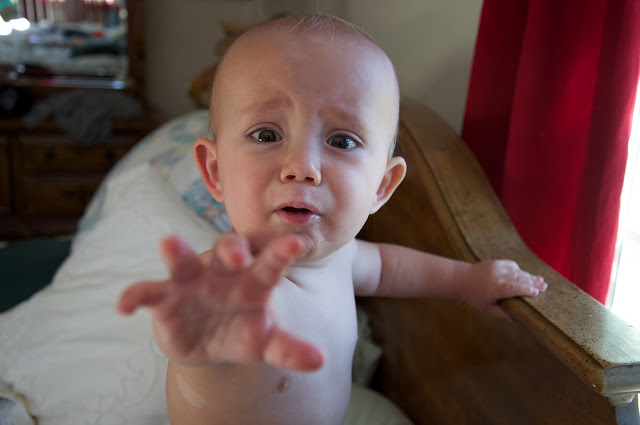 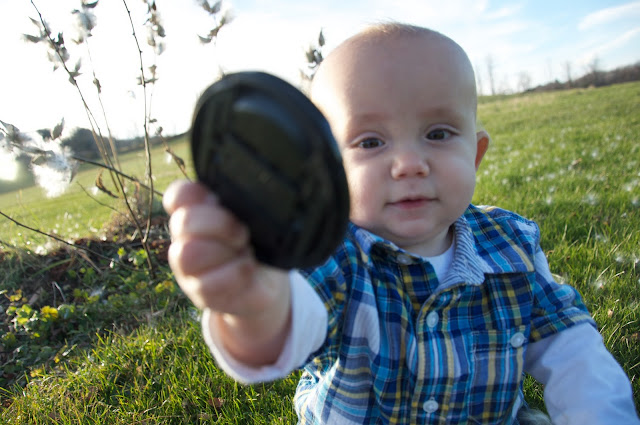 (trying to put cap back on lens)
We are so THANKFUL for this little one year old Bob of ours.

And just in case you're looking for a couple good Thanksgivingy reads... here are two I've particularly liked:
Thanks-Giving and Receiving
My Problem with Thanksgiving
Posted by conveyableflow at 1:37 AM