Three Thanksgivings in one long weekend

We took a long Thanksgiving weekend home to the Berkshires and packed in quite a bit of action.

On Thursday we had dinner at my dad's place with a bunch of his roommate's girlfriend's relatives, including her baby Charlie who's a month or so younger than Bob.

Bob was perfectly happy feeling mature sitting on the island wearing his paper headdress and playing with my lens cap... 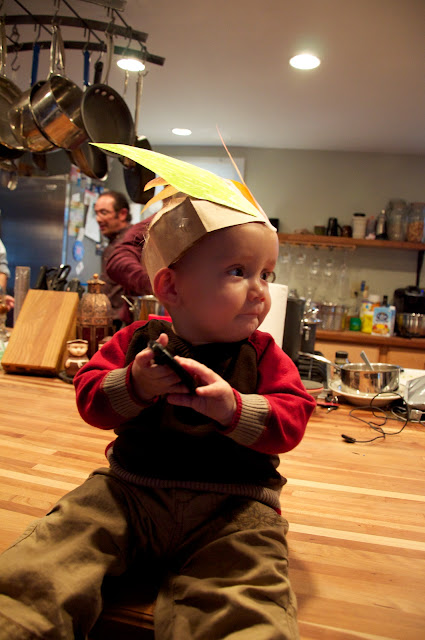 ... and then another little munchkin has to come along and touch him... 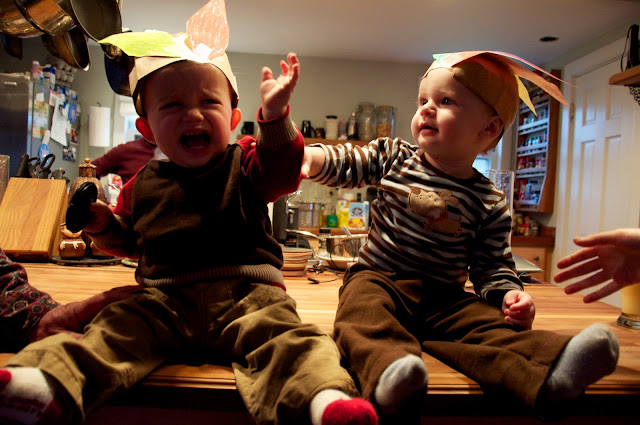 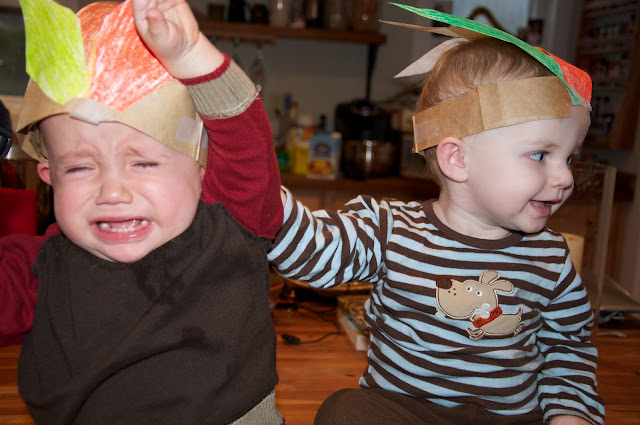 Charles Bliss was anything but as far as Bob was concerned.  (That was a line from my dad, "Pepere.") 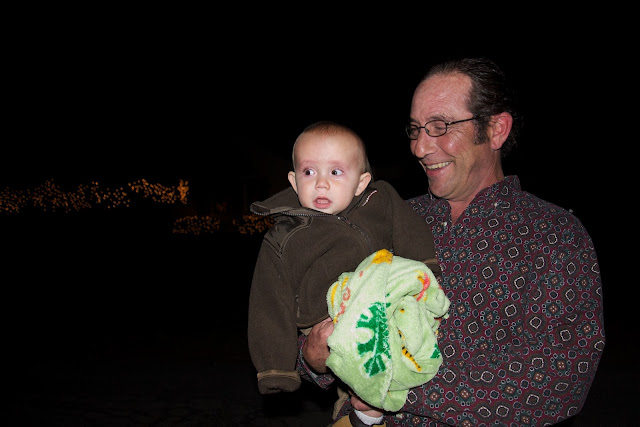 After that drama we headed over to Big Gram's to spend time with my Uncle Lee and his girlfriend and her daughter and my brother David and Crystal and their two kids, Bob's beloved cousins Chloe and Mason.  Chloe handed me a hand-made babysitting flyer advertising her services for a quite reasonable $2 per hour: "Read books, play games, and I'm safe!"  Hint received.

Chloe set up all her Littlest Pet Shop animals for Bobby to play with.  Bob was shy in the beginning, but then all of a sudden the miniature animals caught his eye from across the room and called him from what he was doing; he crawled his fastest toward his dream come true and dove into the pile. 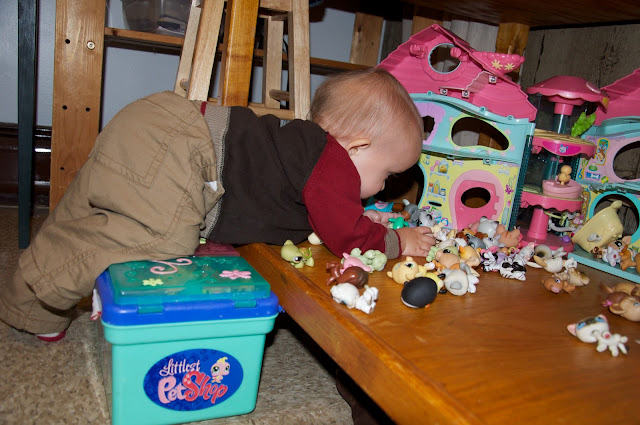 He ooohed and aaahed, kicked his new friends around with his feet and scrambled them with his hands, and he climbed up and down, up and down from his little shelf, over and over again. 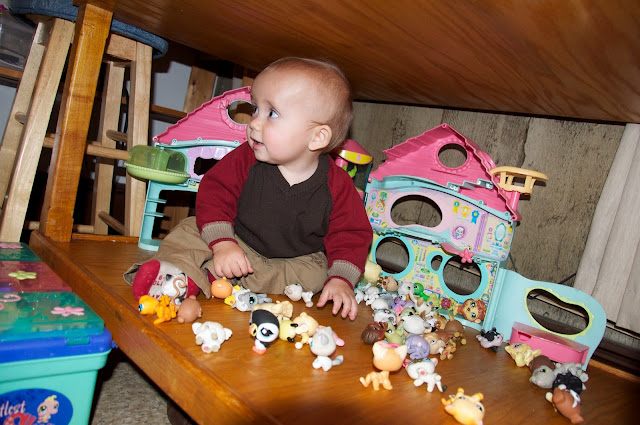 I brought some crafts for the kids... I had planned to make a "Thankful tree" but it turned out that Mason needed a "family tree" for school so we made that instead. 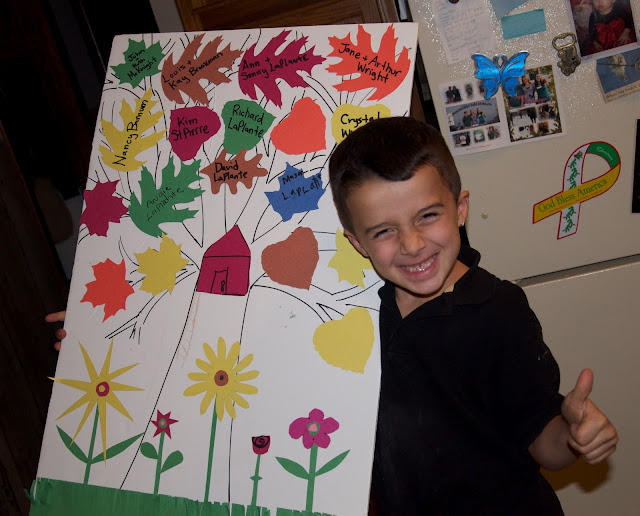 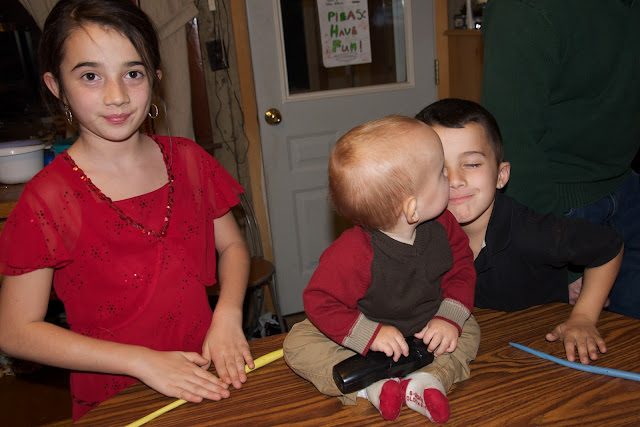 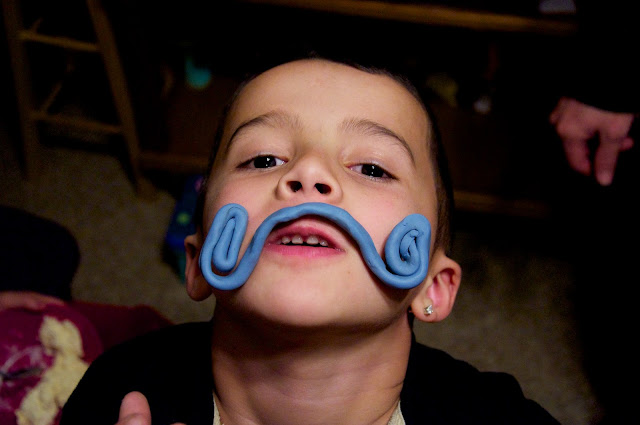 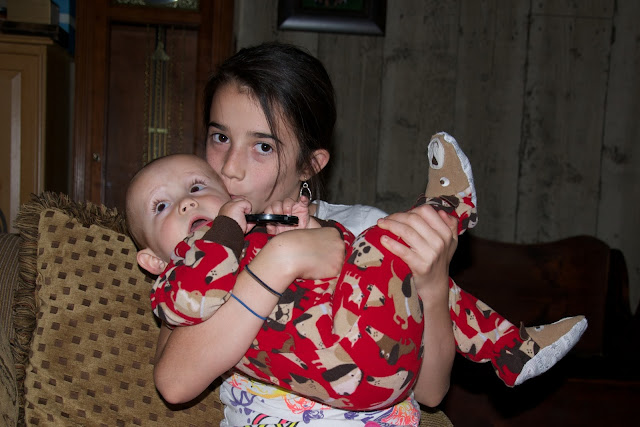 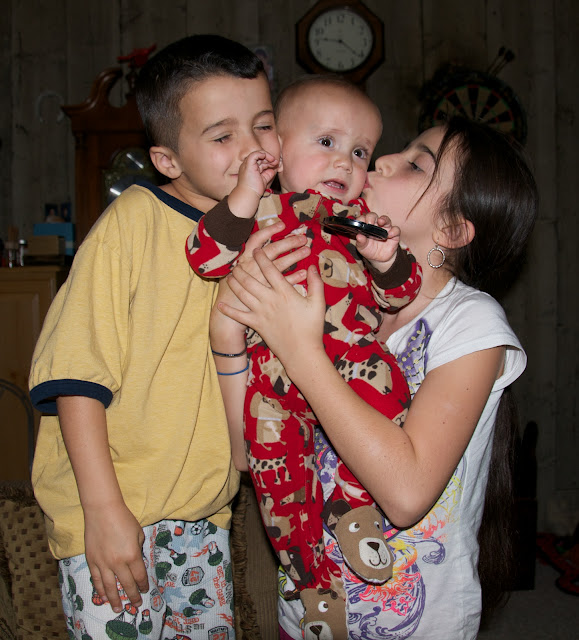 Chloe and Mason adore Bob (in case you couldn't tell.)

We spent the day Friday just hanging around at Gram's (that's Bob's great-great-grandmother)... 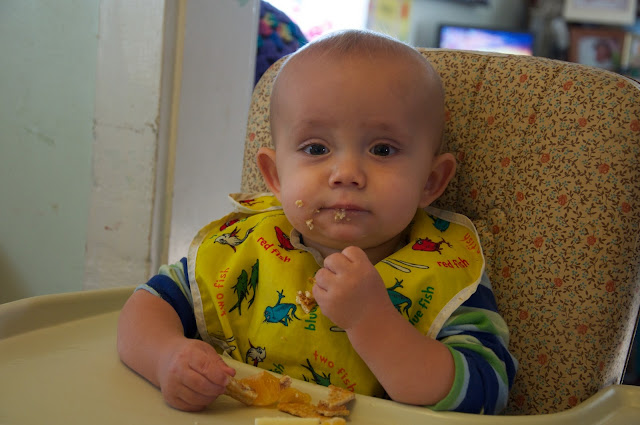 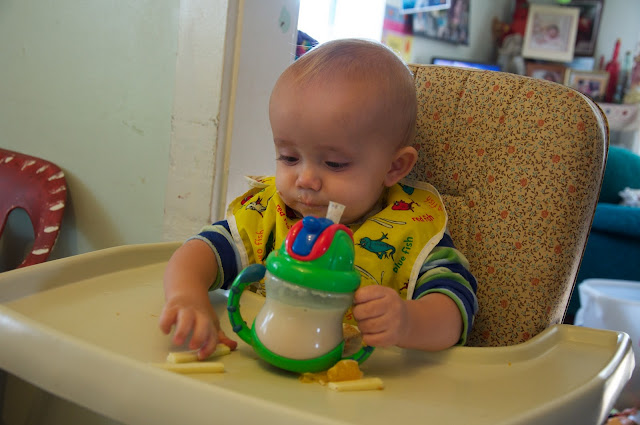 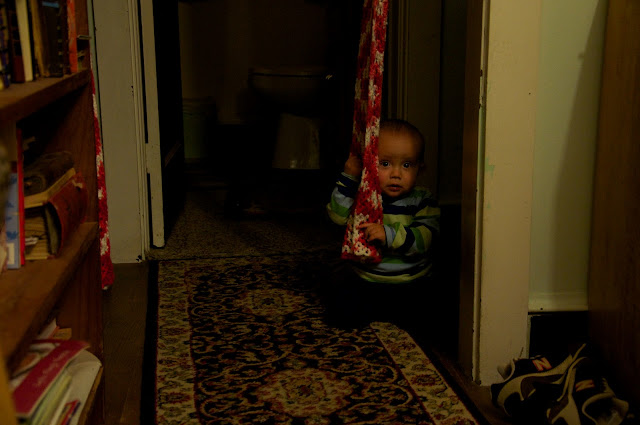 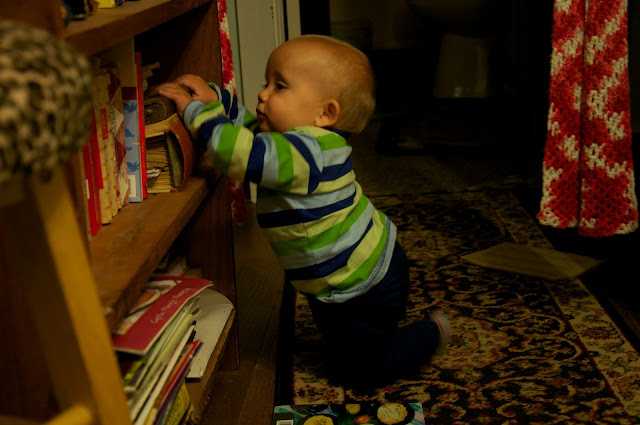 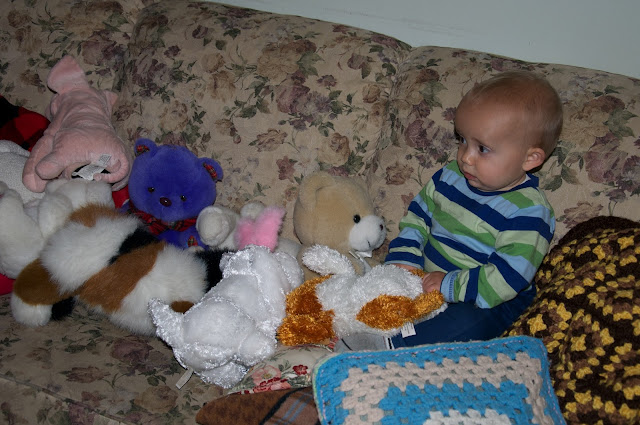 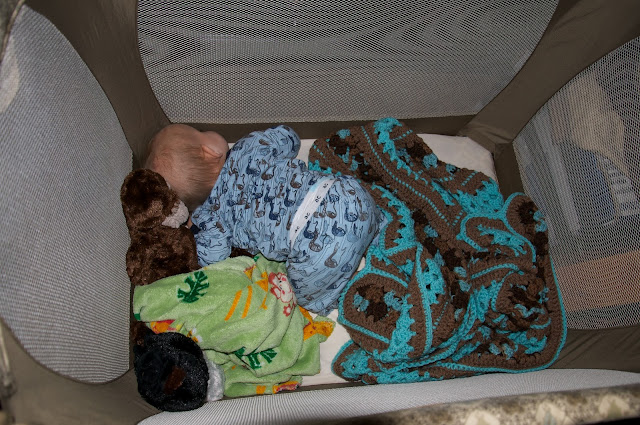 On Sunday we had the traditional Thanksgiving celebration at Gram's.  I didn't capture the faces of every person in attendance, but I did at least get most of the outdoor crew: 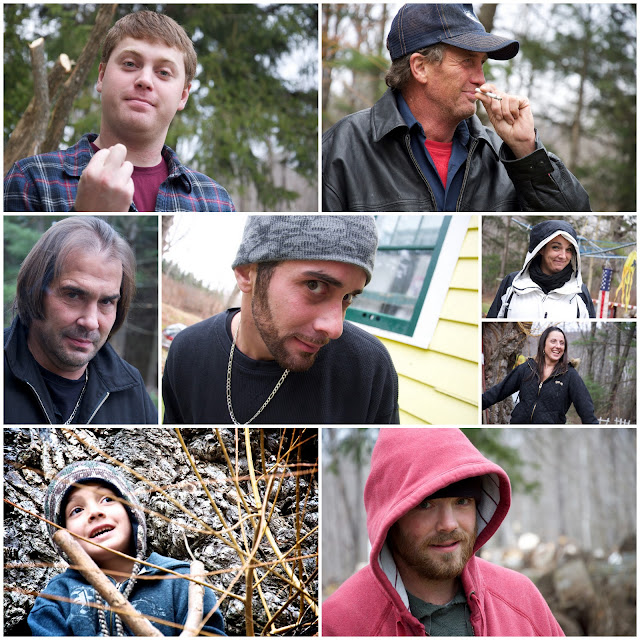 A few more of my favorites... 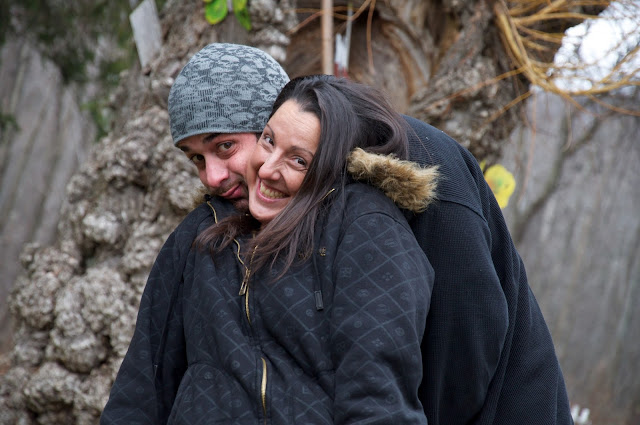 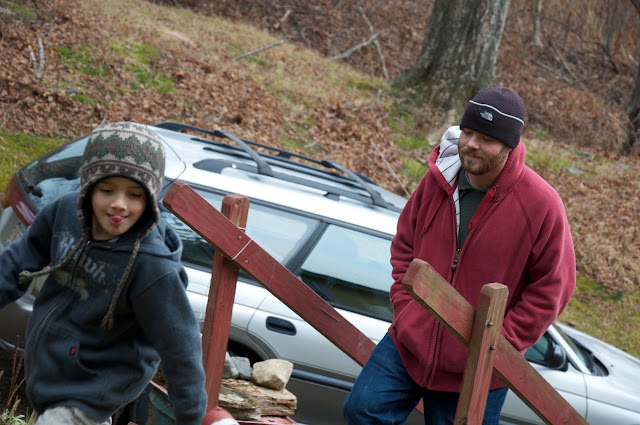 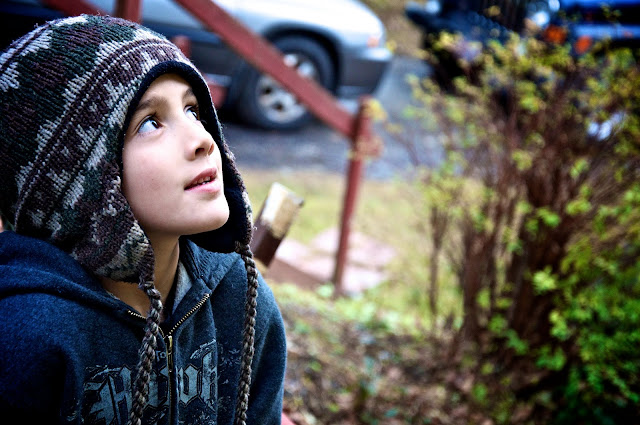 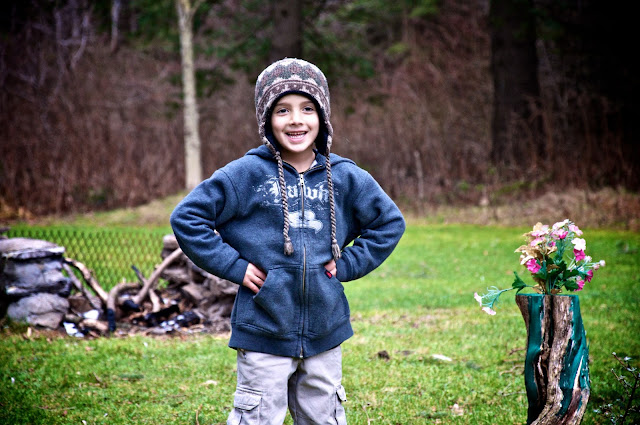 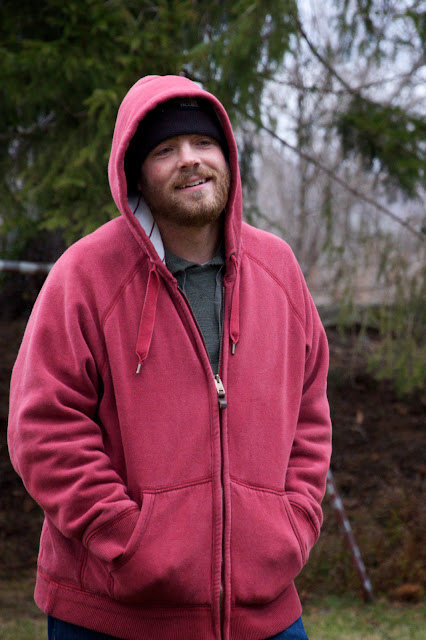 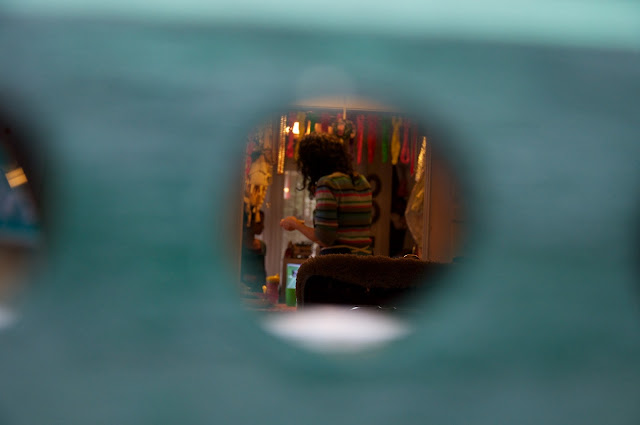 My niece Bailey will be two on the 7th, so we gave her a gift a little early.  The middle-left picture captures my favorite moment, when she had finally gotten all the paper off but was still thinking, "now what the heck is this?" 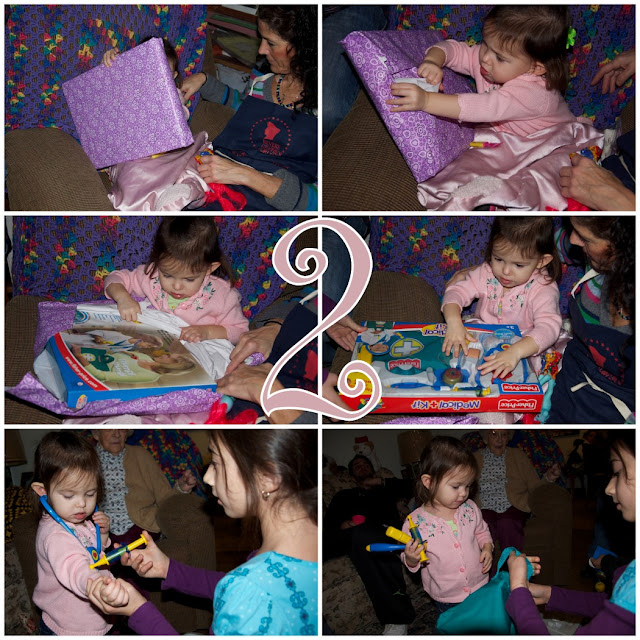 And you know, I guess I did get a shot of everyone... 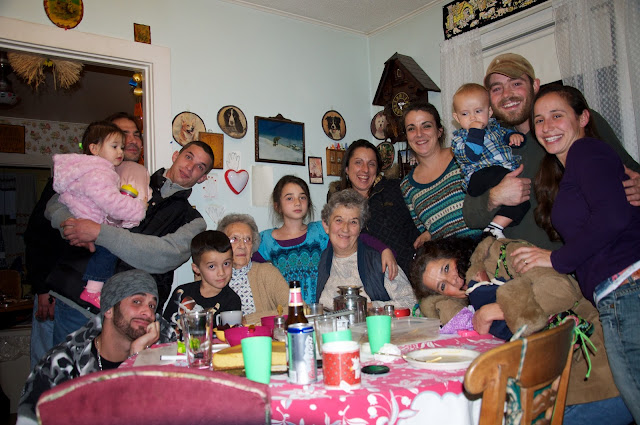 At Gram's we don't do anything fancy for Thanksgiving (except for breaking out the gold utensils); we just get together, which is what matters I think.
Posted by conveyableflow at 11:20 PM