California vacation -- a start at least

We were so fortunate to get to go on our awesome vacation, thanks to the generosity of Ben's family flying us out and feeding us and putting us up and all that jazz.

The trip was occasioned because Ben's Grandfather "R.B." passed away a few months ago and the whole family was gathering for a little memorial party. 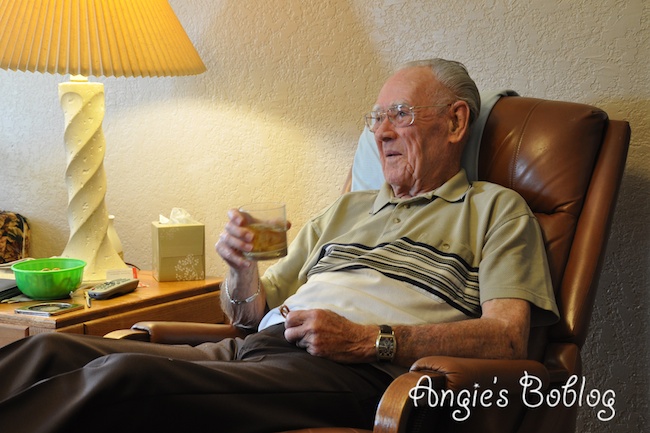 Grandfather lived in Texas; I only met him once, when we traveled down there for his wife's funeral back in March 2009 (when I was early in my pregnancy with Bob and feeling super sick all day every day and could barely eat a thing besides lemon slices).  Sadly, Grandfather never did get to meet Bob, but he did get to meet pregnant me, and he was an avid follower of my blog so I have a feeling he got more info than he probably wanted. 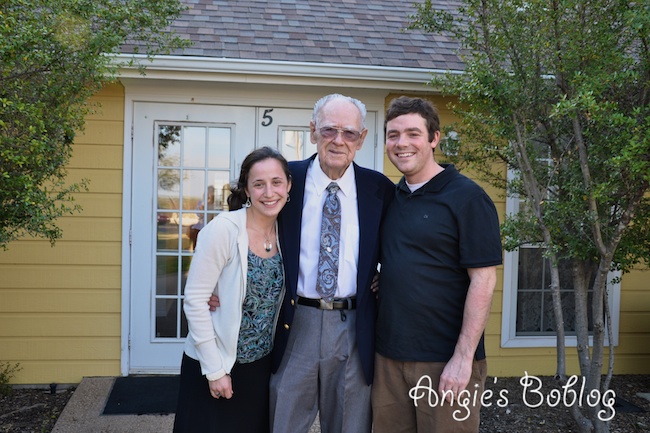 And like a big dope, I didn't take one single photo at the party.  Sometimes at these sorts of things, I don't like to be the one with the camera taking pictures of everybody, but then when I don't, I regret it.  Mostly I failed though because Bob insisted on spending 96% of the time in the driveway instead of the backyard where everyone else was.  The only other child at the party felt the exact same way; not sure what the draw was there but apparently it was one fun slab of concrete.

Of course, that was just one day.  The other big reason for the trip was to get to spend some time with Ben's Gram whom we also hadn't seen since I was pregnant with Bobbert. 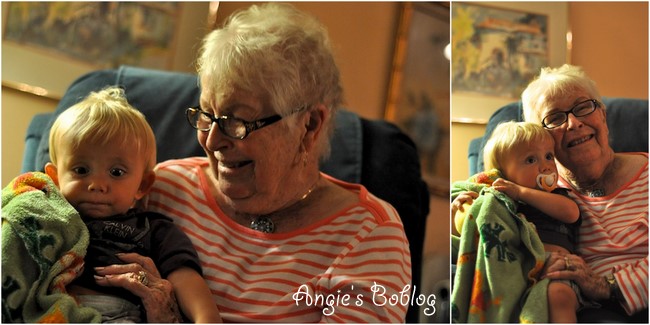 Travel went smoothly.  Bob was very excited about everything; the whole airport/airplane experience was much more interesting to him than it was when we went to Jamaica last year. 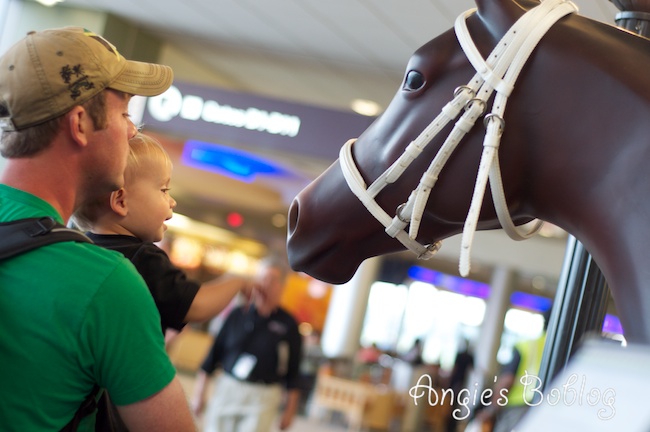 He was invited into the cockpit a couple of times.  One of these times, Bob was staring at all the instruments and gauges and such and the pilot said, "Don't worry, buddy, I don't know what any of it is either."  Hah. 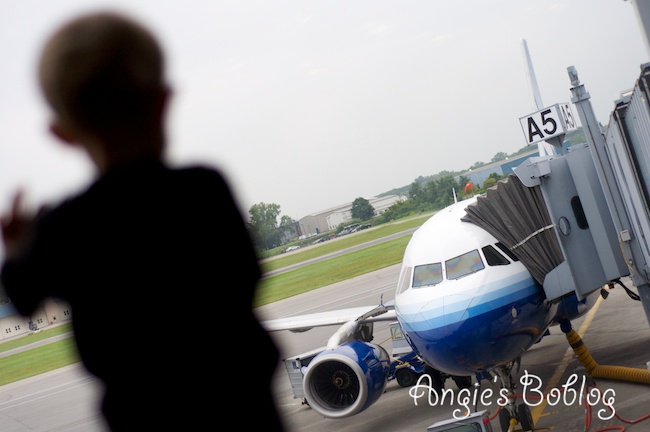 We bought a box of Munchkins to use as bribes during travel, and let's just say they were handed out so liberally that Bobby pretty much ate donuts and nothing else that day. 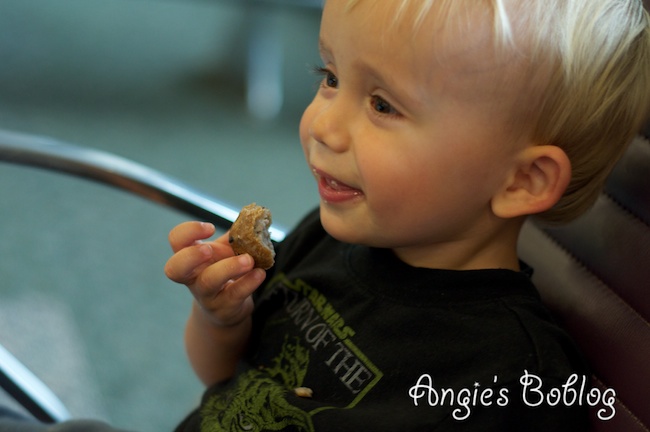 Bubbs did really well on the planes, considering he's almost two and being still for four hours at a time is not his forte.  Here he is taking a little snooze... 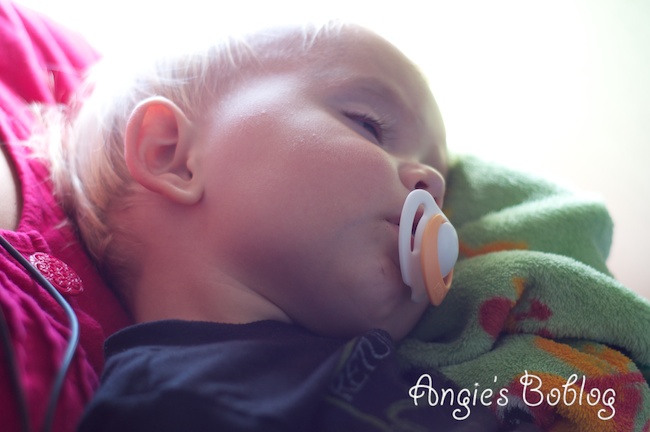 And can I just say, it's no picnic holding a toddler on your lap for hours on end in a tiny enclosed space while pregnant.  That's just a fact.

Bob was super happy to get a chance to steer the rental car. 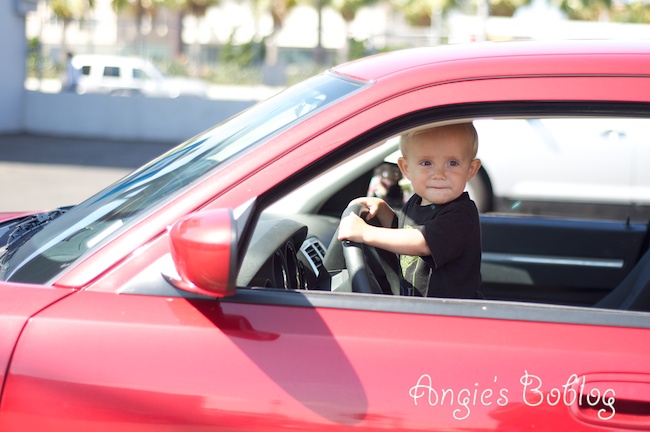 It was such a relief to finally get where we were going and relax at Great Grandma's for the evening.  Bob thought this chair + ottoman was a tiny bed just his size. 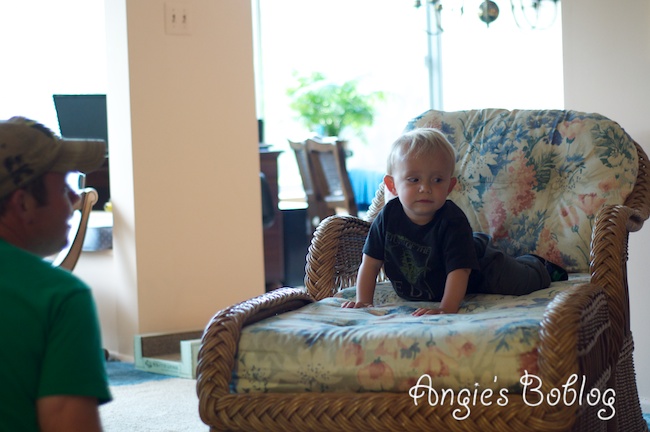 The first morning, Bobby quite naturally woke up at 4 am; clearly he wasn't hip to the three hour time difference.  Since everyone else was sleeping we opted to go out for breakfast.  Bob ate a muffin outside... 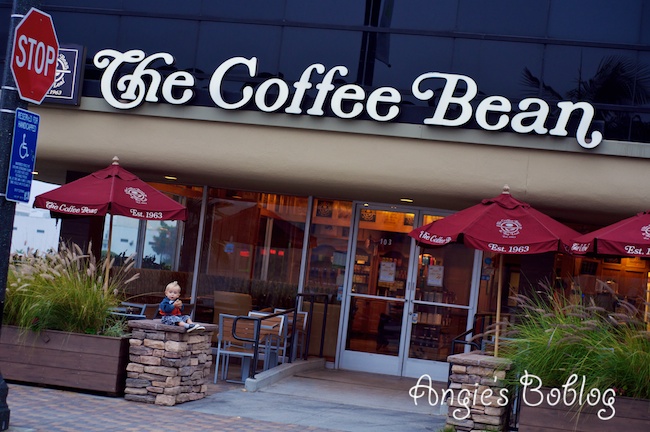 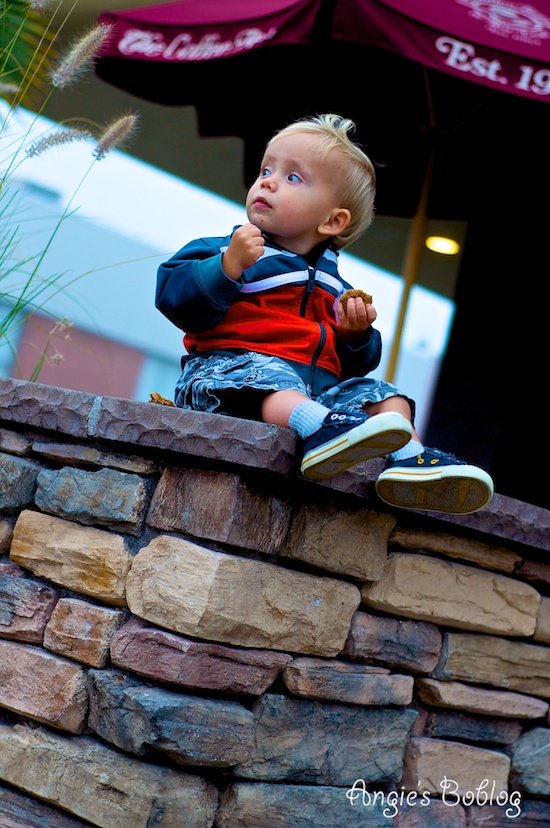 ... while we waited for this place to open. 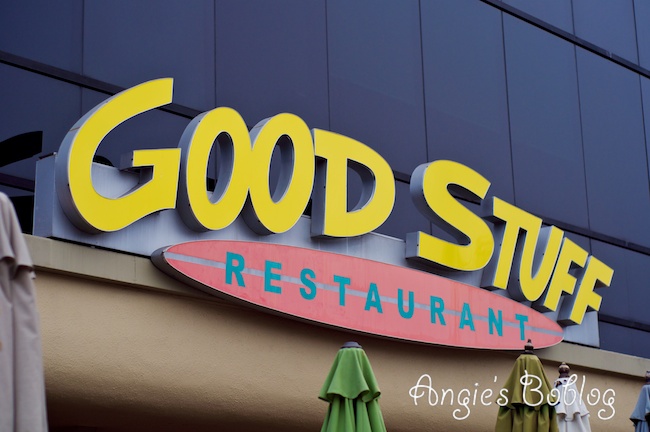 We spent the rest of the day hanging around at Gram's. 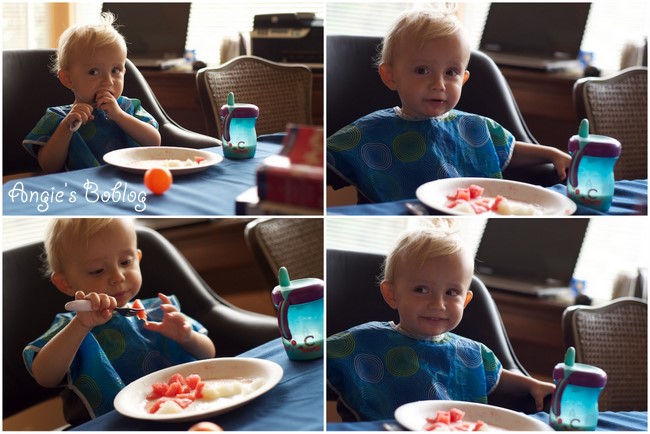 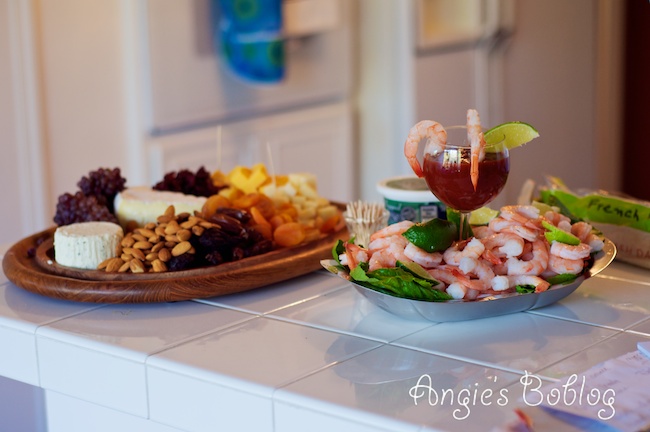 We ate and ate while we played cards all afternoon. 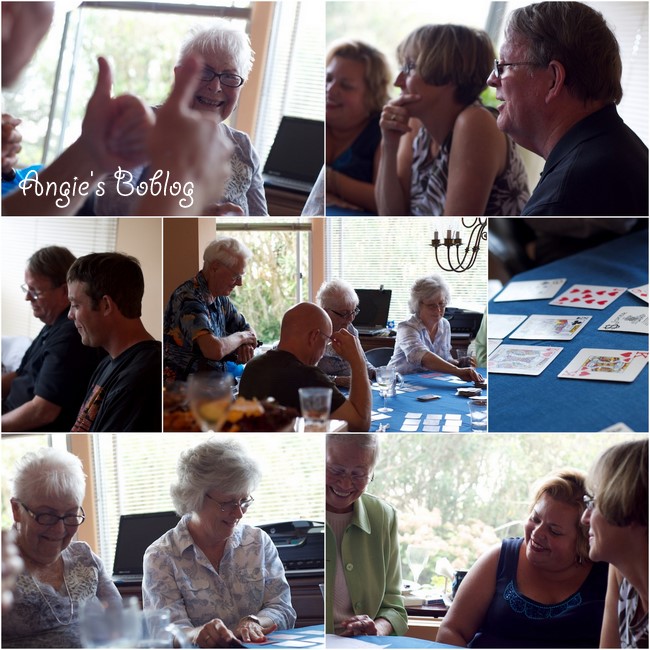 Bob skipped the cards and played with the kitty toys instead.  (Picture on the right is Bob's response to, "Can you fit in there?") 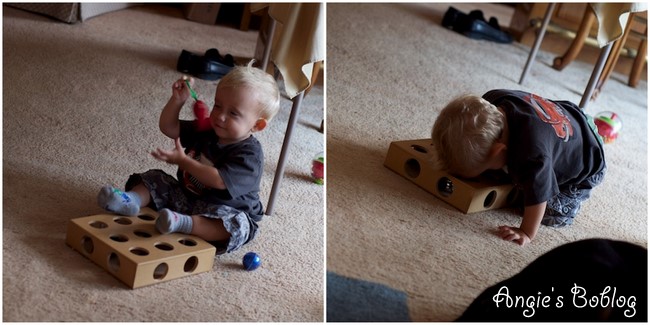 That night we got to see a gorgeous sunset over the Pacific and Catalina Island. 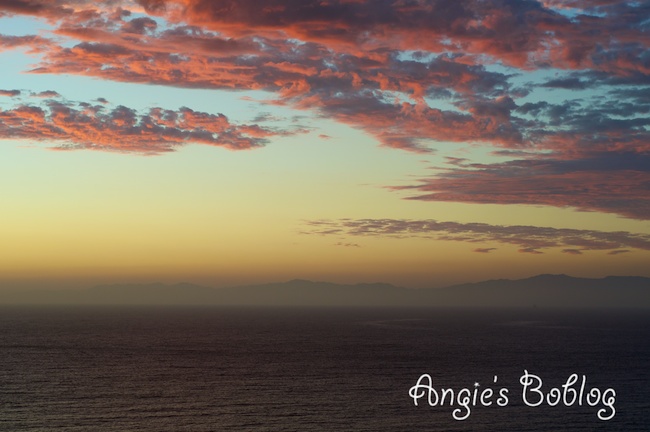 And that's all I've got for now, because I ran out of time uploading photos from home.  I promise I won't share the whole trip in two day increments like this.  That would be ridiculous.  But I do have lots more.  You are warned.
Posted by conveyableflow at 10:02 PM