Have I mentioned that Bob loves all things spooky?  Yes, I believe I have.  Obsession includes ghost-es, scary pumpkins, tarantulas, scarecrows, sculls and skeletons...  No idea where it all came from, but as you can imagine, the Halloween season has been quite a treat for him.

Ben and Bob carved a pumpkin.  We asked Bob, what do you want the pumpkin to look like?  His answer: 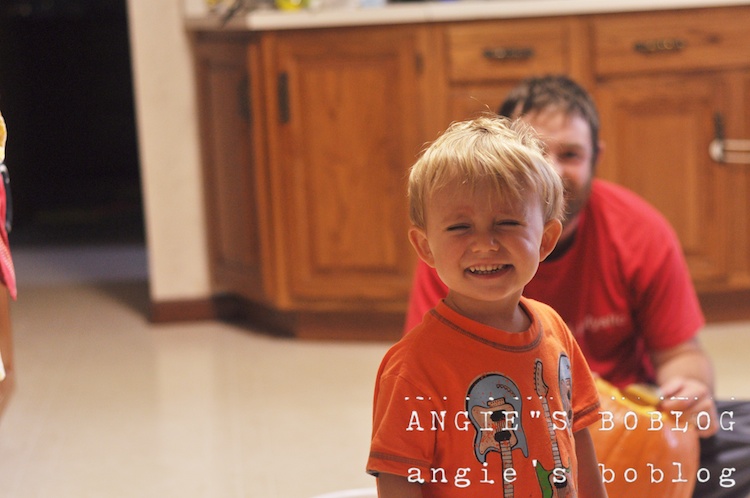 then he decided on scull.  of course.

Peeling apples for pie and sauce (Ben made an apple pie -- even the dough from scratch -- and it was crazy good)... 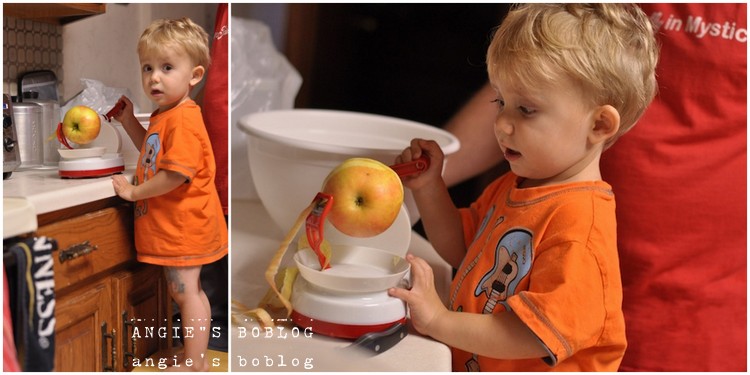 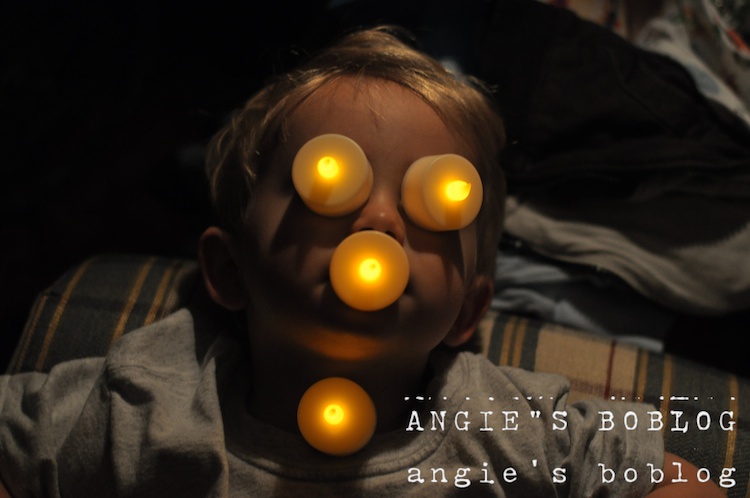 I'm not big on holiday decor, but I do feel myself going a bit more that way as my little pup gets older and more into it all.  So to satisfy my little spook seeker here's what I came up with.  Please note Ben's superior pumpkin carving skills... when pup asks for a scull, a scull he gets. 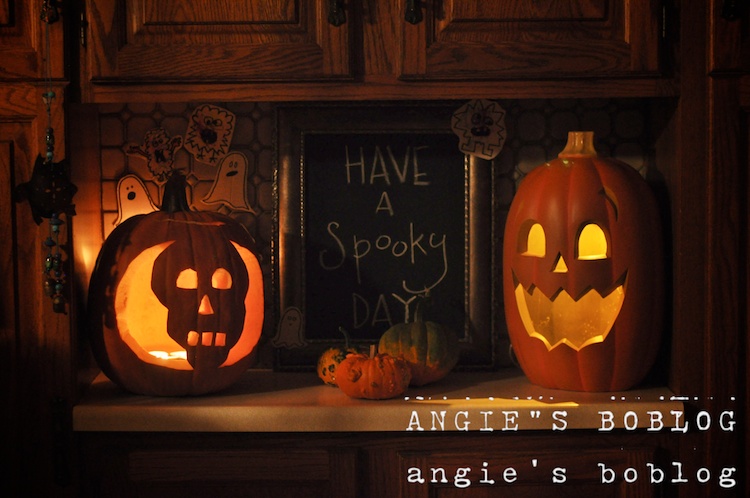 (The pumpkin on the right is plastic, a gift from Judy and Bonnie last year.  fyi.)

Trick or treat coupled with the knowledge of the joy of chocolate is a lot more exciting.  I told Bubbs that we'd be going to Shane's house for trick or treat and what that would entail about five days too early, because from when he heard about it until the time finally arrived he asked me hourly if "trick or treat is ready yet."

For weeks he kept changing his mind about what he wanted to be for Halloween and naming every random costume idea that came into his head.  Eventually he settled on Fire Pup -- so basically his alter ego, or primary ego since he spends more than half his life as fire pup, with a more elaborate getup than usual.

Trick or treat did not disappoint.  Bobby was really cool, totally brave about going up to strangers' doors and asking for candy.  At one or two houses he spied some toys inside and went right on in.  Seems like we're going to need to have a talk about kidnappers perhaps... 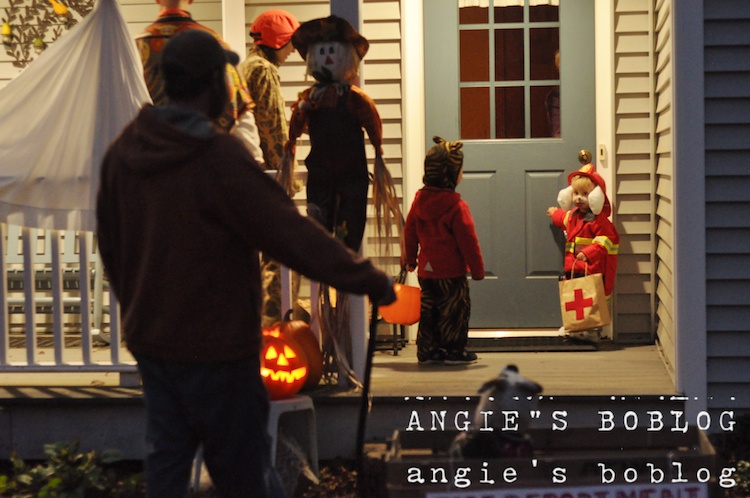 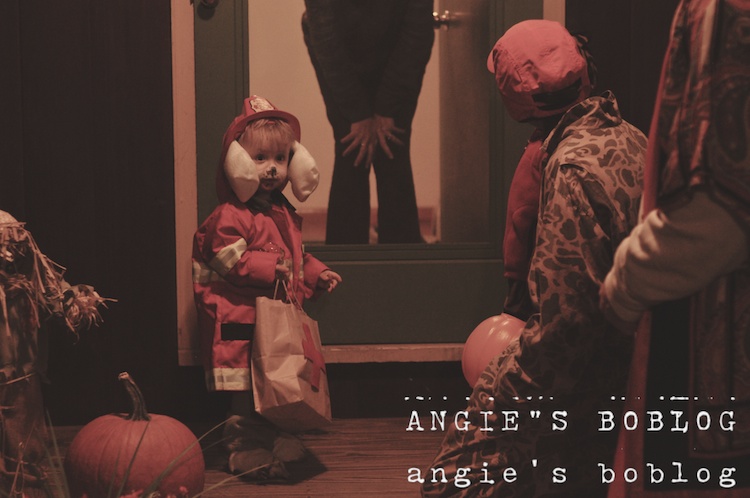 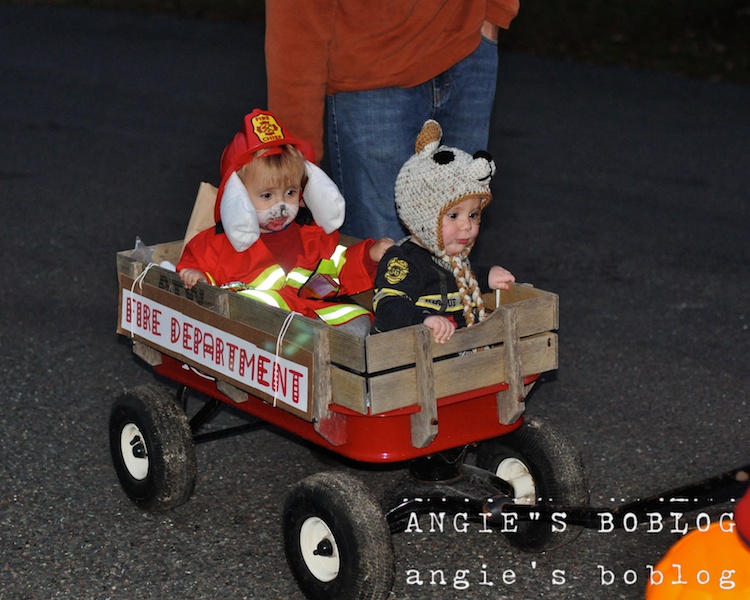 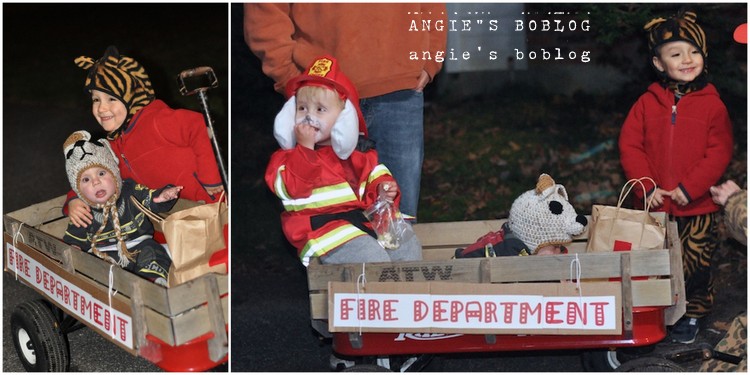 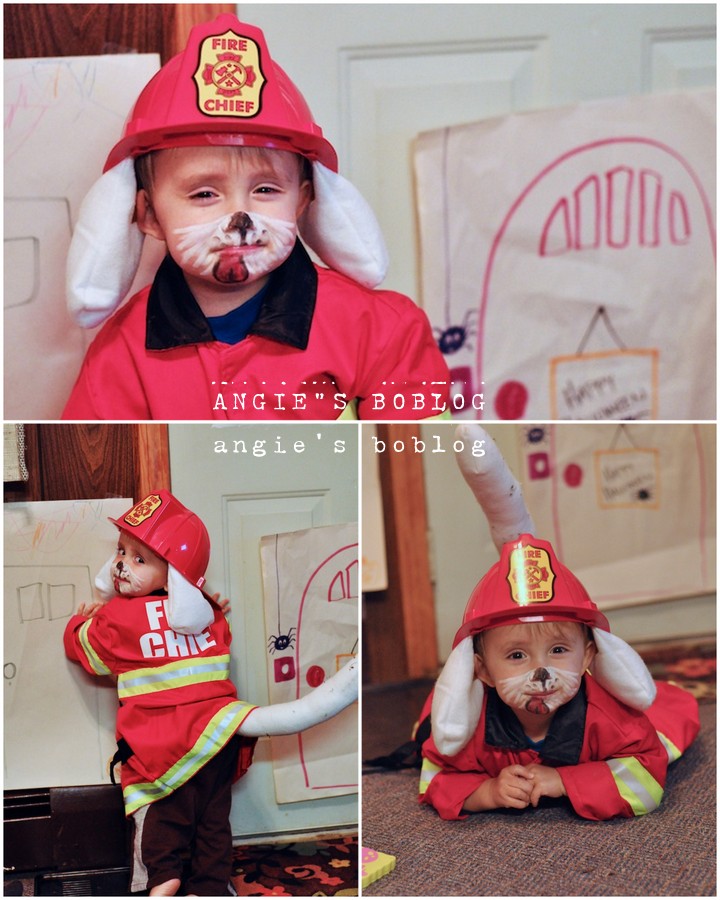 (You can sort-of see in the background -- every doorbell had to have a spider coming down.)

Saturday we got to hit up a costume party at the Shafer house with Bert and Ernie. 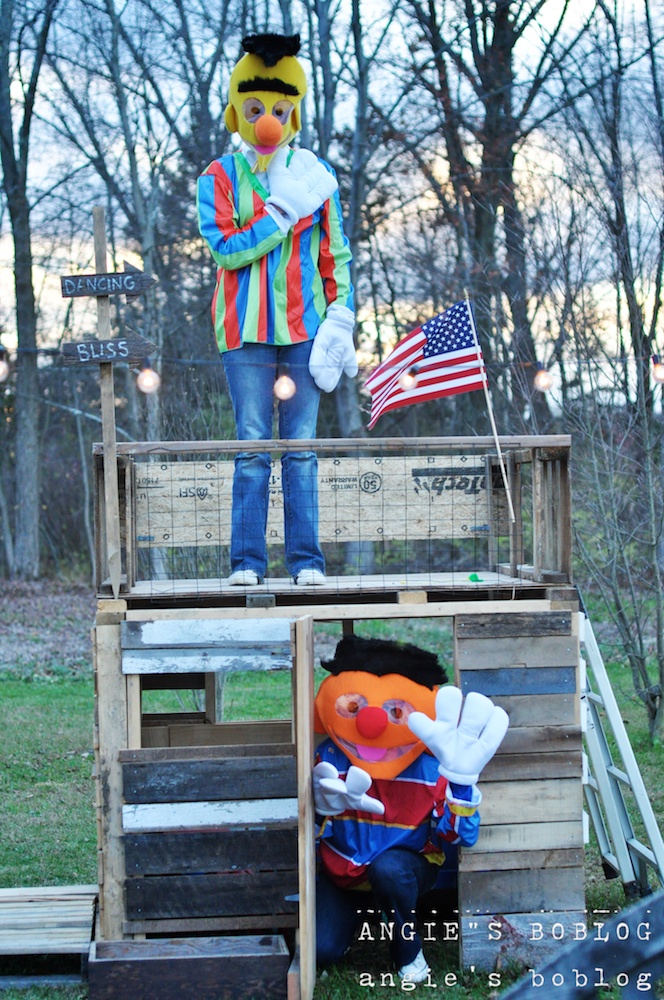 I chopped off my mop of hair for the occasion -- donated 14 inches to Locks of Love.  I wasn't really trying to be charitable; I just seriously don't have time to detangle all that hair and it was always on the verge of being classifiable as dreads.  The hairdresser tried to teach me how to do my hair the right way for my costume (I brought her a picture) but the next day when I tried to do it myself... well, yeah as you can see it didn't happen.  My hands just do not work curling irons.  Never could get my arms facing the right way or something.  It's complicated I guess.  These hairdresser people start studying their trade in high school, you know.  Anyway.

So can you tell who we are?  Unfortunately I didn't get one of Ben doing his Ron face, but he still looks amazing.  After a while we had to take off our buttons because it seemed we were trying to get all political when really we weren't.  Except that I kinda liked that it almost seemed like we were. 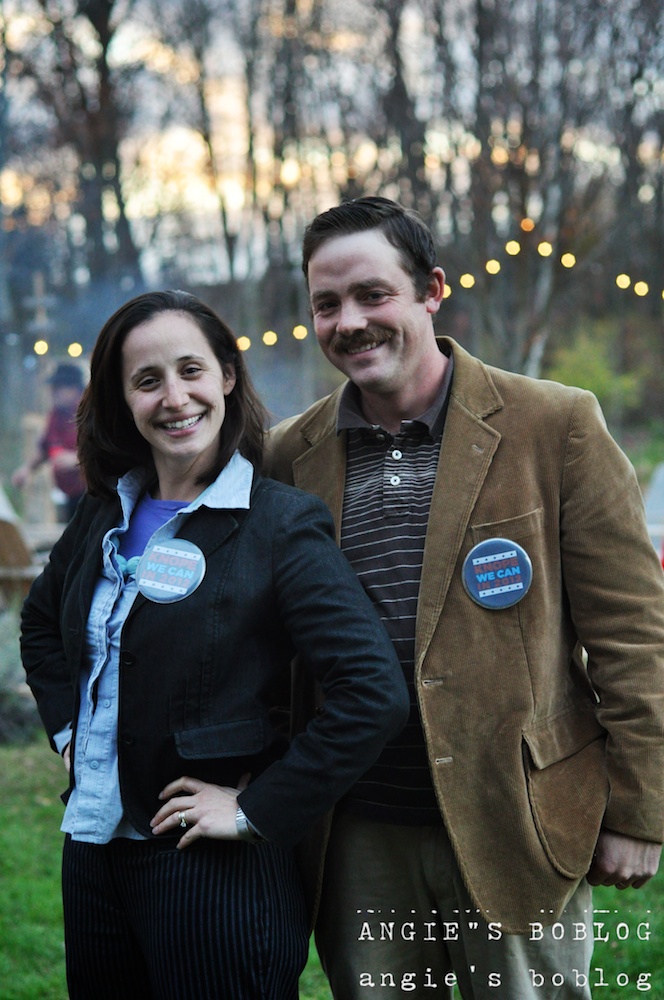 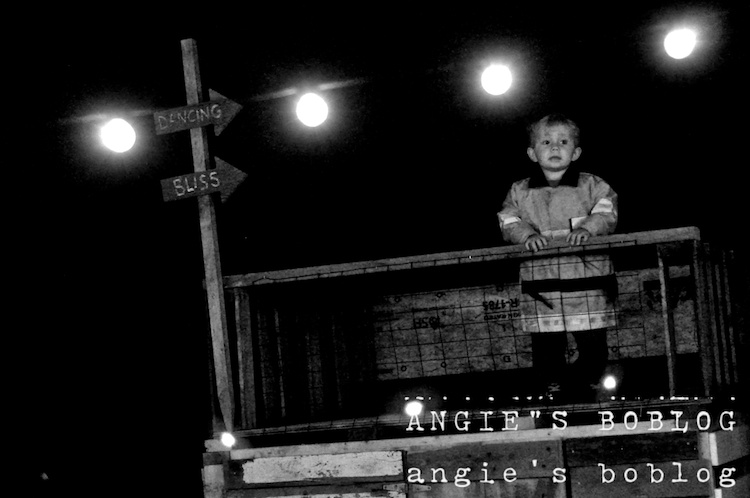 There were sparklers!  How dangerous and exciting! 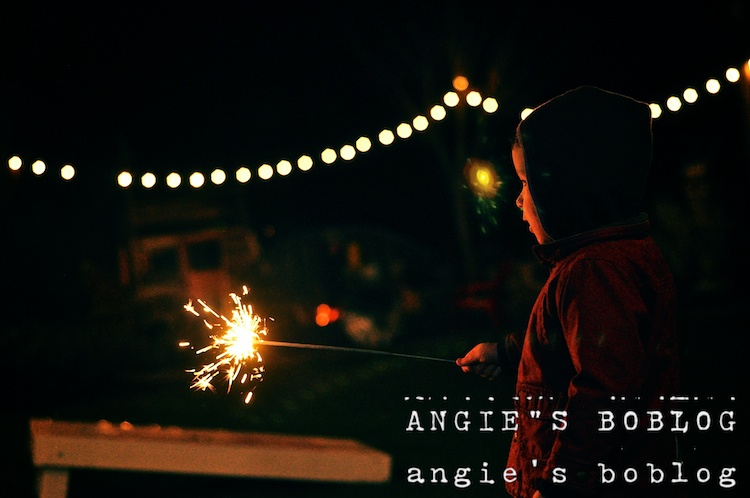 And I got to see my Jakie (and Marge, who escaped without a picture) for the first time in way too long. 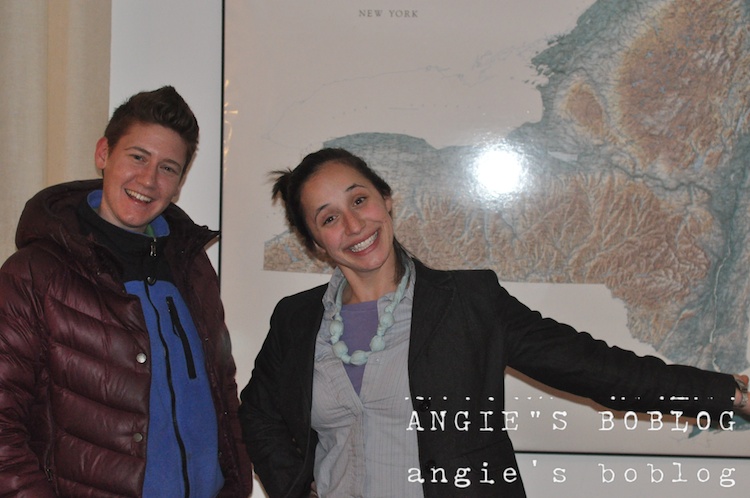 Bobby and Lincoln were so cute playing together -- chasing each other around and tackling and laughing and trading masks.  Bob kept saying, "I love you, Batman," or, "I love you, Spiderman."

And then the next morning he was all, "I love you, Lincoln."  So so precious.  He hasn't really been this way with any kid other than Owie before; heart-melting to witness. 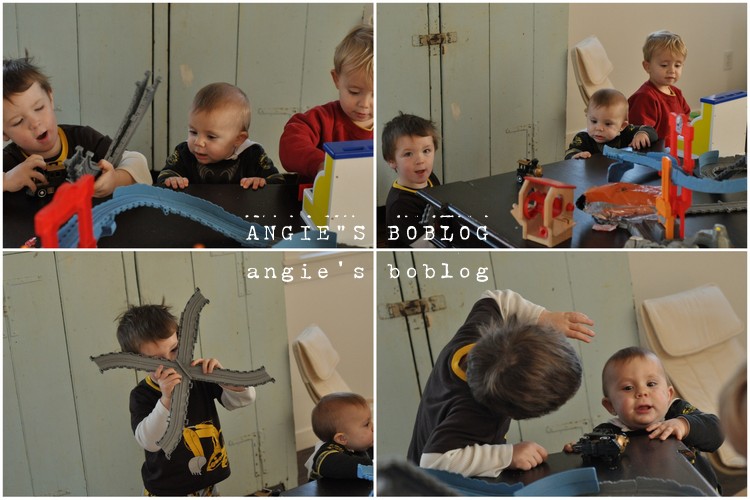 Bob and Owie both had fun playing with Lincoln's toys...

And a bouncy castle to boot.  What!? 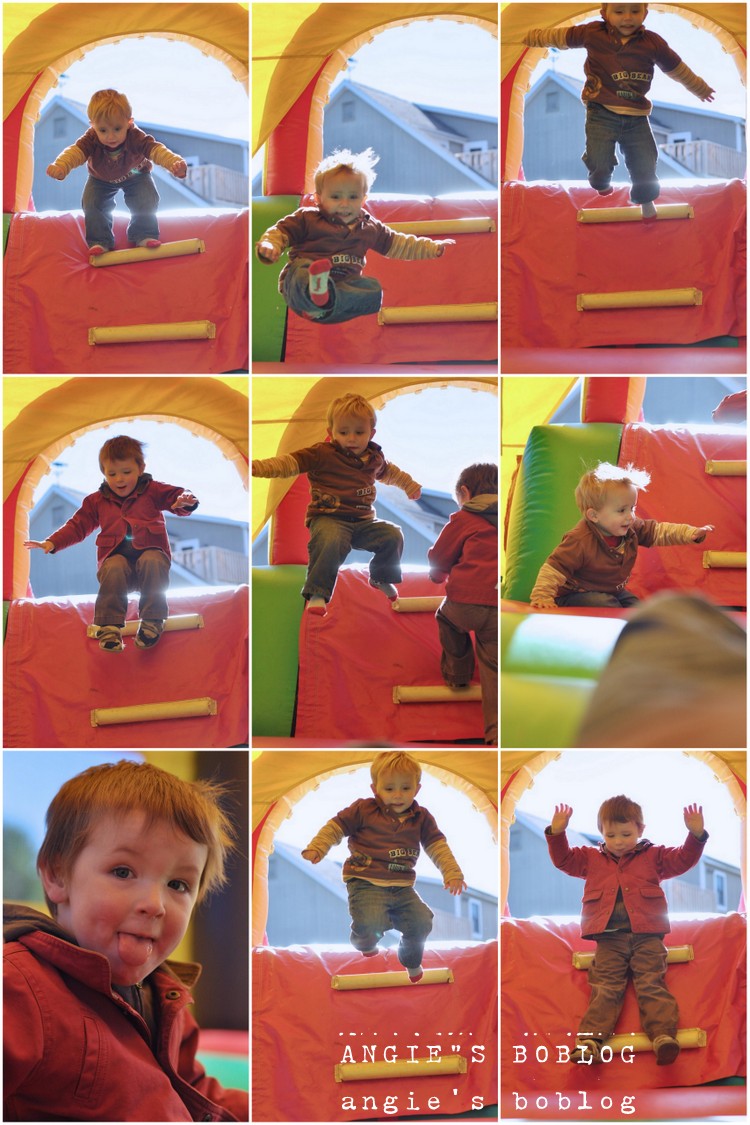 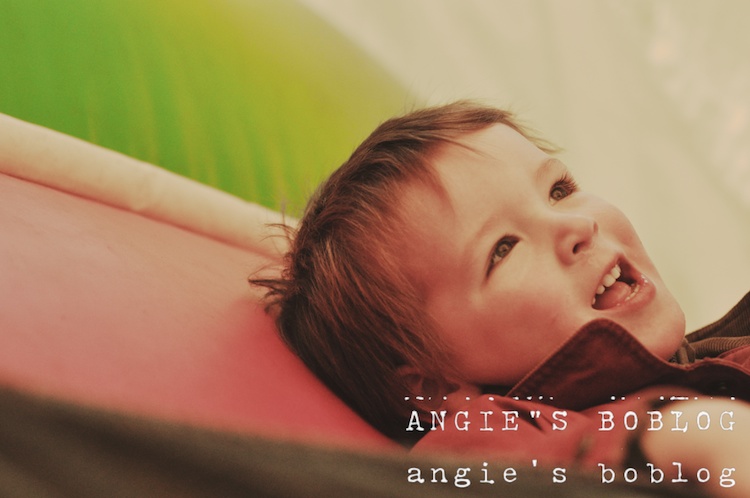 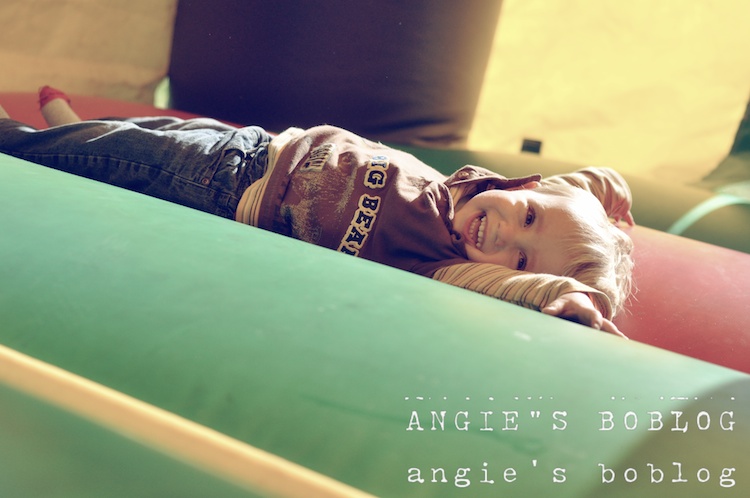 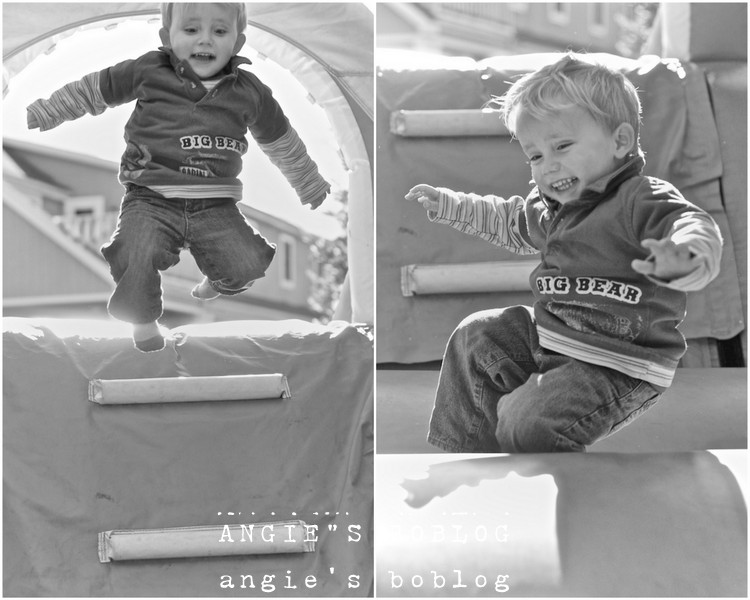 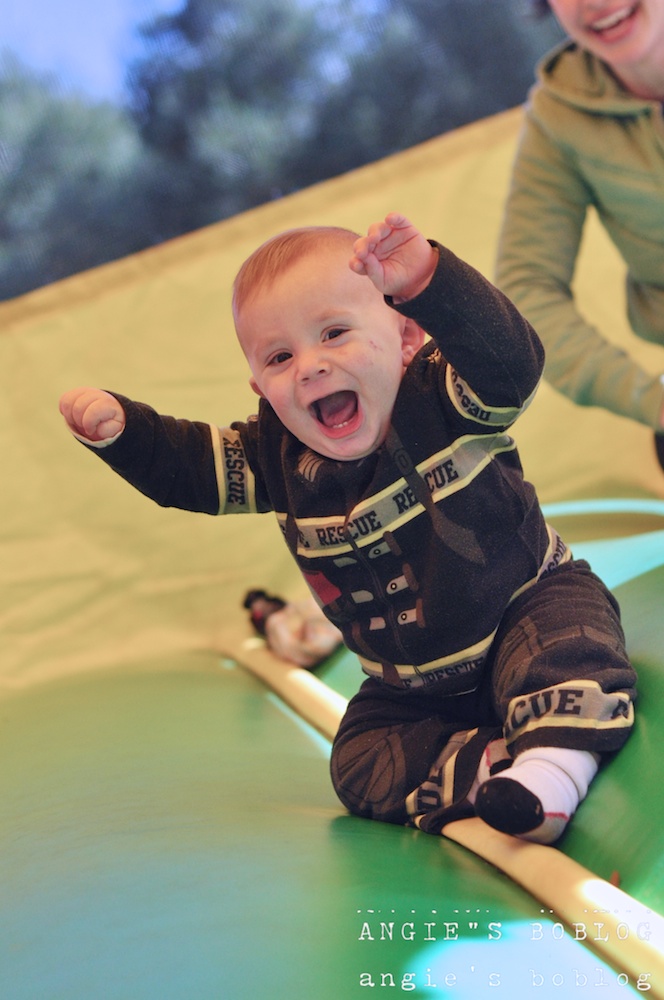 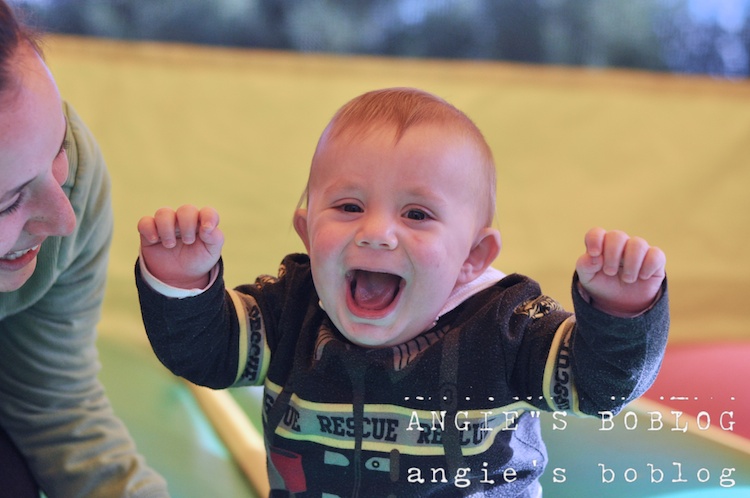 Posted by conveyableflow at 11:13 PM