Ben finally talked me into cutting Owen's hair.  Why do mamas have such trouble letting go of their little boys' locks?  Once this {below} happened, Dad was no longer having it.  So on Saturday we went for it -- set up a chair on the front porch and I gave all the guys haircuts for all drivers-by (all two of them) to see. 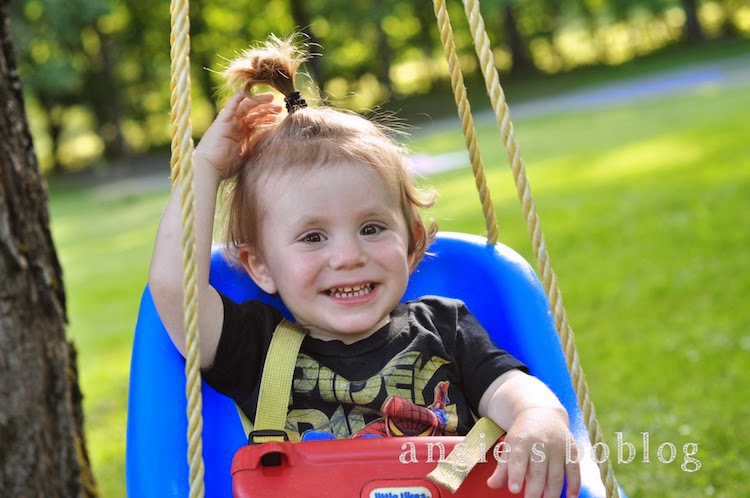 They never want their hair cut until there's a lollipop on the table, then suddenly they're not so against it.  Willing participants are much easier to trim.
Here's Oboe pre-cut: 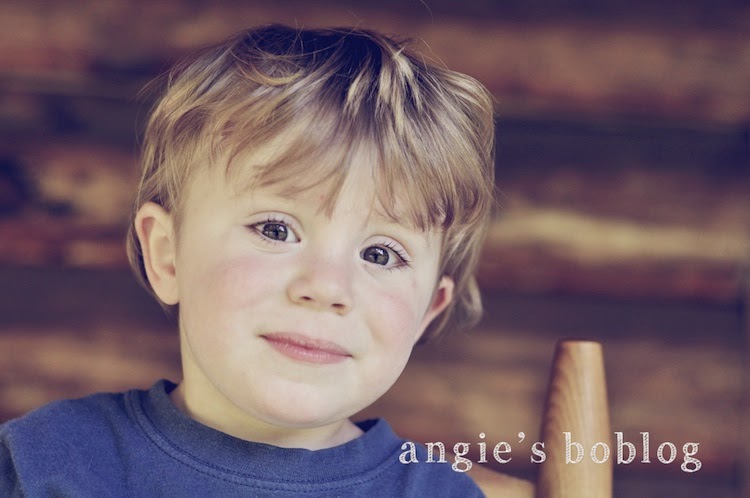 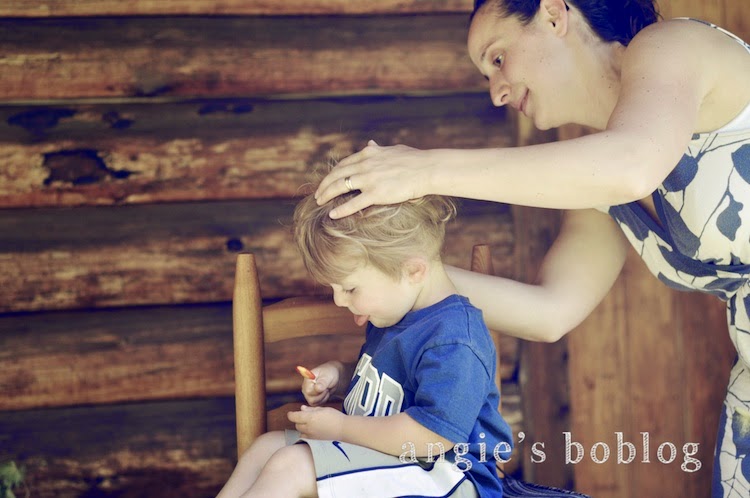 I sorta wish I'd left him with the punk rock 'do for a couple days... 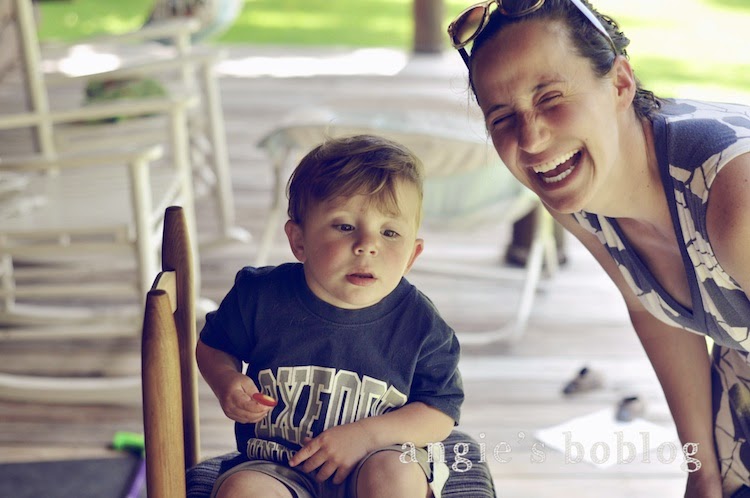 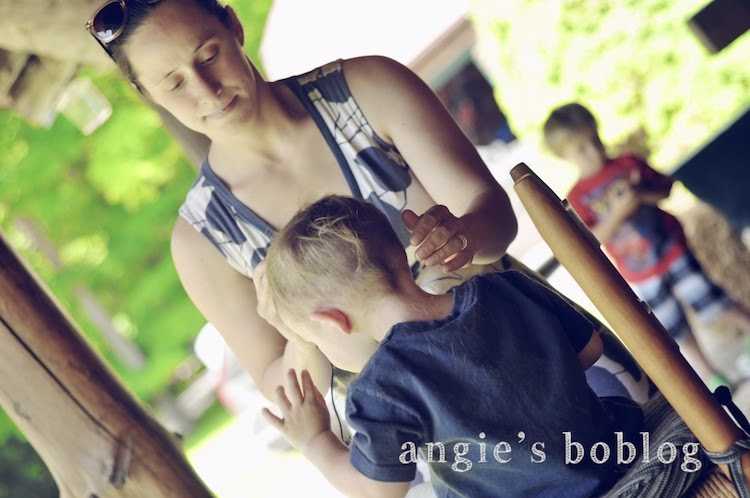 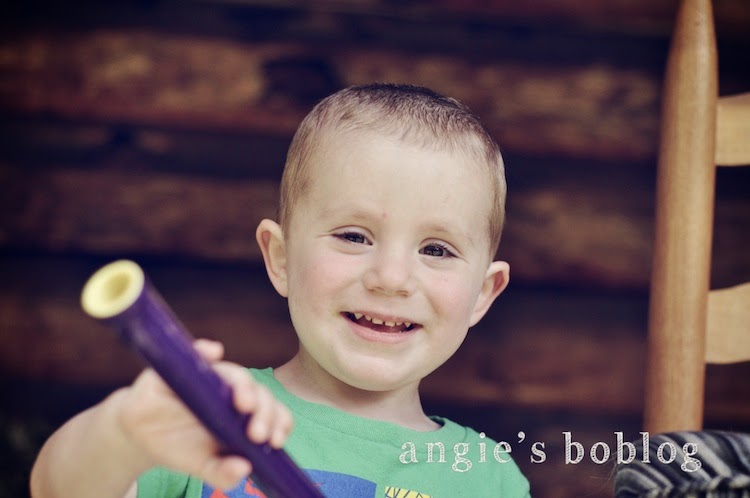 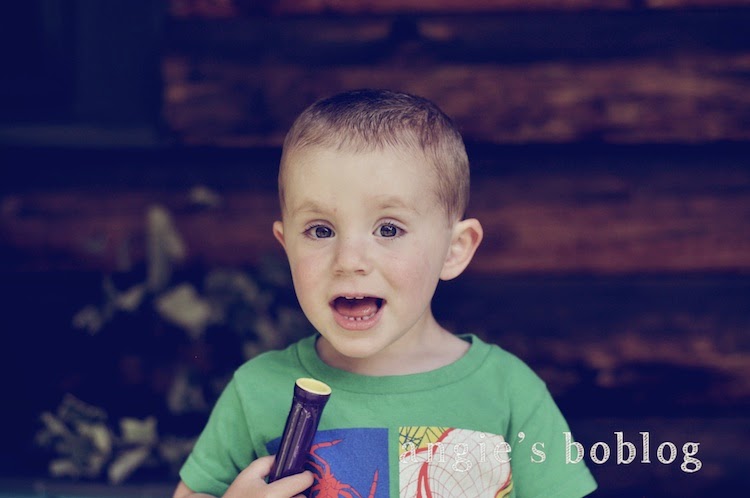 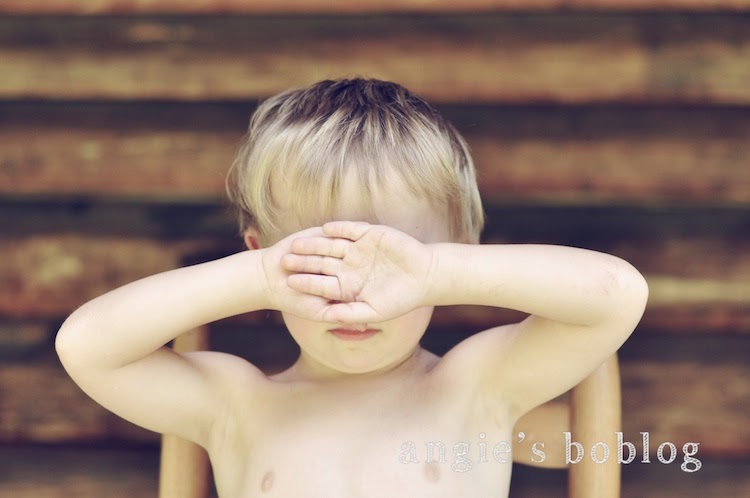 And after (telling me a story about a frog)... 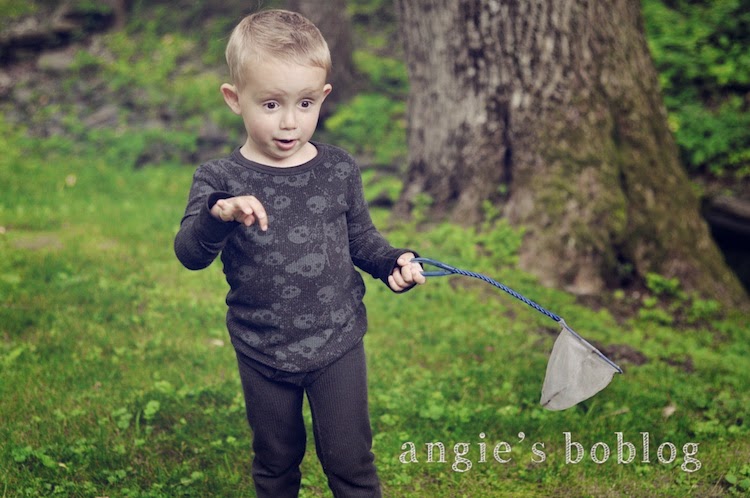 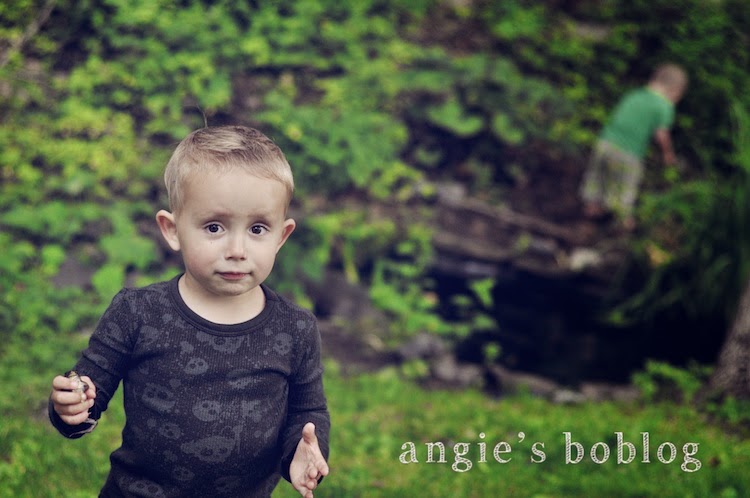 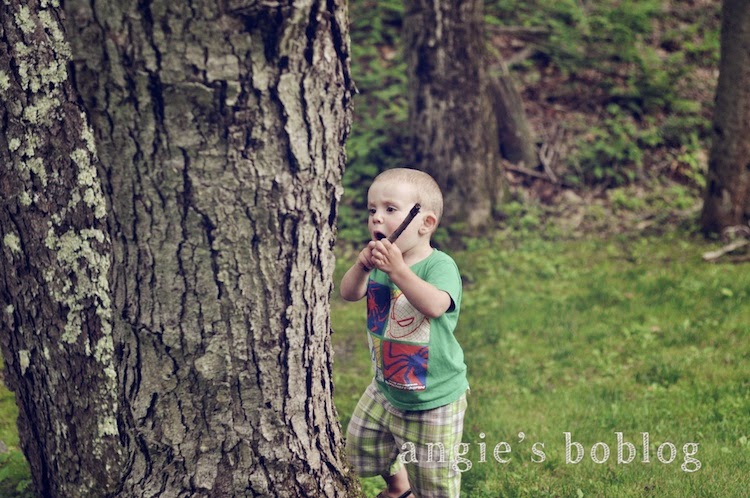 Now we've got two little shorthairs for the summer.  Ben says, "At least Owen looks like someone takes care of him now."  Tiny Gram says, "He's like a little man."  Bob says, "He looks like a baby."  And about his own hair Bob says, "It's ok if I get a haircut because my hair grows back in one day, just like Dad's beard."  I say, to me my boys are adorable no matter what mops are on their heads, but I must admit that now they look a little more groomed.

{Last year's cuts.}
Posted by conveyableflow at 8:16 AM