Bobby attended his very first wedding on Saturday (the first one he got to experience from outside my womb, anyway).  Ben's childhood best friend Andrew was married in Groton, Connecticut, to his lovely bride Lindsay.

I can hardly believe this, but I didn't take one single photo at the wedding.  I figured it would be better to have only Bob to worry about than to lug CB (camera bag) around as well.  What I really can't believe, though, is that I didn't even take a single photo of Bubbs in his wedding outfit.  So here he is redressed in his Timberland getup: 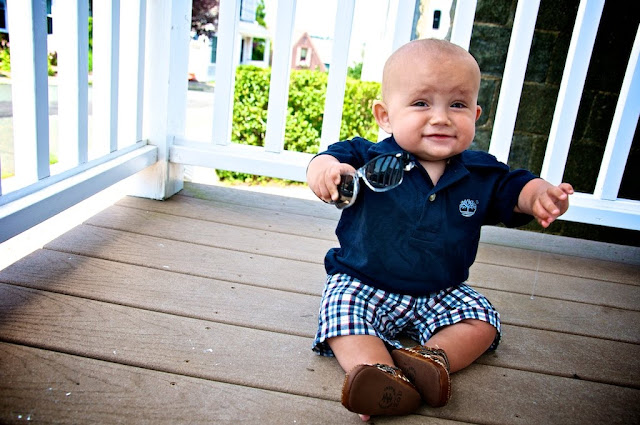 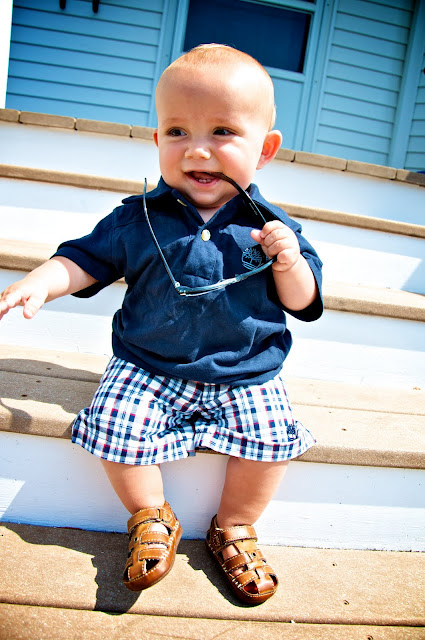 Anyway, the real reason this was such a special day for Bobby is that he really caught on to what clapping is all about.  (That or he's been faking us out all this time.)  At the wedding reception, when the bridal party was introduced, Bob took us by surprise and applauded with the group!  Whenever we try to get him to clap he refuses, and yet here at the most appropriate of occasions, without any prompting, Bobby clapped along with the crowd like he's been doing it all his life.  He wasn't blindly following everyone else's claps, either.  He listened with anticipation as the next set of names was announced, hands poised and ready to go, and at just the right moment started in again.
Every single new thing that Bobby learns is such a wonder!  He's grown from a tiny ball of cuteness to a real little person, and every new idea he catches on to makes him even more person-like.  To think that one day he will (we pray) cheer on his own little baby like we cheer for him just blows my mind.
Of course since we were in town Ben's mom and her husband David took us out to eat every couple hours, along with Ben's brother Matt, who was up from Memphis for the wedding.

Here's Bobby chugging some water at When Pigs Fly Cafe (see the mug on the left?): 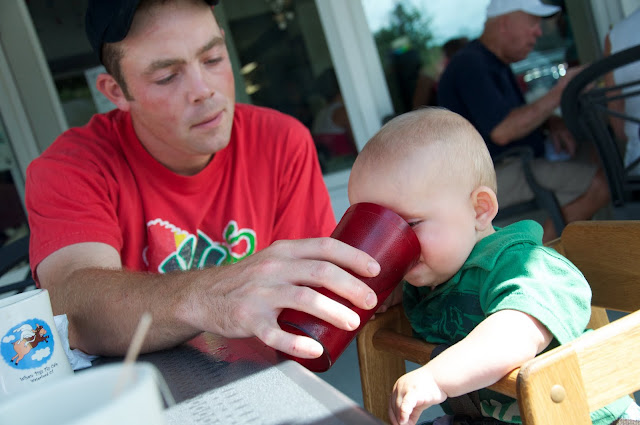 Relaxing to the music of the harp at the Fisherman (when the harpist stopped to take a break, Bobby turned around and stared at her, his eyes saying, "Excuse me, what do you think you're doing?"): 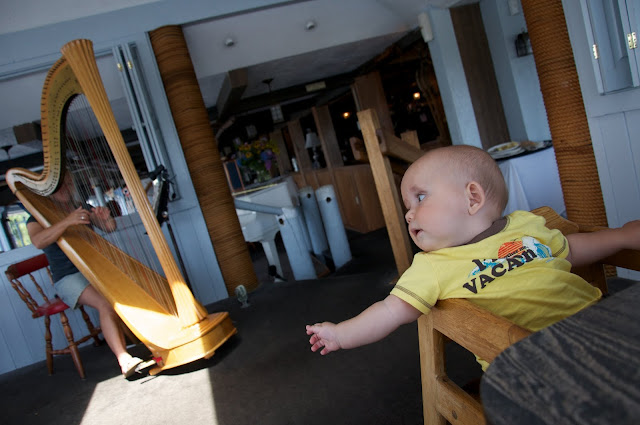 I have tons and tons of photos of Bobby, but not so many of the three of us (this one's taken with the self-timer, using the Neon as a tripod): 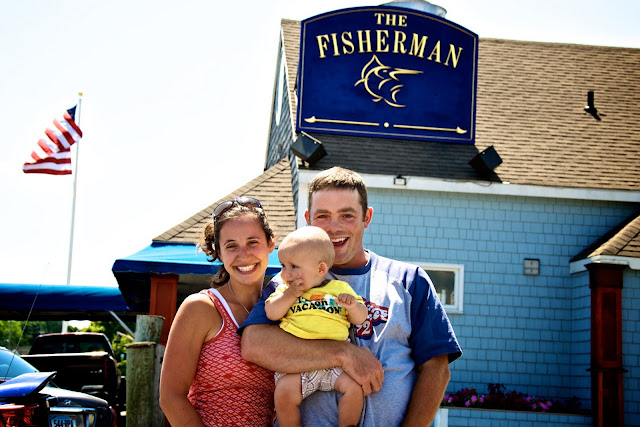 And here's Bob in the pillow fort we constructed for him to sleep in at the hotel: 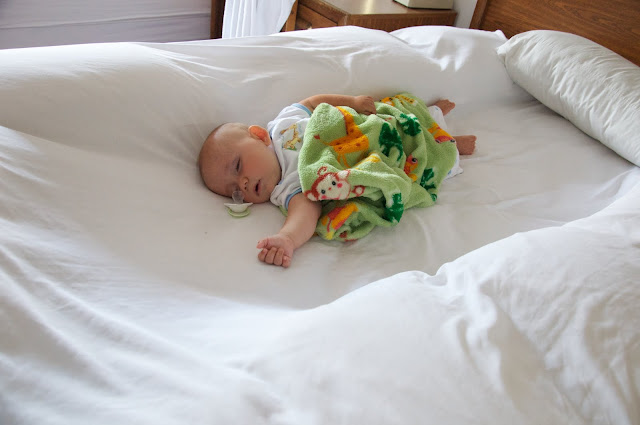 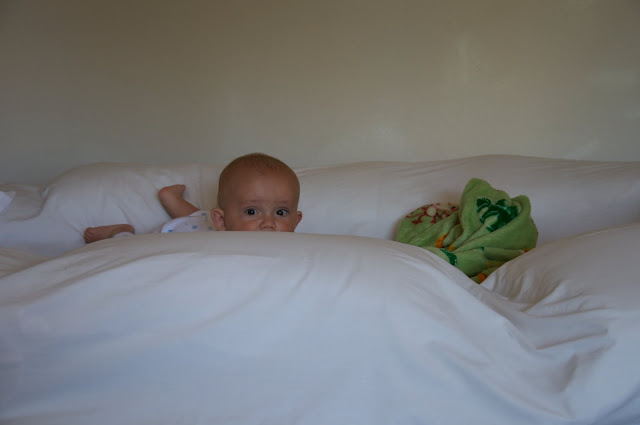 Worked swell, by the way.
Posted by conveyableflow at 11:23 AM