Poop on the playground

Bobby's favorite thing to do at the park nowadays is play with the wood chips.  He loves them so much, what's the harm, right? 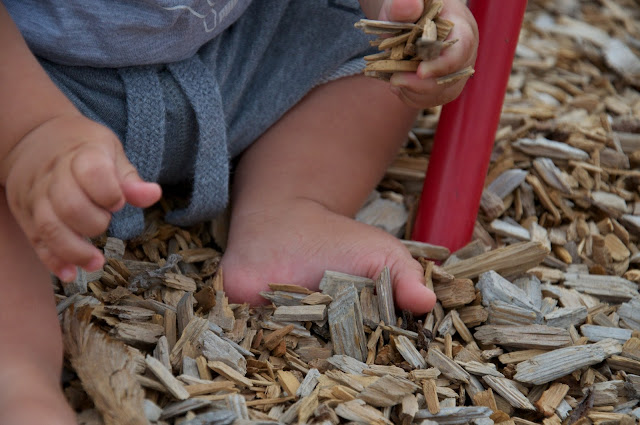 Yeah, except the other day when he was playing with the wood chips directly beneath the jungle gym, I looked away for a second and smelled a waft of poo in the air.  When I looked back at Bob, he was HOLDING a piece of DOG SHIT with wood chips stuck all over it.  (Pardon the profanity, but I don't think "poo-poo" has quite the right effect here.)  I screamed and knocked it to the ground, but it was too late -- my baby already had dog poop on his fingers.  I washed them off under the spigot at the park, but I had to walk all the way home pinning Bobby's hands to his sides to keep him from putting them in his mouth.  So disgusting.  Maybe I shouldn't be letting him play in the wood chips.

But really... Who, first of all, lets their dog poop in the children's play area, and second, doesn't even pick it up!?  I'd like to rub some poo in that person's face. 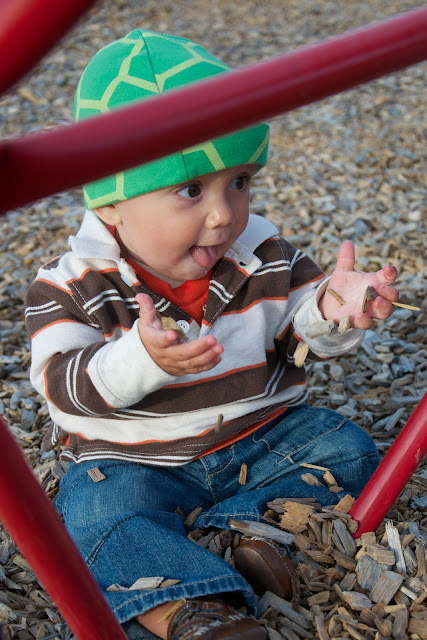 PS.  Are you surprised I didn't take a picture of Bob holding the poop?  I'm sure Ben is.
Posted by conveyableflow at 9:15 AM