I missed Bobby's 7 month birthday while we were in Jamaica; in fact, I didn't even think of it until the trip home when I saw the date on my airline ticket and realized that he was a full seven months old!  Funny how the first six months you're all over the anniversaries of your baby's entrance into life and your entrance into parenthood, and then suddenly it's, "wait, this kid wasn't always here?"  So, even though I'm more than a week late, I'll just offer a few random notes on my babe's latest:

1.  Bob's getting his fangs in!  (Yes, I know that's not the correct term, but that's what I called 'em when I was a kid and I'm sticking with it.)  He's also cutting another tooth on the bottom, and I'm sure a fourth will soon follow.  Seems like he'll have a full mouth of teeth before long... I get a little nervous now when he anxiously goes after my boob, but so far no major injuries.

2.  Bubbs does this new little scrunchy face smile which has probably become the new cutest face I have ever seen. 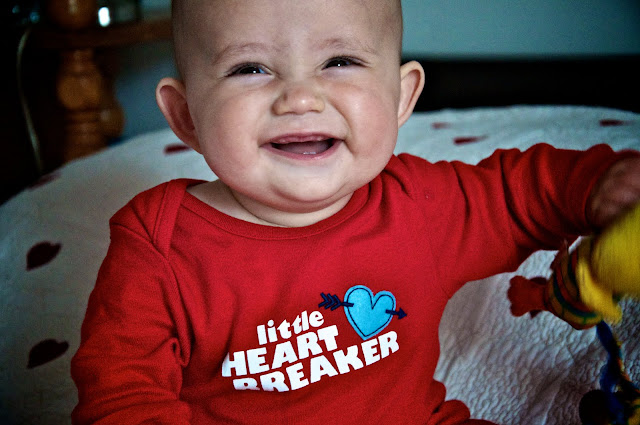 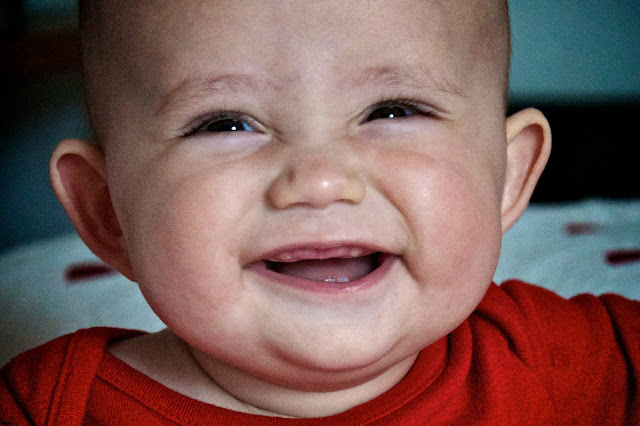 3.  Another new development that came along with scrunchy face -- my son throws hissy fits now.  When he gets mad he does the scrunch with his face, breathes hard and fast through his nose, waves his arms and smacks whatever is nearby to hit.  The first few times I couldn't help laughing, but I suppose I should get serious on this before he gets accustomed to doing it.
4.  I'm pretty sure Bobby does the sign language for milk/nurse.  The only reason I'm not positive is that the motion is so similar to his wave, but I think I can tell the difference.  He's done it quite a few times when he starts to get hungry and agitated, and when I do the sign back and say "Do you want to nurse?" he gets excited and flaps his arms.  So, seems like he's onto it.  That's the only sign I've been doing really, so I guess I should start using more...
5.  Bob doesn't crawl yet.  I actually think his thighs are too short and chubby to allow him to get up on his knees.  Instead he rolls around and pushes himself backwards or in circles.  If only he could learn to move forward he would get where he's going a lot quicker.  This is becoming a problem when he's in his crib: 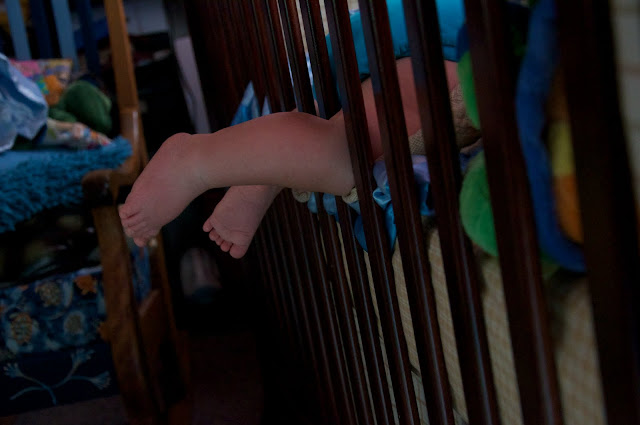 6.  He's pretty darn good at playing by himself.  He sits or lays with his basket of toys and takes them out one at a time or dumps the whole thing onto the floor or himself -- until he gets sick of that and starts rolling around looking for non-toys to play with.  Packages of diapers are his favorites.  He likes to hold one toy in his mouth while he plays with others or rolls around. 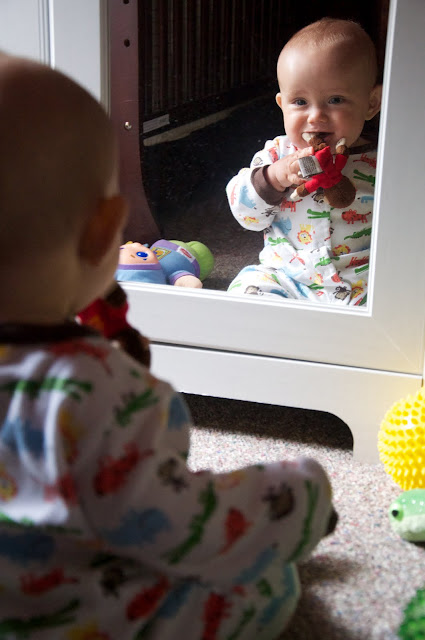 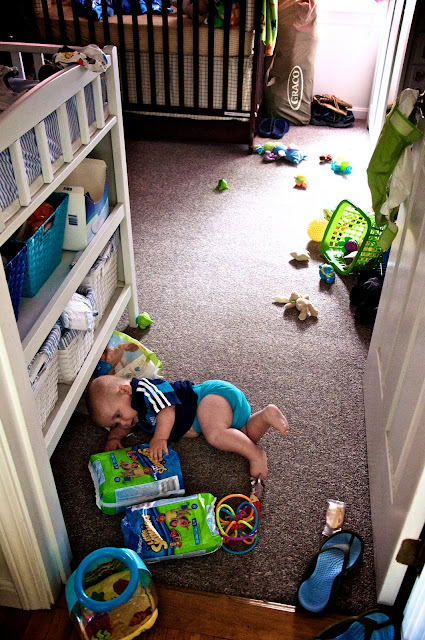 7.  He says da-da-da and Bob-Bob-Bob.  That is pretty friggin cute.  Can't wait 'til he's trained to respond to, "What's your name?"  He also seems to enjoy panting like a dog.
8.  Yesterday I put some tiny objects on the floor in front of Bobby to see if he could pick them up.  He grabbed all of them no problem, even pinching some of them between his thumb and pointer finger.  I think he's about ready for finger food...
Seven month "birthday" in Jamaica: 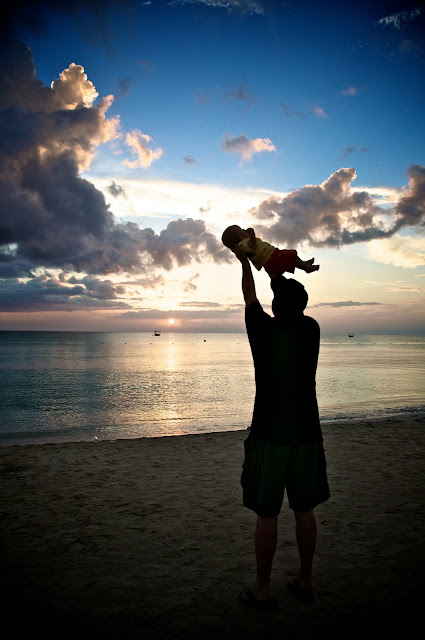 Posted by conveyableflow at 10:56 PM