On Saturday the 5th (take two) we woke up at 2:30am, left the house at 3:15, and made it to our 5:30am flight with time to spare.  I think Bobby matured a lot in these two early-morning trips to the airport; he seemed to think he was very important being a world traveler. 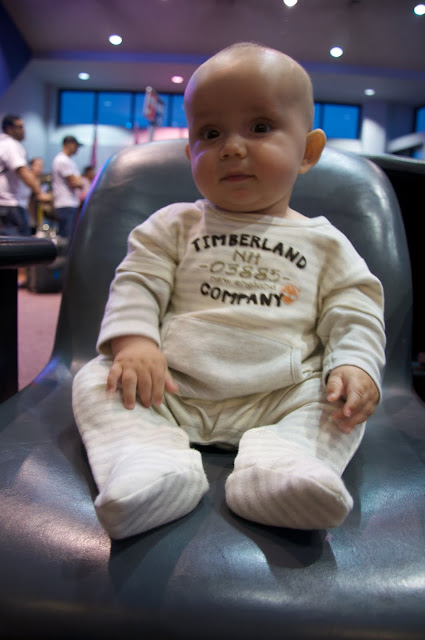 In the plane he slept on my lap for a while... 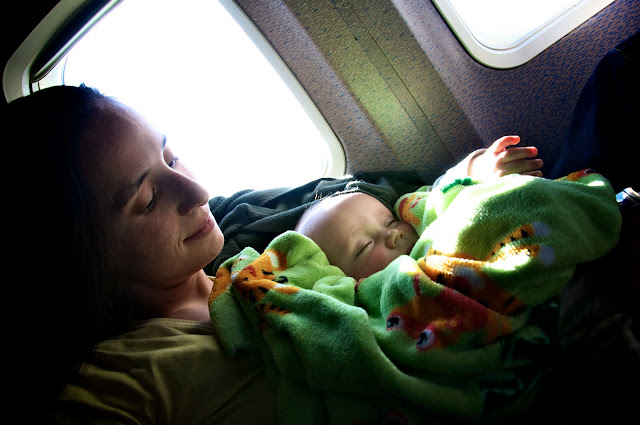 He awoke from his nap feeling good and had a grand old time for the rest of the flight. 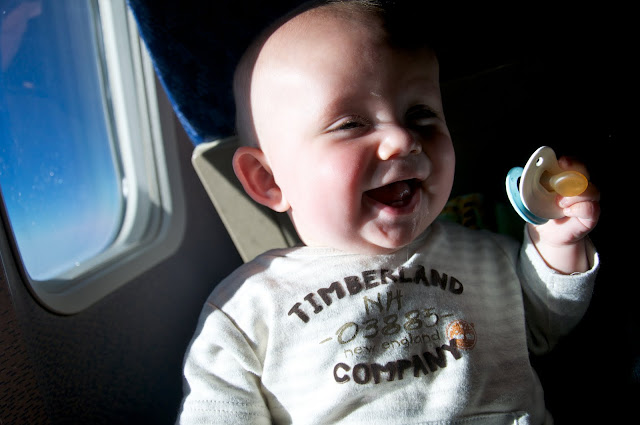 During our layover in Miami he entertained all of the other people traveling to Jamaica: 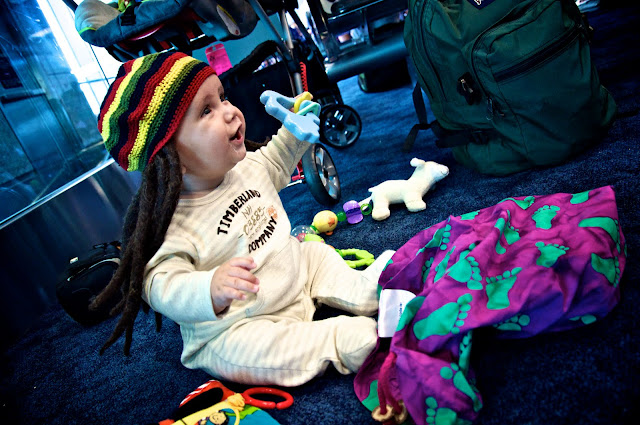 When I thought about how crazy the roads and drivers are in Jamaica, it seemed ridiculous that we considered not taking the car seat with us.  We purchased one of those frame strollers that the car seat snaps onto to use in the airport and at the resort -- it worked perfectly.
Here's Bob waiting for our shuttle to leave.  That pink airline tag ended up being his new favorite toy.  Seriously.  It's still on there. 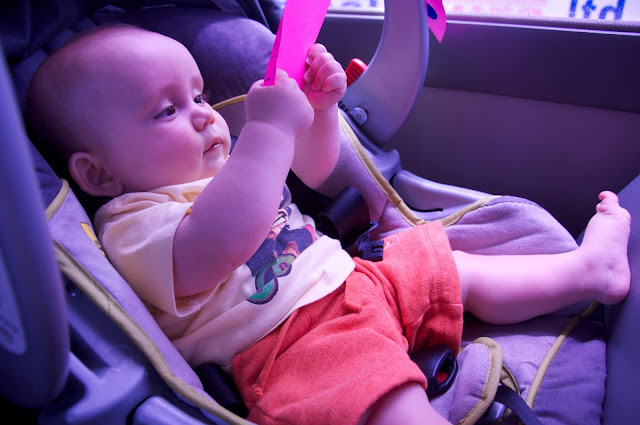 Our "major award" consisted of three nights at any Beaches or Sandals resort.  Since we opted to take Bob along, that meant we had to choose Beaches, and since we love Jamaica and we love water slides, Beaches Negril was the obvious choice.  We were a little worried that Beaches wouldn't live up to the expectations that Sandals had set for us, but honestly while we were on our honeymoon we would have loved a lazy river and some slides.

When we arrived at the resort we checked in, went for a swim, and returned to our room to chillax for a bit. 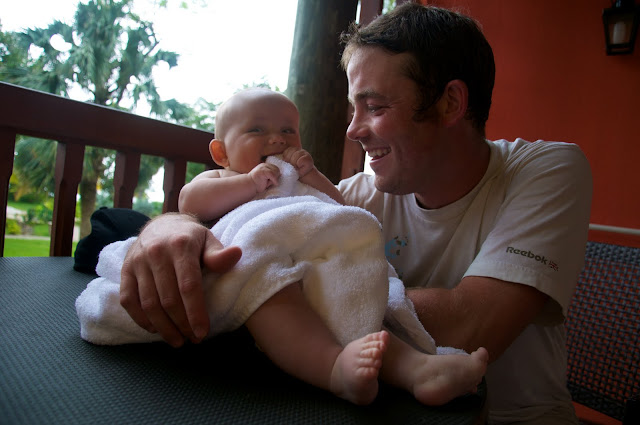 We walked the beach and swam again at sunset. 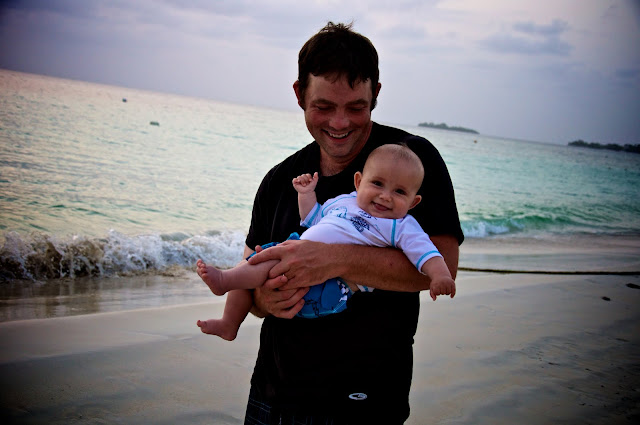 After our sunset swim we showered and went to dinner, then we walked the resort while Bobby slept in his stroller.  It was like we were on our honeymoon again, except that we had a little tiny cute needy person with us all the time.

Here he is passed out in the hotel crib at the end of our very long day: 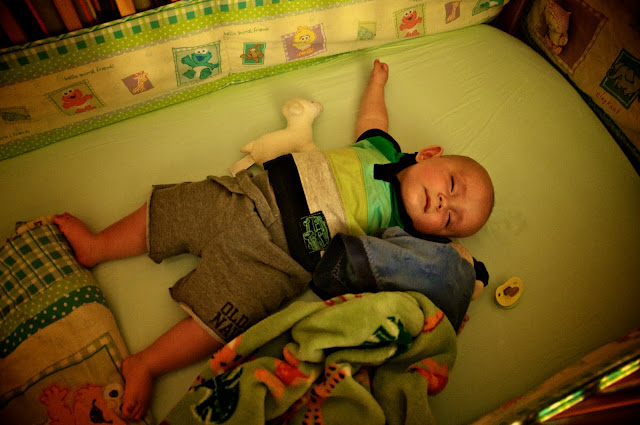 Want to see Bob's suitcase?  I think I could have packed about half of this and we would have been okay.  But I really didn't know what to expect, so, whatever... 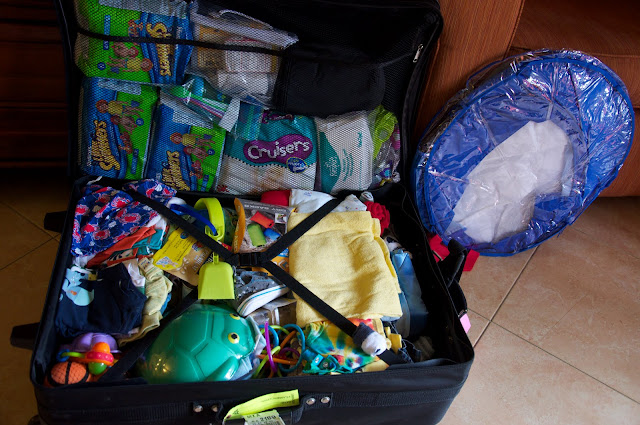 Part three tomorrow I hope...
Posted by conveyableflow at 12:14 AM