I have plenty to write about our vacation for sure.  But I wrote in the newly instituted Burgess Family Vacation Journal while we were in Jamaica, so I can get to that later.

The trip home yesterday was smooth.  Tyrone, the best taxi driver in Jamaica, picked us up at our hotel at 5am.  The only good thing about getting up at that ridiculous hour is that it is so beautiful; the drive was amazing.  As Tyrone reminded us, everyone who comes to Jamaica watches a Jamaican sunset, but not many witness a Jamaican sunrise.  Of course I asked him to stop somewhere so I could take photos.  We stopped only once because, even though I wanted to stop a second time when the light was far more perfect, and even though Tyrone and Ben both said it would be fine, I refused to let them stop for fear that somehow we would miss our flight due to my nonstop photographing.  As I watched the light transform from inside the taxi during that rare moment when everything is just right -- the setting, the water, the clouds, the position of the sun -- so that the light was just amazing, I felt my deep photographer's regret.  The reason I carry my camera everywhere.  Almost no exceptions.*  Because I don't think there has ever been a time I haven't regretted it.  We had plenty of time; I should have said, "yes, please stop," instead of, "no, it's ok, I promised Ben one stop only".   Oh well; next time I'll remember. 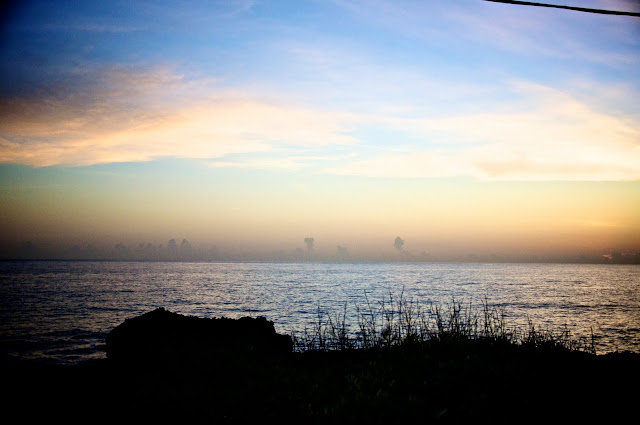 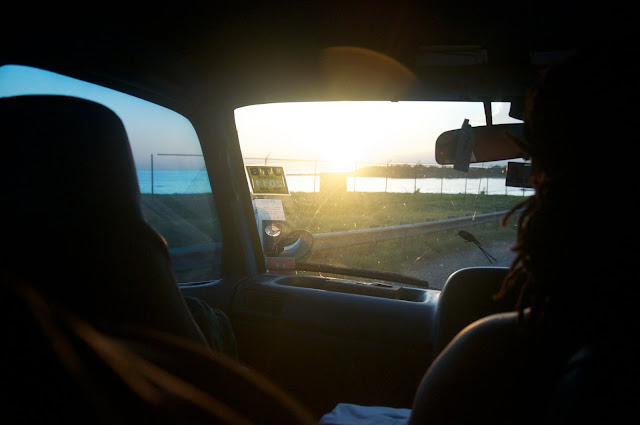 *I say "almost no exceptions" above because I do try to make intentional exceptions occasionally.  On our last afternoon in Jamaica, I brought Bobby down to the beach for a while, just me and him and his floaty, no camera, no worries about capturing the moment -- just living in it.  I should do it more often, I know.  I need to start being more intentional about putting away my toy for a while here and there and just being with my loves and relishing the light with my eyes only -- no lens.

So... no problems catching our flights.  My boss convinced me that we should bring Bob's car seat just in case there were open seats on the plane, and I sure am glad we did.  We were able to finagle a spot for him on both legs of our journey, which certainly makes for more comfortable travel for everyone.  Bubbs slept most of the way.  Except for traffic coming home from Logan, the whole day was pretty much perfect.

I'll probably come back to post more photos here, but for now I just want to get this out...

Anyway, all of that was meant to be just a segway into what I really wanted to write about today...

As much as Bob seemed to genuinely enjoy our vacation and all of the new places and people and toys and activities, we were surprised at how excited he was when we got home.  I put him into his jumperoo and he jumped with more energy and joy than ever before.  We put him on the floor in his room and he looked all over the place with a big smile on his face, then he started reaching up for his crib.  We sat him in the crib and surrounded him with his favorite stuffed animals that were left behind, and he smiled and sighed and smushed his face into them and talked to them.  It was all incredibly sweet.  It seemed like he had resigned himself to that fact that he would never see his home again, and was overjoyed when he got everything back.