Owen loves escaping mid diaper change and climbing up onto everything he can. 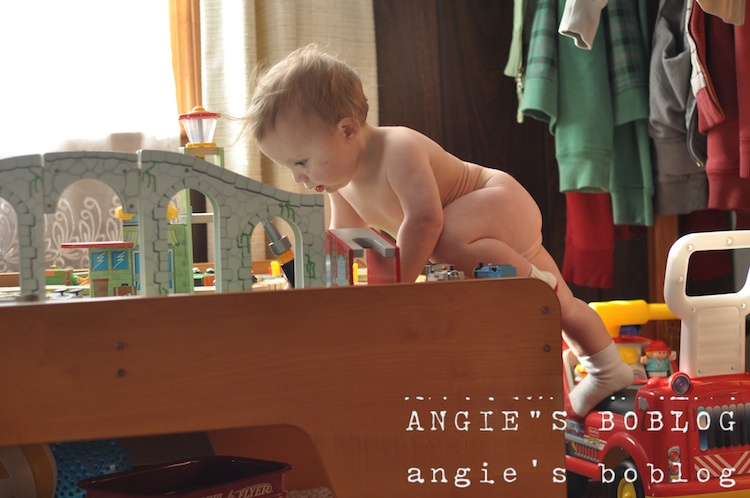 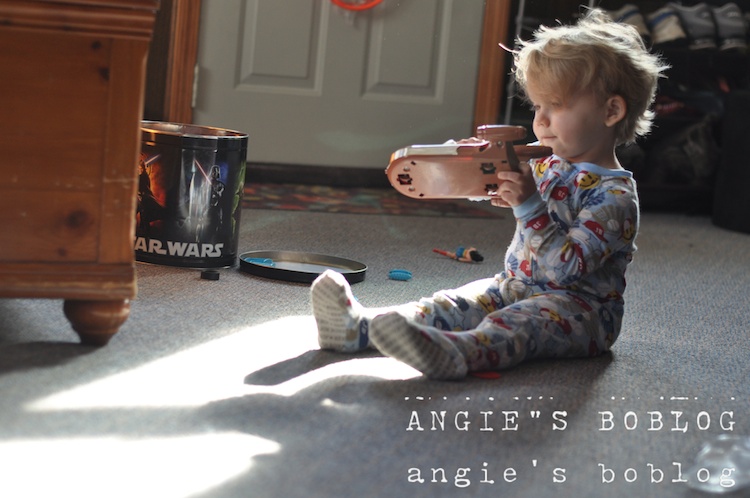 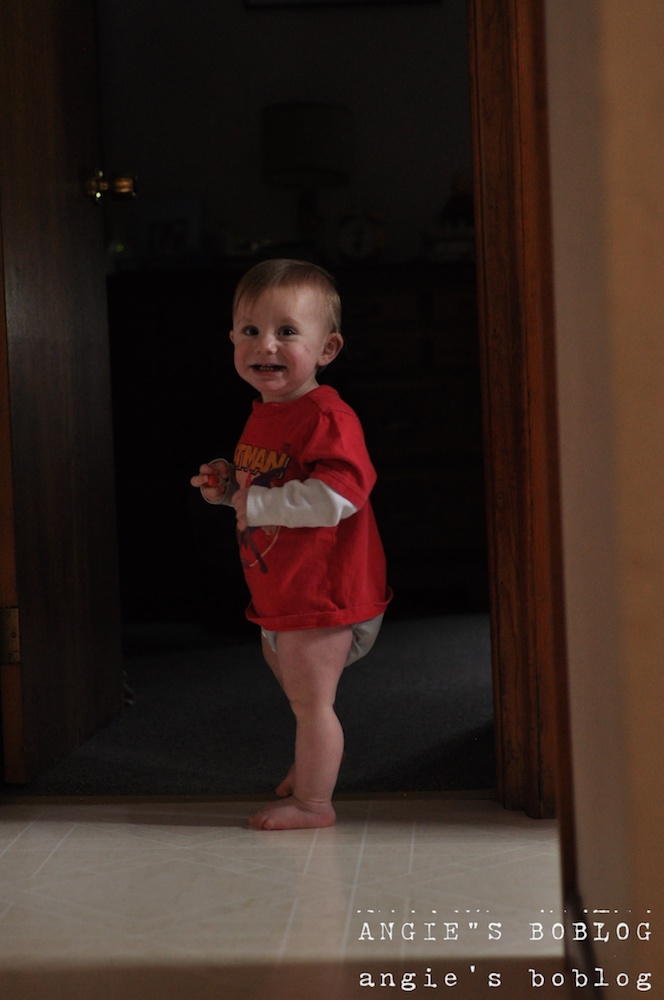 Bob found this toy chainsaw outside and, well, you can see how happy he was about that. 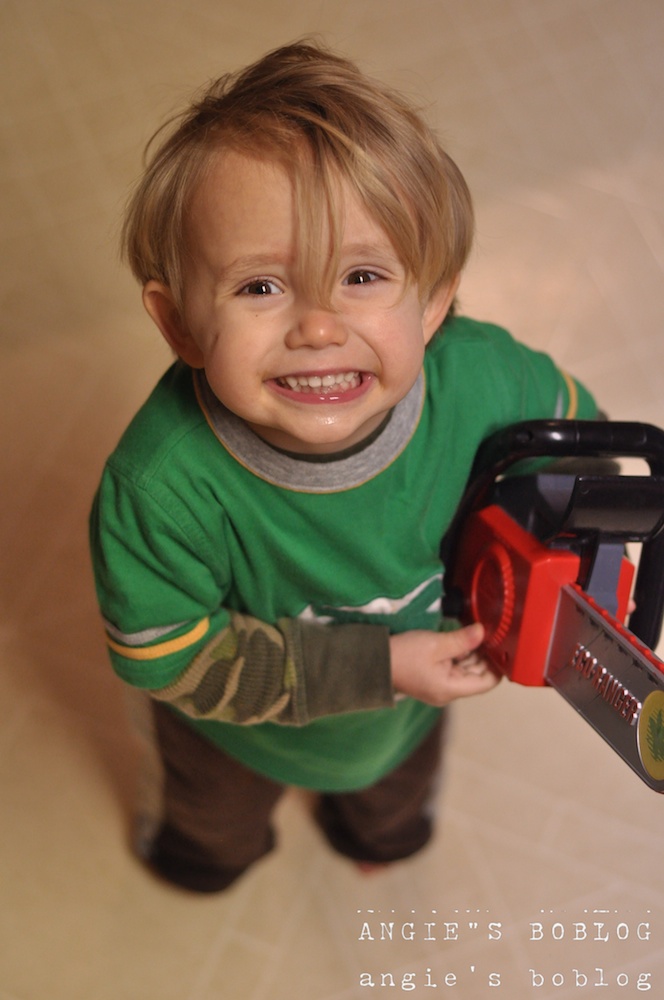 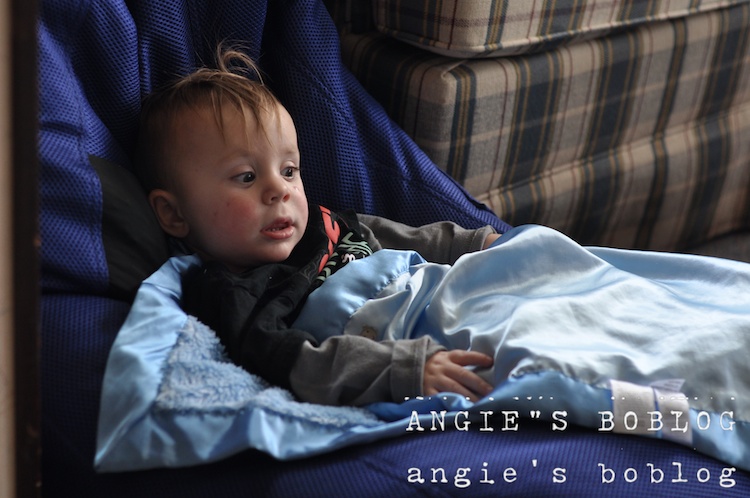 Yes, my son thinks he is a dog. 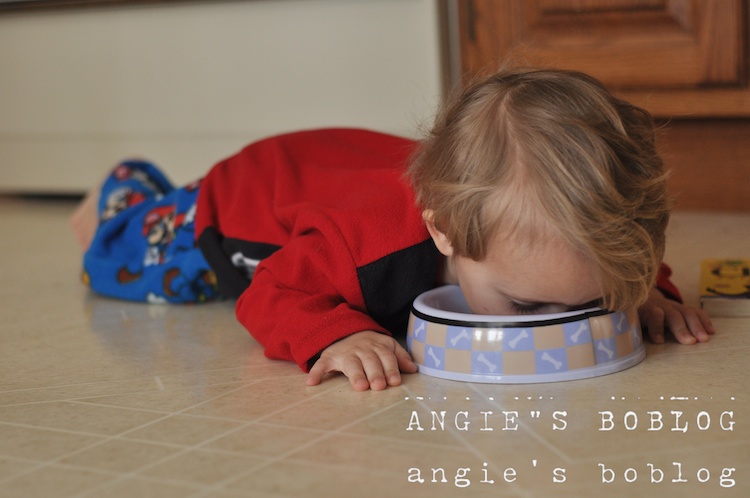 Owen thinks he is absolutely hilarious when he steals Bob's blankie. 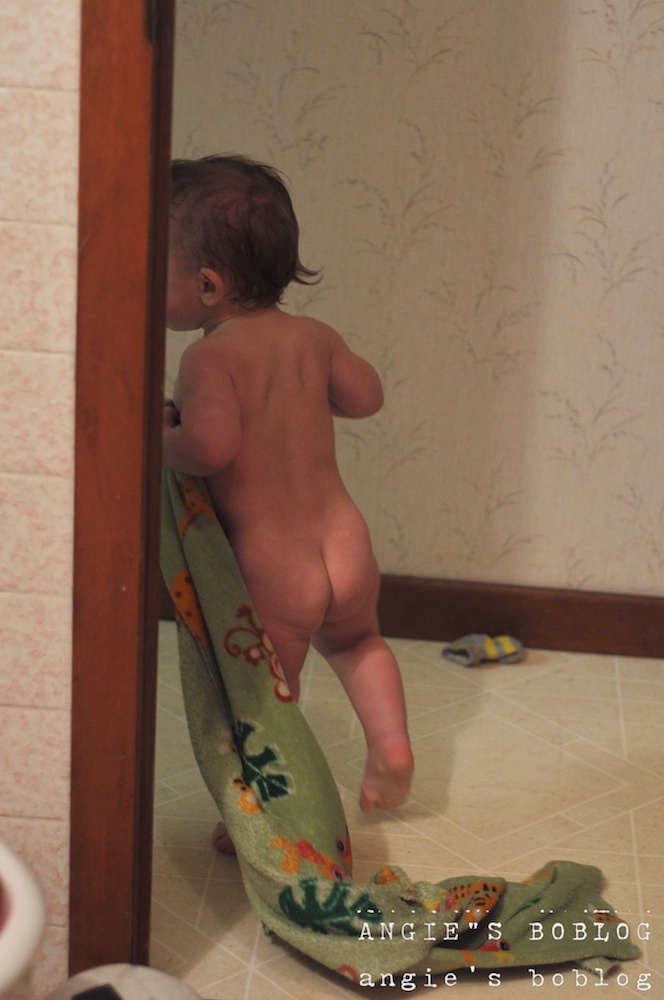 "Batman" has been known to rock these jammies for 48 hours straight. 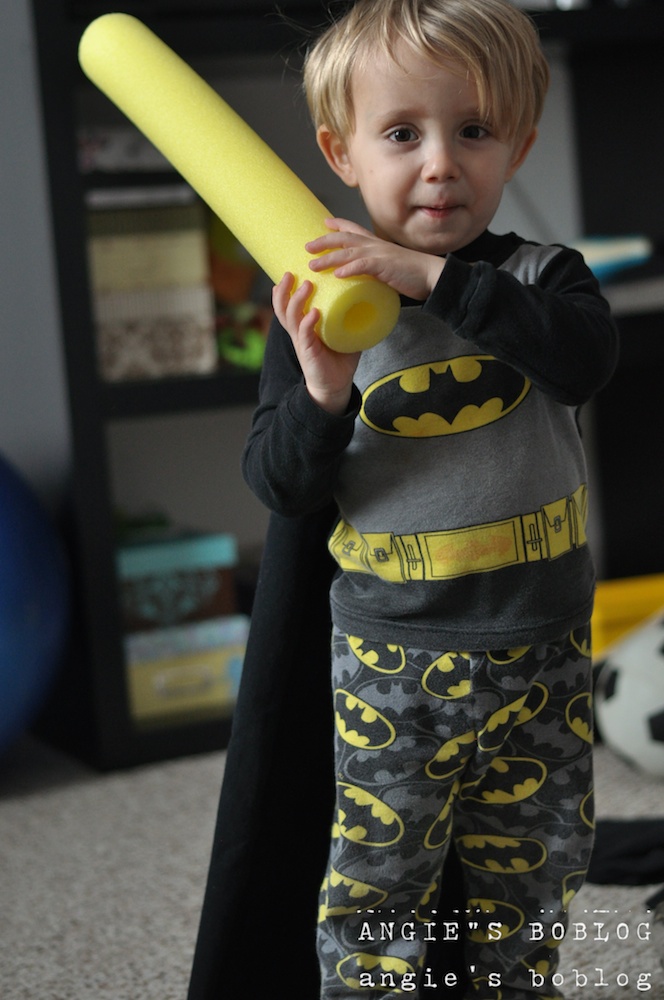 Owen is just about as obsessed with playing fireman as Bobby is. 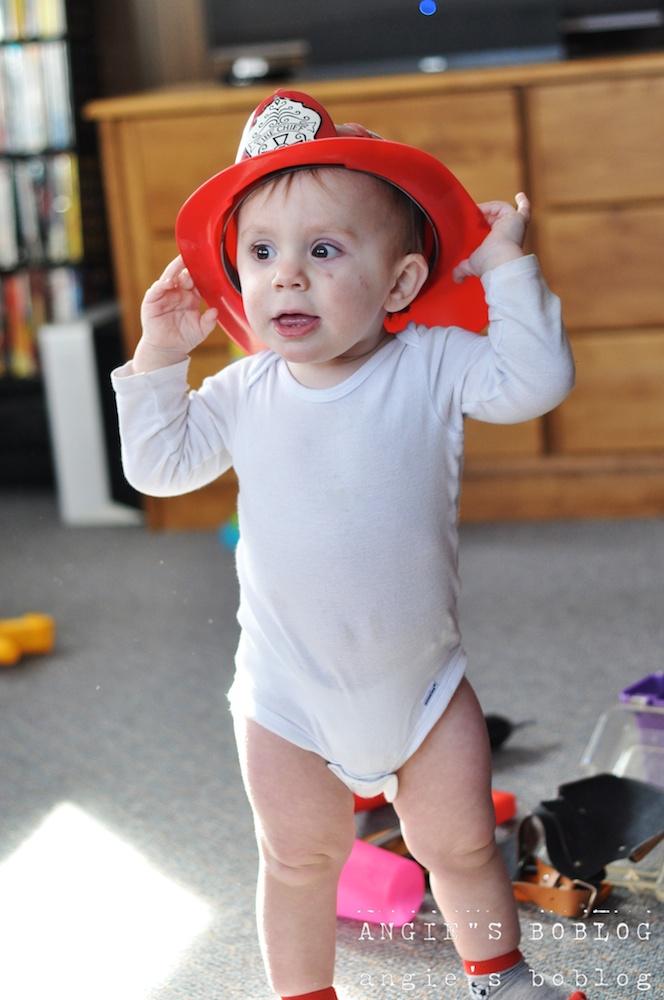 Bailey came to play on Sunday, and both pups were thrilled. 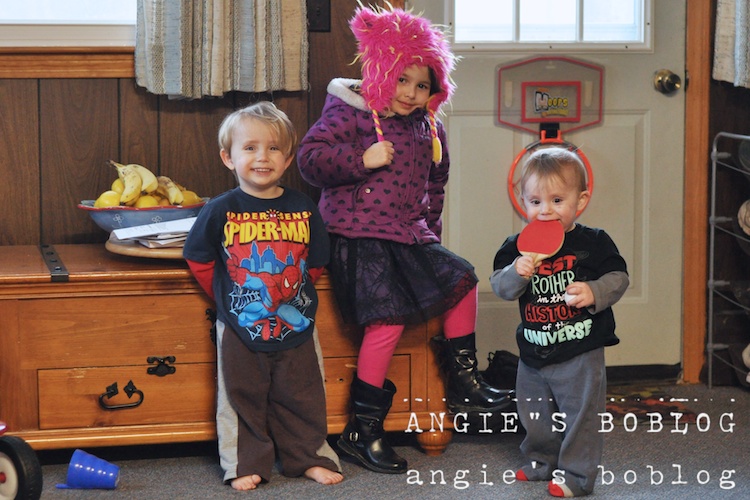 Taking care of their babies. 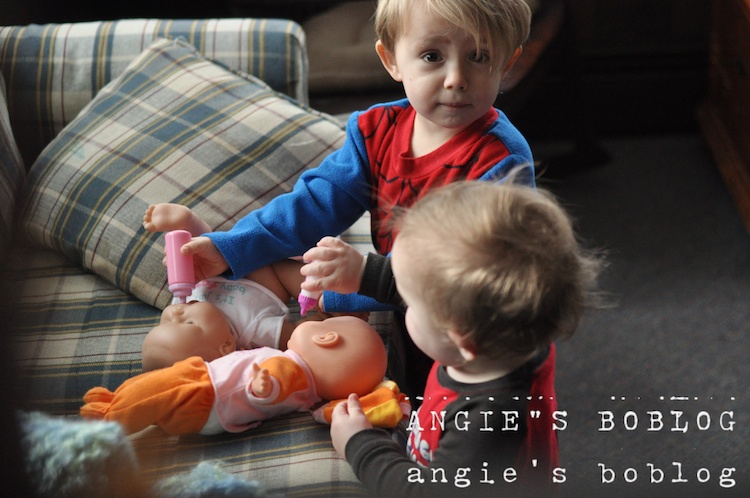 Lots and lots of rock box time lately; Owen's allowed in now and it's one of his favorite things to do.  He goes over to the box and pats his chest to say "please" and I almost always oblige even though he almost always makes a huge mess. 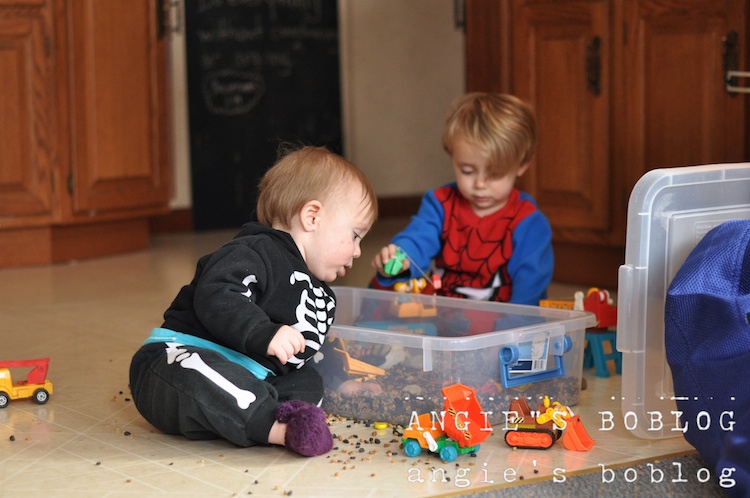 Dumping milk is so much more fun than drinking it; especially when you can just snag some boobie time a little later. 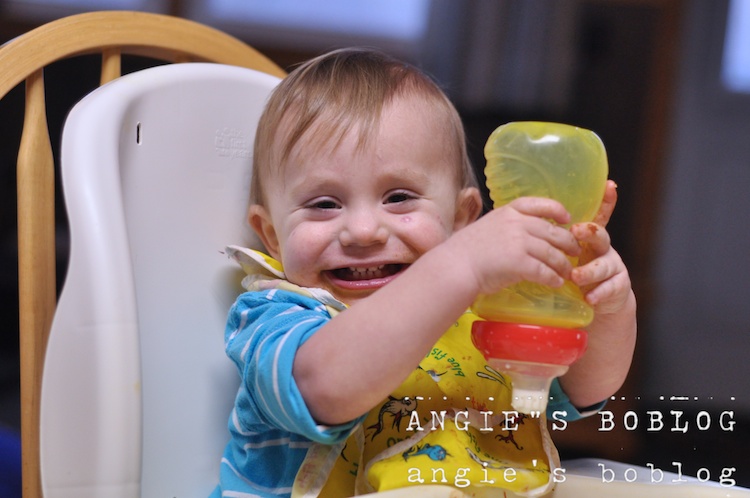 That's our lately; low-key but lovely.  How's yours?
Posted by conveyableflow at 10:28 PM