Exactly six months ago we were here: 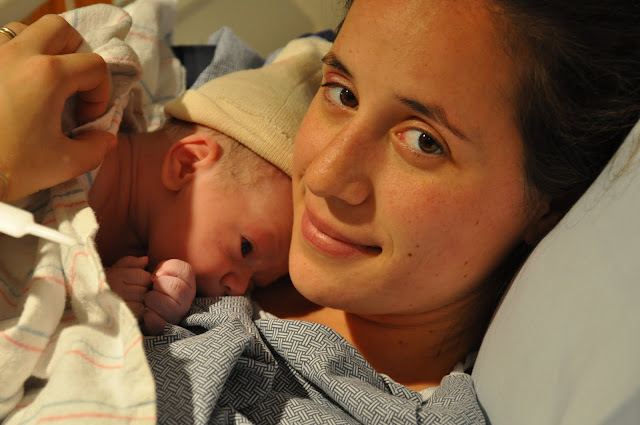 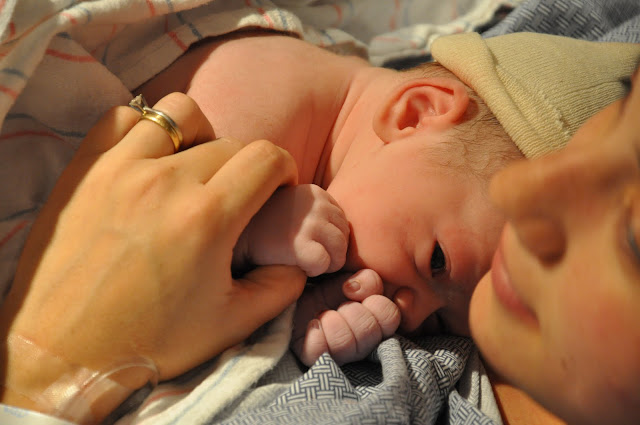 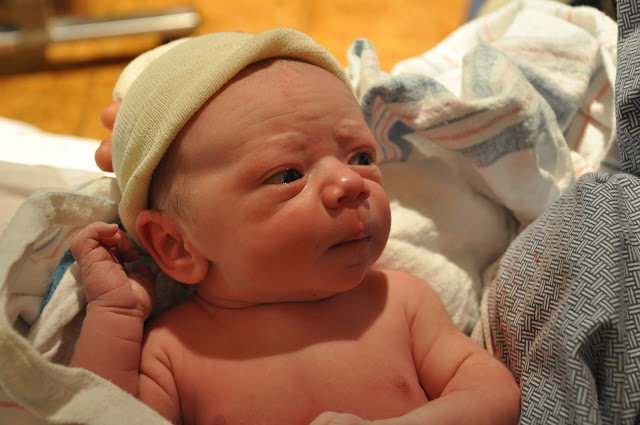 That fuzzy, wrinkly newborn back of his was the softest thing I ever felt: 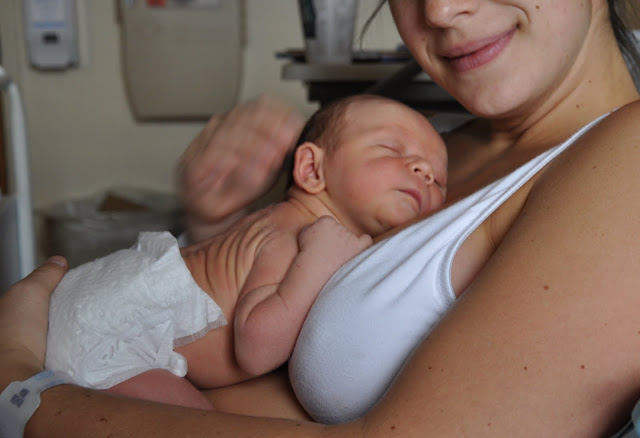 Look at how little he was in his car seat on the way home from the hospital: 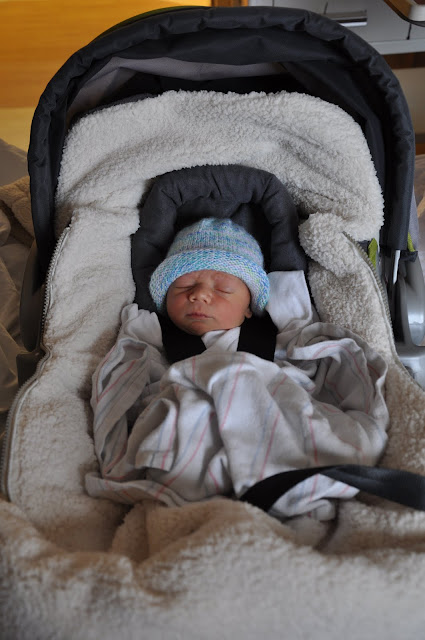 As opposed to now: 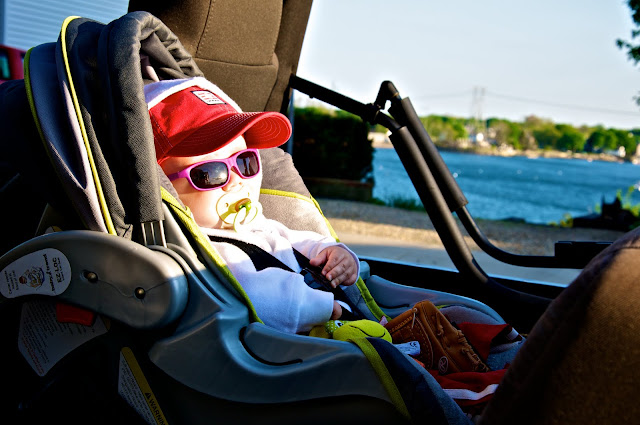 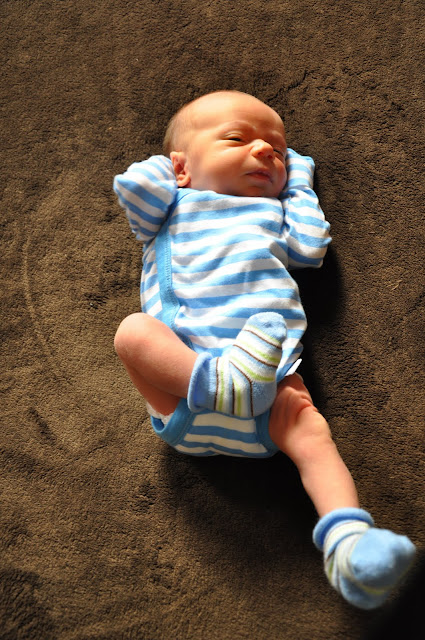 Not so skinny anymore: 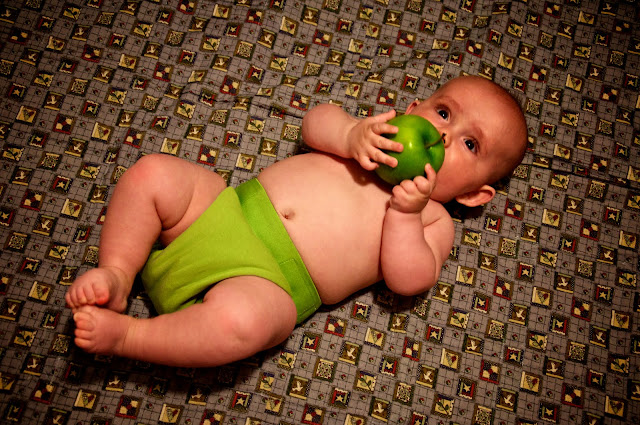 He's still such a little person today, but look at how teeny he was then: 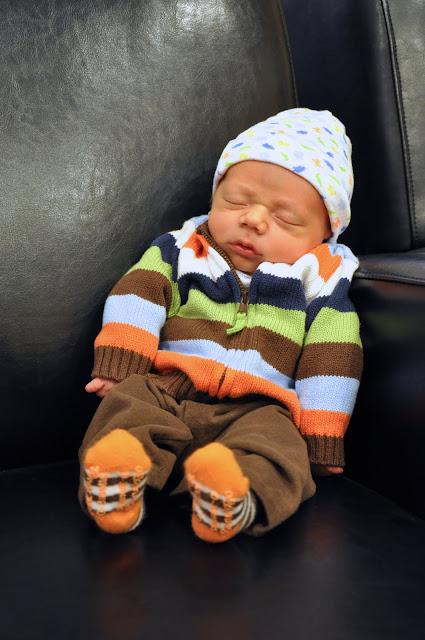 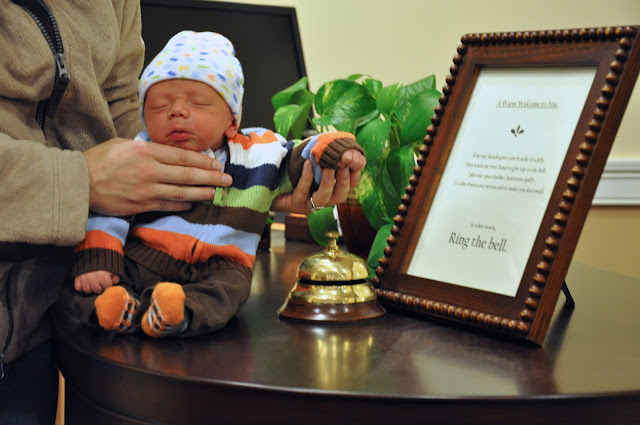 I can't spend forever working on this, so I won't go through the whole list of "should be able tos" again this month, but I will mention one recent development...
Generally, Bobby has been happy to play with whichever one of his dozen or so preferred toys you gave him -- any one would do at any given time.  But now Bobby is becoming quite selective about which toy he plays with.  If he has his eye on one, he won't accept another.  Sometimes he'll have two toys - one in each hand - and he'll sit looking back and forth between them trying to decide which one he wants.
A few nights ago I (brilliantly) let him play with a piece of paper until it started disintegrating in his mouth.  When I took it away, he had a major breakdown.  I mean major; he has never cried that hard or long in his life.  He screamed for 15 minutes, he refused to calm down.  I almost made the same mistake today.  I cannot let that boy near paper.
So, my tiny Bob is six months old already.  At this very moment.  I need to go kiss him now!
(I just went in and kissed Bobby on the cheek, and he smiled in his sleep.  Then I took his picture and he rolled over to cuddle his sheep.)
Posted by conveyableflow at 11:09 PM