Bravery in the bath

One night last week Bobby had a breakthrough in the bathtub.  Seriously even though it's going to sound ridiculous, this was possibly my proudest maternal moment yet.

Bob has always loved the water.  For the first part of his life he did most of his bathing in an infant sized tub.  When he graduated to a full size tub in October he was already sitting and standing and comfortable in the water.  For a while he spent most of his bath time sitting or standing, playing around.  Then he started "swimming" as we call it -- laying on his belly kicking his legs and blowing bubbles in the water.  Once in a while I'd lay him back in the water, holding onto his head; whenever he slipped and fell onto his back he'd panic and go stiff, and I'd reach in quick and sit him back up.

So here comes the night last week.  We were playing "cape" and on the third or fourth time I threw the washcloth onto Bob's back he got so excited that he fell backwards into the water and smacked his head on the bottom of the tub.  I pulled him up as usual, but he was upset and crying.  Whenever he falls in the tub, I act quickly to "rescue" him, but then I don't make a big deal about it; I don't want him to be afraid.  This time since he was more bothered than normal I casually comforted him: "yeah, you fell on your back and hit your head. were you scared? did it hurt? you're okay, buddy."  Hearing what I said got him all worked up and he started shouting "da" over and again.  It took me a minute to figure out that he was trying to say "back" -- he wanted to get on his back again.  So I laid him back in the water and kept my hands on him so that he wouldn't be scared; he was terrified and clung tightly to my wrist.  After a minute I sat him up, and immediately he wanted to go back down again.  Each time his grip loosened a little, and now a week later he spends the majority of his bath time splashing and chillaxin on his back.

Not a big deal to a normal person perhaps but to me, huge.

I thought that night was amazing; I was so proud of Bob and I couldn't stop telling him so.  He fell down and was scared, and he didn't like it, but he didn't run away; he wanted to face his fear and get over it right there on the spot.  And he did.  I hope my son will always face his fears like that. 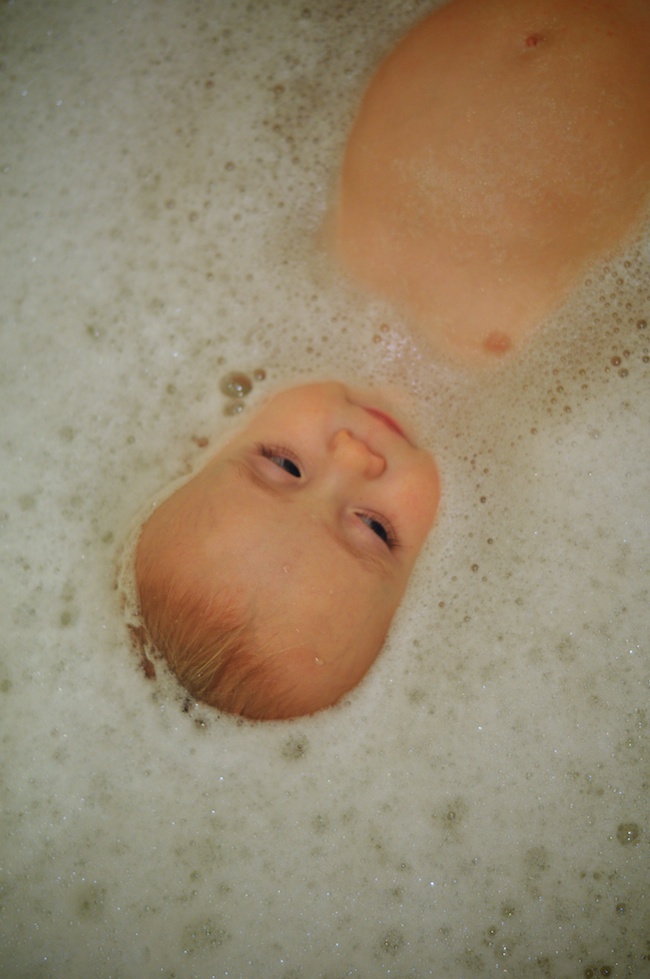 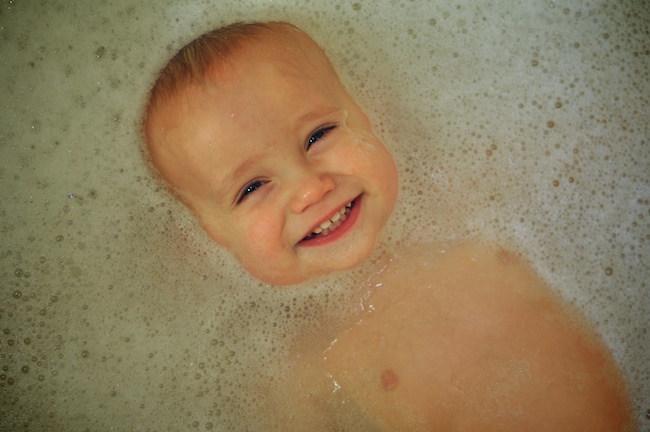 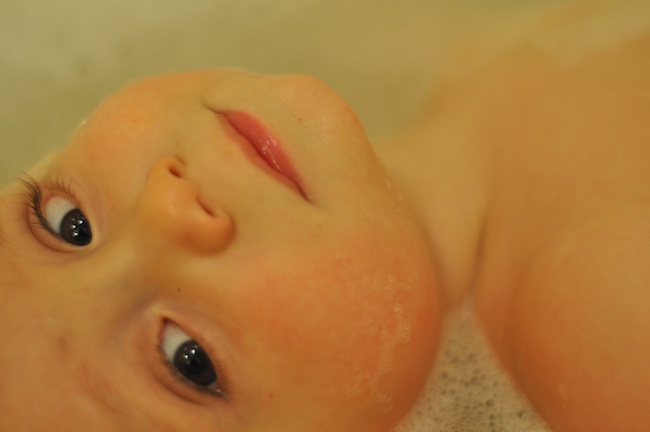 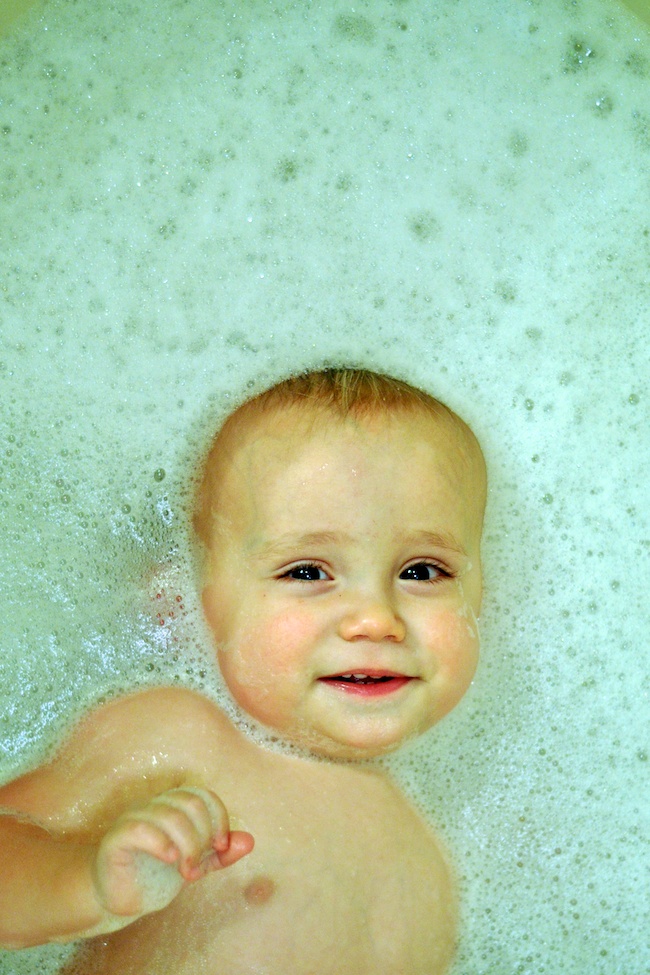 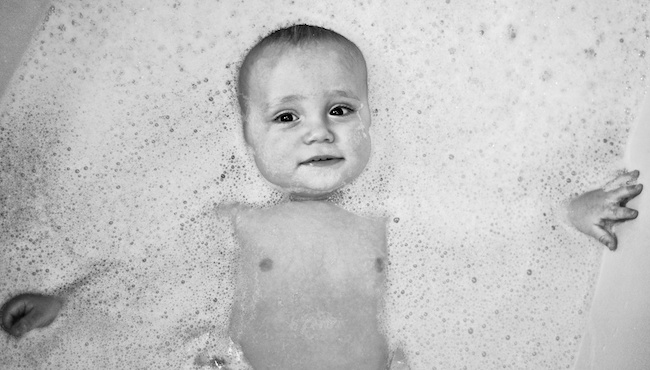 (I've got videos too, but not the stamina to post any now... you could check back...)
Posted by conveyableflow at 11:18 PM